For Macron to speak of a “crisis in Islam” is to pass judgment on a religion of 1.5 billion people and on individual Muslims, writes As`ad AbuKhalil.

With little coverage in Western media, and without support from most Muslim governments, a popular boycott of French goods is underway in many Arab and Muslim countries.

France is alarmed enough about the growing boycott that it dispatched its foreign minister to Egypt on Sunday for a round of apologies and explanation, hoping that the Sisi government would prompt Al-Azhar University to help calm Arab and Muslim public opinion.

Despite shelves emptied of imported French goods, Muslims’ anger  toward the French government and President Emmanuel Macron has been largely reduced in Western media to a mere tiff between Macron and Turkish President Recep Tayyip Erdogan.

Far from being the instigator of the Muslim outrage, Erdogan has merely exploited the public reaction articulated on social media and in some street protests, and posed as the defender of the Prophet. (Muhammad holds a very special status for Muslims. Although he is not worshipped; he represents to them the exemplary Muslim, moral life).

Erdogan’s response to Macron, amplified by Qatari media, should be seen as part of the regional struggle between the Saudi-UAE axis on the one hand, and the Qatari-Turkish axis, which includes the Muslim Brotherhood.

Saudi Arabia and the United Arab Emirates want to avoid any confrontation with the West, especially as Saudi Crown Prince Mohammed bin Salman (MbS) struggles to return to the international scene after the disgrace which befell him with the murder of Jamal Khashoggi.  MbS is too eager for Western rehabilitation to allow friction in his relations with the U.S. and Europe.

But his strategy carries the risk of ceding Muslim leadership from Saudi Arabia, the custodian of Islam’s two holiest sites, to Turkey or Qatar.

The beheading of a French history teacher in Paris on Oct. 16 by a young Chechen Muslim came after the teacher displayed — for explanatory, instructional purposes — a cartoon of Muhammad, while allowing Muslim students to leave the classroom. Macron called the murder “a typical Islamist terrorist attack.” The display of the cartoon has generated the Muslim condemnation and boycott.

Macron has attempted to politically exploit the situation.  His Oct. 2 address on Islam was like a campaign speech and drew accolades from the Islamophobe right-winger Marine Le Pen, who congratulated him for adopting her “common sense” approach to Islamism, as well as by some French socialists who have been vocal in their Islamophobia and attacks on multiculturalism.

AFAIK and unless I missed something, not a single word in #Macron's speech on "separatisms" on the rise of ultranationalism and white supremacy in France.

Macron decreed that “Islam is in crisis,” a declaration impossible for any Western politician to make about Judaism or Christianity. But Islam in the West is unlike any other religion, prompting measures from anti-terrorism laws to regulations on secularism to combat it.

To be sure, Donald Trump, George W. Bush and Macron, for instance, employ the word “Islamist” and not “Islamic,” connoting political Islam rather than the religion, though Macron spoke of Islam in crisis.

In anyway it’s lost in Arabic translation.  If Arabs or Muslims made hostile declarations against “Judaic” or “Christianist” threats of terror, their statements would be seen — and rightly so — as bigotry.

The idea that such a declaration as Macron’s would not translate in most Muslim eyes into hostility to Islam underscores Western disregard for Muslim and Arab opinion.

The repression of Muslims has been a threat, now it is a promise. In a one hour speech #Macron burried #laïcité, emboldened the far right, anti-Muslim leftists and threatened the lives of Muslim students by calling for drastic limits on home schooling despite a global pandemic.

Western media and governments correctly do not tolerate Palestinians invoking religion when criticizing Israel. Zionism is not confined to one religion. Evangelical Christians, for instance, are among the most fanatical Zionists in the world. Israeli war crimes should not be blamed on Jews or on Judaism, just as fanatical Islamism should not be blamed on Muslims or Islam.

The way Macron explained it, the West wants to redesign Islam. Western governments are already setting up institutions to produce Muslim preachers with acceptable views. It’s not too far-fetched to suggest that there may come a time when they may insist on a revision of the Qur’an to fit Western and Israeli policies and interests.

In France, the two are invoked interchangeably.  Despite this heightened anti-immigrant stance in the U.S., one never hears objections to the predominant religion of immigrants, which is Christianity.  (Instead, some on the American right complain about immigration as a threat primarily of Muslim infiltration.)

The banner of secularism in France is raised by politicians to rationalize this hostility to Islam and Muslims in the guise of opposing political Islam, or Islamism.

Islamism is a product of Western interference in the Middle East to begin with.

From the early days of the Muslim Brotherhood in Egypt, which had a relationship with British intelligence, Western powers have often used violent Islamist groups against U.S. enemies in the region.

The U.S. worked with Gulf Arab countries for much of the Cold War to arm and finance Islamist radicals to combat communist and socialist forces in the region (from Gamal Abdel Nasser in the 1950s and 1960s, to the communists later in Yemen and Afghanistan).  But Western secularism (versions of which vary from one country to the other, including in the U.S. where faith-based initiatives struck a blow against the secular pretensions of the state) is neither consistent nor absolute.

France is but an example.  All the rhetoric against Islam and Islamist terrorism, and even complaints against any indications or manifestations of the Islamic faith, (like the “foulard” or the Halal meat in markets) is produced in the name of firm belief in secularism, or what they call “laicite” in France. 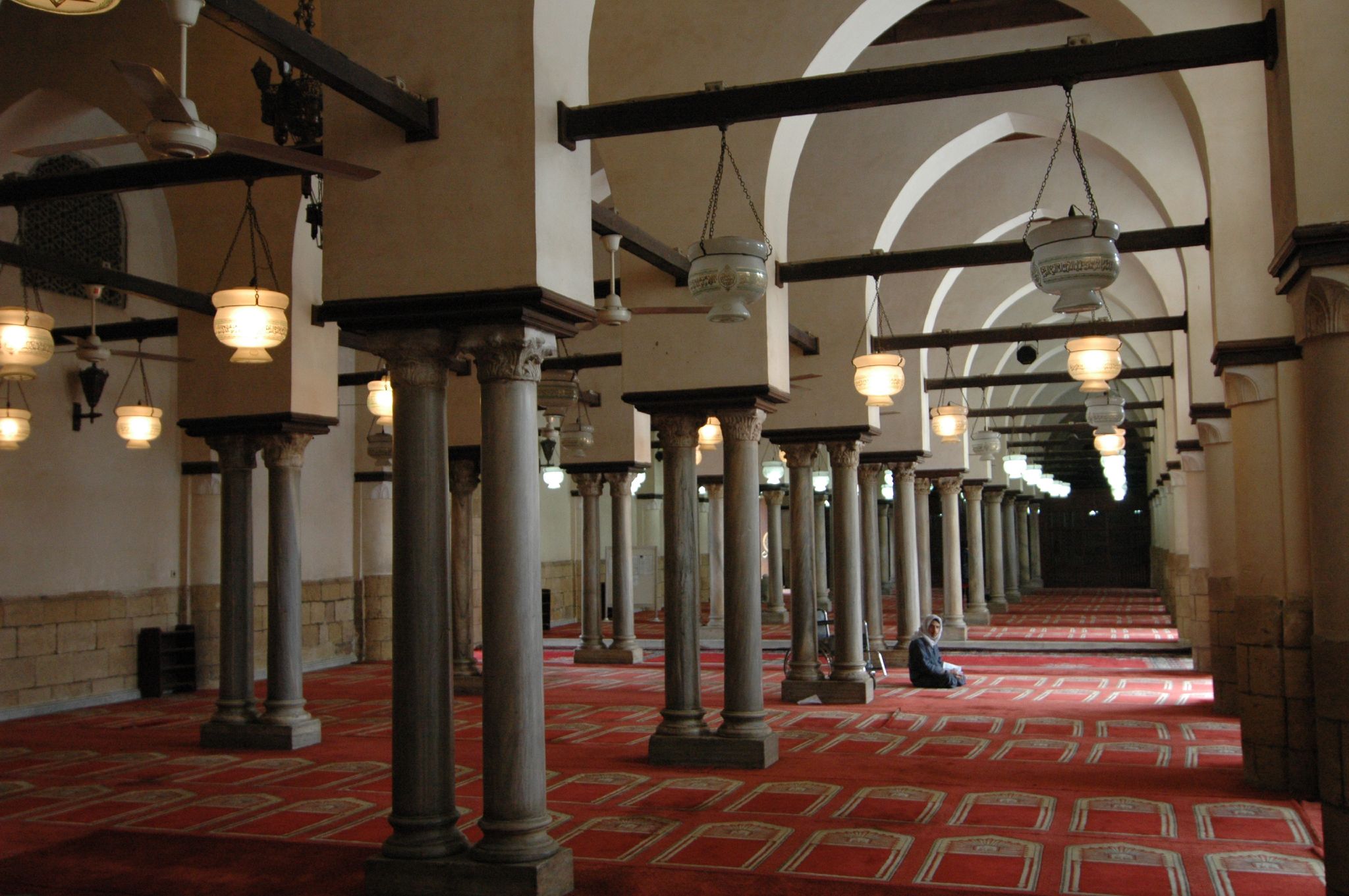 The laicite did not clash, according to politicians, with government support of religious schools. Joan Wallach Scott says in her book The Politics of the Veil that:

“Since 1958, the French government has contributed 10 percent of the budgets of private religious schools; more than 2 million children attend state-supported Catholic schools…The school calendar still observes only Catholic (Christmas, Easter, etc) and state holidays; the proposal of the Stasi commission to add a Jewish and Muslim holidays was rejected by President Chirac” (p. 100-101).

The various forms of insults to Muslims — which indeed is a form of expression that Muslims sometimes don’t realize are deliberate provocations intended to whip up more hatred of Muslims — sends a message from governments and media that Islam won’t be relegated to a protected status sometimes reserved for certain communities and groups.

Western governments have a problem with Muslims worldwide, not just in their local communities. “Islam is a religion that is in crisis all over the world today, we are not just seeing this in our country,” Macron said. For him to speak of a “crisis in Islam” is to pass judgment on a religion of 1.5 billion people, and on individual Muslims.

Macron no longer hiding his feelings about Islam. No longer radical Islam, now it’s just Islam that is the problem https://t.co/ljRK3LuNMM

That Macron links world Muslims to a single Chechen murderer is to hold all Muslims responsible for the murders of each and every individual Muslim.  This has been exactly the method of anti-Semites against Jews.

Macron invoked a new term, “Islamic separatism,” blaming Muslims for living in certain quarters while the segregation is largely class-based.  Historically, Christian Europeans put Jews in ghettoes and then blamed them, and attacked them, for living in ghettos.

There is much in Islamophobia that is borrowed from classical anti-Semitism.  And just like classical anti-Semites, Macron and other Western leaders insist on linking all Muslims to isolated terrorist incidents; while evidence exists that recent terrorist attacks were perpetrated by individuals who were not tied to a group or a network.

Yet, Muslims fall into a trap by allowing themselves to being provoked.  There were insults against the Prophet from the very early days of Islam.  Christianity perfected the art of insulting the Prophet and Islam since medieval times.

When Islamic civilization was then at its zenith, it seems Muslims were more thick-skinned and tolerant of polemical attacks and insults.  As Palestinian historian Tarif Khalidi wrote days ago, Muslim history and theology books at the time contained insults to the Prophet what would cause riots in today’s Arab streets.

Many Muslims have become too defensive in their interactions with the West, and for obvious reasons.  They are on shaky grounds when they complain about insults to their religion and Prophet when Muslim preachers, and even lay people, sometimes hurl insults against Jews and Christians (not to mention insults against Marxist atheists, the least thin-skinned group of “believers”).

The Islamophobic right wishes to instill the idea of Muslims’ intolerance, and some Muslims are reinforcing that view by their overreaction.  It is not lost on many Arabs that some Muslims allow themselves to be outraged over an offensive French cartoon, but not over Western wars, Israeli occupation and aggression and tyrannical rule throughout the region.

It was inevitable that Macron would declare war on Islamism when his political fortunes seem to be sagging, knowing that white voters are drawn to anti-Islamist political messages especially when those messages contain both anti-immigrant and racist themes.

There is little sign of an improved environment of tolerance toward Muslims in Western countries and an economic crisis can easily turn into attacks on immigrants.  France wants to unite the nation, just as the U.S. wanted to unite the nation prior to the civil rights movement.

It is a unity of hierarchy and not of equality: minorities need to know their places in the nation, or else.

← COVID-19: Wage War Against the Philosophy of War
ELECTION 2020: Uber & Lyft Notch Another Victory in Global Exploitation of Gig Workers →