From “Hope and Change” to “Make America Great Again, the system entices people to consume the illusion of choice, writes Nozomi Hayase. 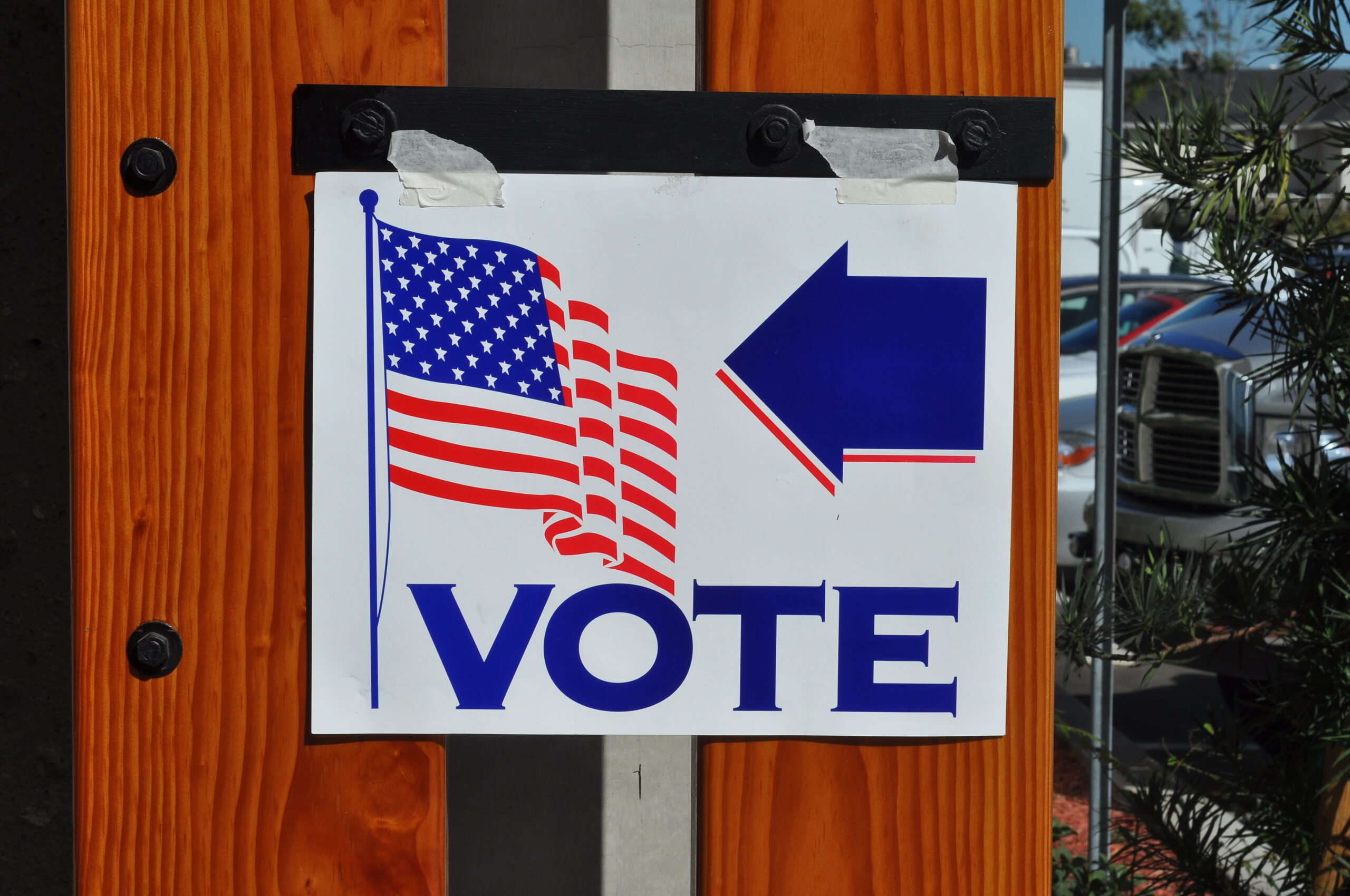 The U.S.  presidential election is just around the corner. This year, Corporate America’s tradition of charade politics presents a contest of Joe Biden vs. Donald Trump. With the “lesser of two evils” choice that only gets worse every election cycle, tormenting swing state voters with a moral dilemma, a prominent political analyst and public intellectual, Noam Chomsky weighed in.

Depicting Trump as “the worst malignancy ever to appear in our political system,” Chomsky urged liberals to engage in strategic voting, for which he has become a strong advocate over the years: “If you don’t push the lever for the Democrats, you are assisting Trump … You have a choice on Nov. 3. Do I vote against Trump or help Trump?”

Yet the truth is that the choice offered at an electoral arena is an illusion. In this corporate duopoly, American voters are held hostage by both parties. We know that a defensive style of voting has not produced the desired results: universal healthcare, ending war and military aggression, stronger environmental protection, and fair distribution of wealth. Yet, many Democrats swallow this painful fact by adamantly sticking to their party line that shifts the blame for their loss onto anyone but themselves.

In 2000, the Democratic Party operatives blamed the third-party candidate Ralph Nader for the election of George Bush, calling Nader “the spoiler” and perpetuating a myth that he stole votes from Al Gore.

In 2016, they recycled the same old bigotry by smearing the Green Party candidate Jill Stein and scapegoating WikiLeaks for the election of Donald Trump by blaming Hillary Clinton’s defeat on the publication of emails of John Podesta, manager of the Clinton campaign, which led to the resignation of top DNC officials and exposed the corruption of the Clinton campaign. 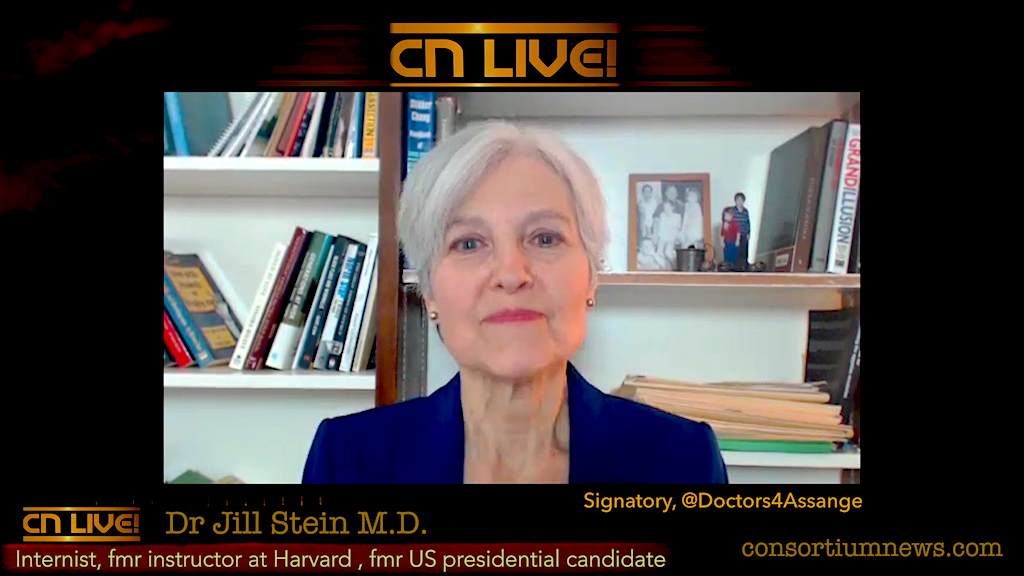 The lesser-of-evils is still an evil. By pushing the levers for the Democrats at the ballot box, we validate the imperial machine that perpetuates war, racism and exploitation. Long before the Trump presidency, the malignancies of white supremacy, discrimination, and hostility toward women and minorities were already been present in the nation.

The American political system, from its very inception, was never intended to be democratic. It was designed to favor the elite rule of wealthy white men. Despite the noble ideals of the framers of the Constitution, the history of this republic contains internal contradictions and a dark shadow which has manifested in the genocide of natives, enslavement of blacks and suppression of women. 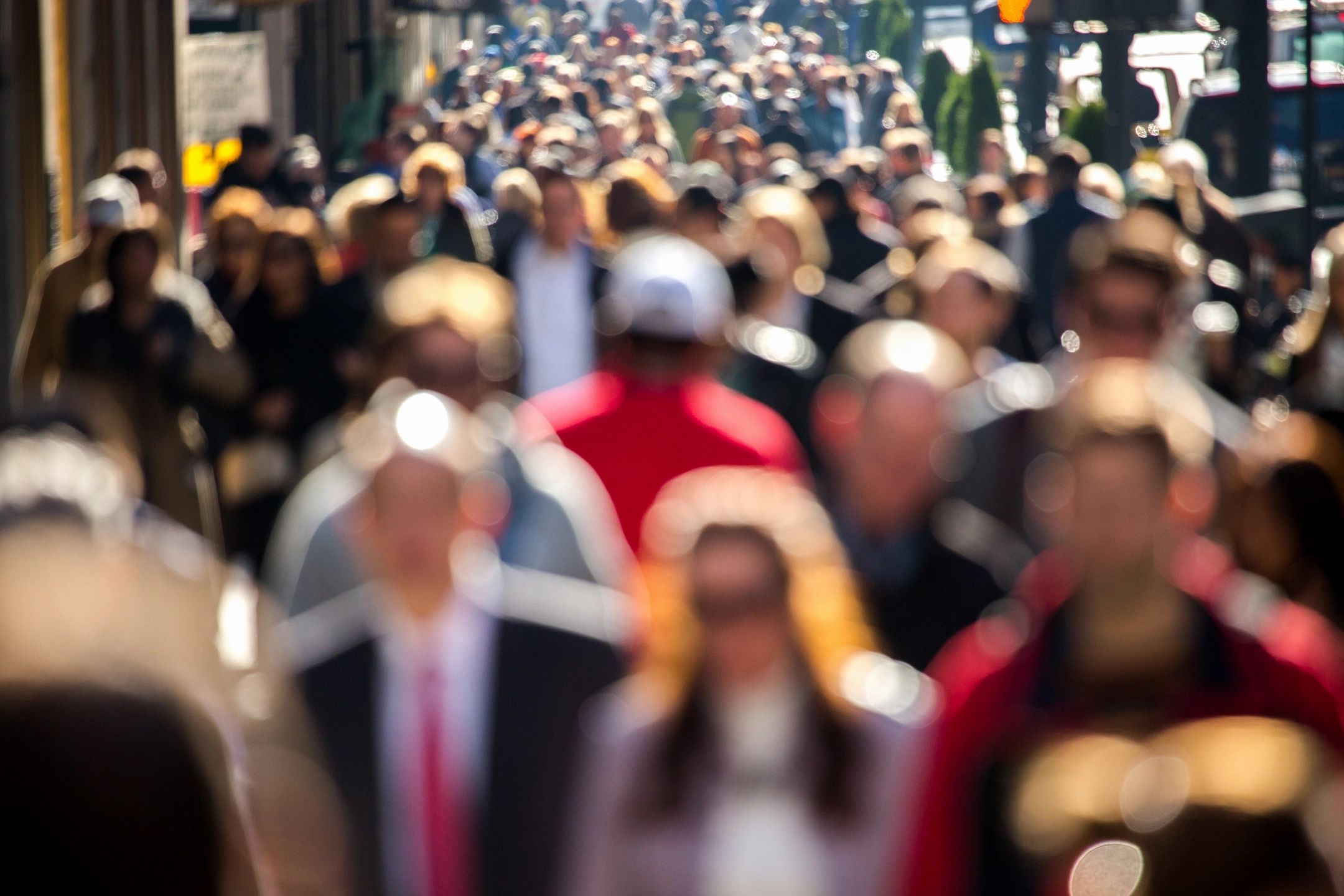 Deep injustice inflicted upon people of color at the beginning of the American republic was covered up by symbols: flags, a national anthem and legends that turned the generals and founding fathers into heroes and patriots.

Electoral politics is an instrument of control set up to maintain the official narrative that glorifies guns and worships plunder, justifying the destruction of the culture of indigenous people in the name of American Manifest Destiny. Every four years, corporate masters behind the scenes, with soaring rhetoric and campaign slogans, create a spectacle of democracy. They further advance a version of history that erases past transgressions and creates a favorable image of the future.

From “Hope and Change” to “Make America Great Again,” the system entices people to consume the illusion of choice, making them chase after ever-changing packages of political candidates who are essentially the same product. The glorious madness of red and blue fever sucks us into an insulated bubble of the American Dream, separating us from the daily experience of those who are impoverished, defrauded and dispossessed.

As polls are now tightening with hyped-up fear, the pressure on undecided voters in key states increases. Defenders of strategic voting often criticize those who vote for a third party or a write-in. They discourage principled voting, calling it a protest vote that is futile. Some have tried to convince them more aggressively, claiming that not voting for Biden is a vote for Trump and that it is the less-privileged people who will suffer. Yet, one’s refusal to submit to the choice that is offered on the ballot is not throwing one’s vote away nor a mere gesture. It is an act of civil disobedience that has made real progress possible in our society.

Conscience reawakens our hearts to the ideals of the Declaration of Independence; encourages a tiny voice within to overcome fear and refuse to play by a rule that denies our inherent obligation to one another.

As we collectively drowse in an illusion of democracy, and the corporate takeover of the government deepens corruption, the resistance of memory emerged on the internet. Former U.S.  military intelligence analyst Chelsea Manning, through her whistleblowing, engaged in an act of civil disobedience motivated by her own conscience. She is the source behind the WikiLeaks’ publications that embarrassed the U.S.  government with details of diplomatic cables, and exposed U.S.  war crimes in Iraq and Afghanistan and illegal torture at Guantanamo Bay. 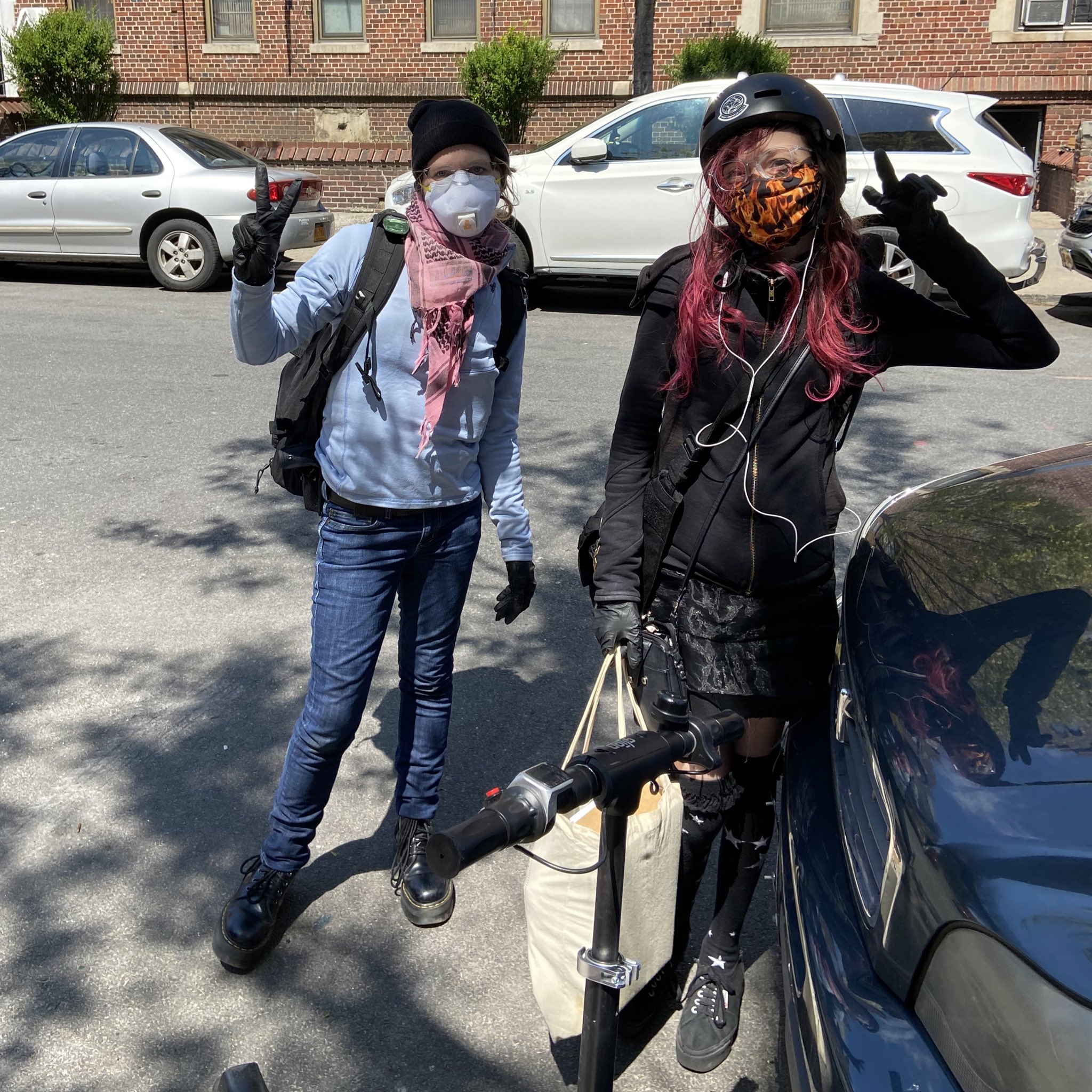 Chelsea Manning (left) in Brooklyn, N.Y., in April, a few weeks after being released from her most recent incarceration, for refusing to testify before a grand jury investigating Julian Assange. (@anarchakelly, CC BY-SA 4.0, Wikimedia Commons)

The publication of the “Collateral Murder” video revealed a U.S.  Army helicopter gunship attack in New Baghdad, killing innocent civilians, including two Reuters’ journalists. It showed the American public the real face of those who are made into enemies by the corporatized military industrial complex.

The cynical naming of the Apache helicopter evokes a memory of the tragedy that took place long ago on American soil. The uncensored images of modern war that showed the brutal projection of U.S.  power into the oil-rich Middle East restored lost pages of history. The cruel scenes where U.S.  soldiers engaged in bloodlust, celebrating their killing of civilians for sport gave us an opportunity to witness our own savagery that destroyed the lives and civilization of Native Americans.

Manning’s act of conscience interrupted the course of history that was proceeding with a monologue that was shutting down voices of dissent that challenged the supremacy of the corporate state and its dominant narrative.

From the Arab Spring, the Indignados movement in Spain, and Occupy in Manhattan, WikiLeaks publications sparked the global uprisings, transforming pervasive defeatism into collective action on the streets. History has now re-awakened, freeing people from the illusion of democracy and opening a path for self-determination.

As the information released by Manning began to resuscitate the heart of democracy, the empire struck back. Manning’s act of conscience was punished by President Barack Obama who betrayed his own “Sunshine Policy” campaign promise by launching an unprecedented prosecution of whistleblowers.

She was put into a cage in Kuwait and the Quantico Marine brig, and was detained well beyond the legal time limit in conditions that amounted to torture. She was charged under the Espionage Act and sentenced to 35 years in prison before Obama granted her clemency in 2017. 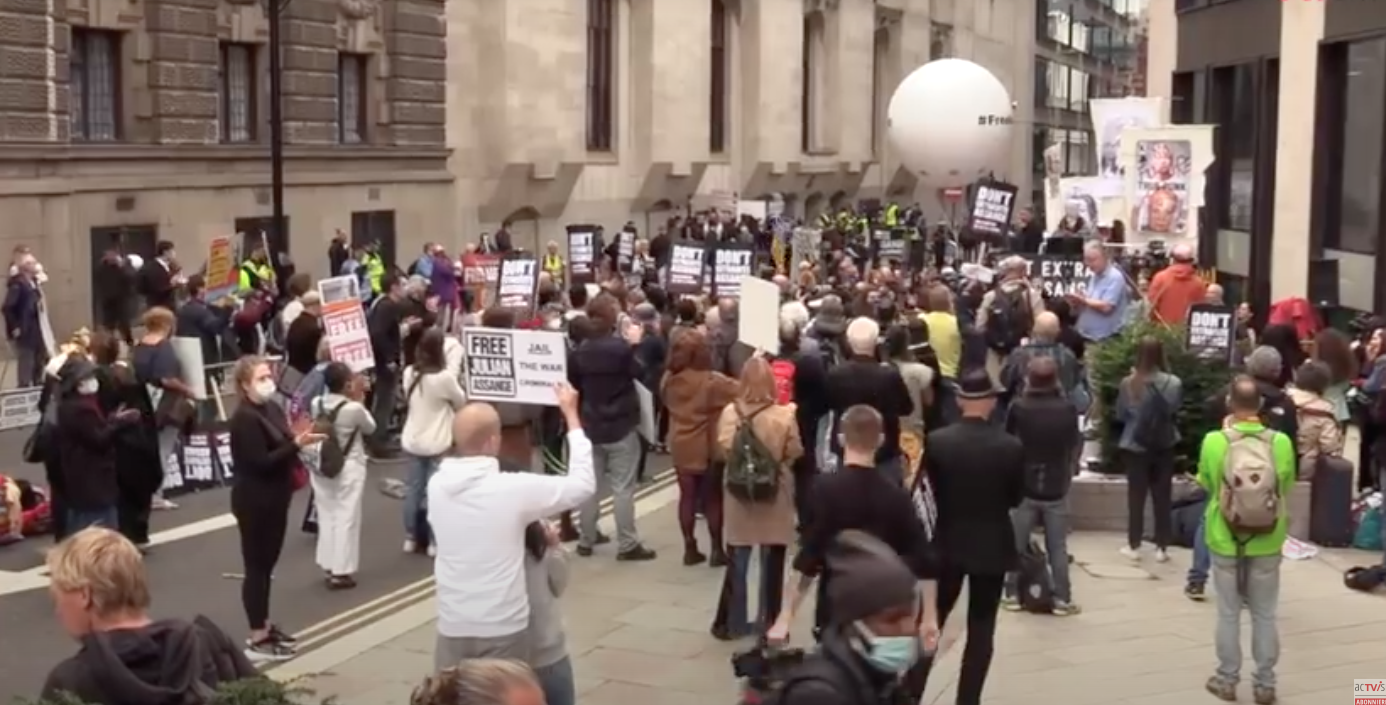 The Trump administration carries on the legacy of Obama’s war on whistleblowers, expanding its battlefield to attack journalists. For publishing the evidence of the U.S. government’s war crimes, WikiLeaks publisher Julian Assange was indicted on 17 counts of espionage and one count of conspiracy to commit computer crime.

In the month of October, Assange’s U.S.  extradition hearing was held at the Old Bailey in London. NGOs and journalists were denied access to monitor and report on the proceedings, creating a serious barrier to open justice. In a Stasi-style show trial, and a mockery of justice, Assange was put behind a glass wall, not allowed to sit with his lawyers.

By turning a journalist who is not convicted of any crime into a terrorist, the empire rewrites history. Warmongers deflect and deny their own crimes that were exposed by the defense witnesses, whose testimony included evidence of the murder of an estimated 15,000 civilians, casualties that were previously unknown and the CIA illegal kidnapping and torturing of a German citizen.

Through massive character assassination, the U.S.  government effectively demonized the Australian native who exposed the darkness inside our history, flagging him as an Enemy of the State. As Assange deteriorates inside London’s maximum-security prison, the authoritarian regime now wants to throw him into the darkest corner of the U.S.  federal prison system, making him disappear and erasing him from our memory forever.

In Defense of Democracy

Now, less than a week before Election Day on Nov. 3, the political theater reaches its finale in the enterprise of disfranchisement with last minute get-out-the-vote calls. A slogan of “Defeat fascism and elect Biden” amplified in an echo chamber of liberal media induces collective amnesia. 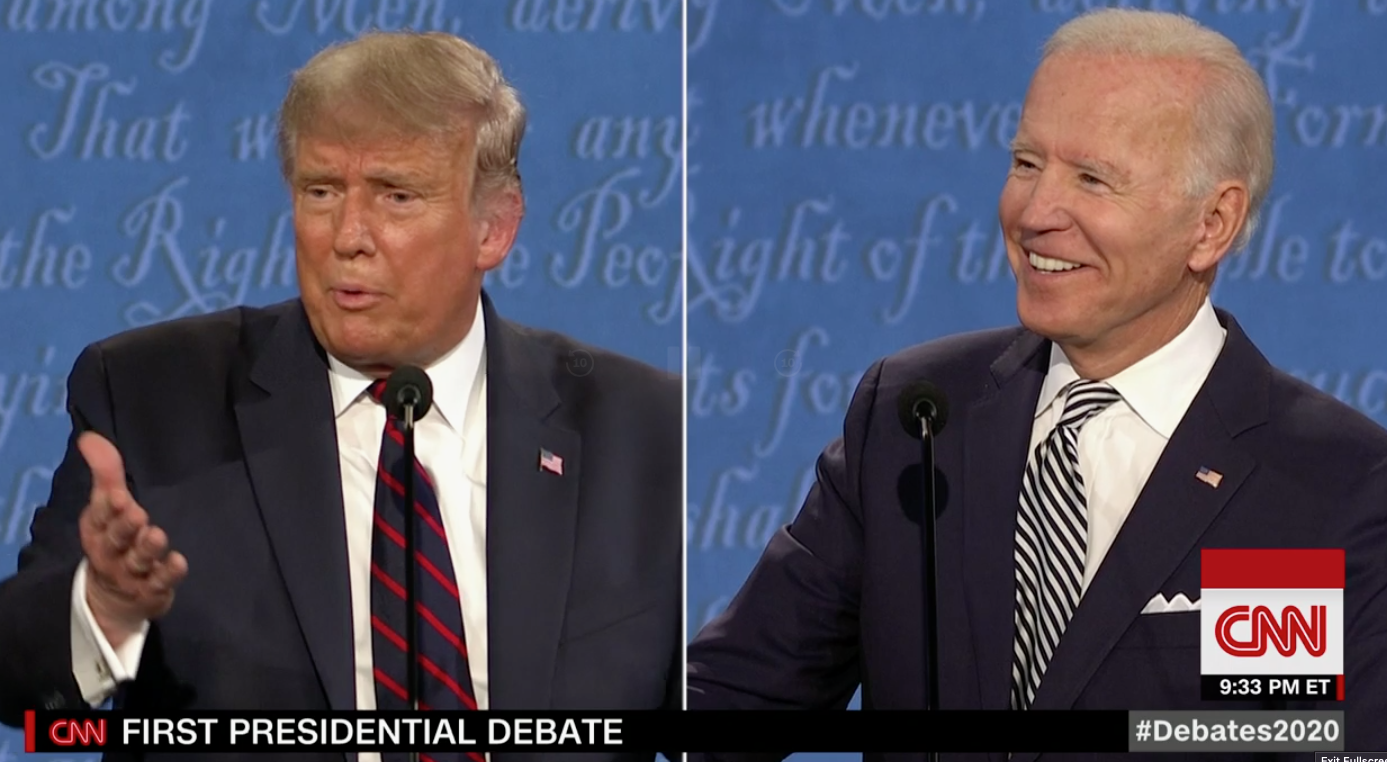 The approach of strategic voting fragments our larger memory of ourselves as “We the People,” the breath that inspired the Constitution. This fear-based action, presented as practical and expedient, suppresses the heart of democracy; the freedom of speech, the right of the people peaceably to assemble, and to petition the government for a redress of grievances.

By falling prey to the tactics of “divide and conquer,” we become a narrow tribe of Democrats and Republicans, pitted against one another. One by one, we become cogs of the war machine, and through our bipartisan assured mutual destruction we further accelerate the hijacking of our republic into a national security surveillance state.

The cries in the wilderness of those who have been silenced in our history call for our resistance. Our refusal to vote for the lesser of evils is our nonviolent civil disobedience. It is our resistance — our collective act of remembering —to stand in solidarity with the courage of truth-tellers, who have sacrificed their liberty in defending those who have been oppressed, marginalized and excluded from our system.

Another world is possible, but not without us fighting for it. We must defeat this malignancy of the “lesser of two evils” politics to defend our democracy. Only through each person’s act of conscience, can we claim our own power, free those who have been condemned into the dungeon of our unredeemed past, and together begin to work on creating a future built on the principle of equality and liberty for all people.

Nozomi Hayase, Ph.D., is an essayist and author of WikiLeaks, the Global Fourth Estate: History Is Happening. Follow her on Twitter: @nozomimagine