The plan, revealed in an internal USPS document, is getting slammed as yet another Wall Street power-grab. 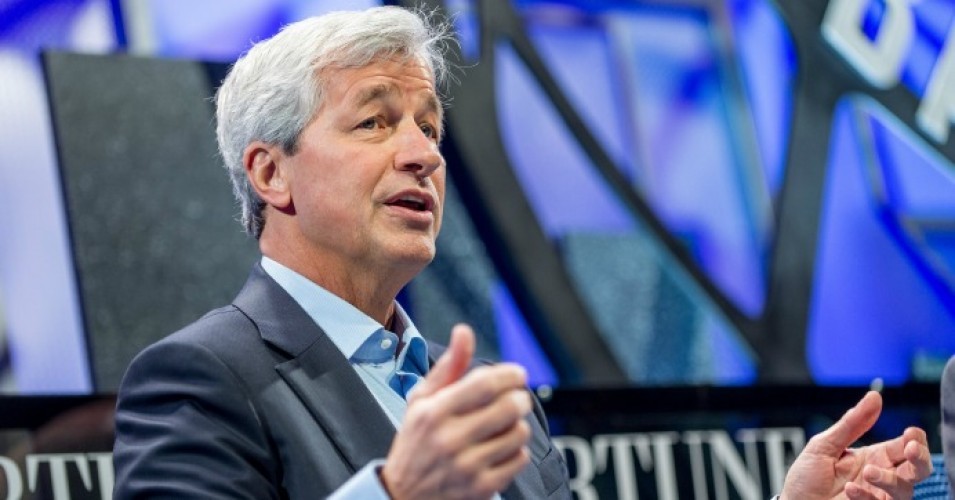 JPMorgan Chase, the largest financial institution in the United States, is reportedly in talks with the U.S. Postal Service about a proposal to set up ATMs in post offices in several states across the country—a plan critics warned is an effort to eliminate the possibility of a public postal banking system.

Capitol Forum reported Wednesday that the Postal Service — currently headed by Louis DeJoy, a Republican megadonor to President Donald Trump — is “considering a proposal from JPMorgan Chase (JPM) to offer banking services in post offices in a move that could give the Wall Street giant an exclusive right to solicit postal customers.”

A recent internal USPS planning document obtained by Capitol Forum says “the Postal Service is in discussions with JPMorgan Chase concerning a potential limited pilot test of ATM and other banking services located on Postal Service premises in several states.” One anonymous source told Capitol Forum that the pilot would involve the Wall Street giant “leasing space from the Postal Service.”

Sen. Sherrod Brown (D-Ohio), the top Democrat on the Senate Banking Committee and author of postal banking legislation, slammed the reported plan as yet another destructive Wall Street power-grab.

“What JPMorgan Chase wants to do looks like another attempt for big banks and corporations to privatize our public infrastructure so their shareholders gain while working families suffer,” Brown told the New York Times, which confirmed Capitol Forum‘s reporting on the talks between USPS and JPMorgan Chase.

Times reporter Emily Flitter noted that big banks have long been fervently opposed to the idea of a USPS-provided banking system. “If JPMorgan had ATMs and other facilities in post offices, it could make it harder for postal banking to become a reality,” Flitter tweeted Wednesday. “Banks oppose the idea of postal banking because it would represent another source of competition for them.” 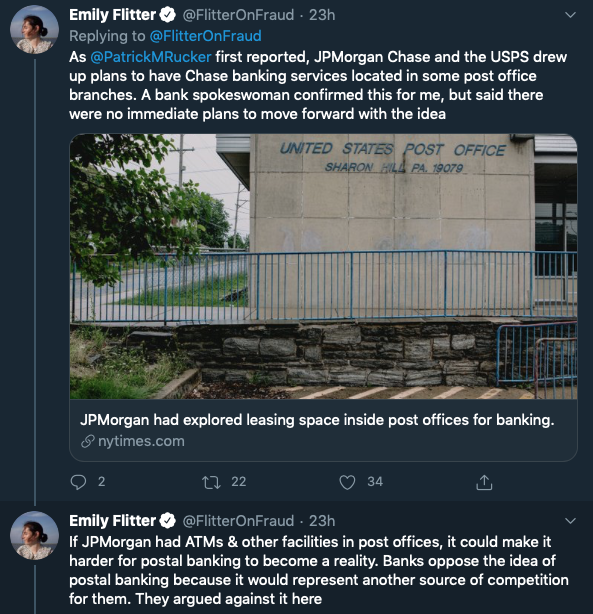 David Dayen, executive editor of The American Prospect, warned that the plan being explored by JPMorgan Chase and the USPS “would be no more than a rental of ATM space in exchange for the elimination of a potential rival before it gets going.”

“This wouldn’t expand services for the unbanked, wouldn’t change the terms that put big bank financial services out of reach for poorer people,” said Dayen. “It’s designed just to stop postal banking from being offered with an exclusivity agreement. It’s more an antitrust violation than a deal.”

News of the talks between Wall Street and the USPS comes as DeJoy is facing massive public backlash over changes to mail operations that postal workers believe are designed to pave the way for privatization of the most popular government institution in the country. On Tuesday, DeJoy vowed to suspend — but not reverse — his policy changes until after the November election.

Economist Robert Reich tweeted Wednesday that “a people’s post office would offer banking services to compete with JPMorgan and the other big Wall Street (too-big-to-fail) banks, now ripping off Americans with exorbitant fees.”

“Instead,” Reich wrote, “USPS is now considering partnering with JPMorgan to set up its banks inside post offices.”

← QAnon Is a Fake, Decoy Imitation of a Healthy Revolutionary Impulse
Protecting Food From the Hungry →