Caitlin Johnstone calls QAnon a propaganda construct designed to manufacture support for the status quo among people who otherwise would not support it. 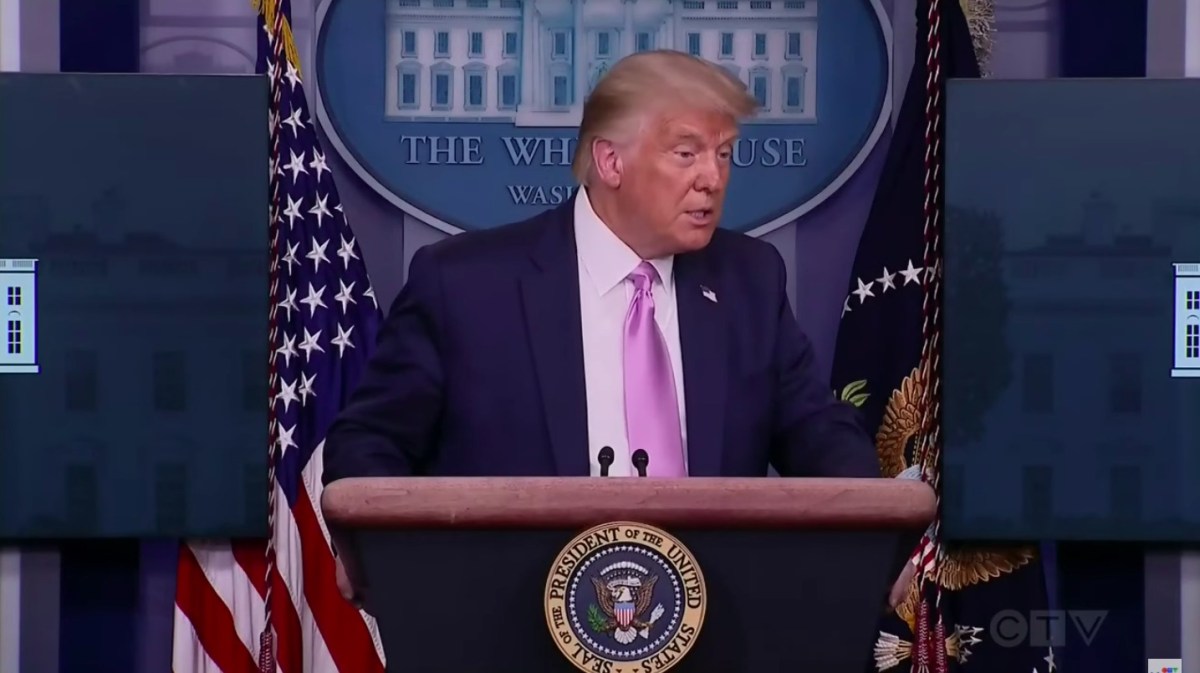 The U.S. president has moved from tacit endorsement and evading questions on the toxic QAnon psyop to directly endorsing and supporting it, telling reporters “I don’t know much about the movement other than I understand they like me very much, which I appreciate,” and saying they’re just people who love their country and don’t like seeing what’s happening in places like Portland, Chicago and New York City.

Asked about the driving theory behind QAnon — that Trump is waging a covert war against a satanic pedopheliac baby-eating Deep State —Trump endorsed the idea but reframed it by saying that he’s leading a fight against “a radical left philosophy.”

Of course, Trump did not claim to be fighting any satanic pedovores, because he is doing nothing of the sort. Nor is he fighting the Deep State; despite all the virulent narrative spin he’s been a fairly conventional Republican president in terms of policy and behavior in all the usual depraved and disgusting ways, and has done nothing of note to stand against the unelected power Establishment known as the deep state. He absolutely has been brutalizing protesters in places like Portland and attacking socialism in places like Venezuela and Bolivia, though, so he can indeed safely admit to that.

The disingenuous nature of Trump’s endorsement hasn’t done anything to dampen the excitement and enthusiasm of QAnoners online, though.

He basically confirmed the movement. We, together with the US military, are the saviors of mankind.

What an incredible time to be alive. pic.twitter.com/O5O6rt5TAE

I write against QAnon periodically for the exact same reason I write against the plutocratic media: it’s an obvious propaganda construct designed to manufacture support for the status quo among people who otherwise would not support it. It presents itself as an exciting movement where the little guy is finally rising up and throwing off the chains of the tyrannical forces which have been exploiting and oppressing us, yet in reality all it’s doing is telling a discontented sector of the population to relax and “trust the plan” and put all their faith in the leader of the US government.

And that’s exactly what makes QAnon so uniquely toxic. It’s not just that it gets people believing false things which confuse and alienate them, it’s that it’s a fake, decoy imitation of what a healthy revolutionary impulse would look like. It sells people on important truths that they already intuitively know on some level, like the untrustworthiness of the mass media, that the official elected U.S. government aren’t really the ones calling the shots, and that we need a great awakening. It takes those vital, truthful, healthy revolutionary impulses, then twists them around into support for the U.S. president and the agendas of the Republican Party.

And now literally any time I speak out against Trump doing something self-evidently horrible like orchestrating the extradition of Julian Assange or assassinating Iran’s top military official, I get QAnon adherents in the comments section telling me to “relax” and “trust the plan” because this is actually a brilliant strategic maneuver against the deep state. Any argument against any longstanding evil Fox News Republican agenda that Trump advances has a widely promulgated explanation for why it’s actually good and beneficial among the QAnon crowd.

How You Can Be 100% Certain That QAnon Is Bullshit

The fact that people need to be deceived by their healthy impulses in this way is a good sign; it means we’re generally good people with a generally healthy sense of which way to push. If we were intrinsically wicked and unwise their propaganda wouldn’t hook us by telling us to fight tyranny, defend children and tell the truth — it would hook us using our cowardice, our hatred, our greed, our sadism. People are basically good, and propagandists use that goodness to trick us.

But good will and good intentions aren’t enough, unfortunately. Even intelligence, by itself, isn’t enough to save us from being propagandized; some fairly intelligent people have fallen for propaganda operations like QAnon and Russiagate. If you want to have a clear perspective on what’s really going on in the world you’ve got to have an unwavering devotion to knowing what’s true that goes right down into your guts.

Most people don’t have this. Most people do not have truth as a foremost priority. They probably think they do, but they don’t. When it comes right down to it, most people are more invested in finding ways to defend their preexisting biases than in learning what’s objectively true. If they’ve got a special hatred for Democrats, the confirmation biases that will give them leave them susceptible to the QAnon psyop. If they’ve got a special hatred for Trump, they’re susceptible to believing he’s controlled by some kind of Russian government conspiracy. There are any number of other directions such biases can carry someone.

Only a humble devotion to truth that is willing to sacrifice any worldview or ideology to the uncompromising fire of objective reality allows anyone to skillfully navigate through a world that is saturated with disinformation and propaganda. Sincerely put truth first in all things while doing your best to find out what’s actually going on in our world, and eventually you’re guaranteed to free yourself from any perceptual distortion.

19 comments for “QAnon Is a Fake, Decoy Imitation of a Healthy Revolutionary Impulse”