Even before the blast, many in this vulnerable community were stranded by pandemic travel restrictions. 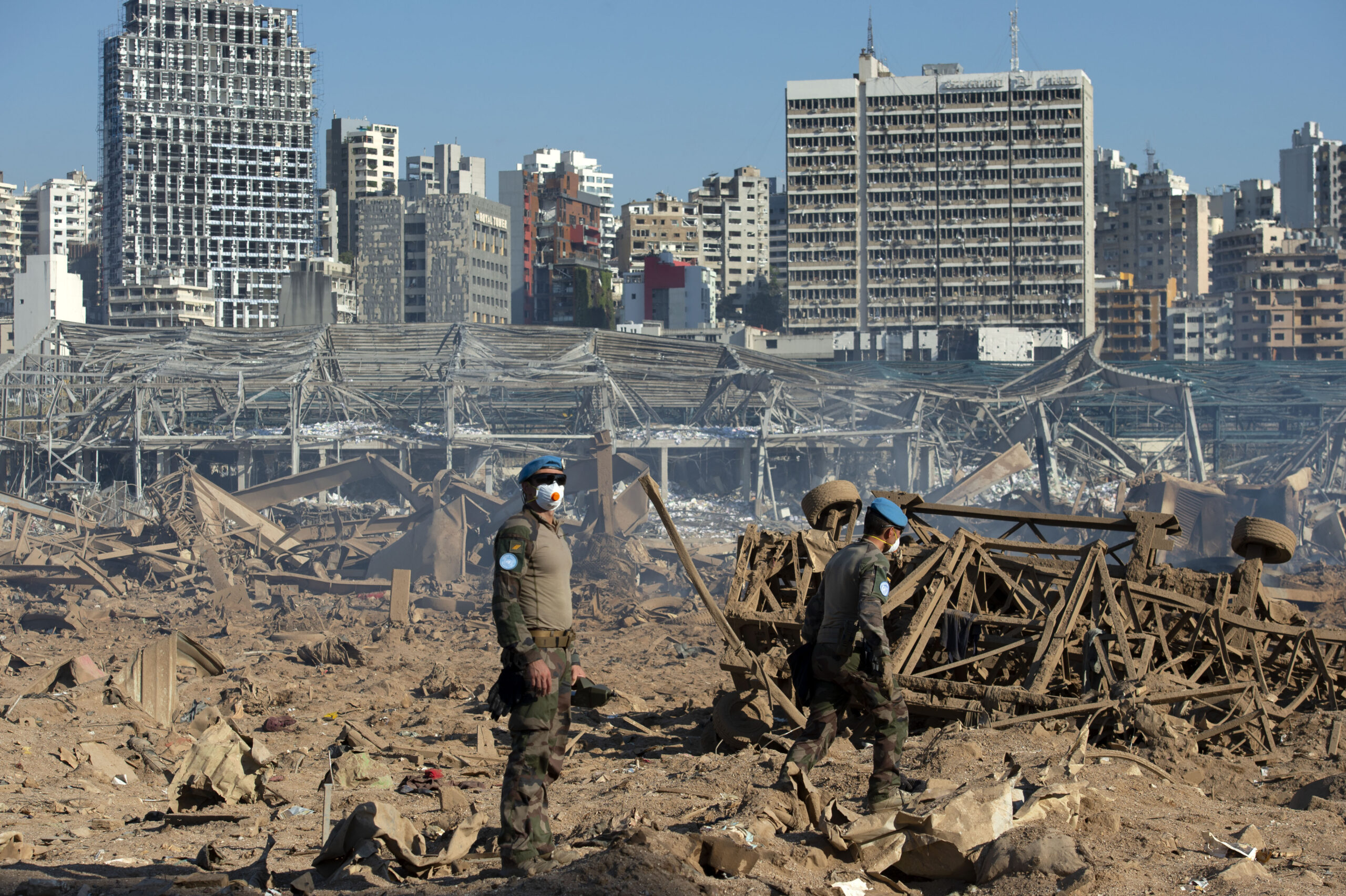 By Samira Sadeque
at the United Nations
Inter Press Service

Migrant workers and refugees in Lebanon will inevitably suffer the most as food insecurity threatens the nation following last week’s blast.

“People already living in poverty – including destitute migrants and refugees – will inevitably suffer the most,” Angela Wells, public information officer at the department of operations and emergencies at the International Organisation for Migration (IOM), told IPS.

This is because, prior to the blast, they were already among those most affected by food insecurity, with about 62 percent reporting inadequate access to food in July, Wells said.

Wells spoke to IPS after Najat Rochdi, United Nations resident and humanitarian coordinator and deputy special coordinator for Lebanon, warned at a UN press briefing on Monday that Lebanon is facing a potentially dire food shortage.

“We are left with only four weeks of wheat and grain,” she said, adding that there will be a “very serious food insecurity situation” in the country unless Lebanon receives assistance immediately.

The Aug. 4 blast left an estimated 200,000 people homeless or living in homes without windows or doors, according to the BBC. An estimated 200 people were killed and some 5,000 injured.

UNHCR is seeking $12 million for the emergency response to the hardest-hit & most vulnerable households in #Beirut.

Our support focuses on the most vulnerable in the community across two major areas – shelter & protection.

The World Food Programme has since announced it will send 50,000 tonnes of wheat flour to Lebanon, “to stabilize the national supply and ensure there is no food shortage in the country.”

This week the country’s government resigned as protesters took to the streets to express their mounting anger about the explosion and the government’s corruption.

Rochdi, who had felt the effects of the blast, spoke of her personal experience and said she was still reeling from the trauma. Rochdi said that the explosion was yet another blow to Lebanon. This past year has seen poverty and unemployment rates soar, and Lebanon has been immersed in an “unprecedented economic and financial crisis.” 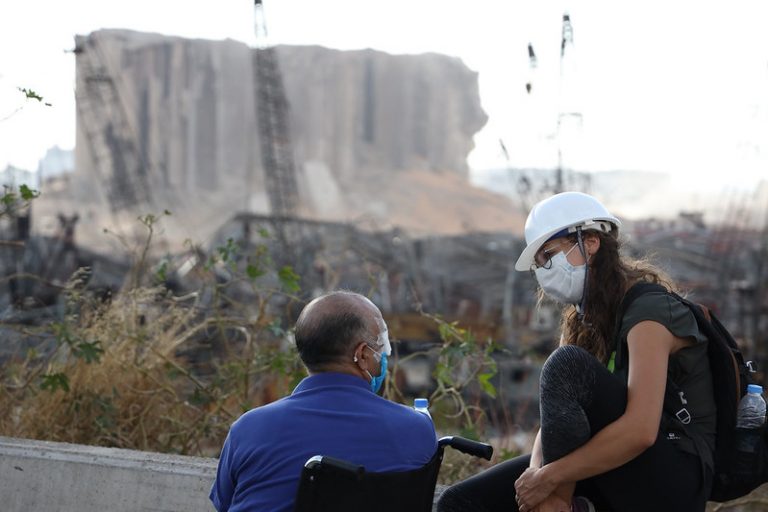 A man and a woman in front of the Beirut Port, Lebanon, following the blast. (UN Women Arab States/Dar Al Mussawir)

Wells confirmed that a large percentage of the migrant workers in Beirut live within the “damage radius” of the explosion.

Refugee and migrant workers from the Horn of Africa and Asia were among the worst affected by the financial crisis in Lebanon. The Covid-19 pandemic further exacerbated this, and many migrant workers were left on the streets with no money from their employers.

For many in the community, it was also difficult to maintain social distancing, which only adds to the problem.

“Many migrant workers live or work in crowded or unsanitary conditions with limited access to clean water, sanitation or hygiene supplies,” Wells told IPS. “In these places, Covid-19 can easily spread. Their access to health care is often compromised, particularly for those who are undocumented.”

This doesn’t help a community that was already vulnerable before both the blast and the pandemic. Refugee and migrant workers often don’t have access to social safety nets that citizens benefit from during times of crisis like this, Wells said. 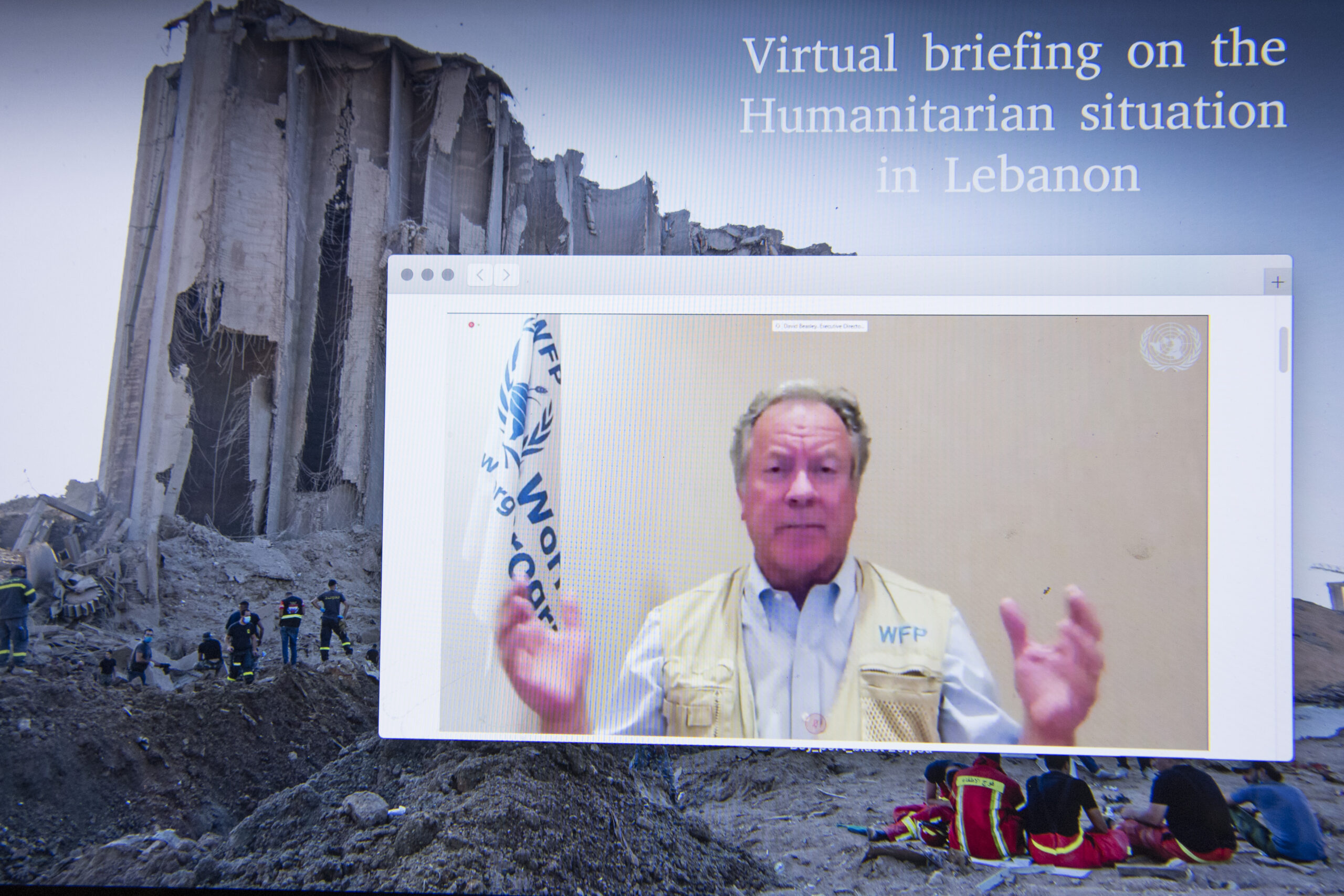 For many, being undocumented means being more vulnerable to abuse, while their access to services such as healthcare remain limited.

“The needs of migrants and refugees deserve immediate attention,” Wells said. “As a matter of priority, these include food; a safe roof over their heads or cash that helps them to pay rent; as well as health care for those whose physical or mental health has been compromised.”

At Monday’s talk, Rochdi highlighted key areas that need to be addressed immediately. These include: assistance to help sustain emergency intensive and specialized healthcare; shelter and expansion of protection of assistance, including counselling and psychological support; support to basic water and sanitation; assistance to enable educational activities to resume; and support to ease the growing food insecurity among the most vulnerable.

“We want the Lebanese people to go back on their feet,” Rochdi said. “I encourage and urge donors to continue to be generous to ensure that no one is left behind and that the Lebanese and Beirut people know they are not alone.”

← Social Security Hits 85— The Crown Jewel of the New Deal
BEIRUT EXPLOSION: It Is Late, But it Is Early Morning if We Insist →