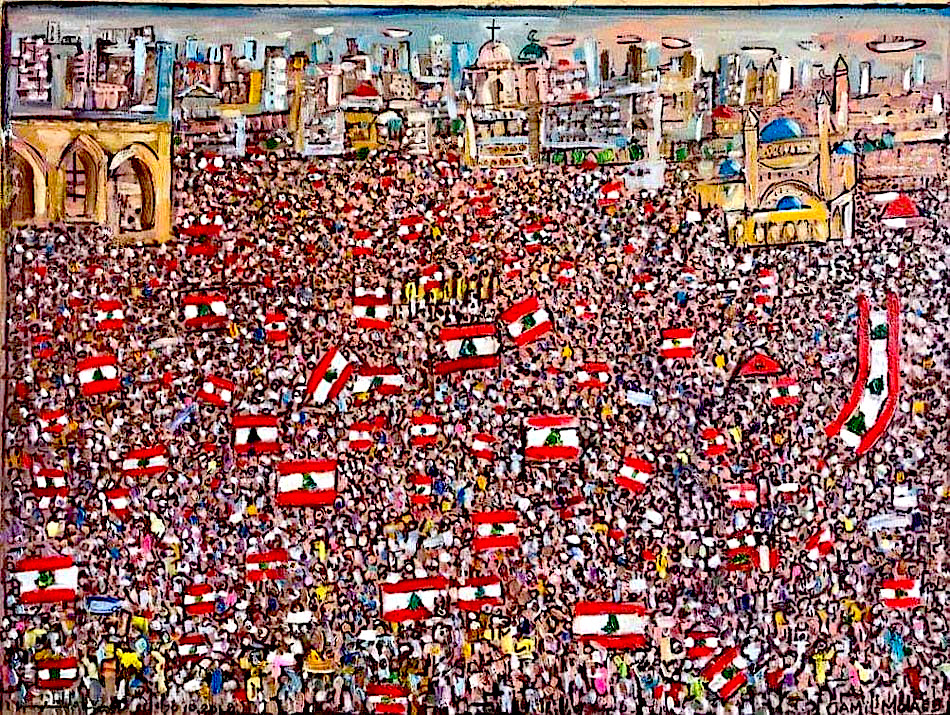 The explosion is the cherry on top of the horrors of a 30-year post-civil war political structure that saw militia leaders turn in their fatigues for business suits, writes Vijay Prashad.

Nothing happens in Beirut and Lebanon that is transparent; plots of all kinds unravel against the ordinary hopes of the population. After the deadly explosion, it was impossible to imagine that the most reasonable explanation would be accepted. Rumors flew around, except the rumors did not have their impact. It was clear to the people that this time — unlike so many times previously — it was their own political system that had to be held accountable for the enormous explosion, which came in the midst of a pandemic, a currency and economic crisis, and a long-standing and unresolved political quagmire.

From Tricontinental: Institute for Social Research comes “Red Alert No. 8: The Explosion in Beirut.” This red alert has been put together by organizations and people from Lebanon, for whose input we are grateful. 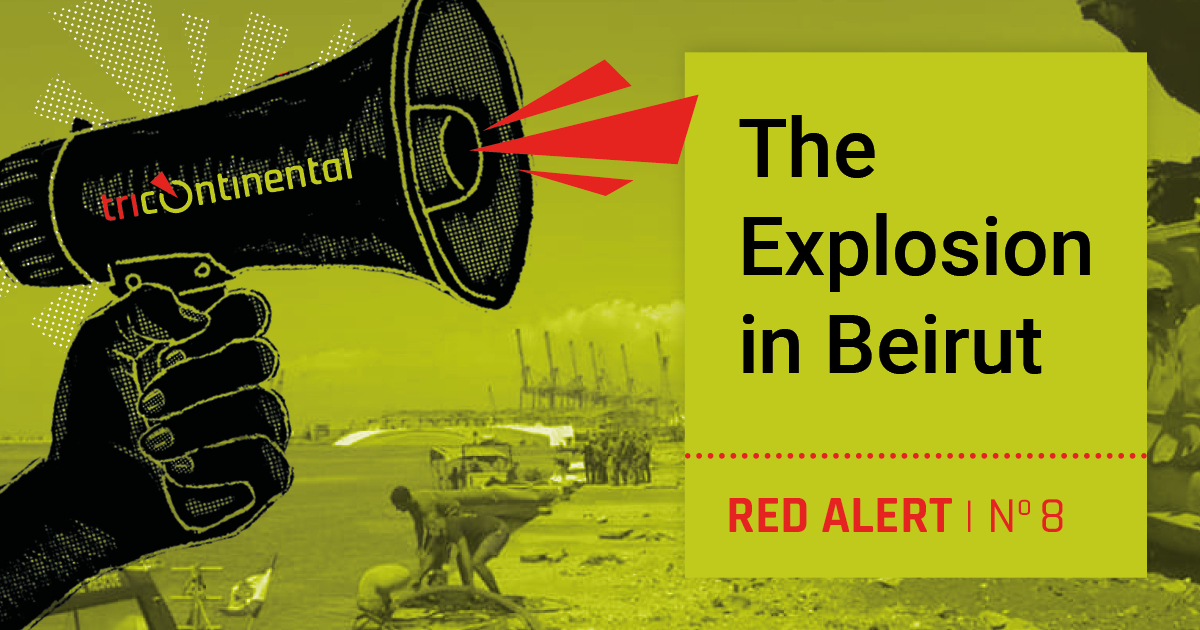 In the early evening of Aug. 4, a fire broke out in Warehouse 12 at the Port of Beirut, the capital of Lebanon (population 6.8 million, including over a million refugees). An enormous plume of smoke rose from the fire, which was then overshadowed by an explosion whose powerful force tore outwards and shattered parts of Beirut. The port was immediately levelled; the pressure wave reached around 15 kilometers in all directions. At least 70,000 homes have been damaged, some no longer inhabitable; at least 160 people were killed; 5,000 people were injured; unknown numbers still missing; two hospitals were destroyed. This is the largest explosion ever experienced in Lebanon, despite its history of French colonialization, U.S. interventions, Israeli attacks and occupations, and its 15-year civil war.

It did not take long for the evidence to appear that what had exploded was not a ship with weapons or fireworks or a missile, but a building that housed 2,750 tons of ammonium nitrate, which had been stored negligently in a port warehouse since November 2013.

Ammonium nitrate is a flammable chemical that is used in fertilizer, explosives, and rocket fuel. In 2013, the MV Rhosus, a Moldovan-flagged cargo ship, arrived in Beirut with this cargo; the ship was headed to Beira (Mozambique). Port officials impounded the ship, which was not seaworthy, and impounded what they called the “dangerous cargo.” Six times between 2014 and 2017, the customs officials asked the judge of urgent matters in Beirut for guidance on how to sell or dispose of the cargo. It is likely that the ammonium nitrate had arrived in the form of Nitroprill, which is a blasting agent used in coal mines. Even a small fire can cause the ammonium nitrate to explode catastrophically. Fireworks were also stored in the same warehouse. More than 19 officials have been arrested, including the director of the Port of Beirut and the customs director. An investigation is underway. 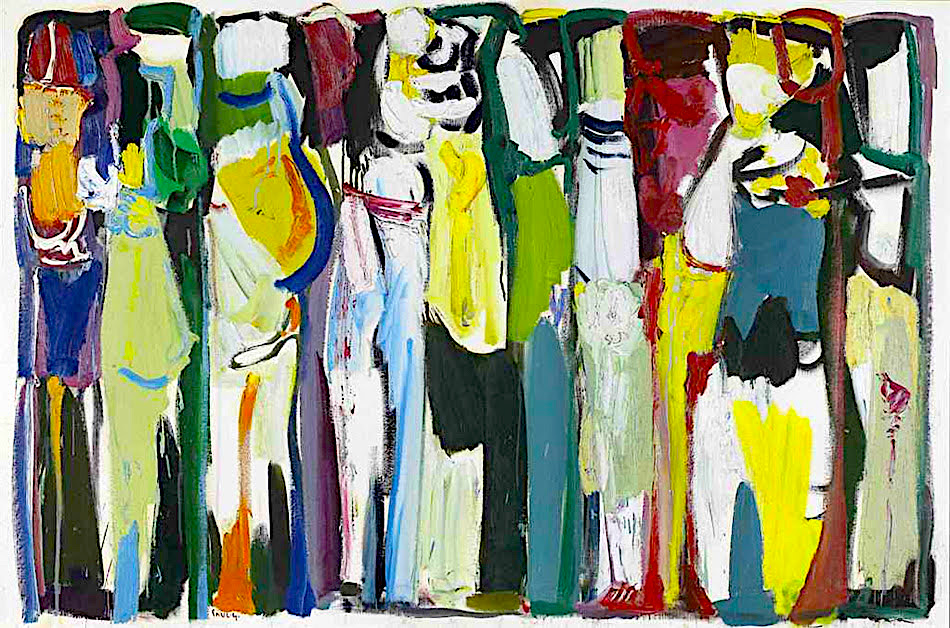 What is an Accident?

An accident is something that cannot be foreseen, where there is no human agency responsible for what has taken place. The explosion in Beirut on Aug. 4 was not an accident. The highly flammable cargo was held in a warehouse for over six years; this warehouse, in Beirut’s port, abuts the residential neighborhoods of Gemmayze and Karantina. Over the past six years, customs officials — with clear political affiliations – leaked reports about the danger. The authorities were aware of the possibility of an explosion. They did nothing.

The explosion is the cherry on top of the horrors of a 30-year post-civil war political structure that saw civil war militia leaders turn in their fatigues for business suits. The 1990 Taif Accords meeting to end the civil war did not hold anyone accountable. It did exactly the opposite and legitimized the sectarian leadership in the country’s government; sectarian warlords of the civil war became the custodians of the state they destroyed. A corrupt political class has enriched itself while defunding schools, hospitals and all public services; they turned these services into clientelist vehicles. Furthermore, the neoliberal order and reconstruction that was put in place by former billionaire Prime Minister Rafik Hariri entrenched a resilient crony capitalist system which already had its roots in Lebanon before the civil war. Hariri’s reconstruction focused strictly on attracting and benefiting from foreign investments from Gulf countries to replenish the lucrative banking sector (in which most politicians have direct stakes), rebuild an exclusive downtown owned by his corporation, Solidere, and other corruption-riddled and non-productive sectors.

The deeply rooted clientelist nature of the Lebanese sectarian system and its organic links to foreign interests further allowed leaders of sectarian groups to maintain power. Their ability to provide basic services to their followers using state apparatuses and resources dwindled as their greed grew and their practices went unchecked. Most importantly, their ability to protect the population from disasters diminished as did their interest in doing so. The details of how this ammonium nitrate ended up in the port for six years are not as important as the callous, dysfunctional, and archaic Lebanese sectarian system which has never been able to hold anyone in power accountable.

Although designated as an upper-middle-income country, Lebanon’s previously existing inequalities and poverty have been exacerbated by the Syrian crisis; the after-effects of 30 years of political infighting and related unsustainable economic policies; an uprising against the political class in October 2019; multiple Israeli invasions; and now the pandemic. The Lebanese lira has lost 80 percent of its value since September 2019, with little hope of any solution to the liquidity and credit crisis as well as the collapse of consumer demand and the rise of hyper-inflation. Ironically, the cash that is expected to flow into the country as aid in response to the disaster would extend the lifeline of the ruling class and postpone its inevitable collapse.

Globally, Lebanon hosts the highest number of refugees in relation to its population with an estimated 1.5 million refugees from neighboring Syria joining the 200,000 Palestinian refugees who have been denied the right to return to their homeland for generations. Even prior to Lebanon’s currently accelerating financial disintegration, in 2019 youth unemployment was estimated at nearly 40 percent, while 73 percent of Syrian refugees, 65 percent of Palestinians and 27 percent of the Lebanese population were living in poverty. In June 2020, it was estimated that nearly half of the country’s population has been pushed into poverty. Migrant domestic workers — of whom there are hundreds of thousands in the country living under a legal kafala system that has been equated to modern-day slavery — are suffering even more as their employers refuse to pay them; they have no way to return to their home countries. The colossal damage wreaked by the explosion to homes, hospitals, organizations, and businesses — especially the port through which 80 percent of Lebanon’s needed goods are imported — has pushed the country over the edge.

Lebanon used to have one of the most advanced healthcare systems in the Arab world. However, the neoliberal policies of the Lebanese ruling class have destroyed the health system, which has collapsed in the face of the Covid-19 pandemic. The country has 26 public hospitals and 138 private hospitals; 90 percent of its basic medicines and 100 percent of its medical equipment are imported. Medical workers have protested the lack of pay; patients cannot be accommodated in the hospitals.

The destruction of this key port leaves the country virtually unable to resupply itself with food and medicine (the port at Tripoli can – at best – accommodate only 40 percent of the capacity that used to come through Beirut); silos near the explosion which housed months of supplies of grain have been destroyed; government subsidies for medicine, bread, and gas are slated to be revoked. The overall economic damage to the country is significant – upwards of $5 billion for a country with an optimistic GDP of $56 billion. 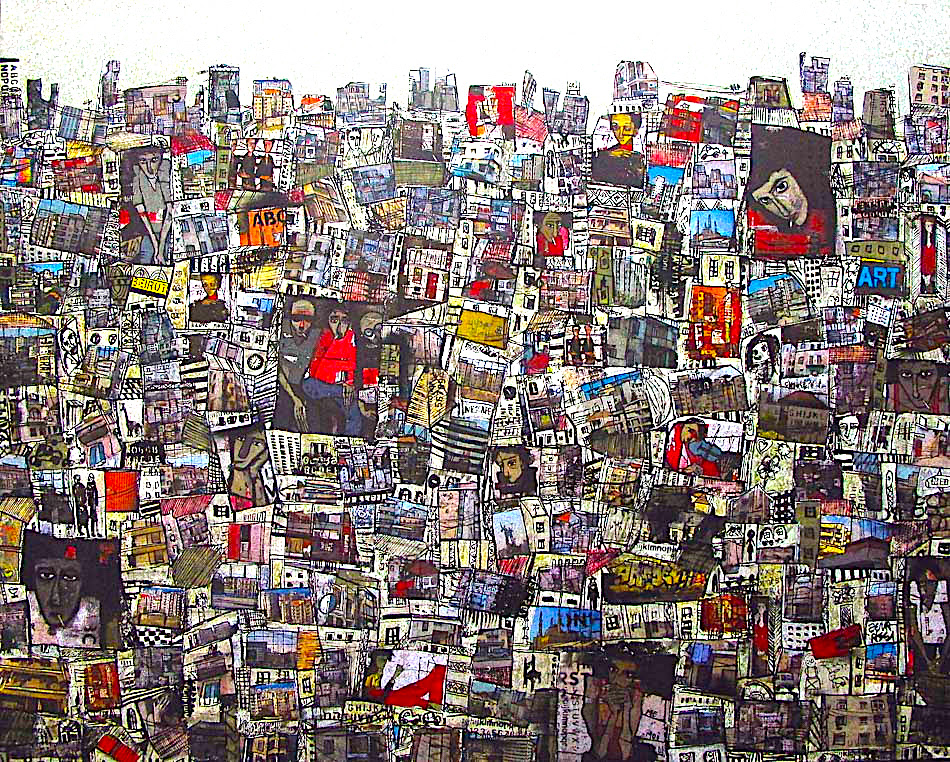 Since Oct. 17, 2019, Lebanon has witnessed continuous protests due to corruption and the deterioration of the social situation, as well as economic, environmental and political crises. Protests have taken place over the past nine months for regular electricity and water, accountable institutions free of corruption, a reliable judiciary, a secure currency, as well as a non-sectarian political and economic system.

Emanuel Macron, the president of France, came to Beirut, summoned and scolded political leaders, lectured them about statesmanship and made promises for money and reform. Meanwhile, not far away, young people demanded freedom for political prisoner George Ibrahim Abdallah, held in a French prison; political considerations have prompted French authorities to decline a court ruling for his release. The French-led donor’s conference raised €250 million of emergency aid for Lebanon, which comes with strings attached to deepen dependence on the International Monetary Fund and its socio-economic conditions.

Since the bombing, it has been groups of mostly young people, not government officials or workers, who have been cleaning up the streets and helping people affected by the bombing from the working-class neighborhoods in Karantina to the café neighborhood of Gemmayze. The political class lost no time in trying to capitalize on the “opportunities” arising from the explosion, even as bodies and even survivors were still being dug out from the rubble.

On Aug. 8, massive street protests called for immediate accountability, including an immediate investigation with swift results and the arrest of senior government officials responsible for this catastrophe. Protesters stormed ministries and other institutions in a symbolic act of reclaiming the country. The state crackdown has been severe, but it has not dampened the mood of the population. 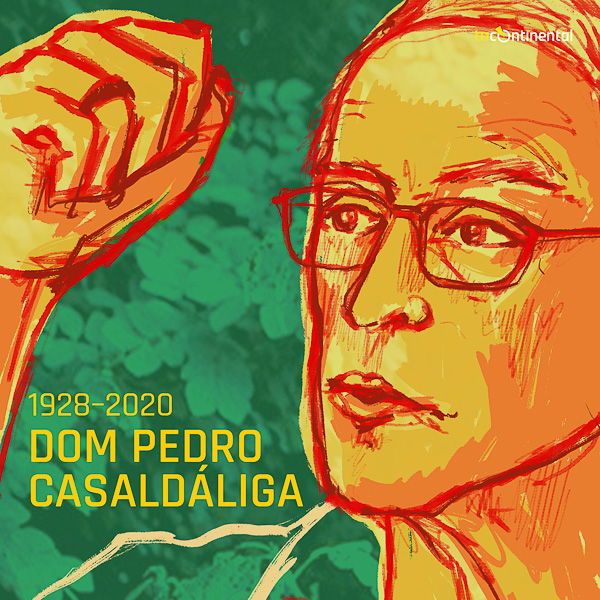 On Aug. 8, 2020, Bishop Pedro Casaldáliga Plá died at Santa Casa de Batatais Hospital in the state of São Paulo. A Catholic priest born in Spain, Casaldáliga was a major force in liberation theology and a crucial ally of Brazil’s indigenous communities. In 1971, he wrote a pastoral letter, “The Church of the Amazon in conflict with large landowners and social marginalization,” which attacked the inhumane system that expressed itself as genocide against the indigenous communities in the Amazon. His great feeling for humanity was expressed in his poetry. In his memory, we share his poem Nuestra hora, “It is our time.”

It is late
but it is our time.

It is late
but it is all the time
that we have on hand
to make the future.

It is late
but it is us
this late hour

It is late
but it is early morning
if we insist a little.

Casaldáliga’s Brazil is currently in deep distress, with over 100,000 people killed by Covid-19 and over 3 million people infected with the disease. Trade unions that represent Brazilian health workers, as well as organizations of Afro-Brazilians and indigenous communities, have delivered a lawsuit to the International Criminal Court; they charge President Jair Bolsonaro with crimes against humanity. Please read my report on this crucial court case.

As part of the report, I asked Jhuliana Rodrigues, a nurse technician at the Hospital São Vicente in Jundiaí, about her courage to go to work in such negligent conditions. “If I don’t continue working now,” Jhuliana told me, “what would I do? Health professionals are chosen and do their jobs with love, dedication, care of human beings. Just as we already live with multi-resistant bacteria, Covid-19 will be with us for a long time.” Jhuliana and essential workers across the world carry forward the courage of Bishop Pedro Casaldáliga.

← BEIRUT EXPLOSION: Impending Food Crisis in Lebanon Looms Over Migrant Workers After Blast
THE ANGRY ARAB: The Blast (and the Failed System) That Shook Lebanon →