This major achievement on April 14, 1935, was not possible without a fight, write three authors, each of whom is descended from New Dealers. 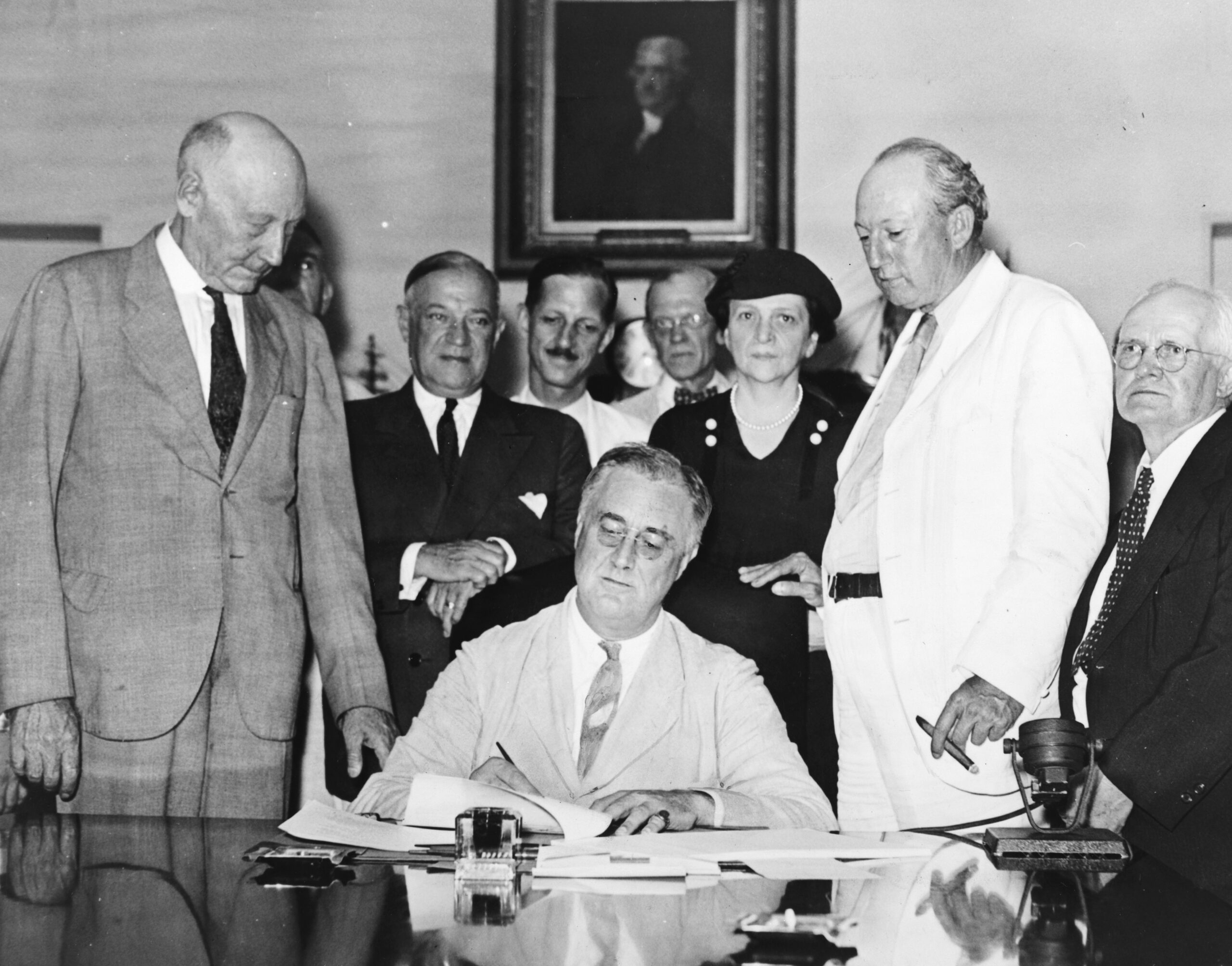 Eighty-five years ago, on Aug. 14, 1935, President Franklin D. Roosevelt signed the Social Security Act into law. On that momentous day, he proclaimed, “If the Senate and the House of Representatives in this long and arduous session had done nothing more than pass this Bill, the session would be regarded as historic for all time.”

This momentous day did not happen without a fight. Conservatives labeled it socialism, among other attacks. Even after Social Security became law, these attacks did not vanish. President Dwight Eisenhower, in a letter to his brother, called those who opposed Social Security, “a tiny splinter group,” adding, “Their number is negligible and they are stupid.” Unfortunately, the current occupant of the Oval Office is one of them.

This would be a tragedy. Social Security has transformed our nation. Before Social Security, when Americans became old, they routinely moved in with their adult children. Those whose families couldn’t afford to support them literally went to the poorhouse.

Prior to Social Security, the verb “retire” generally meant to withdraw temporarily, as, for example, to retire to the bedroom at the end of the evening. The first known usage of the noun “retiree” was in 1935, the year Social Security was debated in Congress and enacted into law.

The early Monopoly boards, beginning with the game’s invention in 1903, contained a square labeled “Poorhouse.” Today, in a world with Social Security and no poorhouses, that same exact square has been changed to read, “Free Parking.” 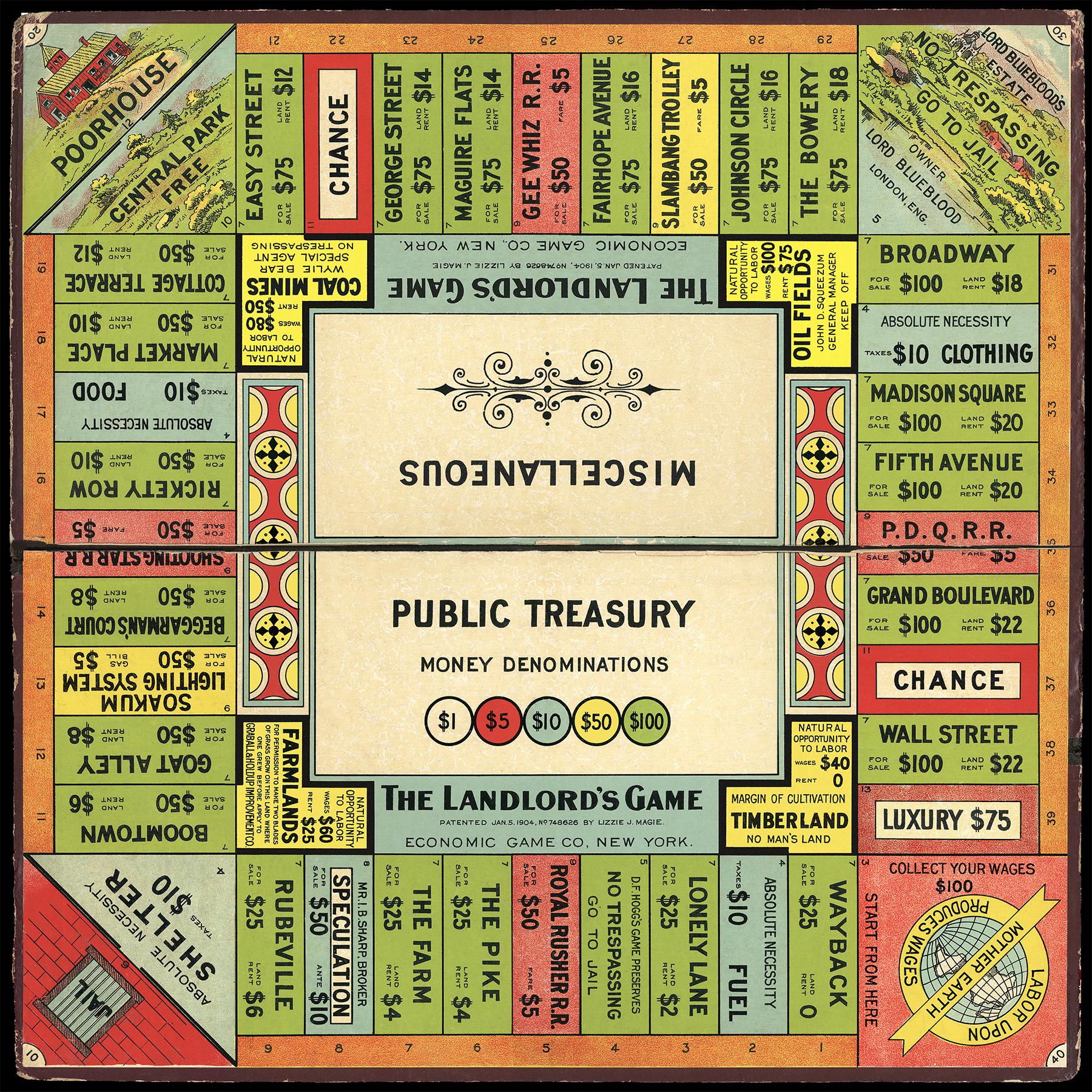 We are descendants of New Dealers. James is the grandson of President Roosevelt. Tomlin is the grandson of Roosevelt’s secretary of Labor, Frances Perkins, who chaired the interagency task force that drafted the Social Security legislation and shepherded it through Congress. Nancy is the daughter of two 1936 law school graduates (one from Harvard, one from Yale), who were foot soldiers in FDR’s administration, helping to implement the programs of the New Deal. Our family histories have taught us important lessons about responding to an economic crisis.

Like the Great Depression, today’s crisis has laid bare long-simmering problems. In his 1935 State of the Union address, FDR explained:

The attempt to make a distinction between recovery and reform is a narrowly conceived effort to substitute the appearance of reality for reality itself. When a man is convalescing from illness, wisdom dictates not only cure of the symptoms but also removal of their cause.

In a nationwide radio address a month later, Secretary Perkins underscored the point:

We cannot be satisfied merely with makeshift arrangements which will tide us over the present emergencies. We must devise plans that will not merely alleviate the ills of today, but will prevent, as far as it is humanly possible to do so, their recurrence in the future.

Consistent with that insight, Roosevelt and Perkins devised Social Security as a solution to the inherent insecurity of dependence on wage income. They designed it as wage insurance to which each worker contributes. Because Social Security’s earned benefits replace wages in the event of disability, death, or old age, not only is poverty alleviated, but working families are kept from falling into poverty in the first place.

They also saw Social Security as a solution to the extreme income and wealth inequality that rivaled today’s. In that same 1935 State of the Union address, FDR argued that “the ambition of the individual to obtain for him and his a proper security, a reasonable leisure, and a decent living throughout life is an ambition to be preferred to the appetite for great wealth and great power.”

Whether to expand or cut Social Security is a matter of values, not affordability. It is also a solution: It is a short-term solution to the need to stimulate the economy, and a long-term solution to the nation’s looming retirement income crisis, as well as rising income and wealth inequality. While the demands for racial justice under the banner of Black Lives Matter have appropriately focused on physical security, expanding Social Security, which is especially important to people of color, is a solution to racial injustice in the economic sphere.

Expanding Social Security, as the founders defined it, is a solution to other insecurities spotlighted by today’s crisis, as well. Roosevelt and Perkins defined Social Security expansively, as basic economic security. They envisioned Social Security providing universal guaranteed health care and short-term disability benefits, including paid sick leave and, today, paid family leave, but ultimately decided to propose insurance for old age and unemployment as a first step.

Now, imagine how much better prepared we would have been if Social Security and unemployment compensation provided larger benefits. Imagine if everyone had guaranteed health care. Imagine if the Social Security Act had a title covering short-term disabilities, which provided paid sick days and family leave.

Joe Biden is running on expanding Social Security. Donald Trump is running to “terminate” its funding, which terminates the program. The choice in November could not be more consequential.