It’s about Florida and the 2020 election, writes Leonardo Flores.

By Leonardo Flores
The Grayzone

Joe Biden’s campaign held an online event earlier this month pitched as the former vice president’s “vision for Venezuela and Venezuelans in the U.S.” Spoiler alert: it barely differs from that of President Donald Trump.

This event, which didn’t merit an appearance from Biden himself, was aimed at getting Venezuelan-Americans to volunteer for “Uncle Joe,” as Representative Darren Soto (D-Fl) called him. It was an hour and a half of shilling for votes and influence, and it demonstrated that, when it comes to Venezuela, policies of regime change, sanctions and a refusal to engage in dialogue unite VenezolanosConBiden (“Venezuelans for Biden,” the group hosting the event) with MAGAzuela (the term for Trump-supporting Venezuelans).

There are only two policy differences in the Biden and Trump approaches. One is about TPS, or temporary protected status, which is an immigration policy that allows people from 10 specific countries affected by disasters to live and work in the U.S. Biden supports TPS for Venezuelans, while Trump allies have blocked it in the Senate, and Trump himself ended the program and has refused to issue it for Venezuelans. According to one of Biden’s surrogates, there are 150,000 Venezuelans in the U.S. who are either undocumented or are here on expired visas.

The other difference is the border wall, which is now being built in part using Venezuelan funds. The Trump administration has diverted $601 million in assets stolen from the Venezuelan people to build the wall on the U.S.-Mexico border. This money was previously held in the Treasury Department’s “forfeiture fund,” which is typically used to finance law enforcement operations. 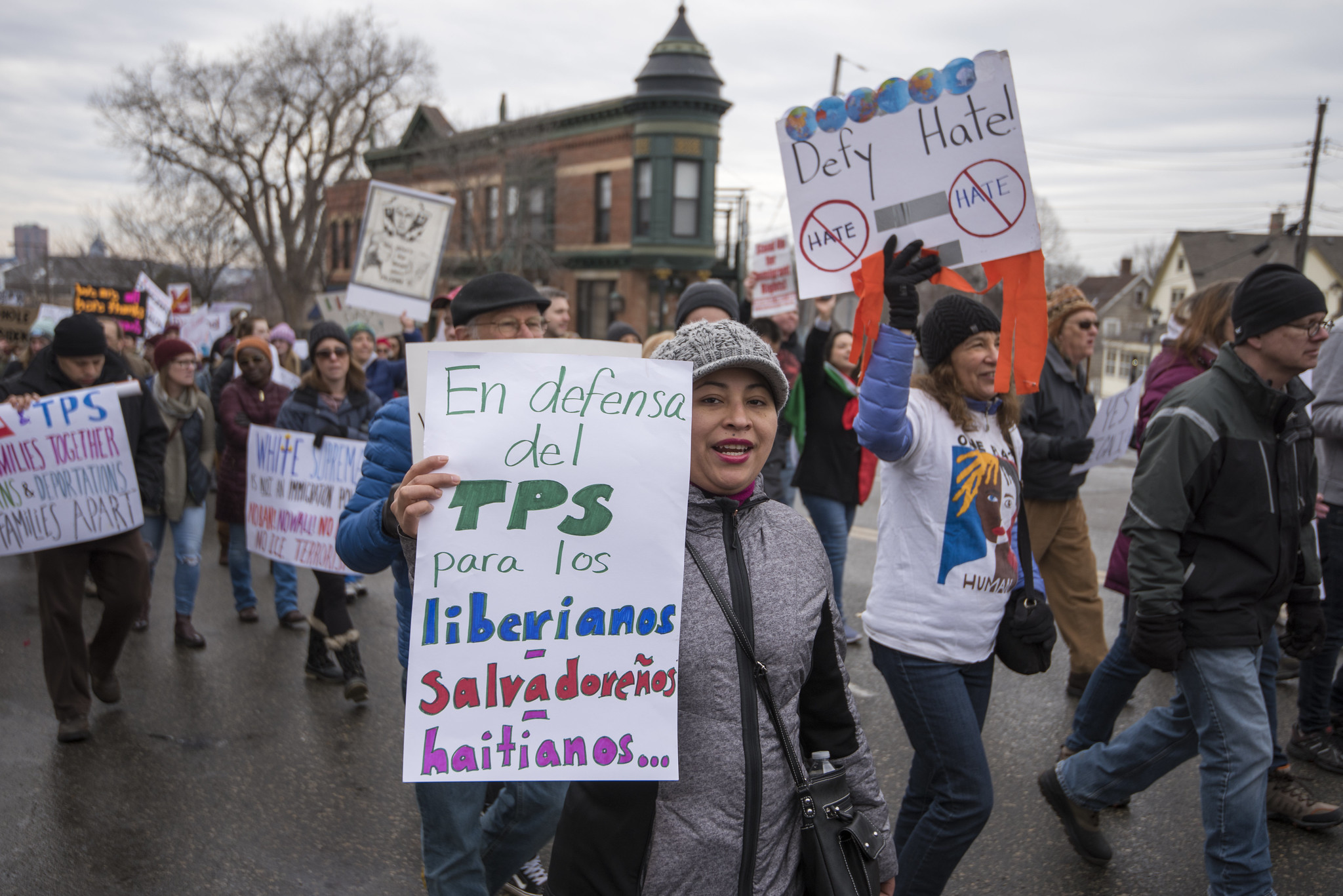 This $601 million is part of an estimated $24 billion that the U.S. and its allies have frozen and looted from Venezuela in their regime-change efforts. Juan Guaidó, the self-proclaimed interim president, has yet to comment on how the Trump administration is using these Venezuelan funds, but his “ambassador,” Carlos Vecchio, admitted to working with the Justice Department to “establish a formal agreement … to define the percentage” of how much of the seized Venezuelan funds will go to the United States. According to Guaidó and his associates, it is “normal” for the Trump administration to take a cut.

TPS and the wall are the only two points on which Biden and Trump differ. Biden’s surrogates claim he will grant TPS to Venezuelans on day one of his administration, and Biden says he will stop financing the wall.

These differences are minor though, especially considering that Biden will continue the policies that have led millions of Venezuelans to flee in the first place, and he has given every indication that more funds will be frozen.

Biden’s vision is more of the same magical thinking that the Trump administration has engaged in for years. His campaign says the sanctions will continue and actually intensify. A Biden administration would seek “a huge increase in aid,” not just for Venezuela but for Colombia and other countries with Venezuelan migrants. They would build an “international coalition” to rebuild Venezuela. They would persecute key supporters of the Venezuelan government, regardless of where they are in the world.

According to Juan González, former deputy assistant secretary of state under President Barack Obama and current adviser to Biden on Latin America, they would give the government of President Nicolás Maduro one option: elections observed by a respected (and unnamed) multilateral institution and he must leave office.

Biden’s surrogates warn that Venezuela is a national security issue for the U.S., that the country has been infiltrated by terrorist groups and everything must be done to end Russian, Chinese and Cuban influence. They responded to a question about the impact of sanctions by blaming the “humanitarian crisis” on Chavismo. They say Biden will not negotiate with Maduro.

The Biden campaign even attacked Trump for suggesting he would meet with Maduro, forcing Trump to backtrack on the offer. The campaign has been running ads in Miami accusing Trump of being soft on Maduro.

Biden’s policies are the same policies and reflect the exact rhetoric used by the Trump administration. Since 2017, the U.S. has imposed sanctions that have cost 100,000 Venezuelans their lives and led to economic losses of $130 billion. But according to Biden supporter Soto, “there hasn’t been enough of a crackdown” on the Maduro government.

Trump has spent three years building an approximately 60-country anti-Maduro coalition, and Secretary of State Mike Pompeo has traveled the world seeking more aid allegedly for Venezuela, but that ends up in countries with Venezuelan migrants. They have sanctioned foreign companies doing business with Venezuela and sought to arrest Venezuelan businessmen overseas.

On the issue of military intervention, the Biden surrogates claimed Trump’s threats of a military option were empty and insisted other options must be explored and all other avenues of pressure exhausted (except, of course, dialogue) before considering military action. They did not say whether U.S. intervention should be “on the table,” and framed the discussion around the U.S. public’s alleged aversion to another war rather than on the catastrophic consequences this would have for the Venezuelan people, let alone the illegality of any sort of military intervention.

It is no secret that regime change in Venezuela is a bipartisan objective, and Trump’s tactic of pandering to right-wing Latino extremists in Florida has led the Democrats to do the same.

The Biden campaign strategy is clear: mimic the administration’s Venezuela policy while offering TPS to draw votes away from Trump.

The surrogates also repeatedly insisted that Biden is not a socialist — apparently a common misconception among the MAGAzuela crowd.

It should be no surprise that this is all about Florida and the 2020 election. Trump not only won the state in 2016, but his allies took the governorship and a Senate seat in 2018, albeit by small margins. Republican Governor Ron DeSantis and Senator Rick Scott both accused their opponents of being socialists who are soft on Venezuela. The Biden camp is doing its utmost to prevent those types of attacks from sticking against their candidate.

There is no reason to believe that Biden will change course on Venezuela if elected. There are too many votes in Florida at stake, as well as donations to be had from wealthy Venezuelan expats – who at this point are playing both sides and doing so very well.

A Biden presidency, just like another four more years of Trump, looks to be disastrous for the Venezuelan people.

Leonardo Flores is a Latin American policy expert and campaigner with CODEPINK.