One can read this most recent flurry of Russia, Russia, Russia paid the Taliban to kill GIs as an attempt to pre-empt the findings into Russiagate’s origins. 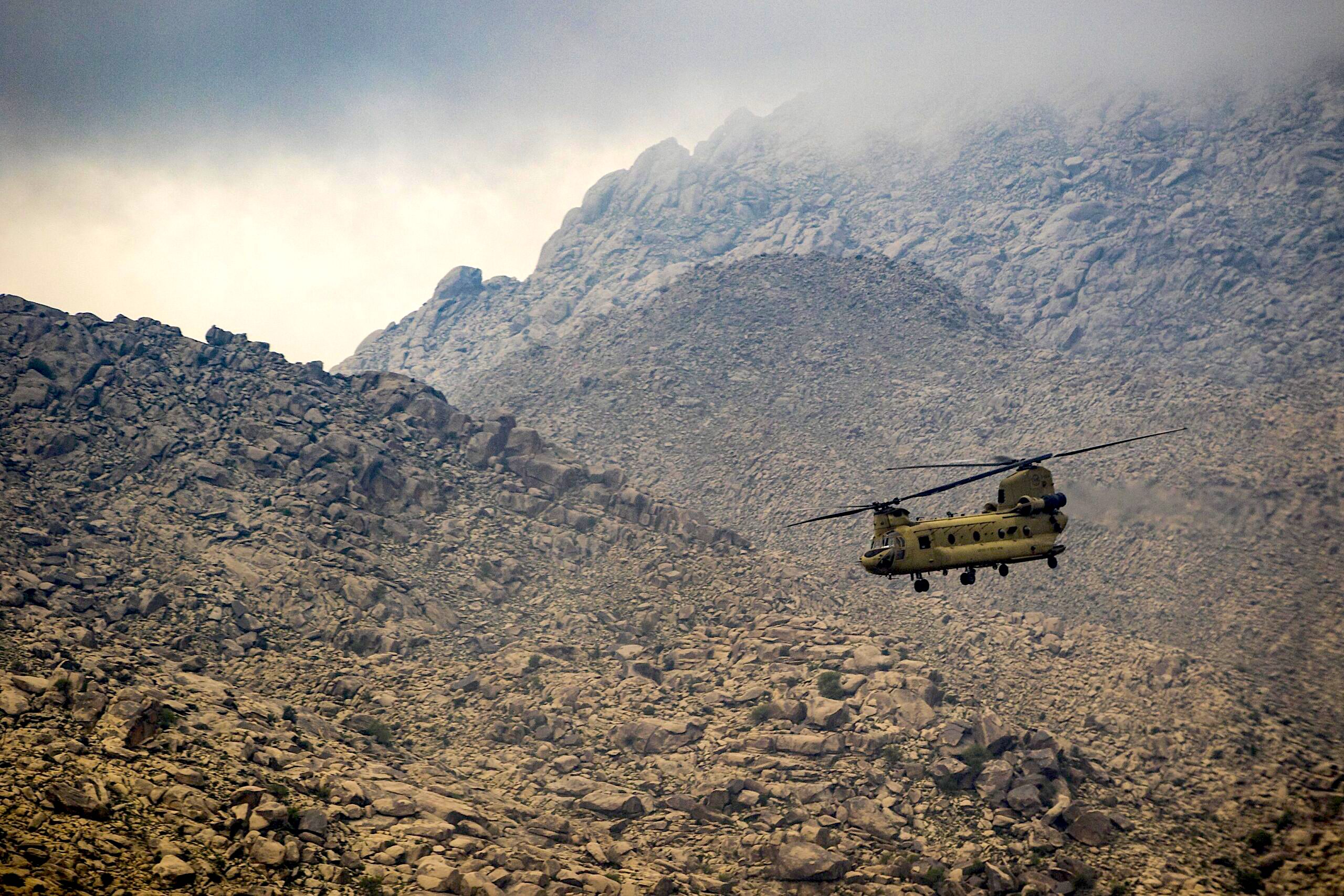 On Friday The New York Times featured a report based on anonymous intelligence officials that the Russians were paying bounties to have U.S. troops killed in Afghanistan with President Donald Trump refusing to do anything about it.  The flurry of Establishment media reporting that ensued provides further proof, if such were needed, that the erstwhile “paper of record” has earned a new moniker — Gray Lady of easy virtue.

Over the weekend, the Times’ dubious allegations grabbed headlines across all media that are likely to remain indelible in the minds of credulous Americans — which seems to have been the main objective. To keep the pot boiling this morning, The New York Times’ David Leonhardt’s daily web piece, “The Morning” calls prominent attention to a banal article by a Heather Cox Richardson, described as a historian at Boston College, adding specific charges to the general indictment of Trump by showing “how the Trump administration has continued to treat Russia favorably.” The following is from Richardson’s newsletter on Friday:

— “On April 1 a Russian plane brought ventilators and other medical supplies to the United States … a propaganda coup for Russia;

— “On April 25 Trump raised eyebrows by issuing a joint statement with Russian President Vladimir Putin commemorating the 75th anniversary of the historic meeting between American and Soviet troops on the bridge of the Elbe River in Germany that signaled the final defeat of the Nazis;

— “On May 3, Trump called Putin and talked for an hour and a half, a discussion Trump called ‘very positive’;

— “On May 21, the U.S. sent a humanitarian aid package worth $5.6 million to Moscow to help fight coronavirus there.  The shipment included 50 ventilators, with another 150 promised for the next week; …

— “On June 15, news broke that Trump has ordered the removal of 9,500 troops from Germany, where they support NATO against Russian aggression. …”

“All of these friendly overtures to Russia were alarming enough when all we knew was that Russia attacked the 2016 U.S. election and is doing so again in 2020.  But it is far worse that those overtures took place when the administration knew that Russia had actively targeted American soldiers. … this bad news apparently prompted worried intelligence officials to give up their hope that the administration would respond to the crisis, and instead to leak the story to two major newspapers.”

Hear the siren? Children, get under your desks!

The Tall Tale About Russia Paying for Dead U.S. Troops

Times print edition readers had to wait until this morning to learn of Trump’s statement last night that he was not briefed on the cockamamie tale about bounties for killing, since it was, well, cockamamie.

Late last night the president tweeted: “Intel just reported to me that they did not find this info credible, and therefore did not report it to me or the VP. …”

Intel just reported to me that they did not find this info credible, and therefore did not report it to me or @VP. Possibly another fabricated Russia Hoax, maybe by the Fake News @nytimesbooks, wanting to make Republicans look bad!!! https://t.co/cowOmP7T1S

For those of us distrustful of the Times — with good reason — on such neuralgic issues, the bounty story had already fallen of its own weight. As Scott Ritter pointed out yesterday:

“Perhaps the biggest clue concerning the fragility of the New York Times’ report is contained in the one sentence it provides about sourcing — “The intelligence assessment is said to be based at least in part on interrogations of captured Afghan militants and criminals.” That sentence contains almost everything one needs to know about the intelligence in question, including the fact that the source of the information is most likely the Afghan government as reported through CIA channels. …”

And who can forget how “successful” interrogators can be in getting desired answers.

The Kremlin called the Times reporting “nonsense … an unsophisticated plant,” and from Russia’s perspective the allegations make little sense; Moscow will see them for what they are — attempts to show that Trump is too “accommodating” to Russia.

A Taliban spokesman called the story “baseless,” adding with apparent pride that “we” have done “target killings” for years “on our own resources.”

Russia is no friend of the Taliban.  At the same time, it has been clear for several years that the U.S. would have to pull its troops out of Afghanistan.  Think back five decades and recall how circumspect the Soviets were in Vietnam.  Giving rhetorical support to a fraternal Communist nation was de rigueur and some surface-to-air missiles gave some substance to that support.

But Moscow recognized from the start that Washington was embarked on a fool’s errand in Vietnam. There would be no percentage in getting directly involved.  And so, the Soviets sat back and watched smugly as the Vietnamese Communists drove U.S. forces out on their “own resources.” As was the case with the Viet Cong, the Taliban needs no bounty inducements from abroad. 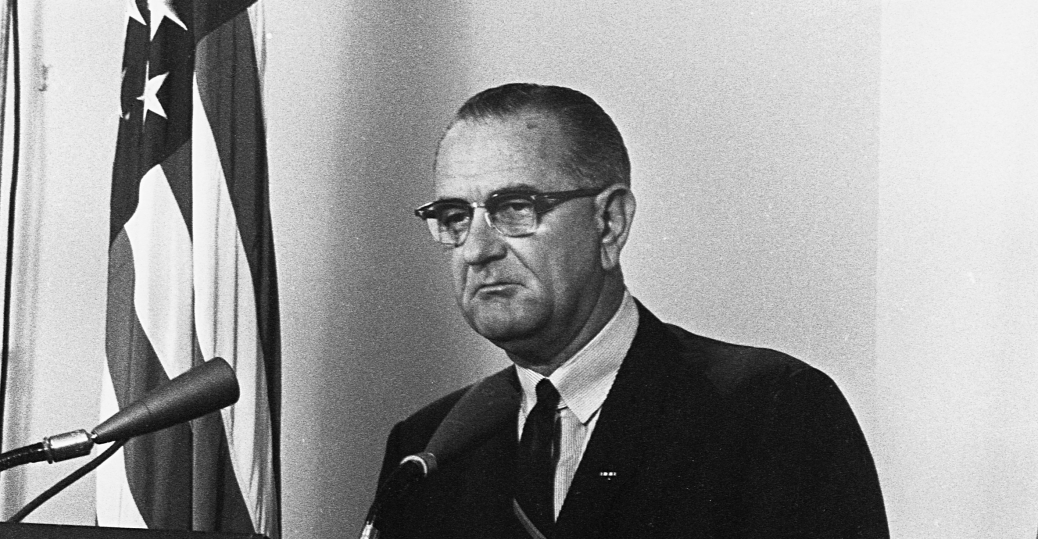 President Lyndon Johnson announces “retaliatory” strike against North Vietnam in response to the supposed attacks on U.S. warships in the Gulf of Tonkin on Aug. 4, 1964. (LBJ Library)

Besides, the Russians knew painfully well — from their own bitter experience in Afghanistan, what the outcome of the most recent fool’s errand would be for the U.S.  What point would they see in doing what The New York Times and other Establishment media are breathlessly accusing them of?

Former CIA Director William Casey said:  “We’ll know when our disinformation program is complete, when everything the American public believes is false.”

Casey made that remark at the first cabinet meeting in the White House under President Ronald Reagan in early 1981, according to Barbara Honegger, who was assistant to the chief domestic policy adviser.  Honegger was there, took notes, and told then Senior White House correspondent Sarah McClendon, who in turn made it public.

If Casey’s spirit is somehow observing the success of the disinformation program called Russiagate, one can imagine how proud he must be.  But sustained propaganda success can be a serious challenge.  The Russiagate canard has lasted three and a half years.  This last gasp effort, spearheaded by the Times, to breathe more life into it is likely to last little more than a weekend — the redoubled efforts of Casey-dictum followers notwithstanding.

Russiagate itself has been unraveling, although one would hardly know it from the Establishment media.  No collusion between the Trump campaign and Russia.  Even the sacrosanct tenet that the Russians hacked the DNC emails published by WikiLeaks has been disproven, with the head of the DNC-hired cyber security firm CrowdStrike admitting that there is no evidence that the DNC emails were hacked — by Russia or anyone else. 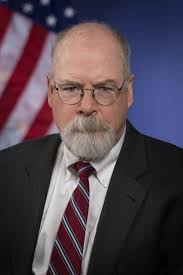 How long will it take the Times to catch up with the CrowdStrike story, available since May 7?

The media is left with one sacred cow: the misnomered “Intelligence Community” Assessment of Jan. 6, 2017, claiming that President Putin himself ordered the hacking of the DNC. That “assessment” done by “hand-picked analysts” from only CIA, FBI and NSA (not all 17 intelligence agencies of the “intelligence community”) reportedly is being given close scrutiny by U. S. Attorney John Durham, appointed by the attorney general to investigate Russiagate’s origins.

If Durham finds it fraudulent (not a difficult task), the heads of senior intelligence and law enforcement officials may roll.  That would also mean a still deeper dent in the credibility of Establishment media that are only too eager to drink the Kool Aid and to leave plenty to drink for the rest of us.

Do not expect the media to cease and desist, simply because Trump had a good squelch for them last night — namely, the “intelligence” on the “bounties” was not deemed good enough to present to the president.

(As a preparer and briefer of The President’s Daily Brief  to Presidents Reagan and HW Bush, I can attest to the fact that — based on what has been revealed so far — the Russian bounty story falls far short of the PDB threshold.)

Nevertheless, the corporate media is likely to play up the Trump administration’s rejection of what the media is calling the “intelligence assessment” about Russia offering — as Rachel Maddow indecorously put it on Friday — “bounty for the scalps of American soldiers in Afghanistan.”

I am not a regular Maddow-watcher, but to me she seemed unhinged — actually, well over the top. 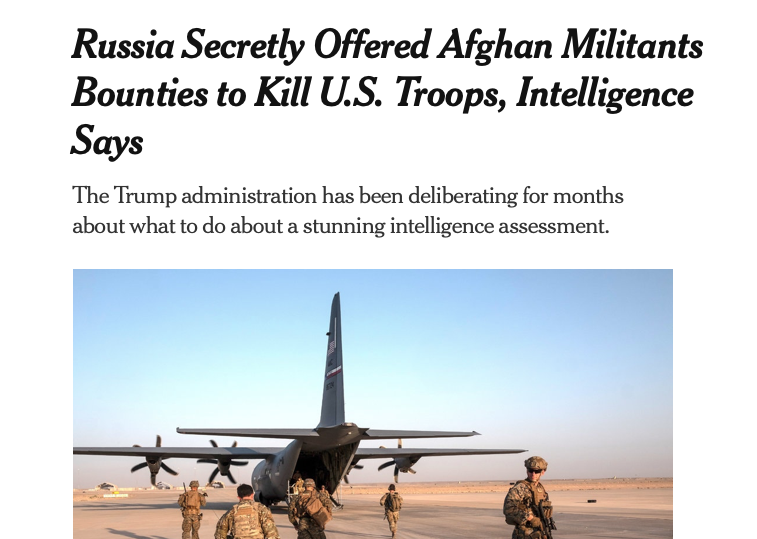 In other words, we can expect no let up from the media and the national security miscreant leakers who have served as their life’s blood.  As for the anchors and pundits, their level of sophistication was reflected yesterday in the sage surmise of Face the Nation’s Chuck Todd, who Aaron Mate reminds us, is a “grown adult and professional media person.”  Todd asked guest John Bolton: “Do you think that the president is afraid to make Putin mad because maybe Putin did help him win the election, and he doesn’t want to make him mad for 2020?”

“This is as bad as it gets,” said House Speaker Nancy Pelosi yesterday, adding the aphorism she memorized several months ago: “All roads lead to Putin.”  The unconscionably deceitful performance of Establishment media is as bad as it gets, though that, of course, was not what Pelosi meant.  She apparently lifted a line right out of the Times about how Trump is too “accommodating” toward Russia.

One can read this most recent flurry of Russia, Russia, Russia as a reflection of the need to pre-empt the findings likely to issue from Durham and Attorney General William Barr in the coming months — on the theory that the best defense is a pre-emptive offense.  Meanwhile, we can expect the corporate media to continue to disgrace itself.

“All parties involved in spreading this malignant psyop are absolutely vile, but a special disdain should be reserved for the media class who have been entrusted by the public with the essential task of creating an informed populace and holding power to account. How much of an unprincipled whore do you have to be to call yourself a journalist and uncritically parrot the completely unsubstantiated assertions of spooks while protecting their anonymity? How much work did these empire fluffers put into killing off every last shred of their dignity? It boggles the mind.

It really is funny how the most influential news outlets in the Western world will uncritically parrot whatever they’re told to say by the most powerful and depraved intelligence agencies on the planet, and then turn around and tell you without a hint of self-awareness that Russia and China are bad because they have state media.

Sometimes all you can do is laugh.”

Ray McGovern works for Tell the Word, a publishing arm of the ecumenical Church of the Saviour in inner-city Washington.  During his 27-years as a CIA analyst he led the Soviet Foreign Policy Branch and prepared The President’s Daily Brief for Presidents Nixon, Ford, and Reagan.  In retirement, he co-created Veteran Intelligence Professionals for Sanity (VIPS).