Caitlin Johnstone says influential news outlets are parroting  something nameless spooks want the public to believe, which is the same as just publishing a CIA press release free of charge. 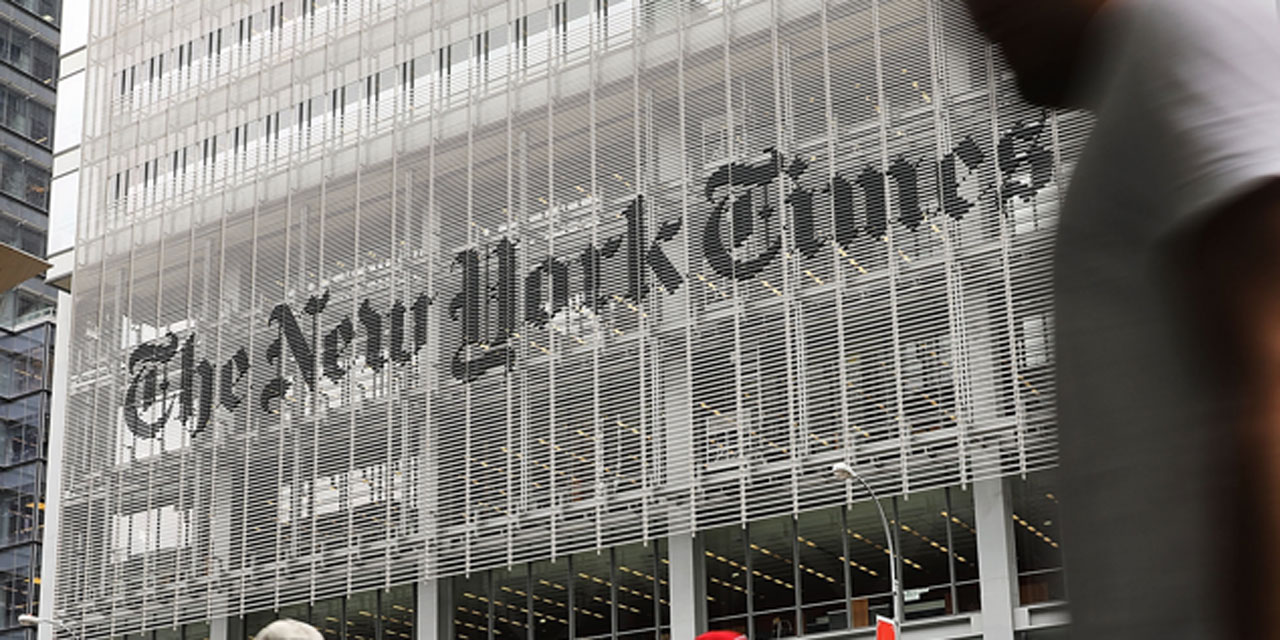 All Western mass media outlets are now shrieking about the story The New York Times first reported, citing zero evidence and naming zero sources, claiming intelligence says Russia paid out bounties to Taliban-linked fighters in Afghanistan for attacking the occupying forces of the U.S. and its allies in Afghanistan. As of this writing, and probably forevermore, there have still been zero intelligence sources named and zero evidence provided for this claim.

As we discussed yesterday, the only correct response to unsubstantiated claims by anonymous spooks in a post-Iraq invasion world is to assume that they are lying until you’ve been provided with a mountain of hard, independently verifiable evidence to the contrary. The fact that The New York Times instead chose to uncritically parrot these evidence-free claims made by operatives within intelligence agencies with a known track record of lying about exactly these things is nothing short of journalistic malpractice. The fact that western media outlets are now unanimously regurgitating these still 100–percent baseless assertions is nothing short of state propaganda.

The consensus-manufacturing, Overton window-shrinking Western propaganda apparatus has been in full swing with mass media outlets claiming on literally no basis whatsoever that they have confirmed one another’s “great reporting” on this completely unsubstantiated story.

We have confirmed the ?@nytimes? scoop: A Russian military spy unit offered bounties to Taliban-linked militants to attack coalition forces in Afghanistan. From ?@nakashimae? ?@missy_ryan? me and ?@shaneharris? https://t.co/R9tQf89L7G

All three of these men are lying.

John Hudson’s claim that the Washington Post article he co-authored “confirmed The New York Times’ scoop” twice uses the words “if confirmed” with regard to his central claim, saying “Russian involvement in operations targeting Americans, if confirmed,” and “The attempt to stoke violence against Americans, if confirmed.” This is of course an acknowledgement that these things have not, in fact, been confirmed.

The Wall Street Journal article co-authored by Gordon Lubold cites only anonymous “people,” who we have no reason to believe are different people from the NYT’s sources, repeating the same unsubstantiated assertions about an intelligence report. The article cites no evidence that Lubold’s “stunning development” actually occurred beyond “people familiar with the report said” and “a person familiar with it said.”

The fact that both Hudson and Lubold were lying about having confirmed The New York Times’ reporting means that Savage was also lying when he said they did. When they say the report has been “confirmed,” what they really mean is that it has been agreed upon. All the three of them actually did was use their profoundly influential outlets to uncritically parrot something nameless spooks want the public to believe, which is the same as just publishing a CIA press release free of charge. It is unprincipled stenography for opaque and unaccountable intelligence agencies, and it is disgusting.

"The Washington Post and the WSJ were called up by the same unnamed 'officials' as we were.
They were told the same evidence free fairytale.
Their stenographers, like ours, wrote it dutifully down.
All of us proudly published it!"#confirmation https://t.co/bEZ2OYgsxb

None of this should be happening. The New York Times has admitted itself that it was wrong for uncritically parroting the unsubstantiated spook claims which led to the Iraq invasion, as has The Washington Post. There is no reason to believe Taliban fighters would require any bounty to attack an illegitimate occupying force. The Russian government has denied these allegations. The Taliban has denied these allegations. The Trump administration has denied that the president or the vice president had any knowledge of the spook report in question, denouncing the central allegation that liberals who are promoting this story have been fixated on. 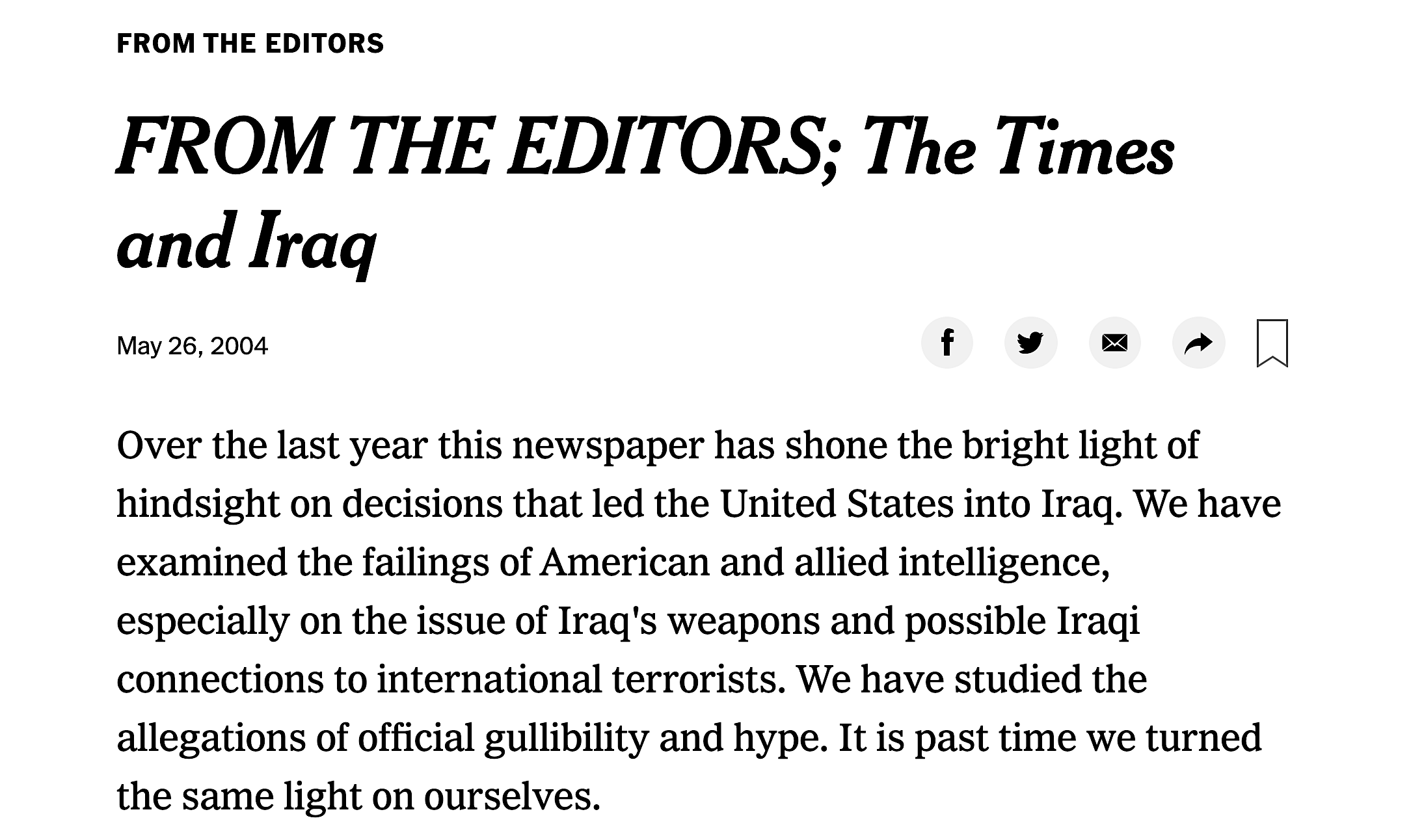 Yet this story is being magically transmuted into an established fact, despite its being based on literally zero factual evidence.

Outlets like CNN are running the story with the headline “Russia offered bounties to Afghan militants to kill US troops,” deceitfully presenting this as a verified fact. Such dishonest headlines are joined by U.K. outlets like The Guardian, whichinforms headline-skimmers that “Russia offered bounty to kill UK soldiers,” and the Murdoch-owned Sky News which went with “Russia paid Taliban fighters to attack British troops in Afghanistan” after “confirming” the story with anonymous British spooks.

Western propagandists are turning this completely empty story into the mainstream consensus, not with facts, not with evidence, and certainly not with journalism, but with sheer brute force of narrative control. And now you’ve got former Vice President Joe Biden, the Democrats’ presumptive presidential nominee, once again attacking Trump for being insufficiently warlike, this time because “he failed to sanction or impose any kind of consequences on Russia for this egregious violation of international law.”

“Russia is carrying out covert wars vs US troops in Afghanistan and our democracy here at home,” Haas tweeted with a link to The New York Times story. “A proportionate response would increase the costs to Russia of its military presence in Ukraine and Syria and, using sanctions and cyber, to challenge Putin at home.”

Haas is the president of the Council on Foreign Relations, a wildly influential think tank with its fingers in most major U.S. news outlets.

Russia is carrying out covert wars vs US troops in Afghanistan and our democracy here at home. A proportionate response would increase the costs to Russia of its military presence in Ukraine & Syria and, using sanctions & cyber, to challenge Putin at home. https://t.co/c0Mc7sLriO

And indeed, the unified campaign to shove this story down people’s throats in stark defiance of everything one learns in journalism school does appear to be geared toward advancing pre-existing foreign policy agendas which have nothing to do with any concern for the safety of U.S. troops. Analysts have pointed out that this new development arises just in time to sabotage the last of the nuclear treaties between the US and Russia, the scaling down of US military presence in Afghanistan, and, as Haas already openly admitted, any possibility of peace in Syria.

“This story is published just in time to sabotage US-Russia arms control talks,” Antiwar‘s Dave DeCamp noted on Twitter. “As the US is preparing for a new arms race — and possibly even live nuclear tests — The New York Times provides a great excuse to let the New START lapse, making the world a much more dangerous place. Russiagate has provided the cover for Trump to pull out of arms control agreements. First the INF, then the Open Skies, and now possibly the New START. Any talks or negotiations with Russia are discouraged in this atmosphere, and this Times story will make things even worse.”

“US ‘intelligence’ agencies (ie, organized crime networks run by the state) want to sabotage the (admittedly very inadequate) peace talks in Afghanistan,” tweeted journalist Ben Norton. “So they get best of both worlds: blame the Russian bogeyman, fueling the new cold war, while prolonging the military occupation. It’s not a coincidence these dubious Western intelligence agency claims about Russia came just days after a breakthrough in peace talks. Afghanistan’s geostrategic location (and trillions worth of minerals) is too important to them.”

First anonymous US spies spread this rumor. Now anonymous European spies are doing the same. And the corporate media eats it up like candy https://t.co/l6Rze37MZx

All parties involved in spreading this malignant psyop are absolutely vile, but a special disdain should be reserved for the media class who have been entrusted by the public with the essential task of creating an informed populace and holding power to account. How much of an unprincipled whore do you have to be to call yourself a journalist and uncritically parrot the completely unsubstantiated assertions of spooks while protecting their anonymity? How much work did these empire fluffers put into killing off every last shred of their dignity? It boggles the mind.

It really is funny how the most influential news outlets in the western world will uncritically parrot whatever they’re told to say by the most powerful and depraved intelligence agencies on the planet, and then turn around and tell you without a hint of self-awareness that Russia and China are bad because they have state media.

Sometimes all you can do is laugh.

Caitlin Johnstone is a rogue journalist, poet, and utopia prepper who publishes regularly at Medium.   Her work is entirely reader-supported, so if you enjoyed this piece please consider sharing it around, liking her on Facebook, following her antics on Twitter, checking out her podcast on either Youtube, soundcloud, Apple podcasts or Spotify, following her on Steemit, throwing some money into my tip jar on Patreon or Paypal, purchasing some of her sweet merchandise, buying her books “Rogue Nation: Psychonautical Adventures With Caitlin Johnstone” and “Woke: A Field Guide for Utopia Preppers.”

26 comments for “This Russia-Afghanistan Story is Western Disinformation”