Ignoring state-owned media in nations allied with the U.S., Facebook is attaching a warning label to state media from countries the U.S. doesn’t like.

Facebook has begun adding labels to news articles it publishes from “state media” to warn readers about where their news is coming from.

The warning reads: “This publisher is wholly or partially under the editorial control of a state. This is determined by a range of factors, including but not limited to funding, structure and journalistic standards.”

“The concern for us is state media combines the agenda setting power of a media entity with the strategic backing of a state,” Nathaniel Gleicher, Facebook’s head of security policy, told CNN Business. “If you’re reading coverage of a protest, it’s really important you know who is writing that coverage and what motivation they have. The goal of this is to ensure the public will see and understand who is behind it.”

Facebook is so far labeling news from only two state media outlets. It’s hardly surprising who they are:  Russian government-owned Sputnik and RT, and Xinhua, China’s national news agency.

A government can choose its adversaries. But nowhere is it written that the news media, or Facebook, has to automatically go along.  Doing so makes one look like state-run media. 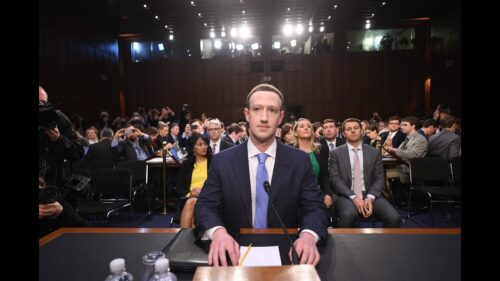 Facebook will also ban advertising on its platform from state media it doesn’t like. So far that’s only from Russia and China.

These are purely political decisions made by Facebook under direct pressure from the U.S. government in open Congressional hearings. It has nothing to do with maintaining accuracy in media.

It is social media being used as proxy censors by a government that under the Constitution is not allowed to directly censor. Social media companies were at first reluctant to give in, realizing it’s not what their customers want, but give in they have.

The obvious question is:  Why won’t there be warning labels on news from Agence France Presse, majority-owned by the French government, or the BBC, the CBC, Radio France, ZDF in Germany, the Australian Broadcasting Corporation, Voice of America or Radio Free Europe–all government-funded media?

The obvious answer is: These outlets are run by the U.S. and its allied governments. Westerners generally decline to see their own bias, even in their private media.  Western media can present news from an American or Euro-centric viewpoint, but decry Russia or China reporting news from their vantage point. Viewing themselves as generally superior and universal, Western establishments have grown used to not being criticized too much by its media, especially in its foreign entanglements.

Big corporate media in the U.S., in their national security and foreign affairs reporting, are essentially mouthpieces for the intelligence agencies, who routinely launder disinformation through big media.  In this sense, U.S. media has become an extension of the state, even if they are privately-owned.

Consider also the Murdoch empire in the U.S., UK and Australia, which for decades has operated with a distinct, right-wing political agenda and strike fear in governments in those countries.  But Western leaders and journalists have convinced themselves that their media is universally objective and true, even when they lead a nation into a war of aggression based on lies, or spend three years on a fantasy of foreign interference.

Make no mistake. These “state media” labels are just in time for the November presidential election. 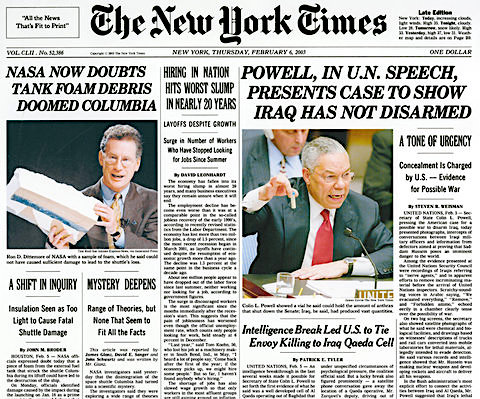 My long experience writing about international affairs for major media taught me that U.S., privately-owned newspapers–not just Chinese and Russian media–have an agenda, which is to not neutrally report complex international events from multiple sides, but to promote U.S. interests abroad.

Mainstream media’s greatest sin is the sin of omission: leaving out of a story, or marginalizing, points of view at odds with a U.S. agenda, but vital for the reader to comprehend a frighteningly complex world.

The viewpoints of Iranians, Palestinians, Russians, North Koreans, Syrians and others are never fully reported in the Western media, though the supposed mission of journalism is to tell all sides of a story. It’s impossible to understand an international crisis without those voices being heard. Routinely or systematically shutting them out dehumanizes people in those countries, making it easier to gain popular support in the U.S. to go to war against them.

In this sense, Russian and Chinese media understand much better American motives and thinking than the other way around, if only because it airs Western journalists and commentators whose dissenting views are shut out in the West.

I appear on Sputnik and RT as an analyst and commentator and I can tell you the Russian state does not vet what I say. If they don’t like what I say they can not invite me back, just the way Western media does. Just ask Ray McGovern, who’s been shut out of U.S. television studios.

Ultimately it is up to the individual to decide what to believe or not believe in media, and the best way to facilitate that is for the reader or viewer to have an unhindered access to any media they choose to consume.

The more diverse views from many nations that publics are exposed to, the better, for them to arrive at an informed understanding of the world. Facebook undermining the credibility of an article even before it is read, by them or the public, is not the way to achieve this.

← VIPS MEMO: To the AG–More on Mueller’s Forensics-Free Findings
UPRISING: Police and Their Apologists Have Already Lost the Argument →