The paradox of Australia: a wealthy country whose complacent, U.S.-indoctrinated political elites are betraying its promise in so many important ways, writes Tony Kevin. 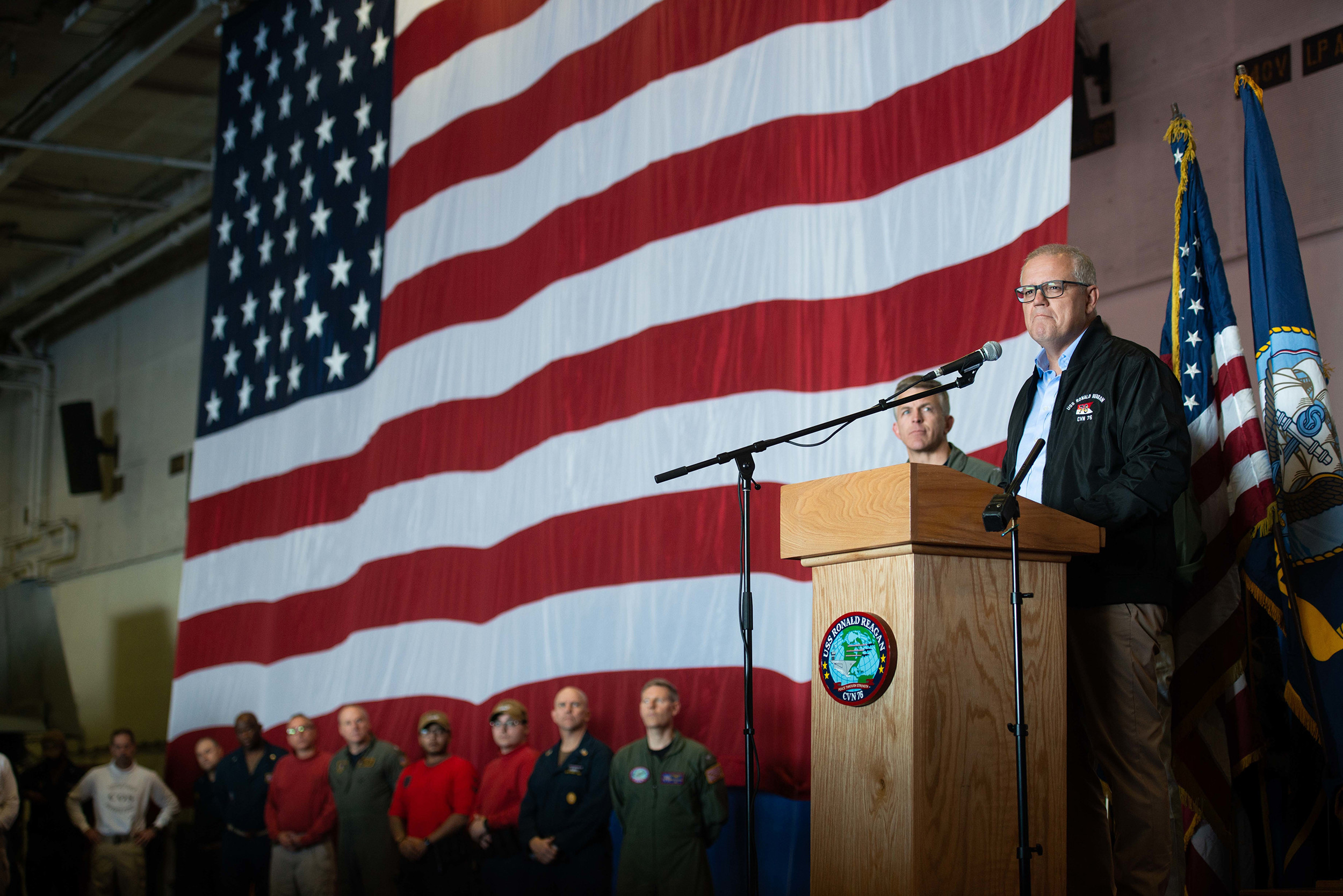 By Tony Kevin
in Canberra, Australia
Special to Consortium News

It is hard to explain Australia to foreigners: a complicated former British colonial society that likes to think of itself as simple and honest, and sometimes persuades others that this may be true. The Australia of the “Dustyesky Russian Choir” that recently became a brief sensation on Russia’s mainstream Channel One is a reassuring image: one in which some Russians might still sentimentally like to believe.

Yet there is a darker side. An Australian Rip Van Winkle who had gone to sleep in, say, 1990 and woke up today would not recognize his country, whose elites have become more greedy, more corrupt, more indifferent to old-fashioned notions of a shared national interest.

The dominant influence has been the American ideological and military colonization of Australia, which can be traced back to the CIA-engineered regime change operation in 1975 that removed the nationally independent, socially progressive government of Gough Whitlam. [Read John Pilger’s trenchant obituary of Whitlam.]

Since then, the Australian military has surrendered to a stealthy increasing integration with and indoctrination by the U.S., to the point where it could no longer function in the defense of Australia without U.S. approval: inter-operability has gone so far. There is a permanently rotating major U.S. Marine base in Darwin, Australia’s northernmost city. A top-secret U.S. defense facility at Pine Gap in Central Australia plays a vital role in U.S. global strategic nuclear targeting and intelligence gathering against Russia or China.

It would be a first-order nuclear target in any major war. But by then it would have done its work. 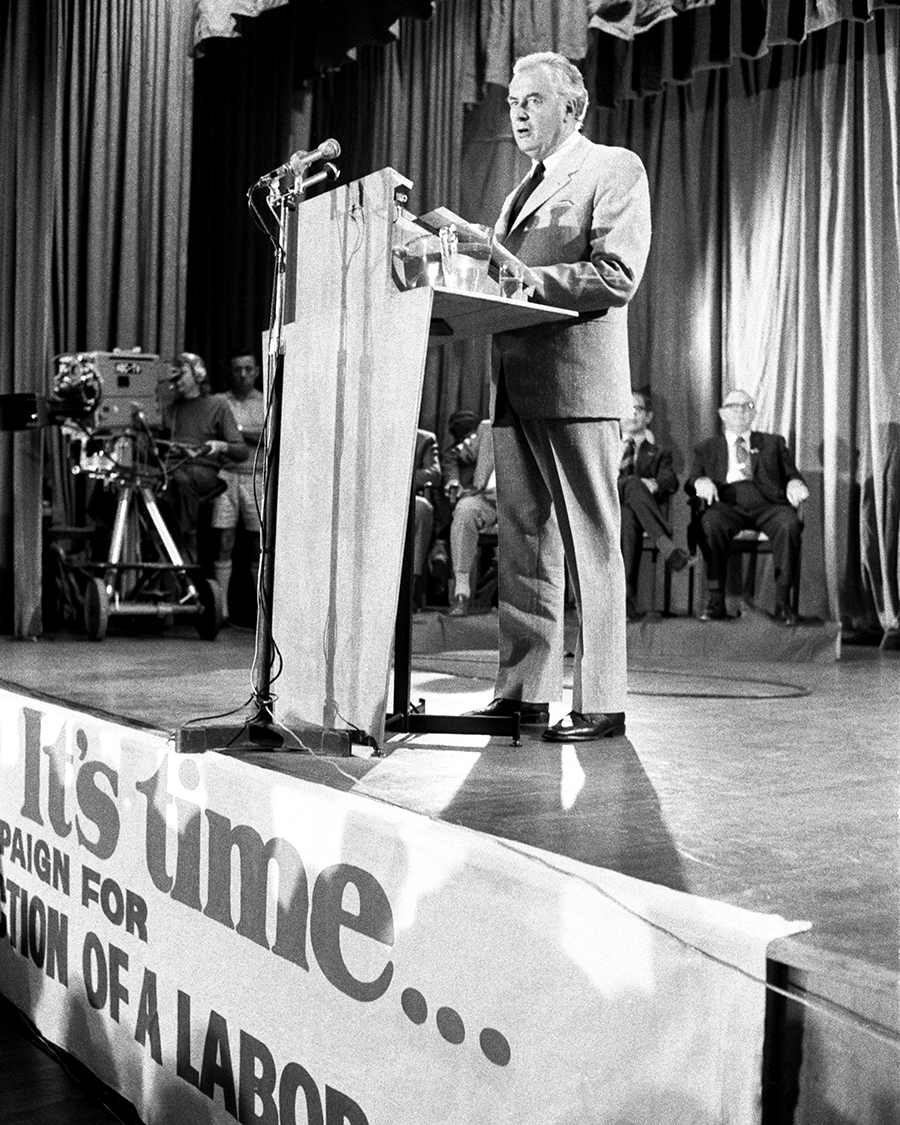 Australian political and mainstream media elites on both sides of politics have been systematically over many decades indoctrinated into American elites’ way of seeing the world. Like loyal Britons in the Roman Empire, they have accepted U.S. imperial elites’ benign view of themselves and their global mission, and have fondly imagined Australia as a valued and loved junior partner in this shared endeavor.

The federal government in Canberra, the national capital, learned over the past 45 years to live with the sometimes humiliating contradictions of the hidden American imperial hand in Australia. Most of the time, before President Donald Trump, U.S. power was exercised discreetly and tactfully. But no longer.

Australia meanwhile grew very rich, riding on the back of China’s dynamism and growth. Australia became a reliable low-cost supplier to China of immense quantities of minerals, food and fiber. For decades, Australia rode the two horses of near-total economic reliance on China and total strategic dependency on the U.S.

In Australia’s robust federal system, American influence penetrated furthest at the federal national level. The present prime minister of Australia, Scott Morrison, is a deeply unimpressive mini- Trump; a shallow mouthpiece for big money and the U.S. alliance, lacking in empathy with traditional Australian community values and aspirations. In the recent national bushfire crisis, Morrison was found wanting as a leader. At the height of the emergency, he was holidaying in Hawaii — on an American-paid free holiday jaunt. 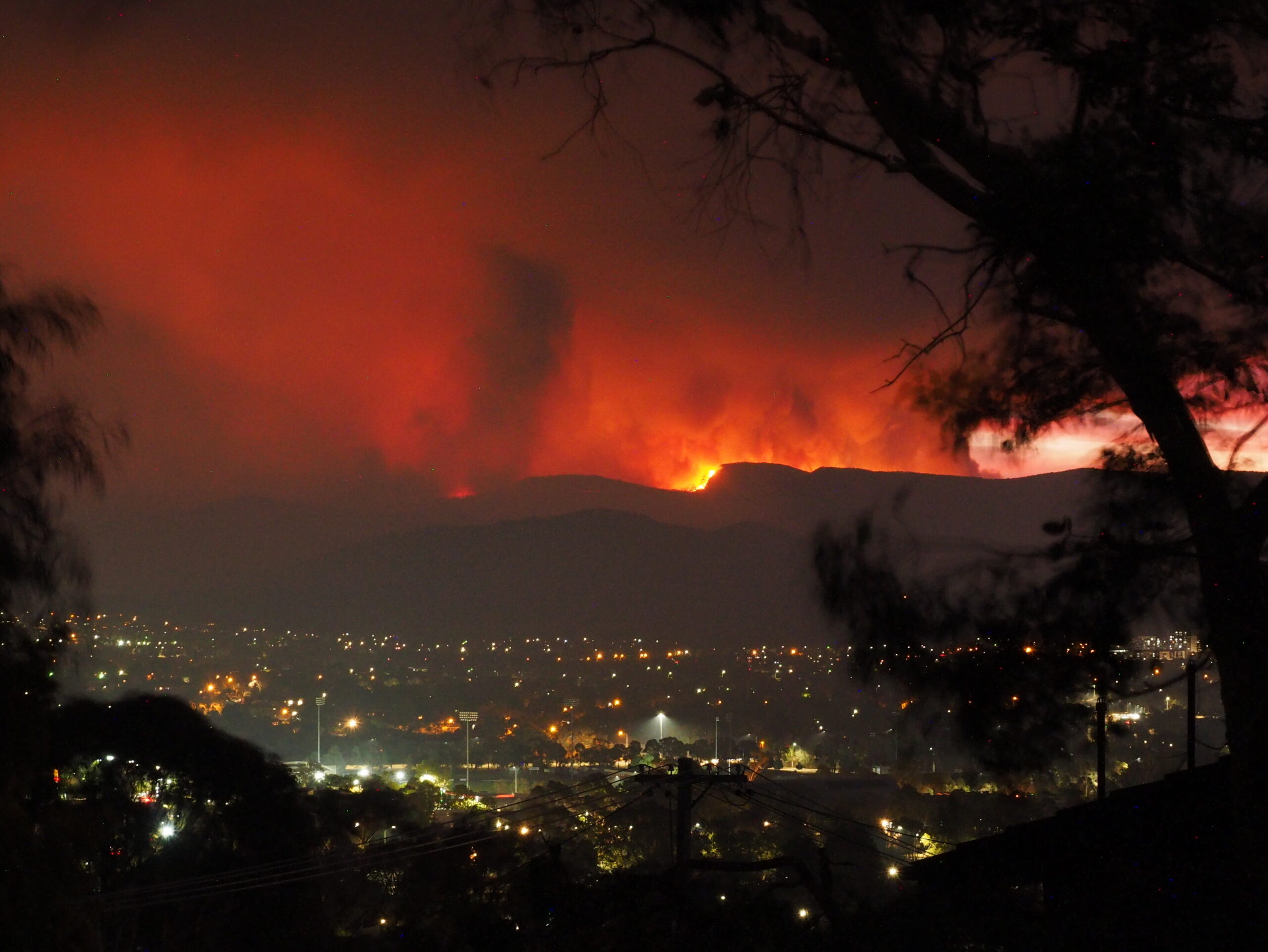 Hard on the heels of the bushfire crisis came Covid-19. Blessed by its isolated continental geography and an ethical state-based public health system that has not been corrupted as in the U.S., Australia weathered the pandemic amazingly well. Deaths have only just passed 100, four months into the crisis. The disease is on the wane.

For this success, much is owed to Australia’s state premiers, and in particular the quiet unassuming leadership of Victoria’s Premier Dan Andrews.

Morrison to his credit set up a Covid-19 National Cabinet, unprecedentedly bringing in as co-decision-makers the state premiers. They — Andrews leading the way — insisted on much stricter social lockdown rules than Morrison — the mouthpiece of big business — initially wanted to consider. The state governments were prepared for more economic disruption, because they put a higher value on protecting their citizens’ lives.

As Australia now begins to move out of the pandemic, Andrews has been a strong restraining force, insisting on slow careful steps to economic rebuilding. His wisdom has exposed Morrison’s shortcomings. 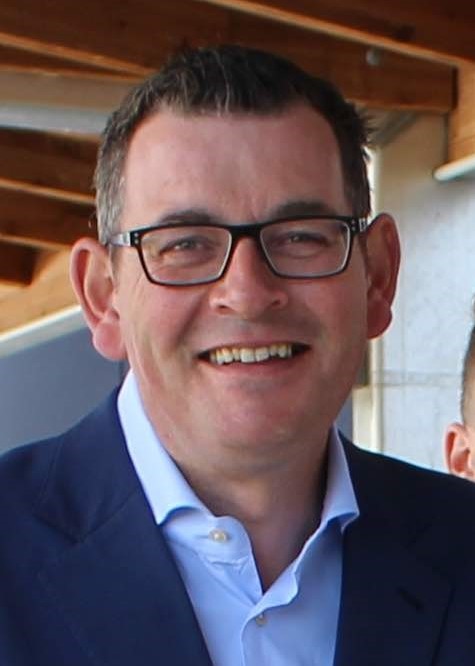 In recent days, Andrews became the target of a bizarre Australian and American campaign of personal denigration. He has been accused by the Murdoch-dominated Australian media of being a gullible agent of Chinese Communist Party influence, because he has over the past two years publicly expressed Victoria’s interest in taking part in China’s Belt and Road Initiative (BRI).

For this view  — shared by the New Zealand government and the former Australian Prime Minister Malcolm Turnbull — Andrews is now being mockingly accused of naïveté , of not seeing the  threat of Chinese economic takeover of Australia.

Even U.S. Secretary of State Pompeo joined in, warning darkly that Andrews‘ s support for BRI could close down the Australia-U.S. strategic alliance. Pompeo’s words were way over the top, but they brought back to the Australian Labor Party bitter memories of the 1975 CIA-engineered coup which destroyed Whitlam.

It is hard to see who instigated this vicious attack on a popular and politically rising state leader: Morrison out of jealousy, or Pompeo for larger strategic  reasons. Both had obvious motives, and maybe both agreed to target Andrews as a salutary lesson to others.

There is a larger context. Australia is currently wrestling with its now-chronic dilemma: how to balance its relations with Trump’s willful and unreliable America, and an increasingly angry No. 1 trade partner China.

Australia foolishly led the way in trying to build international support for Trump’s recent attacks on Chinese and WHO initial handling of the pandemic.  Australia continues falsely to claim credit for the eventual, very different, international consensus resolution that emerged in WHO and that China co-sponsored.

As China’s diplomatic signaling towards Australia has hardened in recent weeks , Australia’s U.S.-driven Sinophobe lobby has become more recklessly outspoken in Canberra government and mainstream media circles. China has imposed well-targeted unacknowledged sanctions on Australian barley, meat and coal exports, which have shaken the confidence of Australian business leaders that they can continue to keep politics and trade separate.

At the political level, Morrison and his ministers are daily digging deeper the hole they are in, too proud to apologize to China for their aggressive clumsiness. It is a dangerous moment in a hitherto tranquil enough Australia -China relationship based on mutual economic interest.

Pompeo’s personal attack on an Australian state premier — however excessive and misplaced it was — might have been seen by him and Morrison as a useful distraction from this larger crisis. The U.S. ambassador in Canberra — a Trump appointee — hastily backtracked, trying to cover for Pompeo’s crude bullying language, which was evoking resentful Australian public responses.

But the warning has been duly delivered. Obedient to its imperial master, Australia will, despite all logic to the contrary, go on resisting any strengthening of its relations with China. The U.S.-indoctrinated Australian political-strategic elite will continue to act contrary to Australia’s own best interests.

And China will continue, regretfully, to go on slowly turning off the Australian trade tap, seeking alternative suppliers like Russia for more of its import needs. Harder times lie ahead for Australia: it will not be able to replace the Chinese market it is so wantonly taunting.

Tony Kevin is a former Australian senior diplomat and the author of six published books on public policy and international relations.

35 comments for “Australia & the Working of the American Imperial Hand”