Steve Ellner calls on the U.S. corporate media to apply more skepticism in their coverage of the  Venezuelan opposition.

The Associated Press’ Miami-based Latin America correspondent, as early as January, pushed the Venezuelan opposition’s line that the TV channel Globovisión was a tool of Nicolás Maduro’s government and that DirecTV should take it off the air. The report helped accelerate the groundwork for subsequent events in which the Trump administration continued pressure on DirecTV to do just that, after which the broadcasting company simply pulled out of the country last week.

Joshua Goodman, the AP correspondent, legitimized the State Department’s pressure on AT&T to “pull the plug on Maduro’s propaganda machine” and cease transmission of Globovisión.  The pressure paid off.

DirecTV said it pulled out of Venezuela because of U.S. sanctions. On Friday, U.S. Secretary of State Mike Pompeo wrote on Twitter: “Why can’t Venezuelans watch Fútbol Total? Because Nicolás Maduro drove DirecTV out. Protecting his cronies and their money is more important than allowing ten million citizens access to uncensored information.”

Pompeo was blaming Maduro for not acceding to State Department demands that DirecTV rid itself of Globovisión. Now members of the opposition are echoing Pompeo’s claim by circulating a petition that calls on DirecTV’s owner AT&T to return to Venezuela in the form of a “Free DirecTV.” The petition would have DirecTV broadcast in Venezuela by defying and ignoring government regulations while accepting the State Department’s power to blacklist Venezuelan channels. As of Wednesday the petition had over 100,000 signatures.

Not Black or White

Venezuelan politics is a lot more complex than what the Trump administration declares and what the AP and other corporate media report. There is a fairly large middle ground between Maduro’s Chavista government and the radical opposition headed by self-proclaimed president Juan Guaidó, who enjoys Washington’s unqualified support. Globovisión sits somewhere in the middle of this space. 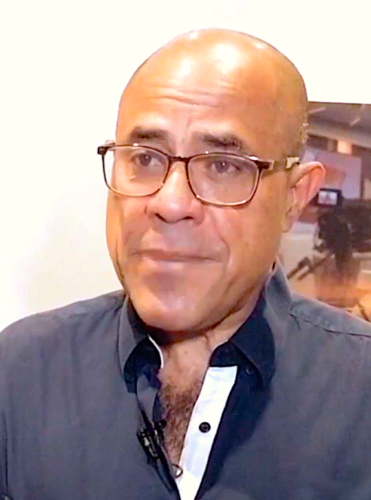 This became clear on Tuesday when journalist Vladimir Villegas of Globovisión’s flagship program “Vladimir A La Una” resigned. In a YouTube video, Villegas denounced factions in both government and opposition who “are not lovers of open debate” and claimed he was resigning because of pressure from Maduro, though he provided no detail.

Villegas, who formed part of the government of Hugo Chávez until 2007, and whose father was a longtime leading Communist, said in the video that the radical opposition has called him a “collaborationist” and “enchufado” (tied to the government for personal benefit).

Though Villegas said he was attacked by both sides, usually a sign of impartial journalism, Goodman had uncritically written: “The U.S. officials and opposition operators are concerned that DirecTV is being used to broadcast state TV programming by Maduro to attack his opponents, who have no way to respond.”

Nothing could be further from the truth. All Goodman, or Pompeo, would have had to do is to Google Globovisión and open its web page to see that the channel in no way reflects the line coming from the Maduro government.

Alternatively, they could have accessed Globovisión programs like Villegas’ now former show to have seen that he interviewed people of different political stripes and that he hardly expressed pro-government positions. 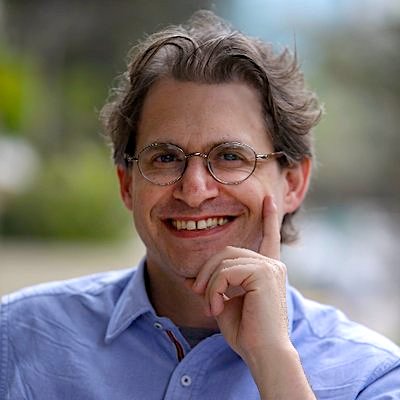 Goodman should have the journalistic responsibility to check the credibility of U.S. government and opposition “concerns” that Globovisión was a government mouthpiece. He might have quoted a pro-government source to present the other side of the story. But there was nothing of the sort.  Indeed, it would be easy to refute the statement that Maduro’s opponents “have no way to respond.”

Anyone can go into most bookstores in Venezuela, even in the nation’s major state-run airport outside of Caracas, and review the newspapers on the stand to see a flourishing opposition press. Sometimes it’s the government that has “no way to respond.”

Why does the Venezuelan opposition consider Globovisión and its owner Raúl Gorrín, who purchased the channel in 2013, to be “traitors?” Goodman wrote that prior to Maduro’s assumption of the presidency in 2013, Globovisión had been “critical of the government” and is now no longer standing up to “Venezuela’s government censors.”

But this is an understatement. Globovisión was rabidly critical. Fox’s coverage of a Bernie Sanders’ government would be mild in comparison to Globovisión’s reporting on the government of Maduro’s predecessor Hugo Chávez, who threatened the channel, but never shut it down.

Goodman’s misreporting shows how the intransigence and interventionism of the world’s most powerful actor in alliance with Venezuela’s radical opposition have generated a polarization that leaves little space for more moderate actors and more evenhanded news outlets, such as Globovisión.

The AP and much of the U.S. media are highly skeptical of Donald Trump’s statements, as they should be.

Why should its treatment of Guaidó and his supporters, who are virtual surrogates of the Trump administration, be any different?

← Australia & the Working of the American Imperial Hand
COVID-19: The Great Depression & the Corona Shock →