Progressive physicians are pressing the American Hospital Association to support patients and healthcare workers during the pandemic instead of wasting money on a lobby group that opposes universal coverage, Jake Johnson reports. 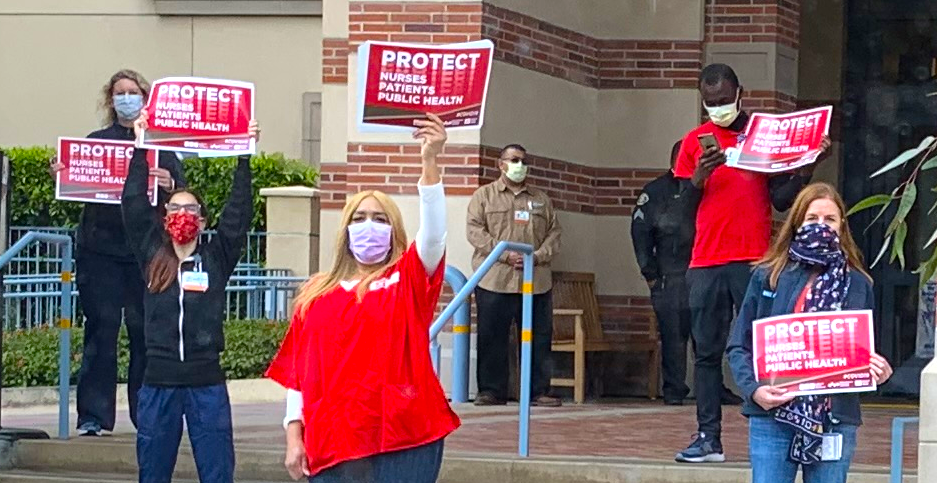 A progressive organization of 23,000 physicians from across the U.S. demanded last week that the American Hospital Association (AHA) divest completely from a dark-money lobbying group that has spent millions combating Medicare for All and instead devote those financial resources to the fight against Covid-19 and to better support for patients and healthcare workers.

Dr. Adam Gaffney, president of Physicians for a National Health Program (PNHP), said in a statement that “the Covid-19 pandemic has stretched hospitals’ resources to the limit, and the AHA should not waste precious member hospitals’ funds lobbying against universal health coverage” as a member of the Partnership for America’s Health Care Future (PFAHCF).

Because Medicare for All would provide a lifeline to hospitals in underserved areas that have been hit hard by Covid-19, Gaffney argued, the AHA “cannot claim to represent hospitals while also opposing a single-payer system that would keep struggling hospitals open.” The AHA represents around 5,000 hospitals and other healthcare providers in the U.S.

“The AHA should immediately leave the PFAHCF,” Gaffney said, “and redirect that money to supporting patients and frontline healthcare workers.”

“As physicians, we can no longer tolerate a health system that puts profits ahead of patients and public health,” Gaffney added. “It’s time for health professionals to hold accountable the organizations that claim to represent us.”

Formed in the summer of 2018 by an alliance of pharmaceutical, insurance, and hospital lobbyists with the goal of countering the push for universal healthcare, PFAHCF’s anti-Medicare for All “army” has grown rapidly since its founding, with the AHA joining the fray in 2019.

As The Intercept reported last October, the for-profit hospital industry has played an “integral role” in the corporate fight against single-payer.

“America’s hospitals and health systems strongly support improving patient access to health coverage for all Americans,” Rick Pollack, AHA’s president and CEO, wrote in a blog post last February. “That’s why we’ve joined with the American Medical Association and others as part of the Partnership for America’s Health Care Future to build on the strength of the existing reforms.”

The American Medical Association dropped out of PFAHCF last year in the face of protests from doctors and nurses, and now healthcare workers are pressuring AHA to do the same.

PNHP said it originally planned to protest outside of the AHA’s annual meeting in Washington, D.C., in April but has been forced by the coronavirus pandemic to take its pressure campaign online, “with tactics such as a petition and letter-writing campaign directed at AHA officials.”

Rev. Richard Ellerbrake, president emeritus of Deaconess Health System in St. Louis wrote in a letter to AHA board members that “it often seemed to me that the AHA was ahead of the American Medical Association (AMA) on many important issues of the day.”

“Today I would hope the AHA would follow the example of the AMA and discontinue supporting the PFAHCF,” wrote Ellerbrake.