We — the American people — have a right to participate in the last vestiges of this tattered democracy. 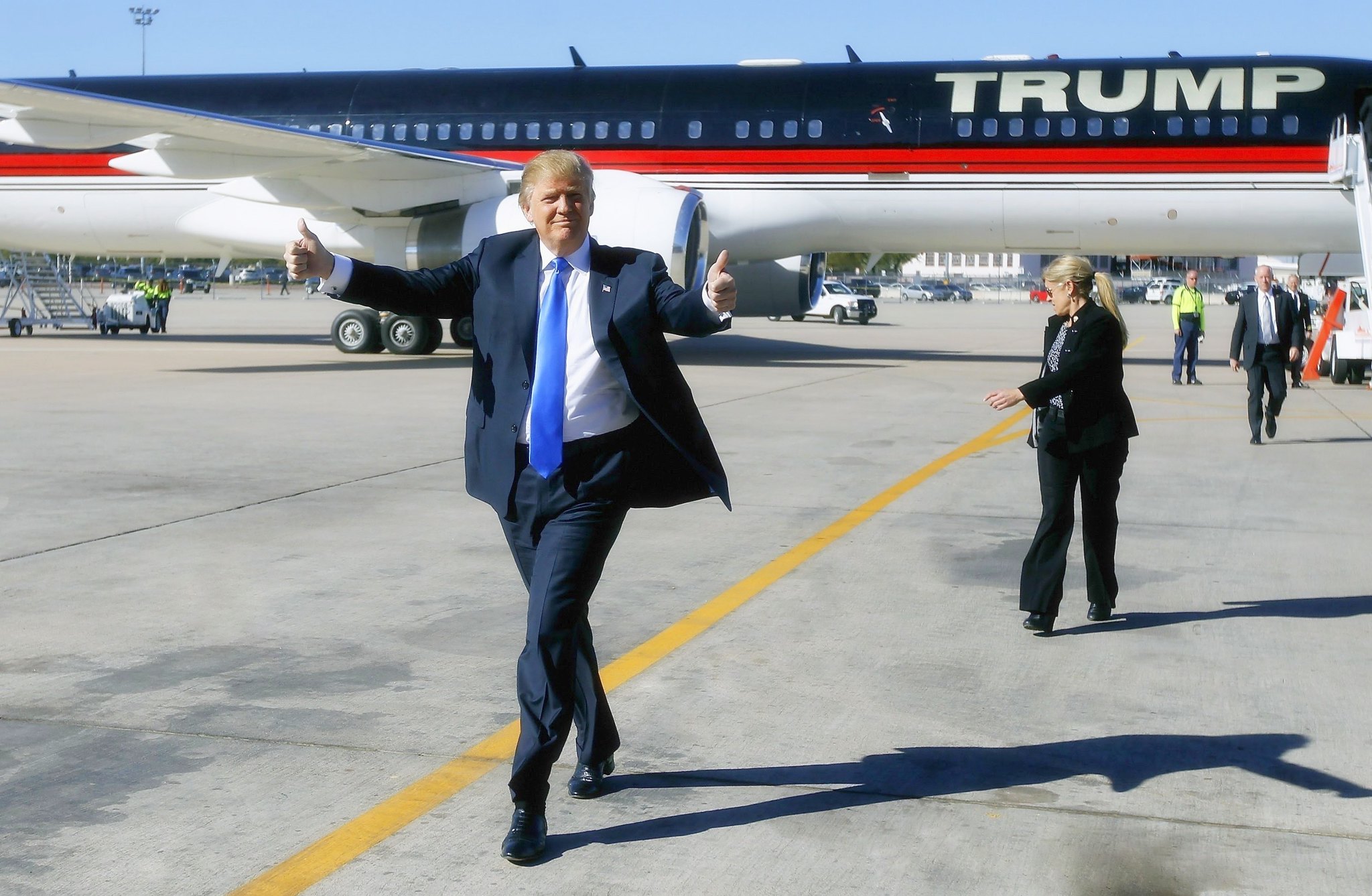 Donald Trump will win reelection. I take no pride in saying that.

I will feel no thrill or joy to witness the Oval Office occupied for another four years by the most grotesque, venal, incompetent, amateur megalomaniacal man-child this country has ever seen. He’s bush league, and he’s not even in Bush’s league of idiots.

And no, the reason Trump will triumph is not just because Joe Biden happens to be the most pathetic, contaminated, befouled, out-of-touch hapless candidate the Democratic Party has ever put up since Hillary Clinton way back in… WAS THAT JUST FOUR YEARS AGO?! Seems like 900. Ugh, god. (Is life slowing down? Speeding up? Are we in purgatory? Perhaps a collective hideously-gruesome dreamscape that’s supposed to teach us some kind of lesson?)

No, Donald Trump will likely prove victorious because nearly 17 million Americans have been purged from the voter rolls over the past four years and your corporate media doesn’t have the genitalia to effectively report on it.

Investigative reporter Greg Palast has uncovered yet another way our sham democracy has been rigged. If you don’t know him, he’s the tenacious fellow who discovered how George W. Bush stole the presidency in 2000; the guy who uncovered how the Deepwater Horizon oil spill actually happened; the guy who revealed how California was stolen from Bernie Sanders by forcing provisional ballots on every carbon-based lifeform that entered a polling place; and the guy who discovered where I left my underwear that crazy night in Vegas. 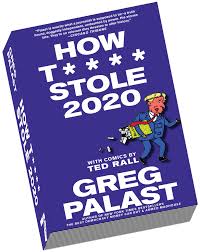 To give you an idea of just how much 16.7 million scrubbed voters could matter in this year’s election, Trump won the state of Michigan against Hillary Clinton in 2016 by 10,704 votes. That’s .065 percent of the number of people purged across the nation for supposedly moving residences.

And please keep in mind I am not saying anything complimentary of Hillary Clinton or Joe Biden. That’s not the point. I just want a legit election. I will call out all election meddling, fraud and suppression whether it comes from the GOP, the DNC, the CIA, Run-DMC, or Blink182. I don’t care. I just want an actual legitimate adult big-boy election.

And in reality, it’s even more than 16.7 million robbed of their ballot. That’s only the people who were scrapped for supposedly “changing residences” when most didn’t. That’s not even counting the people purged by way of Interstate Crosscheck, or due to closed polling places, or due to thrown out mail-in ballots, etc. Yes, even though some people are now pushing for a complete mail-in election this coming November due to the pandemic, Palast reports, “Mail-in ballots are a nightmare. Twenty-two percent are thrown out. Move to 80% mail-in voting and 25 million people would lose their votes.”

The powers-that-be can throw out mail-in ballots for just about anything. Maybe the signature doesn’t quite match, maybe the would-be voter had a stray mark or rogue booger on the page, maybe despite being an American citizen, they signed their name in their native language – such as Korean, maybe the voter just barely – hardly at all – ever so slightly… wiped their ass with the ballot. But can you blame them? When it’s Donald Trump vs. Joe Biden? Why would you not?! 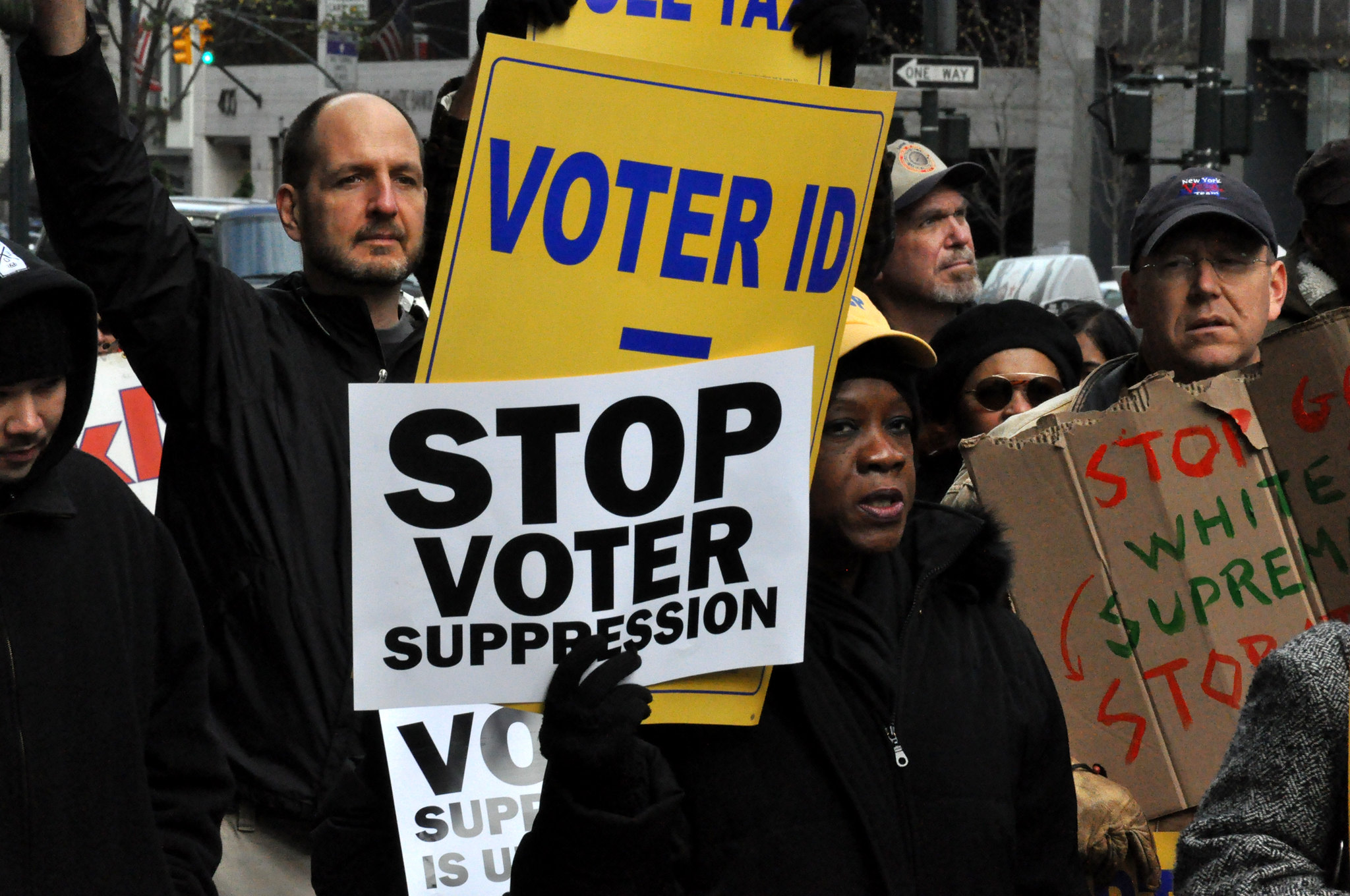 So knowing that so many Americans, mostly minorities and young people, will be disenfranchised in November, we have to ask, “Where the hell is the Democratic Party? Why aren’t they acting like their panties are in a bunch, their hair is on fire, and their sofa is ravaged by bed bugs?” (I made up that last expression.) I will try to answer this greatest of all questions.

As with everything involving the Democrats, the answer is a beautiful recipe – a crème brûlée – of incompetence and corruption. It’s a crime-brûlée. Some of the voter suppression they might not know of. For example, it seems to have taken them an impressive amount of time to learn about Interstate Crosscheck, which eliminated millions from the rolls in 2016 (and is one of the many, many reasons Hillary Clinton lost).

Then, when they do find out about the dastardly election shenanigans, they seem to think, “Eh, let’s not make a big issue out of it because if we do, people will start asking about election fraud in the primary elections too. And we totally rigged those against Bernie Sanders in a dozen different ways. Oh man, we screwed him harder than an IKEA coffee table that you put together wrong and tried to make it work with a power drill. So let’s not turn kicking voters off rolls into a national issue. Best to leave that can of worms sealed with super glue.”

Instead the Democratic Establishment and the liberal-aligned media remain nearly completely silent about the millions of American voters thrown out with the evening garbage. But the Democrats and the media don’t seem to realize their silence is deafening. We — the American people — have a right to participate in the last vestiges of this tattered cadaverous democracy. We have a right to a ballot, be it dirty and bloodied. We have a right to a voice, even exhausted and hoarse. Everyone should agree with that – no matter your political beliefs.

62 comments for “LEE CAMP: Trump Will Win Reelection Unless We Do One Thing”