Chinese General Qiao Liang argues, “If we have to dance with the wolves, we should not dance to the rhythm of the United States,” reports Pepe Escobar. 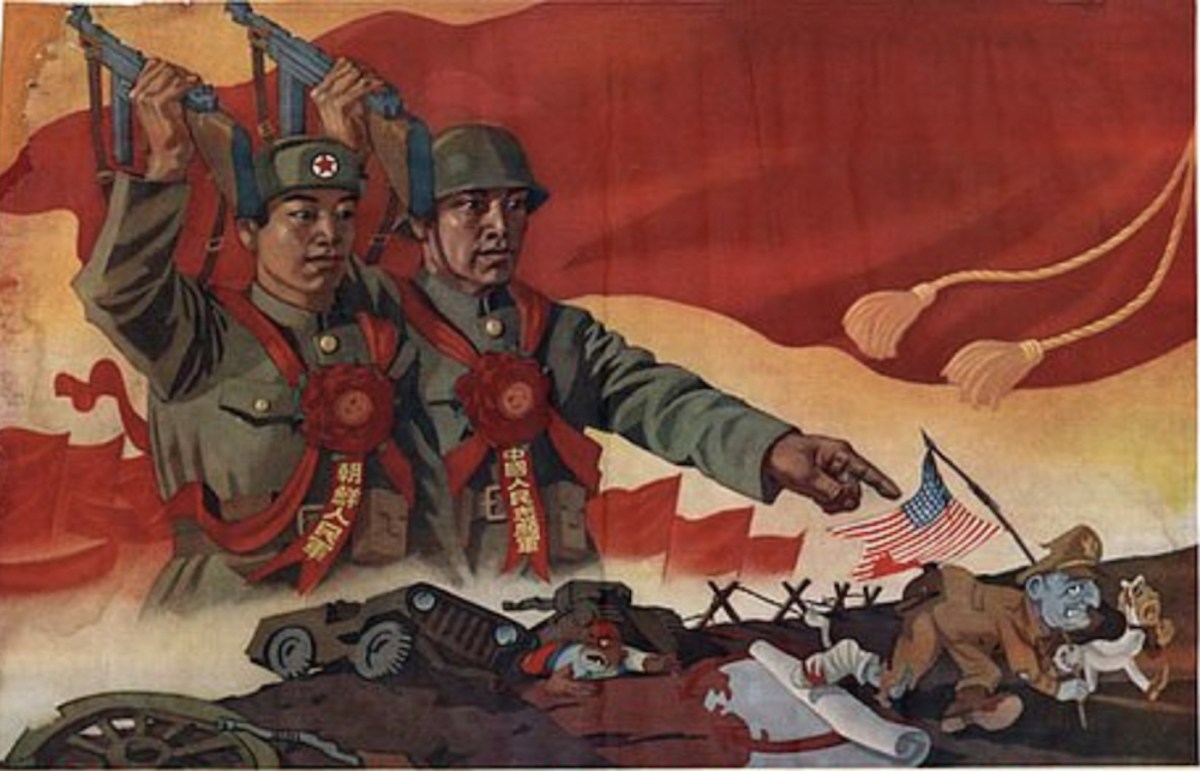 In 1999, Qiao Liang, then a senior air force colonel in the People’s Liberation Army, and Wang Xiangsui, another senior colonel, caused a tremendous uproar with the publication of “Unrestricted Warfare: China’s Master Plan to Destroy America.”

“Unrestricted Warfare” was essentially the PLA’s manual for asymmetric warfare: an updating of Sun Tzu’s “Art of War.” At the time of original publication, with China still a long way from having its current geopolitical and geo-economic clout, the book was conceived as laying out a defensive approach, far from the sensationalist “destroy America” added to the title for U.S. publication in 2004.

Now the book is available in a new edition and Qiao Liang, as a retired general and director of the Council for Research on National Security, has resurfaced in a quite revealing interview originally published in the current edition of the Hong Kong-based magazine Zijing (Bauhinia).

General Qiao is not a Politburo member entitled to dictate official policy. But some analysts I talked with agree that the key points he makes in a personal capacity are quite revealing of PLA thinking. Let’s review some of the highlights.

The bulk of his argument concentrates on the shortcomings of U.S. manufacturing: “How can the US today want to wage war against the biggest manufacturing power in the world while its own industry is hollowed out?”

An example, referring to Covid-19, is the capacity to produce ventilators: “Out of over 1,400 pieces necessary for a ventilator, over 1,100 must be produced in China, including final assembly. That’s the US problem today. They have state of the art technology, but not the methods and production capacity. So they have to rely on Chinese production.”

General Qiao dismisses the possibility that Vietnam, the Philippines, Bangladesh, India and other Asian nations may replace China’s cheap workforce: “Think about which of these countries has more skilled workers than China. What quantity of medium and high level human resources was produced in China in these past 30 years? Which country is educating over 100 million students at secondary and university levels? The energy of all these people is still far from being liberated for China’s economic development.” 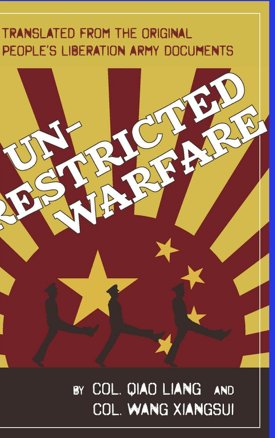 He acknowledges U.S. military power even in times of epidemic and economic difficulties is always capable of “interfering directly or indirectly in the Taiwan straits question” and finding an excuse to “block and sanction China and exclude it from the West.” He adds that, “as a producing country, we still cannot satisfy our manufacturing industry with our own resources and rely on our own markets to consume our products.”

In consequence, he argues, it’s a “good thing” for China to engage in the cause of reunification, “but it’s always a bad thing if it’s done at the wrong time. We can only act at the right time. We cannot allow our generation to commit the sin of interrupting the process of the Chinese nation’s renaissance.”

To arrest movement toward Taiwan’s independence, “apart from war, other options must be taken into consideration. We can think about the means to act in the immense gray zone between war and peace, and we can even think about more particular means, like launching military operations that will not lead to war, but may involve a moderate use of force.”

In a graphic formulation, General Qiao thinks that, “if we have to dance with the wolves, we should not dance to the rhythm of the U.S. We should have our own rhythm, and even try to break their rhythm, to minimize its influence. If American power is brandishing its stick, it’s because it has fallen into a trap.”

Now compare General Qiao’s analysis with the by-now-obvious geopolitical and geo-economic fact that Beijing will respond tit for tat to any hybrid war tactics deployed by the United States government. The gloves are definitely off.

The gold standard expression has come in a no-holds barred Global Times editorial: “We must be clear that coping with US suppression will be the key focus of China’s national strategy. We should enhance cooperation with most countries. The US is expected to contain China’s international front lines, and we must knock out this US plot and make China-US rivalry a process of US self-isolation.”

An inevitable corollary is that the all-out offensive to cripple Huawei will be counterpunched in kind, targeting Apple, Qualcom, Cisco and Boeing, even including  “investigations or suspensions of their right to do business in China.”

So, for all practical purposes, Beijing has now publicly unveiled its strategy to counteract U.S. President Donald Trump’s “We could cut off the whole relationship” kind of assertions.

A toxic racism-meets-anti-communism matrix is responsible for the predominant anti-Chinese sentiment across the U.S., encompassing at least 66 percent of the whole population. Trump instinctively seized it – and repackaged it as his re-election campaign theme, fully approved by Steve Bannon.

This will imply a concerted offensive, trying to enforce embargoes and trying to block regional markets to Chinese companies. Lawfare will be the norm. Even freezing Chinese assets in the U.S. is not a far-fetched proposition anymore.

Every possible Silk Road branch-out – on the energy front, ports, the Health Silk Road, digital interconnection – will be strategically targeted. Those who were dreaming that Covid-19 could be the ideal pretext for a new Yalta – uniting Trump, Xi and Putin – may rest in peace.

“Containment” will go into overdrive. A neat example is Admiral Philip Davidson – head of the Indo-Pacific Command – asking for $20 billion for a “robust military cordon” from California to Japan and down the Pacific Rim, complete with “highly survivable, precision-strike networks” along the Pacific Rim and “forward-based, rotational joint forces” to counteract the “renewed threat we face from great power competition.”

Davidson argues that, “without a valid and convincing conventional deterrent, China and Russia will be emboldened to take action in the region to supplant U.S. interests.” 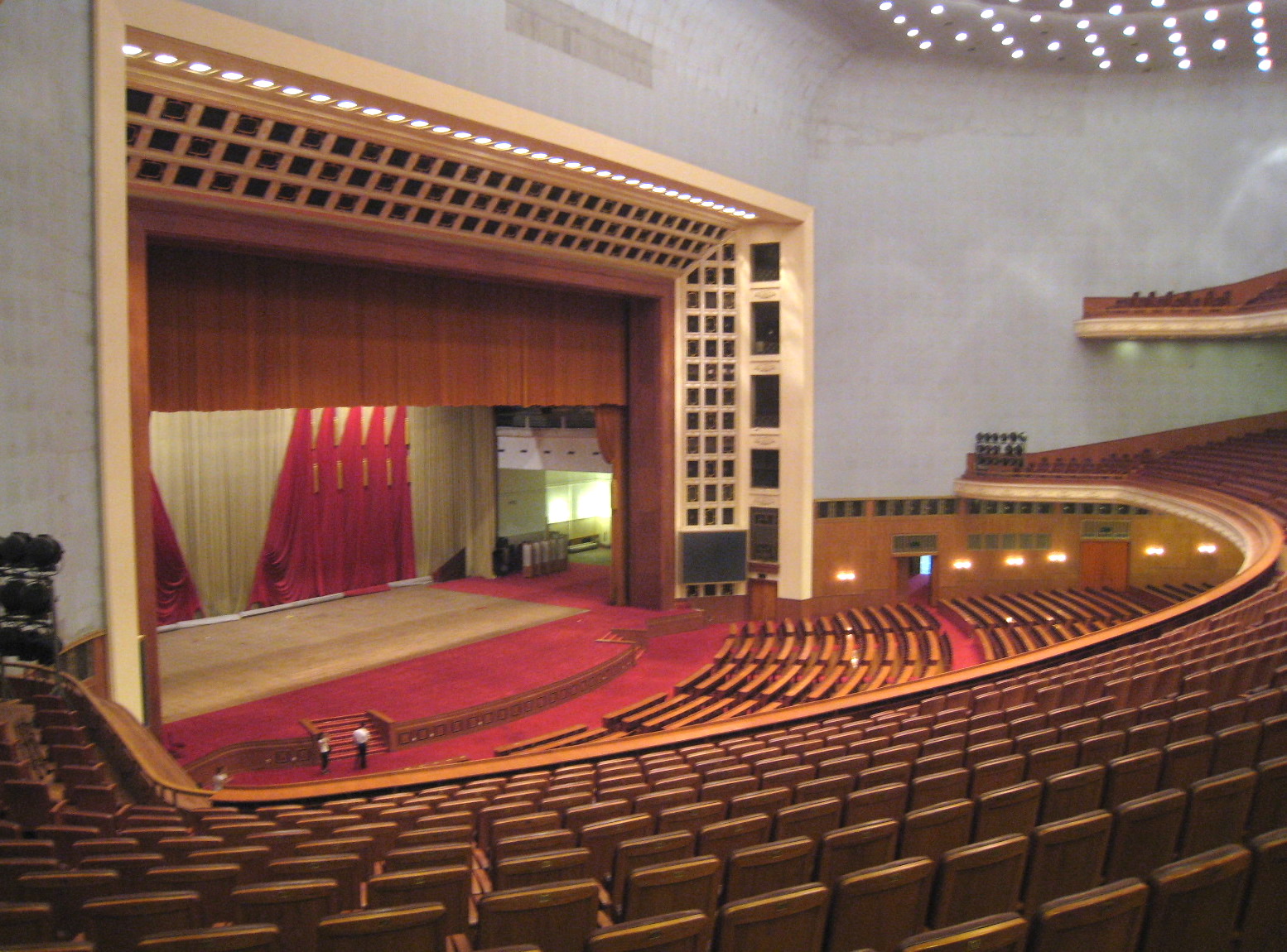 Great Hall of the People in Beijing, where full sessions of the National People’s Congress are held. (AcidBomber, CC BY 3.0, Wikimedia Commons)

From the point of view of large swathes of the Global South, the current, extremely dangerous incandescence, or New Cold War, is mostly interpreted as the progressive ending of the Western coalition’s hegemony over the whole planet.

Still, scores of nations are being asked, bluntly, by the hegemon to position themselves once again in a “you’re with us or against us” global war on terror imperative.

At the annual session of the National People’s Congress, starting this Friday, we will see how China will be dealing with its top priority: to reorganize domestically after the pandemic.

For the first time in 35 years, Beijing will be forced to relinquish its economic growth targets. This also means that the objective of doubling GDP and per capita income by 2020 compared with 2010 will also be postponed.

What we should expect is absolute emphasis on domestic spending – and social stability – over a struggle to become a global leader, even if that’s not totally overlooked.

After all, President Xi Jinping made it clear earlier this week that a “Covid-19 vaccine development and deployment in China, when available,” won’t be subjected to Big Pharma logic, but “will be made a global public good. This will be China’s contribution to ensuring vaccine accessibility and affordability in developing countries.” The Global South is paying attention.

Beijing seems to identify clearly the extending gap between a West, especially the U.S., that’s plunging into de facto New Great Depression territory with a China that’s about to rekindle economic growth. The center of gravity of global economic power keeps moving, inexorably, toward Asia.

← CN Live! is Going Strong, For Now
LEE CAMP: Trump Will Win Reelection Unless We Do One Thing →