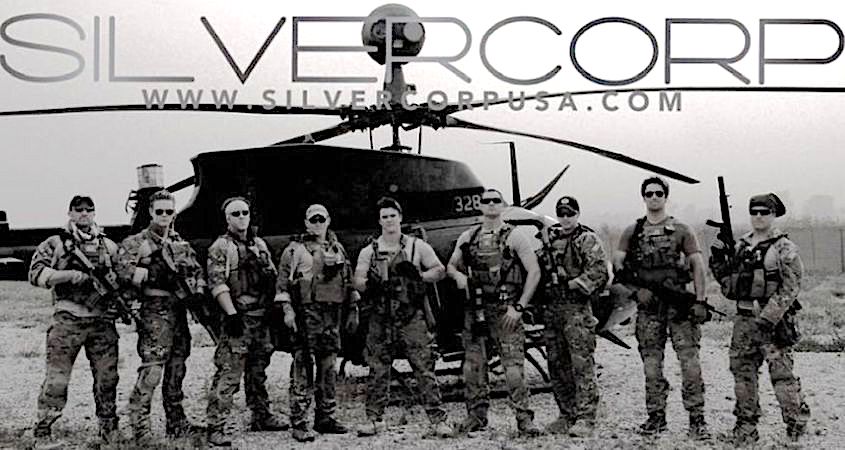 By Alan MacLeod
The Grayzone

Juan Guaidó was expecting to be in Venezuela’s presidential palace by now. But the comically bungled May 3 invasion attempt by U.S. mercenaries and opposition members was the latest indication of the desperate measures he and his cronies have resorted to.

The fighters hired under Guaido’s name were immediately overpowered in the sleepy coastal village of Chuao by disgruntled members of the House of Socialist Fishermen, and some of the highly trained mercenaries appeared to literally wet themselves in terror when apprehended.

Now, a 41-page contract outlining the details and conditions of the coup attempt has been leaked. It sheds new light on what the arrangement between Guaidó and Silvercorp, the U.S. private security firm he hired. The self-declared interim president of Venezuela promised to pay Jordan Goudreau, founder of the Florida-based firm, $212.9 million to capture, detain, or “remove” President Nicolas Maduro and install him in his place.

The contract goes into detail about who the mercenaries were allowed to engage in “kinetic strikes” (i.e., assassinate and kill). It first names a number of paramilitary organizations like the Colombian FARC, and bizarrely, Hezbollah. But also on the list are a number of “illegitimate Venezuelan forces,” that include any armed supporters of Maduro and Constituent Assembly President Diosdado Cabello.

I'm reading the insane contract Silvercorp and @jguaido signed for the #Venezuela coup. ??

The operation was to capture, detain or 'remove' @maduro_en. This sounds awfully like a hit contract. pic.twitter.com/yfVaqO30MX

Maduro and Cabello happen to be the same figures placed at the top of a US Drug Enforcement Administration hit list. The U.S. government offered $15 million and $10 million respectively for their capture, effectively putting a bounty on the heads of the elected president and the top member of his country’s main legislative body.

The contract signed by Guaidó and Silvercorp also enables the killing of anyone they deem to be “armed and violent colectivos.” For a sector of Venezuela’s upper-class opposition, the term “colectivo” is a dehumanizing, oft-used catch-all term applied to any working-class person.

Trade unionists, pro-government protestors, even anyone riding a motorcycle is presumed to be part of an armed and dangerous gang in the lurid fantasies of the light-skinned elitists of Eastern Caracas. Therefore, the contract essentially permits Silvercorp to kill any member of the government’s popular support base with impunity.

This seems pretty big: The contract seems to suggest Silvercorp was going to become a private death squad training up Venezuelan paramilitaries, a la Colombia, after the coup. pic.twitter.com/JIuME9OpBC

Perhaps more worrying, however, is what Silvercorp envisaged its role to be after a successful coup.

The contract stipulates that the mercenary organization would “convert to a National Asset Unit that will act under the direction of the [Guaidó] Administration to counter threats to government stability, terror threats and work closely” with other security forces.

Their missions would include, but not be limited to, surveillance, covert operations, and target programming.

In other words, Silvercorp would transform into a private paramilitary squad answerable only to Guaidó, crushing any opposition to his dictatorship, in much the same way death squads in Colombia and other Latin American countries have operated for decades.

U.S. Secretary of State Mike Pompeo recently announced his plans for “restoring democracy” in the country were “gaining momentum,” and predicted that we would very soon see a change in government.

29 April—@SecPompeo signals that coup efforts in Venezuela are nearly consolidated and asks the @StateDept to prepare to re-open U.S. embassy and fly the ?? in Caracas. pic.twitter.com/PvV5g43v0x

Other regime-change planners like John Bolton, President Donald Trump’s former national security adviser, spent the weekend not-so-cryptically tweeting that a coup was about to happen.

To this day, the significant foreign military presence in Venezuela denies the will of the people. The strongest possible sanctions must remain until the peaceful transition of power & @jguaido, Venezuela's rightful interim President & the Venezuelan people are firmly in control

The DEA bounty on Maduro and Cabello closely aligned with the Guaido-Silvercorp contract, including the obsession with killing or capturing those two individuals specifically, and the incessant rhetoric about drug traffickers. (In reality, drug trafficking is far less present in Venezuela than in U.S.-aligned neighboring states such as Colombia and Ecuador, as official U.S. reports concede.)

In the days ahead of the botched Silvercorp invasion, Trump ordered the Navy to deploy and sail to Venezuela, supposedly to counter the barely existing flow of drugs.

The contract also specifically states that the commander of the operation may use AC-130 and Predator drones. These weapons platforms are deployed almost exclusively by the U.S. military, raising yet more questions. Did they simply copy some existing U.S. documents, or were they expecting reinforcements?

In the wake of the failure, Pompeo issued an extremely half-hearted denial, claiming only that, “there was no U.S. government direct involvement” in the bungled operation. The secretary of state confirmed that he was aware who funded it, promising to “unpack” that information later.

A review of the document suggests a sense that Goudreau saw Guaidó as a sucker to be fleeced. Despite charging nearly a quarter-billion dollars for possibly a day’s work, Silvercorp also inserted a myriad of costly risers and clauses, including a $10 million bonus for a successful mission. The mercenaries added interest on payments, and a 10 percent (therefore, over $20 million) administrative fee on all transactions.

However, it seems the U.S. mercs wound up being the suckers, as Goudreau admitted that Guaidó has not transferred even a penny, not even the retainer fee, to him since October. “They kept promising to pay, week after week,” Goudreau told a Spanish-language TV station.

Guaidó is infamous for being untrustworthy with money, and has been widely accused of embezzling tens of millions of U.S. aid funds. Why go ahead with such a dangerous mission? Perhaps he was blinded by the prospect of a massive payday, collecting bounties from both the DEA and from Guaidó’s team.

While charging hundreds of millions of dollars, Goudreau was also short-changing his own employees, promising to pay the now-detained American mercenaries only between $50,000 and $100,000 to risk their lives for the operation, all while he stayed at his Florida home. It remains unclear who was the biggest chump in the bungled operation: Guaidó, Goudreau, or his naïve accomplices.

In an interview on CNN, the Miami-based right-wing Latin American political consultant J.J. Rendon confirmed the contract was genuine.

For his part, Guaidó is now insisting that the entire project was a government false flag operation. “Nobody believes your lies,” he said to Maduro via Twitter.

However, Guaidó’s political currency continues to decline. A poll this January by an anti-Maduro firm showed his approval rating had slipped around 20 points since April 2019. Days later, Guaidó refused to relinquish his leadership role after his year in office expired, staging an embarrassing and much mocked publicity stunt in which he tried and failed to climb the fence surrounding the National Assembly building.

Guaidó later “resigned” from his own party, choosing to jump before he was pushed. In the midst of his national embarrassment, he left the country to be a guest of honor at Trump’s State of the Union speech in February, where he received a bipartisan standing ovation.

While Guaidó travels the world lobbying for sanctions, and oversees coups and terror operations at home in an attempt to achieve power through decidedly undemocratic means, he has yet to be arrested by Venezuela’s government.

But as his latest embarrassing failure showed, one of the most potent weapons against the opposition might be the buffoonish acts Guaidó routinely commits as a free man.

Alan MacLeod is an academic and journalist. He is a staff writer at Mintpress News and a contributor to Fairness and Accuracy in Reporting (FAIR). He is the author of “Bad News From Venezuela: Twenty Years of Fake News and Misreporting.”