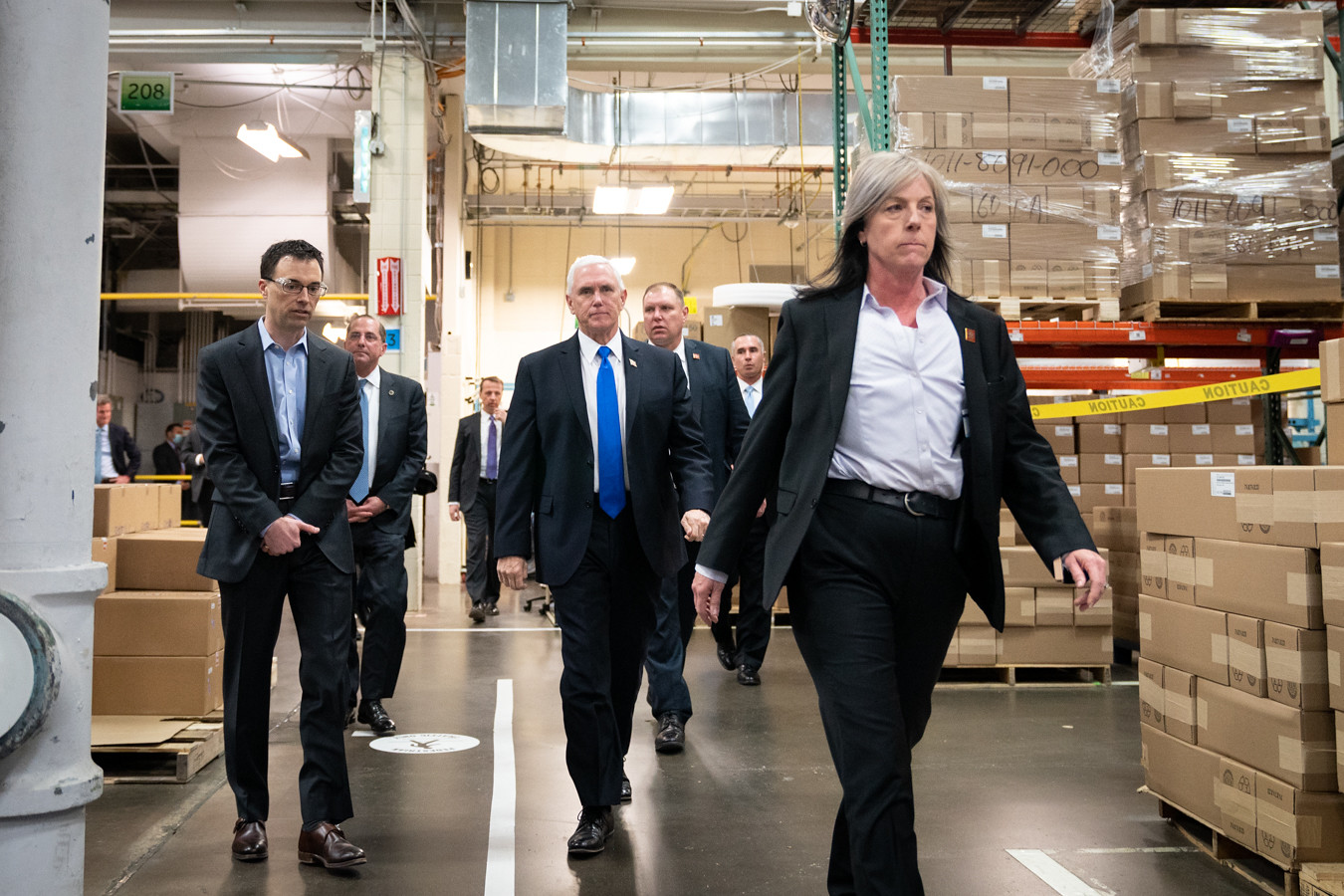 With the stated goal of rooting out “waste and fraud” in the unemployment insurance system, President Donald Trump’s Department of Labor is openly encouraging ongoing state efforts to help employers report workers who refuse to return to their jobs out of fear of contracting the coronavirus.

In guidance (pdf) issued Monday as several states across the U.S. continue the dangerous process of reopening their economies amid the pandemic, the Labor Department said “states are strongly encouraged to request employers to provide information when workers refuse to return to their jobs for reasons that do not support their continued eligibility for benefits.”

“We also strongly encourage states to remind employers and the public about the claimant and employer fraud resources within each state,” the guidance reads.

In a statement accompanying the new guidelines, the Labor Department’s Assistant Secretary for Employment and Training John Pallasch said “states and localities have an obligation to spot and detect waste and fraud in the unemployment insurance system and report it to the U.S. Department of Labor’s Office of Inspector General and other appropriate channels.”

Under current law, those who refuse “suitable work” are ineligible for unemployment benefits. In a frequently asked questions section on its website, the Labor Department says that “general concern” about contracting Covid-19 is not sufficient grounds to refuse work and still receive unemployment benefits.

Michele Evermore of the National Employment Law Project told CNBC that workers could attempt to “argue that the conditions are no longer safe and try to refuse work” if they believe their employers are not taking sufficient steps to ensure a safe workplace. Despite demands from nurses and other frontline workers, the Labor Department has not issued emergency standards requiring employers to follow the CDC’s coronavirus safety guidelines.

Marcia Brown, writing fellow at The American Prospect, reported last week that Ohio and Iowa have set up websites designed to help employers report workers for committing “unemployment fraud” by declining to return to work amid the Covid-19 pandemic.

Labor advocates in Texas — which is currently in the process of reopening its economy — have urged the state to continue providing unemployment benefits to those who do not want to return to their jobs out of fear of contracting the virus. In a private call with lawmakers earlier this month that was leaked to the media, Texas Gov. Greg Abbott admitted that reopening the economy “will lead to an increase and spread” of Covid-19. 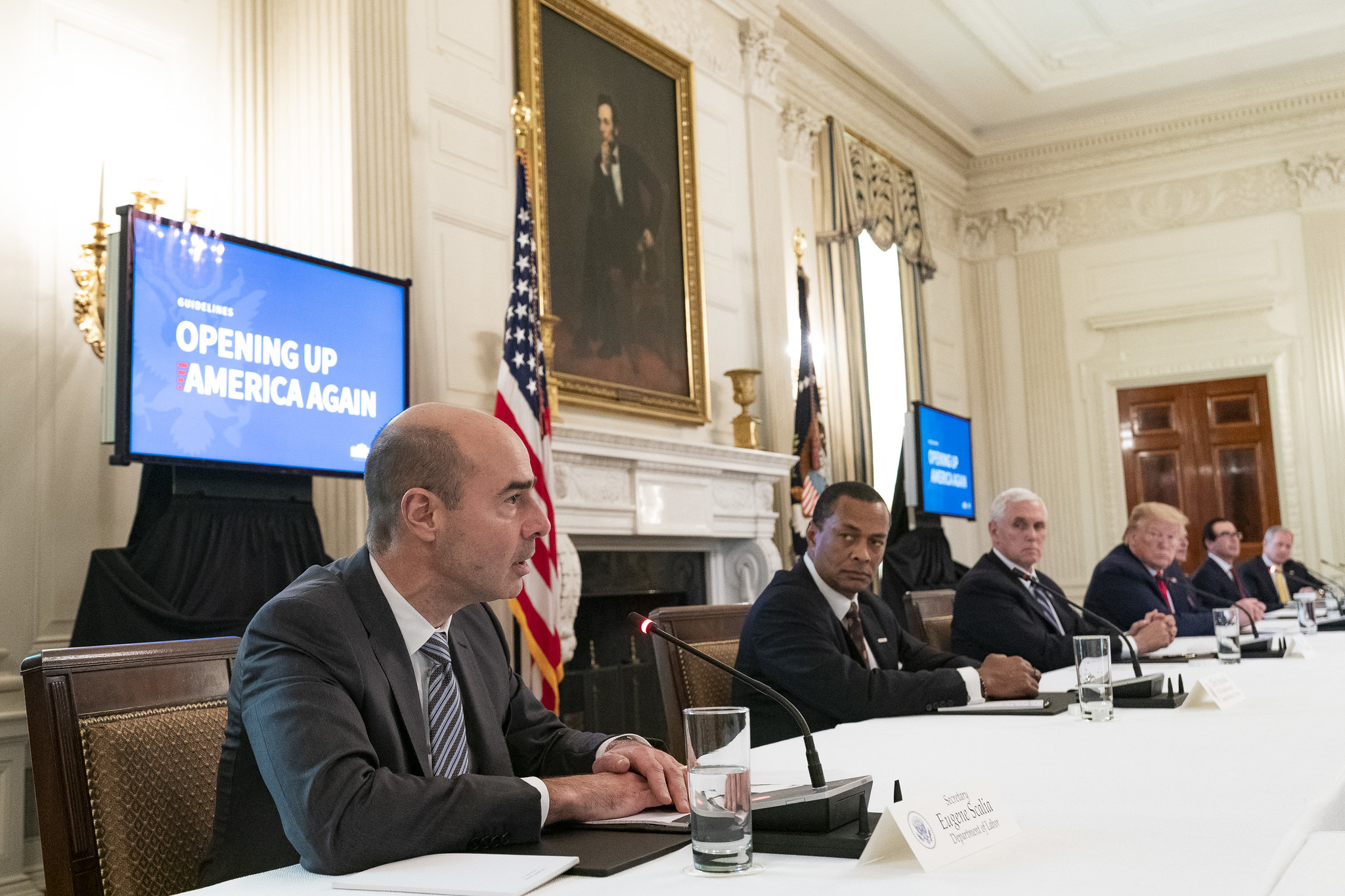 More than 30 million people in the U.S. have applied for unemployment benefits since mid-March, but — as HuffPost reported last week — some governors are working to cut off the expanded unemployment benefits that were authorized under the CARES Act before many people have even received their first checks.

The CARES Act’s expansion of unemployment insurance — an additional $600 per week on top of state benefits — is set to expire at the end of July.

As many workers risk losing their unemployment benefits to stay home out of fear of infection, the Trump administration and Republicans in Congress are working to protect corporations from legal responsibility for employees who contract Covid-19 in the workplace, an effort that has drawn outrage from labor unions and progressive advocacy groups.

Mary Kay Henry, president of the Service Employees International Union, told the Financial Times on Monday that corporations and governments are endangering the lives of workers by pushing them to return to their jobs before it is safe.

“Healthcare workers are concerned that, without PPE and training for the retail and restaurant workers who are going back, we’re rushing into another spike,” Henry said. “It feels like governments and corporations feel that some lives in this nation are worth sacrificing.”