Whether in Iraq, Syria or Lebanon, Iran and its allies are acquiescing to the ascendancy of their enemies, writes As`ad AbuKhalil. 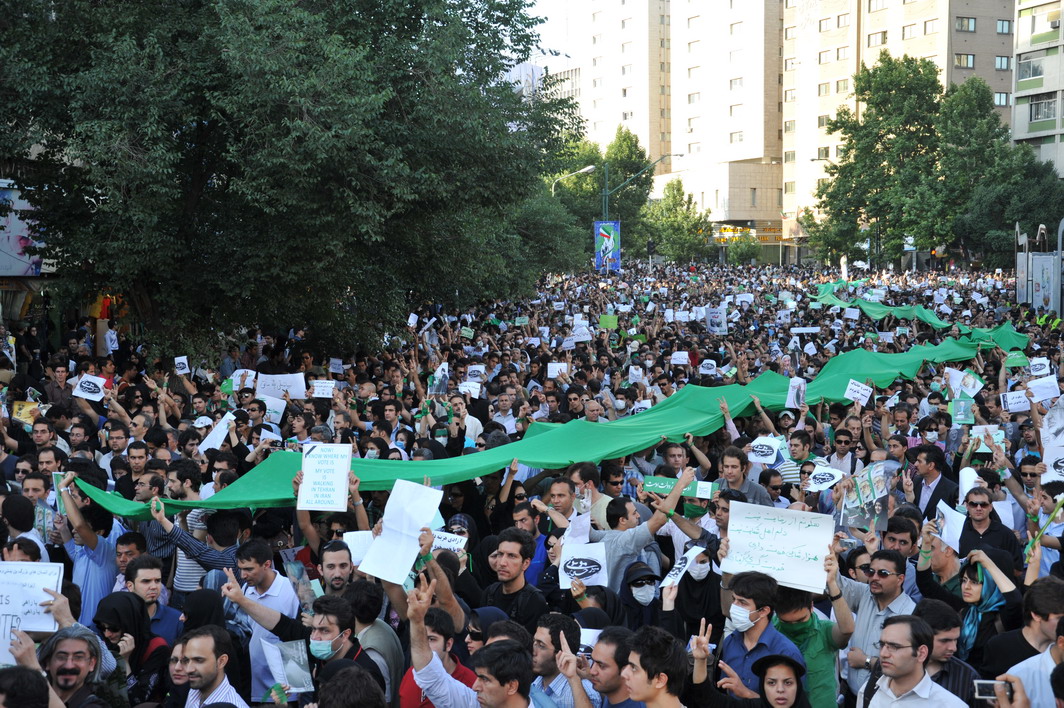 Ever since President Hassan Rouhani took over in 2013, the government in Iran has been in a state of strategic caution or even retreat.  Following the so-called Green Movement (of largely urban youth following the disputed — and most likely fraudulent — 2009 presidential election), the team of Rouhani and Foreign Minister Javad Zarif appealed to young educated Iranians by promising reconciliation with the West and quick economic relief.

Their bet was based on the notion that making concessions to the U.S. on the nuclear program would inevitably bring a swift end to the lethal sanctions imposed by the U.S., and consequently by most of the world. (Any country that violates U.S. sanctions can expect to be hit by them itself, a risk few countries will run. Even Lebanon — which is falsely presumed to be run by Hizbullah — strictly adheres to U.S. sanctions against Iran). But the Rouhani-Zarif team erred on many fronts.

Firstly, they negotiated with a U.S. president in the last two years of his presidency — the “lame duck” phase as Americans term it — when his ability to achieve goals or even sway U.S. Congress was weakened. Barack Obama could not even convince the U.S. Senate to consider his nominee for the Supreme Court. Yet, the Rouhani-Zarif team calculated that Obama would be able to guarantee perpetual American endorsement of the deal, although it was reached mere months before the post-Obama presidential campaign got underway.

Secondly, the Iranian regime did not even try to reach a treaty agreement with the U.S., which would have required Senate ratification (and that would have been impossible given the Republican majority there).  So, the Iranians should have known that they basically reached a tenuous agreement at best, with a shelf-life no longer than Obama’s dwindling term. That the agreement had the endorsement of the UN Security Council did not mean much to Washington, which flagrantly violates international law without paying a price.

Thirdly, the agreement has iron-clad, built-in mechanisms for immediate international sanctions in the event Iran reneged on the agreement or violated its terms.  The Iranian negotiating team did not insist, nor did they obtain, any means of redressing U.S. violations. So, the penalties for violations were placed squarely and one-sidedly on Iran. And even the UN Security Council resolution, which endorsed the agreement, contained no language to penalize member states for violating the agreement or the resolution itself, which — with Security Council endorsement — instantly became part of international law. 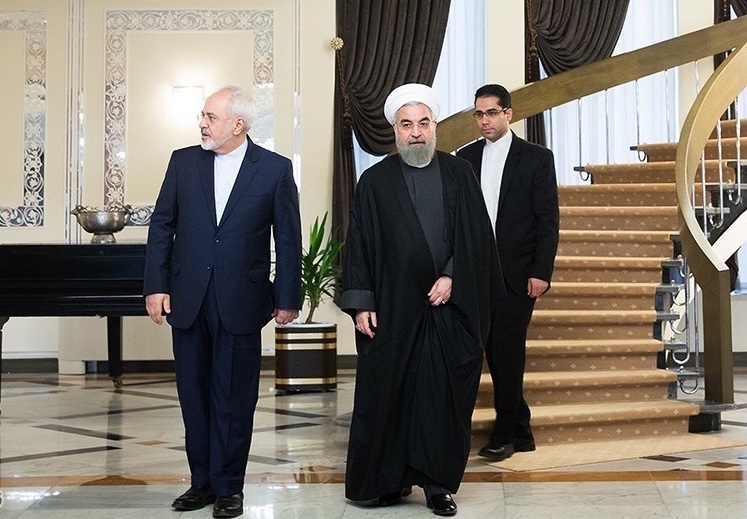 It only took the election of a Republican president to break the agreement. And it’s not even clear that a Democratic successor to Obama would not have proven responsive to the Israeli government’s unending list of demands and objections.  As for the Europeans, as soon as Donald Trump began criticizing the agreement during the 2016 campaign, they joined in, saying the agreement had to be modified to end ballistic missile testing.  That was never part of the agreement (it was proposed by the U.S. side but the Iranians adamantly refused to include it in the negotiations).

And once the agreement was violated by the U.S — or once the U.S. decided to discard its approval of the UN Security Council resolution endorsing the agreement — Iran never gave up trying to revive a corpse.  Trump made it very clear that the agreement was dead, and he proposed new sets of negotiations but the Rouhani-Zarif team continued to bank on the Europeans to salvage the deal. But rarely, since WWII, have European governments  disagreed with the U.S. on its foreign policy principles in the Middle East. French General Charles De Gaulle’s reaction against Israeli attacks on Egypt, Syria, and Jordan in 1967 stands as a notable exception.

Rouhani-Zarif, who pride themselves on being Western experts, proved to be naïve in thinking that they could — based on Iranian goodwill and faithful adherence to the nuclear deal — steer Europe away from U.S. and Israeli foreign policy priorities.  That has been proven to be foolish.  Iran is today in a standstill, or quicksand: not obtaining an alternative from Europe to enable it to trade in the international market, and not willing to discard the nuclear agreement altogether.

The Europeans have failed miserably to provide an alternative system to allow Iran to purchase from the international market.  Europeans are either unwilling or unable to sidestep U.S. financial sanctions, and European companies are not willing to risk U.S. displeasure. But how could the Iranians not insist on the insertion of clauses to ensure that their compliance with the agreement would be rewarded, even in the event of U.S. violations?

Meanwhile, the so-called Iranian hardliners are on the defensive in Iran.  The Supreme Leader has basically stuck with the Rouhani-Zarif formula, probably for lack of political and military alternatives.  U.S. sanctions, in the age of electronic banking, have become far tighter and more effective than they were during the 1990s when the U.S. imposed sanctions on Iraq; as cruel and inhumane as those sanctions were. Under Trump, U.S. sanctions were able to quickly shut down Iranian oil production, and signs of popular displeasure restrict the ability of the regime to engage in costly responses. 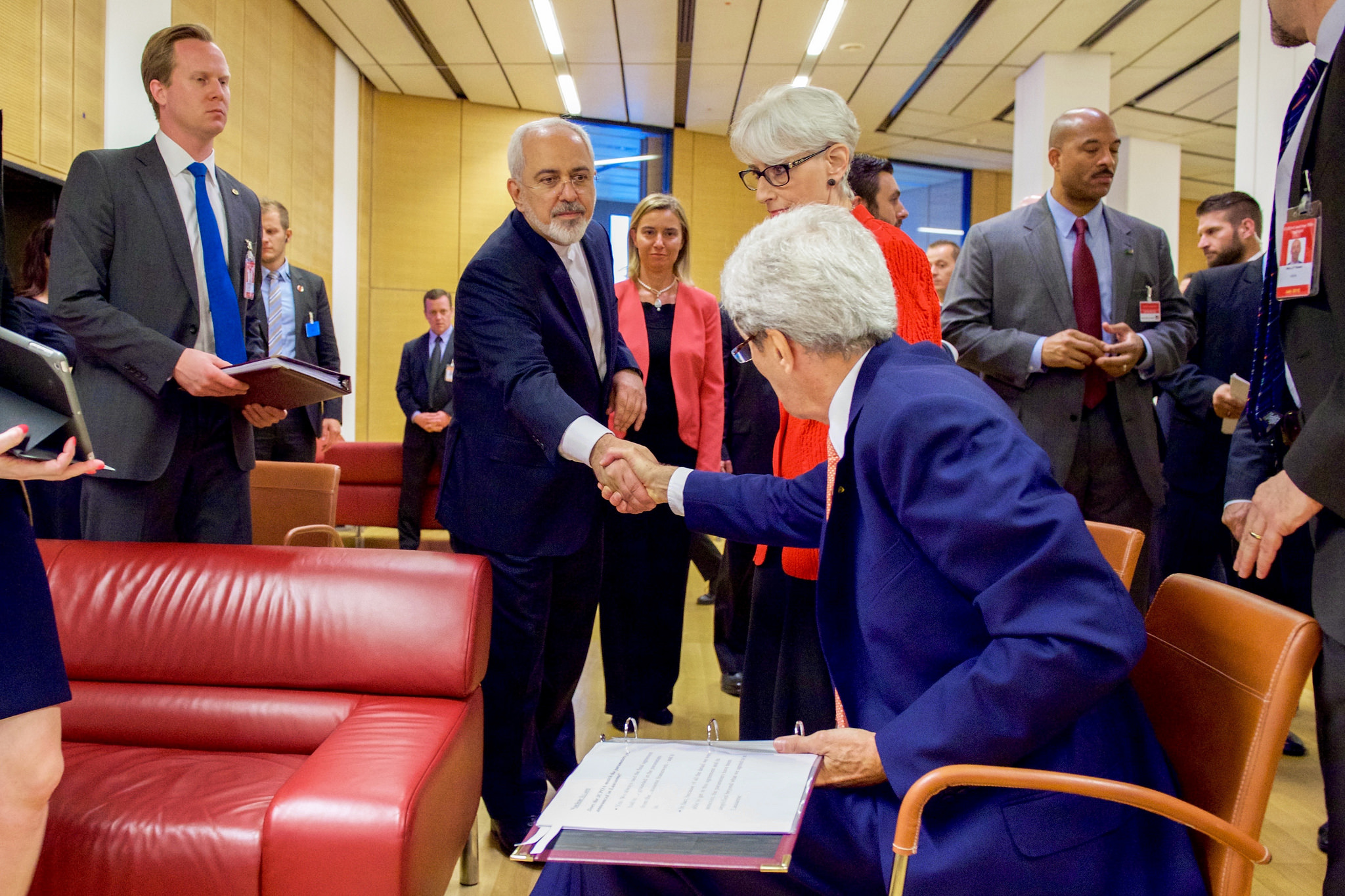 There are examples of Iranian strategic retreat, or retrenchment to be more accurate.  Iran and its allies in the region are clearly sending the signals that they are firmly avoiding a fight with the U.S. and Israel at all cost. But in dealing with the U.S. and Israel, a demonstration of weakness will only invite more militancy and armed attacks.

Significantly, Iran and its allies calculated that a retaliation for the assassination of one of it  top commanders, Qasim Suleimani, (and even that of  Abu Mahdi al-Muhandis, a key leader of Hashd forces in Iraq whose role in fighting ISIS was probably bigger than that of U.S.-trained Iraqi generals) would be too costly.  That lack of retaliation, however, is likely to invite more U.S. and Israeli attacks on Iranian targets.  Suleimani was not only a key figure in the Iranian government but he was probably third in command (after Supreme Leader Ali Khamenei and Hizbullah’s Hassan Nasrallah) in the regional resistance alliance.

Israel and the U.S. can now calculate that they can easily get away with the assassination of figures lower (or even higher) in rank than Suleimani throughout the region.  (Iran retaliated to Suleimani’s assassination by a symbolic attack on an abandoned U.S. military base in Al-Anbar).  What would restrain the U.S. role—but not Israel’s—in escalation is the inclination of Trump — especially in the age of Coronavirus and economic recession — to avoid military adventures overseas.

Whether in Iraq, Syria, or Lebanon, Iran and its allies are demonstrating extreme caution and even acquiescence to the ascendancy of their enemies.  The Iranian government has extended its congratulations to the appointment of a new Iraqi prime minister with a record of serving as a puppet of American occupation.  (Mustafa Kazimi worked with the Iraq Memory Foundation, which was run by the neo-conservative Kanan Makiya. And he even signed a petition expressing gratitude to former U.S. President George W. Bush and former U.K. Prime Minister Tony Blair for invading and occupying Iraq).  Iran is no longer insisting that one of its allies, or a man less close to the American occupation, be appointed a prime minister.

In Syria, Israel continues its successive attacks on Iranian and Hizbullah military targets with no responses or retaliation from either party.  In Lebanon, the new government is proceeding with negotiation with the IMF despite earlier reservations by Hizbullah. On top of that, Hizbullah decided to stay quiet about a brazen U.S. smuggling of a wanted Lebanese-American man (Amer Al-Fakhouri) who had served as a warden for the notorious Israeli torture prison in Khiyam.

And despite growing popular anger at Lebanon’s central bank governor, Riad Salame, who is widely blamed for the country’s financial ruin, neither Hizbullah nor its allies are pushing for his ouster because it is widely acknowledged that Salame is under U.S. government protection. The only exception are the Houthis in Yemen, who refuse to budge in their effective and fierce self-defense against the cruel Saudi assault.

Iranian lack of deterrence is not necessarily a contribution to regional peace. That is especially true now that a new Israeli government (and a disgraced sitting prime minister) may be looking for an opportunity to attack Iran, given the unconditional American support for Israel under Trump.

Iranian reluctance to retaliate against continued Israeli attacks in Syria, will only lead Israel to conclude that there are no penalties to pay for Israeli regional aggression.  Only in Lebanon is Israel deterred, due to Hizbullah’s established record of treating any Israeli attack as a cause for a retaliatory attack on Israel.

But even here, a recent Israeli drone attack on the southern suburbs of Beirut was met with no response from Hizbullah either.  Israel may be looking for a fight and its enemies may not be willing to give it what it may want: all-out regional war.