UN envoy expects a formal agreement soon that will lead to the end of the brutal Saudi assault on Yemen, reports Joe Lauria. 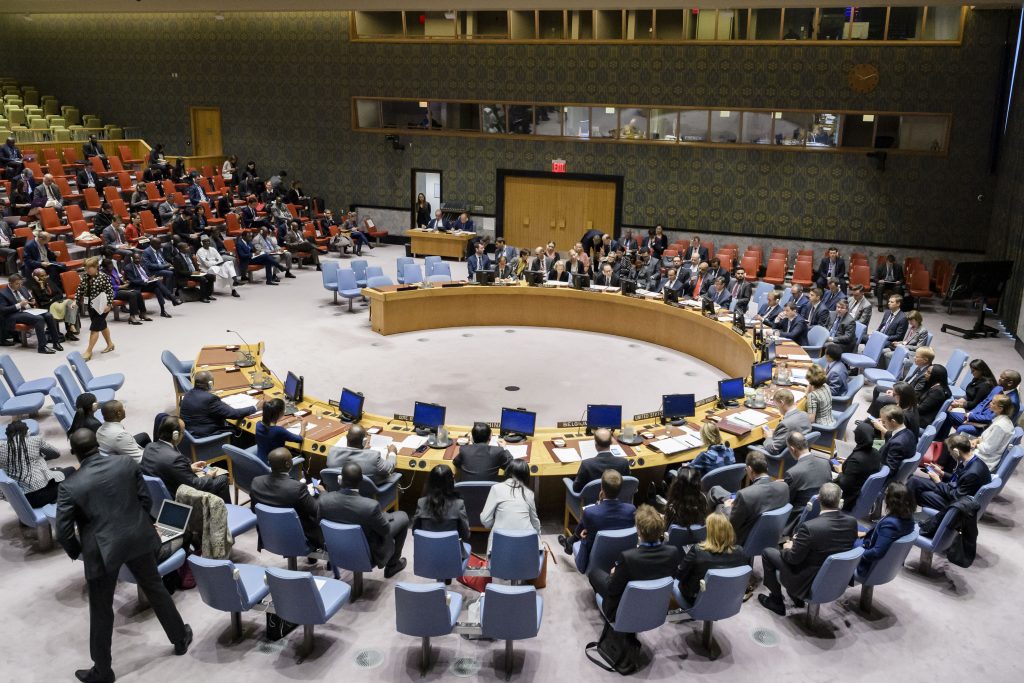 The UN envoy to Yemen has told the UN Security Council that he expects the Saudi-led coalition and the Houthis to agree “in the immediate future” on a package of proposals intended to end the five-year old war in Yemen.

Martin Griffiths told the council on Thursday that he has been in “constant negotiations” with the parties over the past two weeks on his proposals. These include a nation-wide ceasefire agreement, humanitarian and economic measures and an urgent resumption of talks for a political settlement.

Griffiths told the council in a virtual meeting:

“I can report that we are making very good progress. We are moving towards a consensus over the proposals, particularly on the principle of a nation-wide ceasefire. And we are redoubling our efforts to bridge the outstanding differences between the parties, before we convene them at a meeting where, because it will be virtual, agreements will be tabled, confirmed and published.” 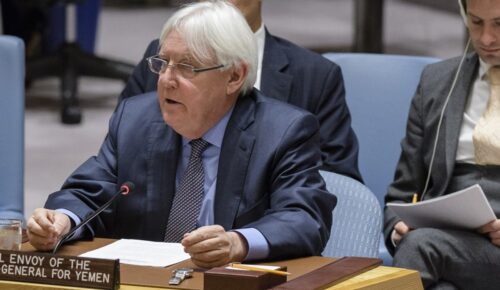 Martin Griffiths, Special Envoy of the Secretary-General for Yemen at the Security Council exactly two years ago on April 17, 2018. (UN Photo)

The latter would mean lifting the Saudi blockade, a move that would demonstrate that Riyadh is serious about its unilateral ceasefire declared on April 8.

The Saudi move was spurred by a fear of the pandemic, which had already sickened 150 members of the Saudi royal family, numbered at around 15,000. The governor of Riyadh was among those stricken.

There were no cases of Covid-19 in Yemen when the Saudis announced its unilateral cease-fire and its intention to end the war. Since then there has been one reported infection in the country, which remains unresolved.

“There cannot be a more timely moment for the two parties to commit to silencing the guns and ending the conflict through a peaceful, political solution,” Griffiths said. “Yemen cannot face two fronts at the same time: a war and a pandemic. The new battle that Yemen faces in confronting the virus will be all-consuming. We can do no less than stop this war and turn all our attention to this new threat.”

Griffiths said he was “grateful to both parties for the way in which they have conducted their negotiations with the United Nations, open, constructive and focused.” He singled out the Houthi leader for his intentions to bring the hostilities to a close. “In my discussions with Mr. Abdel-Malik al-Houthi he has always communicated his desire to end this war,” he said.

The UN envoy said a “diplomatic consensus” to end the war is “playing a crucial and indeed central role in pushing all of us and both parties towards what we hope will be a successful conclusion in the near term.”  Crucially, the United States is backing the cease-fire as well as peace negotiations.

Griffiths said despite the tangible progress, fighting continued. But he did not think it would derail the negotiations, as many skeptics say.

“Lamentably, military activities continue on a number of fronts despite many calls from Yemenis and the international community and this council for it to stop,” he said. “I fear it will continue until we get an agreement on our proposals, including a nationwide ceasefire.”