5th UPDATE: At least 150 members of the Saudi royal family have been infected and as a result Riyadh is seeking to end its five-year disastrous assault on Yemen. 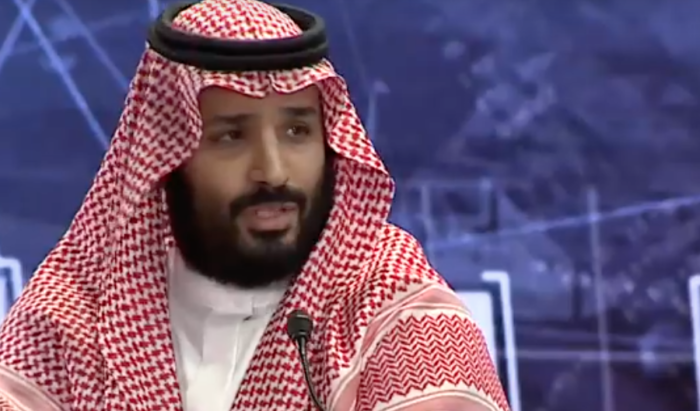 As the coronavirus continues its assault on members of the Saudi royal family, the rulers of  the Kingdom on Wednesday called off its assault on Yemen.

The unilateral ceasefire will begin at noon on Thursday, Saudi time, and is to last at least two weeks. Its stated intention is to prevent an outbreak of the virus in Yemen. Under no existing modeling can a coronavirus outbreak be defeated in two weeks.

Senior members of the royal family, including 84-year old King Salman, and the effective ruler, Muhammad bin Salman, have retreated to an island off the coast of Jeddah in the Red Sea.

Prince Faisal bin Bandar bin Abdulaziz Al Saud, the powerful governor of Riyadh who is a nephew to the king, is stricken with the disease and is in intensive care, The New York Times reported, citing two doctors “with ties” to King Faisal Hospital and two other sources near to the royal family.

In all, 150 members of the ruling family are reported to have been infected. The Saudi government officially said it is seeking the ceasefire because of its fear that the virus could spread in Yemen, where there are still no reported cases. There are 3,287 cases in Saudi Arabia, with 44 deaths and 2,577 cases still unresolved.

The Times reported that Saudi officials want the ceasefire to “jump-start” UN brokered peace talks to end the war. Joining in the ceasefire would be the nations of the Saudi-led coalition as well as the Yemeni government in exile in the Saudi capital, the Times reported. Coalition spokesman Col. Turki al-Malki said that peace talks would be held “under the supervision of the UN envoy to discuss his proposals on the steps and mechanisms to implement a permanent ceasefire in Yemen.” Al-Malki said the ceasefire could be extended to facilitate “a comprehensive political solution in Yemen.”

The coalition further said in a statement:

“On the occasion of holding and succeeding the efforts of the UN envoy to Yemen and to alleviate the suffering of the brotherly Yemeni people and work to confront the corona pandemic and prevent it from spreading, the coalition announces a comprehensive ceasefire for a period of two weeks, starting on Thursday.”

Mohammed Ali al-Houthi, a top Houthi official, tweeted an eight-page plan to end the war before the Saudi announcement.  The Houthis control the Yemeni capital Sanaa.  After the truce was to go into effect on Thursday, a Houthi spokesman claimed Saudi attacks continued. “The Saudis are still employing their air, land and naval forces to tighten the siege on Yemen … this is an announcement only to restore (their positions), to close ranks,” said Mohammed al-Bukhaiti.

The unilateral ceasefire could end a vicious five-year campaign by the richest nation in the Middle East against the poorest. It began on March 26, 2015 just as the UN was close to brokering a deal to end the political standoff, as the then UN envoy to Yemen told me at the time.

Martin Griffiths, the current UN envoy, said in a statement: “The parties must now utilize this opportunity and cease immediately all hostilities with the utmost urgency.”

The BBC reported that the two sides would communicate in a video conference to discuss the ceasefire. “The proposal calls for the halting of all air, ground and naval hostilities,” the British national broadcaster said.

U.S. Secretary of State Mike Pompeo on Thursday urged Houthis to “respond in kind to the coalition’s initiative.” The United States has backed the Saudi war with logistical and material support.

It is in the Saudis’ interests to stop a coronavirus outbreak in Yemen. Riyadh is spending $200 million a day on the war, with oil having fallen to below $30 a barrel. They have allied jihadis, and almost certainly intelligence agents operating inside Yemen, and Yemenis can find their way across the frontier.  On Wednesday, Yemen sealed its last remaining border crossing with Saudi Arabia to prevent a spread of the virus.

An end to the conflict would come as UN Secretary General Antonio Guterres has called for a global ceasefire, in which he said some 70 nations have already signed on. Saudi Arabia would appear on Wednesday to have joined that list.