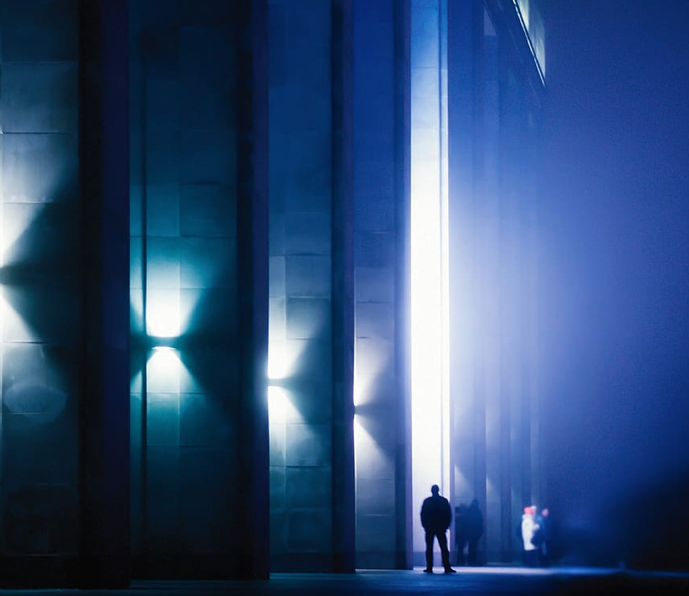 You don’t need to read Michel Foucault’s work on biopolitics to understand that neoliberalism – in deep crisis since at least 2008 – is a control/governing technique in which surveillance capitalism is deeply embedded.

But now, with the world-system collapsing at breathtaking speed, neoliberalism is at a loss to deal with the next stage of dystopia, ever present in our hyper-connected angst: global mass unemployment.

Henry Kissinger, anointed oracle/gatekeeper of the ruling class, is predictably scared. He claims that, “sustaining the public trust is crucial to social solidarity.” He’s convinced the Hegemon should “safeguard the principles of the liberal world order.” Otherwise, “failure could set the world on fire.”

That’s so quaint. Public trust is dead across the spectrum. The liberal world “order” is now social Darwinist chaos. Just wait for the fire to rage.

The numbers are staggering. The Japan-based Asian Development Bank (ADB), in its annual economic report, may not have been exactly original. But it did note that the impact of the “worst pandemic in a century” will be as high as $4.1 trillion, or 4.8 percent of global GDP.

This an underestimation, as “supply disruptions, interrupted remittances, possible social and financial crises, and long-term effects on health care and education are excluded from the analysis.”

We cannot even start to imagine the cataclysmic social consequences of the crash. Entire sub-sectors of the global economy may not be recomposed at all.

The global aviation industry is a humongous $2.7 trillion business. That’s 3.6 percent of global GDP. It employs 2.7 million people. When you add air transport and tourism —everything from hotels and restaurants to theme parks and museums — it accounts for a minimum of 65.5 million jobs around the world.

According to the ILO, income losses for workers may range from $860 billion to an astonishing $3.4 trillion. “Working poverty” will be the new normal – especially across the Global South.

“Working poor,” in ILO terminology, means employed people living in households with a per capita income below the poverty line of $2 a day. As many as an additional 35 million people worldwide will become working poor in 2020.

Switching to feasible perspectives for global trade, it’s enlightening to examine that this report about how the economy may rebound is centered on the notorious hyperactive merchants and traders of Yiwu in eastern China – the world’s busiest small-commodity, business hub.

Their experience spells out a long and difficult recovery. As the rest of the world is in a coma, Lu Ting, chief China economist at Nomura in Hong Kong stresses that China faces a 30 percent decline in external demand at least until next Fall. 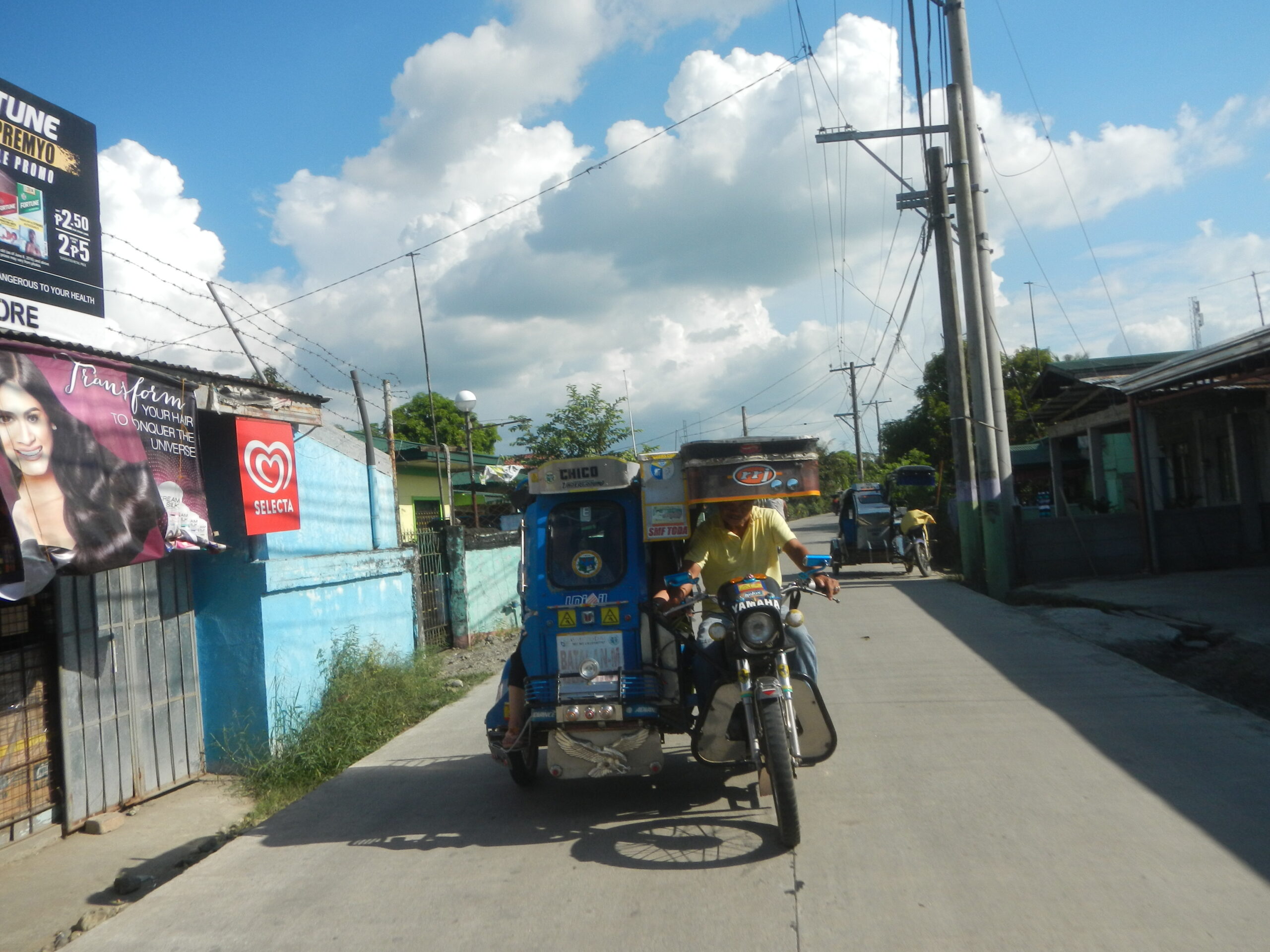 In the next stage, the strategic competition between the U.S. and China will be no-holds-barred, as emerging narratives of China’s new, multifaceted global role – on trade, technology, cyberspace, climate change – will set in, even more far-reaching than the New Silk Roads. That will also be the case in global public health policies. Get ready for an accelerated Hybrid War between the “Chinese virus” narrative and the Health Silk Road.

The latest report by the China Institute of International Studies would be quite helpful for the West — hubris permitting — to understand how Beijing adopted key measures putting the health and safety of the general population first.

Now, as the Chinese economy slowly picks up, hordes of fund managers from across Asia are tracking everything from trips on the metro to noodle consumption to preview what kind of economy may emerge post-lockdown.

In contrast, across the West, the prevailing doom and gloom elicited a priceless editorial from The Financial Times. Like James Brown in the 1980s Blues Brothers pop epic, the City of London seems to have seen the light, or at least giving the impression it really means it. Neoliberalism in reverse. New social contract. “Secure” labor markets. Redistribution.

Cynics won’t be fooled. The cryogenic state of the global economy spells out a vicious Great Depression 2.0 and an unemployment tsunami. The plebs eventually reaching for the pitchforks and the AR-15s en masse is now a distinct possibility. Might as well start throwing a few breadcrumbs to the beggars’ banquet.

That may apply to European latitudes. But the American story is in a class by itself. 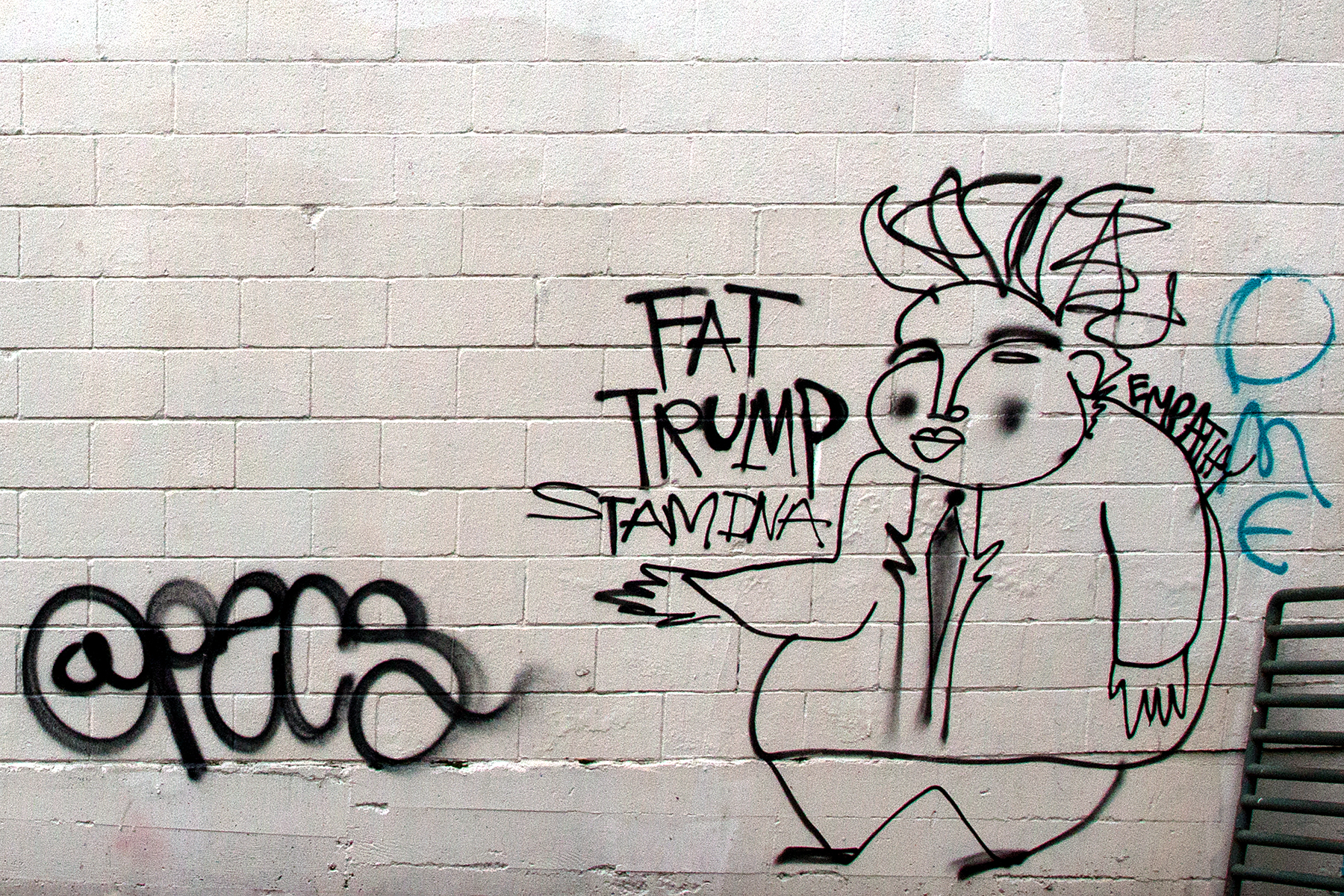 For decades, we were led to believe that the world-system put in place after WWII provided the U.S. with unrivalled structural power. Now, all that’s left is structural fragility, grotesque inequalities, unpayable Himalayas of debt, and a rolling crisis.

No one is fooled anymore by the Fed’s magic quantitative easing powers, or the acronym salad – TALF, ESF, SPV – built into the Fed/U.S. Treasury exclusive obsession with big banks, corporations and the Goddess of the Market, to the detriment of the average American.

It was only a few months ago that a serious discussion evolved around the $2.5 quadrillion derivatives market imploding and collapsing the global economy, based on the price of oil skyrocketing, in case the Strait of Hormuz – for whatever reason – was shut down.

Now it’s about Great Depression 2.0: the whole system crashing as a result of the shutdown of the global economy. The questions are absolutely legitimate: is the political and social cataclysm of the global economic crisis arguably a larger catastrophe than Covid-19 itself?  And will it provide an opportunity to end neoliberalism and usher in a more equitable system, or something even worse?

Wall Street, of course, lives in an alternative universe. In a nutshell, Wall Street turned the Fed into a hedge fund. The Fed is going to own at least two thirds of all U.S. Treasury bills in the market before the end of 2020.

The U.S. Treasury will be buying every security and loan in sight while the Fed will be the banker – financing the whole scheme.

So essentially this is a Fed/Treasury merger. A behemoth dispensing loads of helicopter money.

And the winner is BlackRock—the biggest money manager on the planet, with tentacles everywhere, managing the assets of over 170 pension funds, banks, foundations, insurance companies, in fact a great deal of the money in private equity and hedge funds. BlackRock — promising to be fully  “transparent” — will buy these securities and manage those dodgy SPVs on behalf of the Treasury.

BlackRock, founded in 1988 by Larry Fink, may not be as big as Vanguard, but it’s the top investor in Goldman Sachs, along with Vanguard and State Street, and with $6.5 trillion in assets, bigger than Goldman Sachs, JP Morgan and Deutsche Bank combined.

Now, BlackRock is the new operating system (OS) of the Fed and the Treasury. The world’s biggest shadow bank – and no, it’s not Chinese.

Compared to this high-stakes game, mini-scandals such as the one around Georgia Senator Kelly Loffler are peanuts. Loffler allegedly profited from inside information on Covid-19 by the CDC to make a stock market killing. Loffler is married to Jeffrey Sprecher – who happens to be the chairman of the NYSE, installed by Goldman Sachs.

The price? A meager $1,200 check per person for a month. Anyone knows that, based on median salary income, a typical American family would need $12,000 to survive for two months. Treasury Secretary Steven Mnuchin, in an act of supreme effrontry, allows them a mere 10 percent of that. So American taxpayers will be left with a tsunami of debt while selected Wall Street players grab the whole loot, part of an unparalleled transfer of wealth upwards, complete with bankruptcies en masse of small and medium businesses.

Fink’s letter to his shareholders almost gives the game away: “I believe we are on the edge of a fundamental reshaping of finance.”

And right on cue, he forecasted that, “in the near future – and sooner than most anticipate – there will be a significant reallocation of capital.”

He was referring, then, to climate change. Now that refers to Covid-19.

Implant Our Nanochip, Or Else? 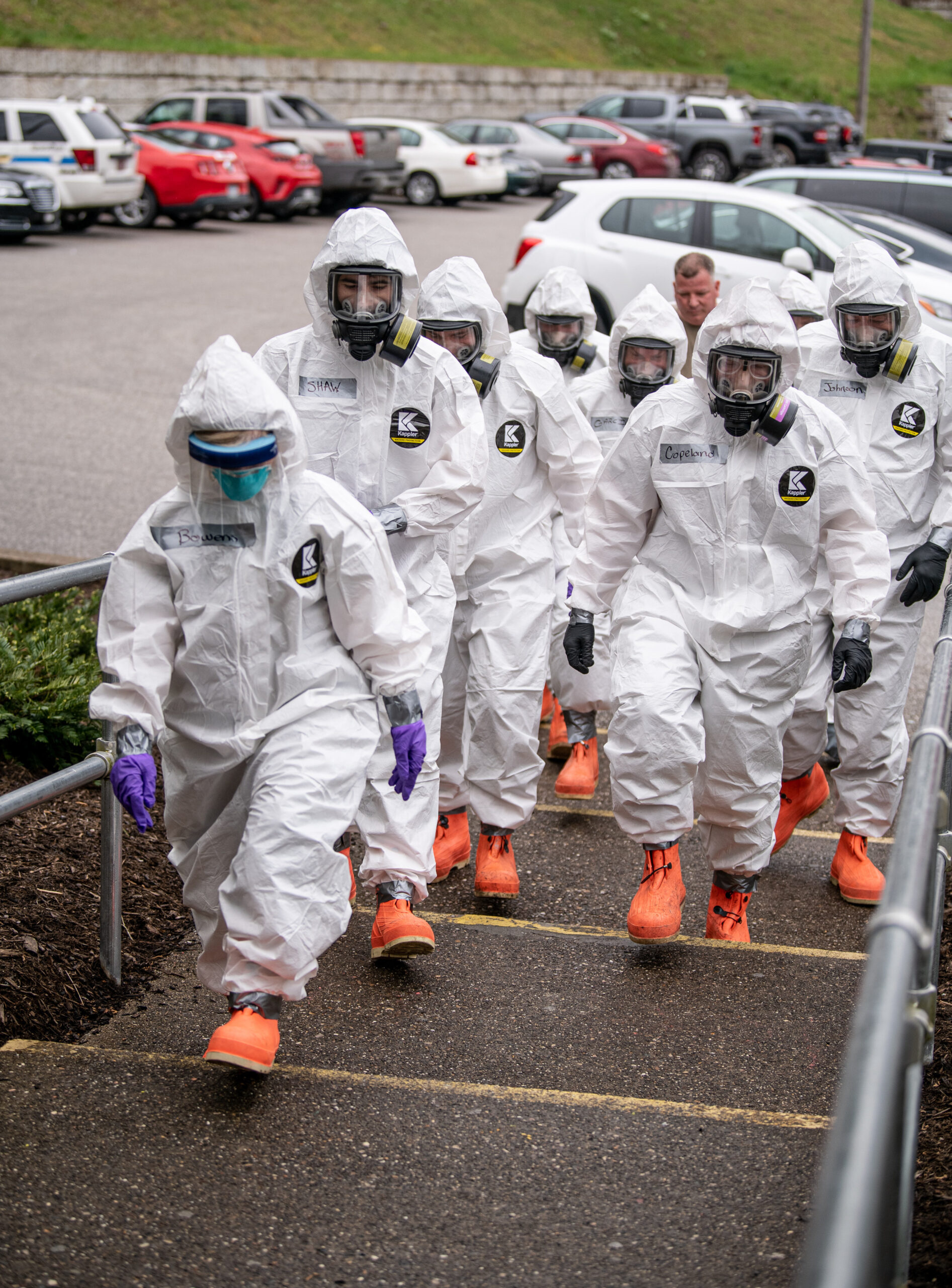 The game ahead for the elites, taking advantage of the crisis, might well contain these four elements: a social credit system, mandatory vaccination, a digital currency and a Universal Basic Income (UBI). This is what used to be called, according to the decades-old, time-tested CIA playbook, a “conspiracy theory.” Well, it might actually happen.

A social credit system is something that China set up already in 2014. Before the end of 2020, every Chinese citizen will be assigned his/her own credit score – a de facto “dynamic profile”, elaborated with extensive use of AI and the internet of things (IoT), including ubiquitous facial recognition technology. This implies, of course, 24/7 surveillance, complete with Blade Runner-style roving robotic birds.

The U.S., the U.K., France, Germany, Canada, Russia and India may not be far behind. Germany, for instance, is tweaking its universal credit rating system, SCHUFA. France has an ID app very similar to the Chinese model, verified by facial recognition.

Mandatory vaccination is Bill Gates’s dream, working in conjunction with the WHO, the World Economic Forum (WEF) and Big Pharma. He wants “billions of doses” to be enforced over the Global South. And it could be a cover to everyone getting a digital implant.

Here it is, in his own words. At 34:15: “Eventually what we’ll have to have is certificates of who’s a recovered person, who’s a vaccinated person…Because you don’t want people moving around the world where you’ll have some countries that won’t have it under control, sadly. You don’t want to completely block off the ability for people to go there and come back and move around.”

Then comes the last sentence which was erased from the official TED video. This was noted by Rosemary Frei, who has a master on molecular biology and is an independent investigative journalist in Canada. Gates says: “So eventually there will be this digital immunity proof that will help facilitate the global reopening up.”

This “digital immunity proof” is crucial to keep in mind, something that could be misused by the state for nefarious purposes.

The three top candidates to produce a coronavirus vaccine are American biotech firm Moderna, as well as Germans CureVac and BioNTech.

Digital cash might then become an offspring of blockchain. Not only the U.S., but China and Russia are also interested in a national crypto-currency. A global currency – of course controlled by central bankers – may soon be adopted in the form of a basket of currencies, and would circulate virtually. Endless permutations of the toxic cocktail of IoT, blockchain technology and the social credit system could loom ahead.

Already Spain has announced that it is introducing UBI, and wants it to be permanent. It’s a form insurance for the elite against social uprisings, especially if millions of jobs never come back.

Yet underneath it all, amid so much anxiety, a pent-up rage seems to be gathering strength, to eventually explode in unforeseeable ways. As much as the system may be changing at breakneck speed, there’s no guarantee even the 0.1 percent will be safe.

37 comments for “PEPE ESCOBAR: Who Profits from the Pandemic?”