Land in Colombia has been militarized to secure the profits of the  elite, writes Vijay Prashad.

A quarter century ago, Victoria Sandino Palmera joined the Revolutionary Armed Forces of Colombia – People’s Army (FARC-EP). She had previously been a militant in the Communist Party and – when FARC-EP was above ground in the 1990s – joined the Patriotic Pole. But the repression of what she calls the “traditional oligarchy” sent her back to the jungle over and over again. Victoria Sandino made it clear that she was not keen on this war. “We didn’t take up weapons because we felt the need to use violence,” she told me in 2015. “We took up weapons because we tried to resolve the land question through democratic means, which was violently responded to by the state. Violence was imposed on us.”

The Historical Memory Group of the National Centre for Historical Memory, based in Bogotá, Colombia, calculates that between Jan. 1, 1958, and Dec. 31, 2012, at least 220,000 people were killed in the civil war. The landmark report by the National Centre for Historical Memory notes that the root cause of this war has been the “appropriation, use and possession of land.” This assessment stings: “The sectors whose economic and political power have been based on land have fraudulently opposed agrarian reforms as well as any effort to democratise land ownership or to return what had been stolen. Both in the past and present, they have used legal artifices as well as violent methods, which have included assassinating the leaders and persecuting the members of organisations of small farmers.” This is in agreement with Victoria Sandino’s statement that violence was imposed on us. 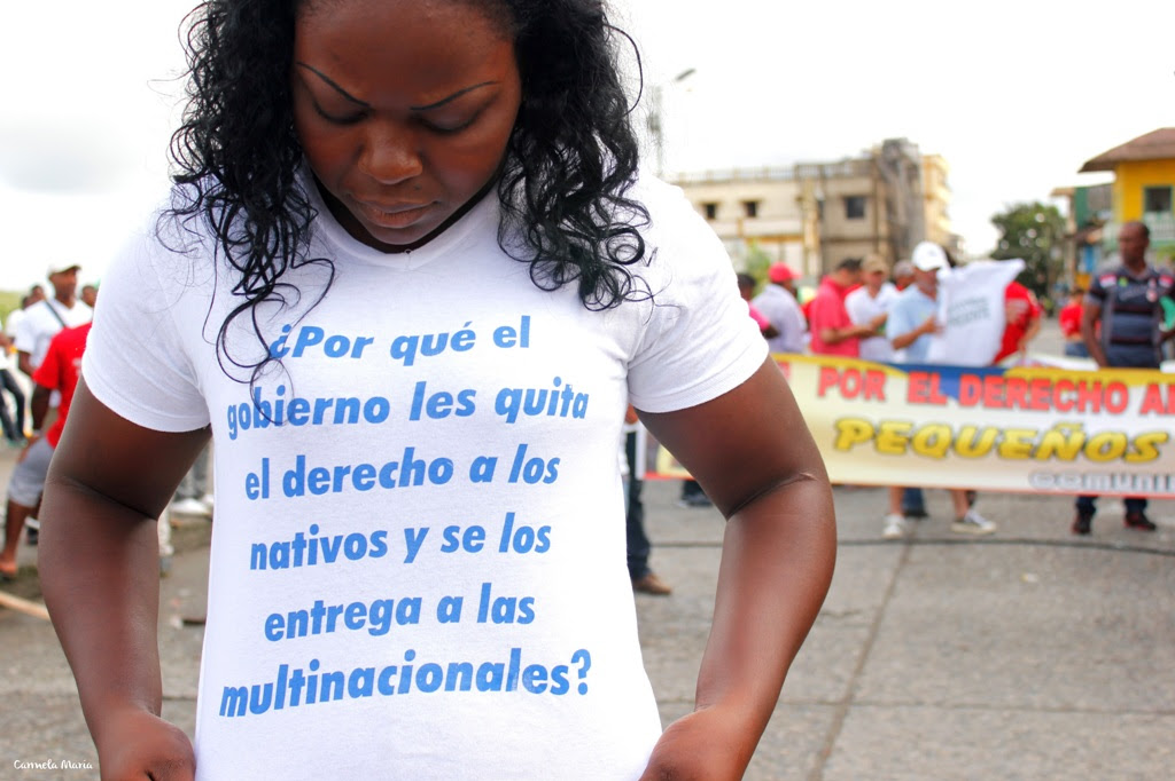 “Why does the government take away rights from native people and give them to multinational corporations?” Mobilization in the Department of Cauca, 2013. (Marcha Patriótica’s communication team)

Our Dossier no. 23 (December 2019) is called “Peace, Neoliberalism, and Political Shifts in Colombia.” It is prepared by the Group of Colombian Critical Thought at the Institute for Latin American Studies at the Faculty of Social Sciences at the University of Buenos Aires.

In 2016, the belligerents to the civil war signed the Peace Accords in Havana, which promised to open up a new period for the country. Victoria Sandino was on the FARC-EP team that negotiated the accords. When I asked her what she would do when peace comes, she said that she yearns to reunite with her own family, and that she wants to find the daughter of her comrade-in-arms Laura, who died in combat. “I want to tell her,” Sandino said to me, “that her mother was an exceptional woman. I want to transfer all the love I felt for Laura onto her daughter.”

But the oligarchy – led by former President Álvaro Uribe – fought against the Accord and succeeded in defeating it in a referendum. Why does the far right, led by Uribe, hold such animus against a peace process, and why is it – therefore – committed to war?

“Peace, Neoliberalism, and Political Shifts in Colombia” shows that the oligarchy – and its imperialist allies – are committed to a structure of accumulation that not only prefers war to peace, but which exacerbates the roots of the conflict. This structure includes the monopoly by a small section over the economy, including agriculture and mining.

Land has been militarized to secure the profits of the Colombian elite. That is the core reason for the war, and for the oligarchy’s opposition to peace. Rather than a peace process, the Colombian oligarchy would prefer the Sri Lankan solution – namely the 2008-09 brutal armed attack by the Sri Lankan government against not only the Tamil Tigers (LTTE) but also the largely Tamil population in the enclave of Jaffna. At the end of the assault, the Sri Lankan government held over 300,000 civilians in concentration camps (in 2014, the UN instituted a tribunal to investigate war crimes in Sri Lanka, but itsgovernment has refused to cooperate with any UN investigation; the report produced by the UN is shocking). This is what Uribe and his supporters would prefer – not a peace process, but a war to the end. 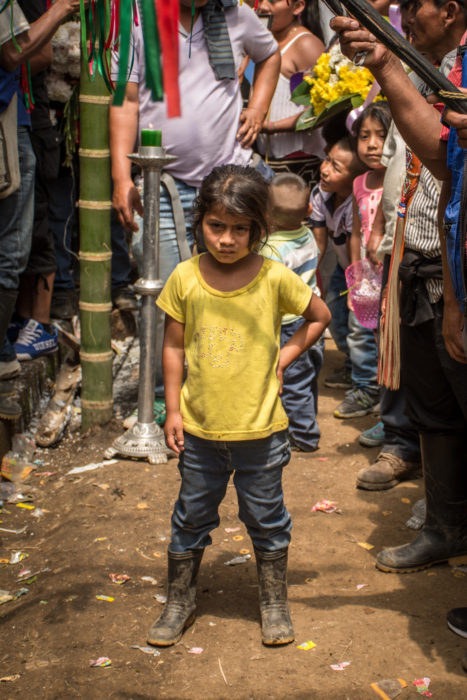 War is the logical outcome of a system premised on structured inequality. If the vast majority of the world’s people are not permitted to make lives of dignity, then they will rebel against their conditions. Even the most modest protests (a march) for what appear to be reasonable demands (land reform) are met by what Franz Fanon called the “old granite block” and by asymmetrical violence. It is far more expensive to manage a state of repression than to create a state of equality, but for the oligarchy – the old granite block – money spent on war is far more efficacious than money spent on peace. In his monumental notes – “Grundrisse”(1857) – Karl Marx wrote, “The impact of war is self-evident, since economically it is exactly the same as if the nation were to drop a part of its capital into the ocean.” From the standpoint of society, war and repression are illogical; from the standpoint of the capitalists, war prevents social revolution and war-making produces opportunities for profit. A synonym for capitalism is the “permanent war economy,” whose goal is not to create security but to freeze class relations in perpetuity. This is the basic argument of our new dossier.

A few days ago, the Stockholm Peace Research Institute (SIPRI) released a report on weapons sales. Weapon and military service sales by the largest 100 firms totaled $420 billion in 2018, an increase of 4.6 percent compared to 2017. The database built by SIPRI begins its numbers from 2002. Arms and military services sales have increased by 47 percent between 2002 and 2018. For the first time since 2002, the top five sellers of weapons are from the United States of America: Lockheed Martin, Boeing, Northrop Grumman, Raytheon, and General Dynamics. These five companies by themselves sold $148 billion worth of weapons and services, 35 percetn of the total sales by the top 100 firms. All the U.S. firms together sold 59 percent of the total global sales, equivalent to $246 billion. The United States is the largest supplier of weapons to Colombia. 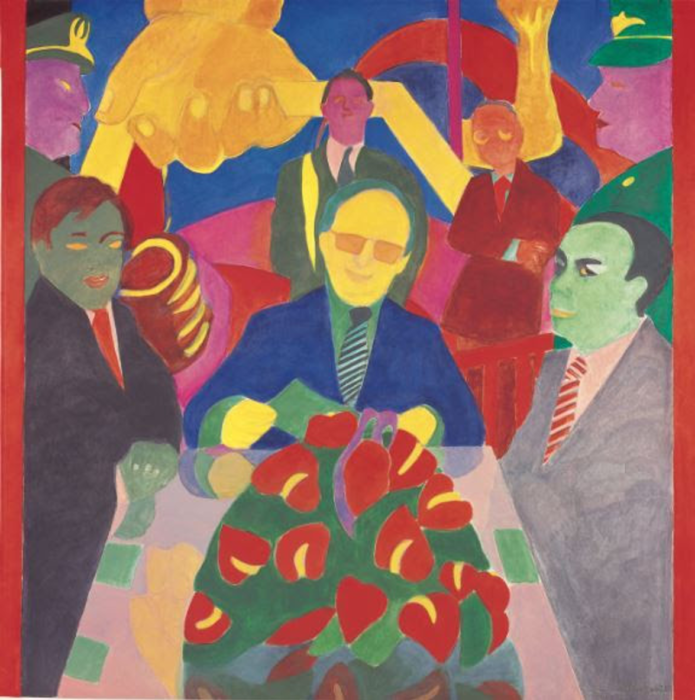 The U.S. and Colombian governments have deepened their links since Plan Colombia (2001). U.S. Southern Command brings the Colombian military into the command structure of the U.S. military. Colombian troops routinely travel to U.S. military bases for meetings and trainings, and Colombian defense officials often visit Southern Command to deepen cooperation (this year, Major General Luis Navarro Jiménez of the Colombian Army was a guest of Southern Command’s chief U.S. Navy Admiral Craig Faller in Doral, Florida). The pretexts for this cooperation are always something other than the reality – drug wars and Venezuelan refugees – while beneath the surface, the real reason is to maintain the status quo in Colombia.

There is one way in which Colombia’s oligarchy is correct: social unrest is less prevalent in a militarized society. According to the Centro de Investigación y Educación Popular, social unrest has increased in Colombia since the peace process began in 2012. No wonder, therefore, that the streets of Colombia have been overrun by major strikes since Nov. 21 of this year. Classical neoliberal policies from President Iván Duque – including cuts in benefits for retirees and workers – provoked unrest from unions, student organizations, and – eventually – the majority of society. Duque, and his mentor Uribe, called for a militarized solution to the protests – with police out on the streets (including killing a student, Dilan Cruz), and conducting raids of media and art outlets.

At a concert on the streets, Bomba Estéreo joined 250 artists to sing alongside the protests; they sang una patria dormida que ya despertó….nuestra historia puede ser distinta, puede ser mejor. (A sleeping homeland that has already awakened …. our story could be different, it could be better.) 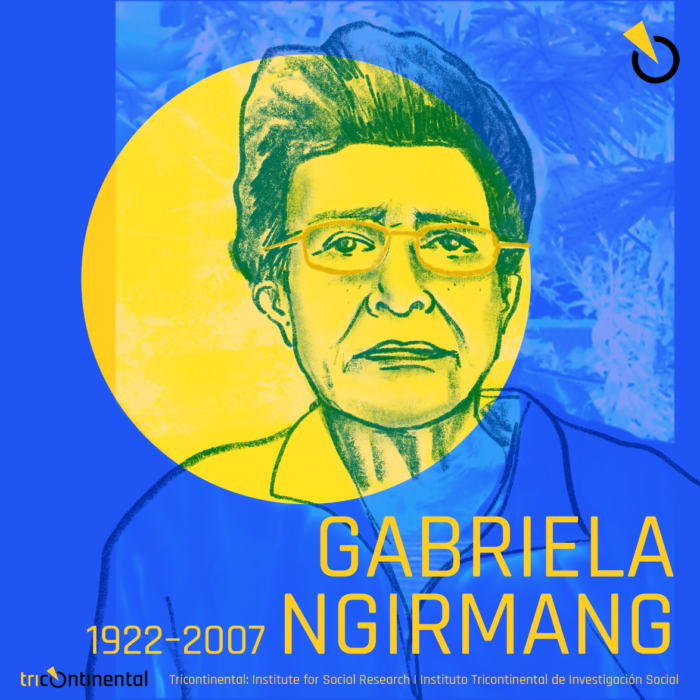 Gabriela Ngirmang of the small island state of Palau knew what it means to face the granite block; when she and her comrades pushed for an anti-nuclear constitution, they experienced the strong opposition of many, including the United States government. When the Constitution came up for a vote in 1979, 92 percent of Palau voted in favor. The U.S. wanted a considerable part of this Pacific island for its nuclear program, including to store weapons. Pressure from Washington forced the people of Palau to vote on a plebiscite 15 times between 1979 and 1994 (when Palau was under U.S. trusteeship) to maintain the integrity of their constitution. Palau’s first president – Haruo Remeliik – was assassinated in 1985 and Ngirmang’s house was firebombed. The anti-nuclear side lost. Today, the U.S. controls Palau’s military and diplomatic affairs. U.S. soldiers returned to Palau in April 2019 for the first time in 37 years.

← ‘Trump Was Handed a Corpse, and He Buried It’
Hot Mic Moment Exposes British Media Orchestration →

8 comments for “If You Want Peace You Get War; If You Want War You Get Rich”