Like so many other glib “Russia experts” with access to Establishment media, Fiona Hill, who testified Thursday in the impeachment probe, seems three decades out of date. 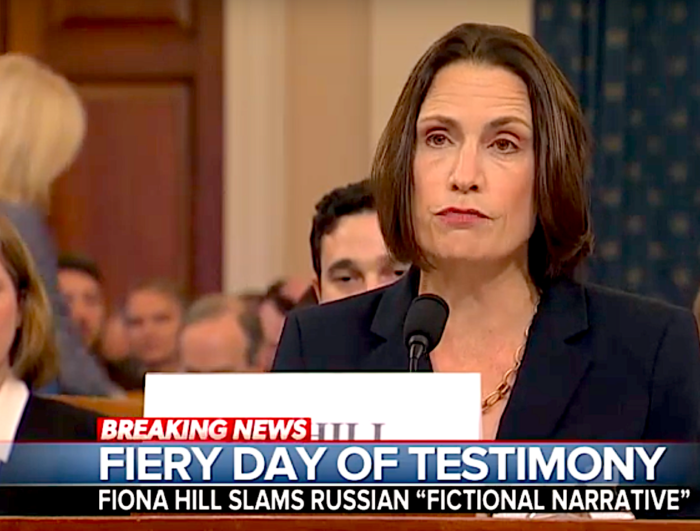 Fiona Hill’s “Russian-expert” testimony Thursday and her deposition on Oct. 14 to the impeachment inquiry showed that her antennae are acutely tuned to what Russian intelligence services may be up to but, sadly, also displayed a striking naiveté about the machinations of U.S. intelligence.

Hill’s education on Russia came at the knee of the late Professor Richard Pipes, her Harvard mentor and archdeacon of Russophobia. I do not dispute her sincerity in attributing all manner of evil to what President Ronald Reagan called the “Evil Empire.”  But, like so many other glib “Russia experts” with access to Establishment media, she seems three decades out of date.

I have been studying the U.S.S.R. and Russia for twice as long as Hill, was chief of CIA’s Soviet Foreign Policy Branch during the 1970s, and watched the “Evil Empire” fall apart.  She seems to have missed the falling apart part.

Are the Russian intelligence services still very active? Of course. But there is no evidence — other than Hill’s bias — for her extraordinary claim that they were behind the infamous “Steele Dossier,” for example, or that they were the prime mover of Ukraine-gate in an attempt to shift the blame for Russian “meddling” in the 2016 U.S. election onto Ukraine. In recent weeks U.S. intelligence officials were spreading this same tale, lapped up  and faithfully reported Friday by The New York Times.

Hill has been conditioned to believe Russian President Vladimir Putin and especially his security services are capable of anything, and thus sees a Russian under every rock — as we used to say of smart know-nothings like former CIA Director William Casey and the malleable “Soviet experts” who bubbled up to the top during his reign (1981 – 1987).  Recall that at the very first meeting of Reagan’s cabinet, Casey openly told the president and other cabinet officials: “We’ll know our disinformation program is complete when everything the American public believes is false.”  Were Casey still alive, he would be very pleased and proud of Hill’s performance.

“The unfortunate truth is that Russia was the foreign power that systematically attacked our democratic institutions in 2016. This is the public conclusion of our intelligence agencies, confirmed in bipartisan Congressional reports. It is beyond dispute, even if some of the underlying details must remain classified.” [Emphasis added.]

A modicum of intellectual curiosity and rudimentary due diligence would have prompted her to look into who was in charge of preparing the (misnomered) “Intelligence Community Assessment” published on Jan. 6, 2017, which provided the lusted-after fodder for the “mainstream” media and others wanting to blame Hillary Clinton’s defeat on the Russians.

Jim, Do a Job on the Russians 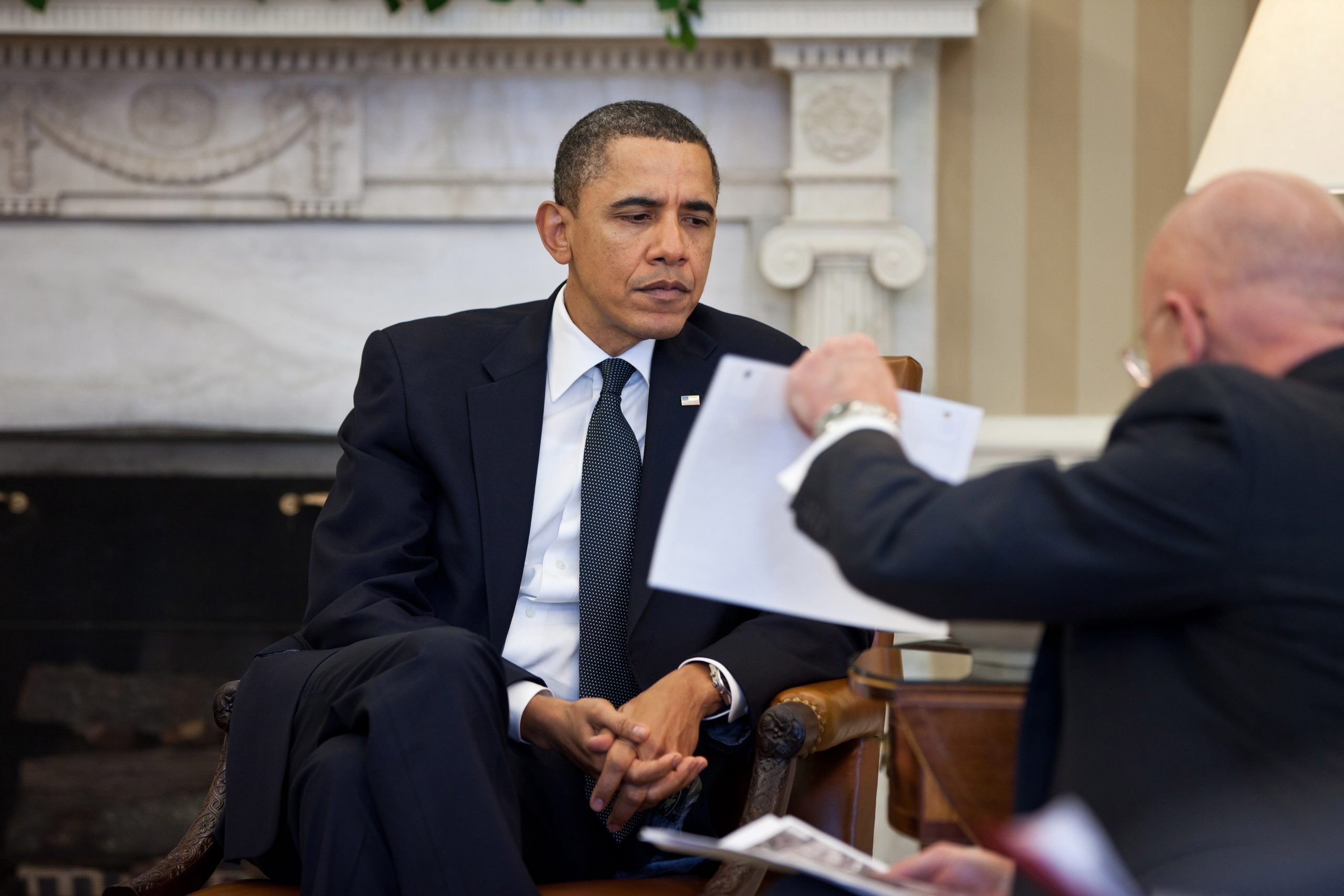 President Barack Obama gave the task to his National Intelligence Director James Clapper, whom he had allowed to stay in that job for three and a half years after he had to apologize to Congress for what he later admitted was a “clearly erroneous” response, under oath, to a question from Sen. Ron Wyden (D-OR) on NSA surveillance of U.S. citizens. And when Clapper published his memoir last year, Hill would have learned that, as Defense Secretary Donald Rumsfeld’s handpicked appointee to run satellite imagery analysis, Clapper places the blame for the consequential “failure” to find the (non-existent) WMD “where it belongs — squarely on the shoulders of the administration members who were pushing a narrative of a rogue WMD program in Iraq and on the intelligence officers, including me, who were so eager to help that we found what wasn’t really there.” [Emphasis added.]

But for Hill, Clapper was a kindred soul: Just eight weeks after she joined the National Security Council staff, Clapper, during an NBC interview on May 28, 2017, recalled “the historical practices of the Russians, who typically, are almost genetically driven to co-opt, penetrate, gain favor, whatever, which is a typical Russian technique.” Later he added, “It’s in their DNA.” Clapper has claimed that “what the Russians did had a profound impact on the outcome of the election.”

As for the “Intelligence Community Assessment,” the banner headline atop The New York Times on Jan. 7, 2017 set the tone for the next couple of years: “Putin Led Scheme to Aid Trump, Report Says.” During my career as a CIA analyst, as deputy national intelligence officer chairing National Intelligence Estimates (NIEs), and working on the Intelligence Production Review Board, I had not seen so shabby a piece of faux analysis as the ICA. The writers themselves seemed to be holding their noses.  They saw fit to embed in the ICA itself this derriere-covering note: “High confidence in a judgment does not imply that the assessment is a fact or a certainty; such judgments might be wrong.”

With the help of the Establishment media, Clapper and CIA Director John Brennan,  were able to pretend that the ICA had been approved by “all 17 intelligence agencies” (as first claimed by Clinton, with Rep. Jim Himes, D-CT, repeating that canard Thursday, alas “without objection).”  Himes, too should do his homework.  The bogus “all 17 intelligence agencies” claim lasted only a few months before Clapper decided to fess up. With striking naiveté, Clapper asserted that ICA preparers were “handpicked analysts” from only the FBI, CIA and NSA. The criteria Clapper et al. used are not hard to divine. In government as in industry, when you can handpick the analysts, you can handpick the conclusions.

Maybe a Problem After All

“According to several current and former intelligence officers who must remain anonymous because of the sensitivity of the issue,” as the Times says when it prints made-up stuff, there were only two “handpicked analysts.”  Clapper picked Brennan; and Brennan picked Clapper.  That would help explain the grossly subpar quality of the ICA.

If U.S. Attorney John Durham is allowed to do his job probing the origins of Russiagate, and succeeds in getting access to the “handpicked analysts” — whether there were just two, or more — Hill’s faith in “our intelligence agencies,” may well be dented if not altogether shattered.

Ray McGovern works for Tell the Word, a publishing arm of the ecumenical Church of the Saviour in inner-city Washington. After earning an M.A. in Russian Studies and serving as an Army Infantry/Intelligence officer, he worked as a CIA analyst, then branch chief, of Soviet foreign policy; then as a Deputy National Intelligence Officer, and finally as a morning briefer of the President’s Daily Brief.

64 comments for “RAY McGOVERN: The Pitfalls of a Pit Bull Russophobe”