The political theatrics that begin Wednesday raise several questions. For starters, will Joe Biden be investigated for mounting evidence of corruption? And why is the  corporate media turning the CIA “whistleblower” into a phantom in plain sight?

Now that “Russiagate” has failed and “Ukrainegate” neatly takes its place, many questions arise. Will the Democratic Party, this time in open collusion with the intelligence apparatus, succeed in its second attempt to depose President Donald Trump in what might fairly be called a bloodless coup? Whatever the outcome of the thus-far-farcical impeachment probe, which is to be conducted publicly as of Wednesday, did the president use his office to pressure Ukraine in behalf of his own personal and political interests? Did Trump, in his fateful telephone conversation last July 25 with Volodymyr Zelensky, Ukraine’s president, put U.S. national security at risk, as is alleged?

All good questions. Here is another: Will Joe Biden, at present the leading contender for the Democratic presidential nomination, get away with what is almost certain to prove his gross corruption and gross abuse of office when he carried the Ukraine portfolio while serving as vice president under Barack Obama?

Corollary line of inquiry: Will the corporate media, The New York Times in the lead, get away with self-censoring what is now irrefutable evidence of the impeachment probe’s various frauds and corruptions? Ditto in the Biden case: Can the Times and the media that faithfully follow its lead continue to disregard accumulating circumstantial evidence of Biden’s guilt as he appears to have acted in the interest of his son Hunter while the latter sat on the board of one of Ukraine’s largest privately held natural gas producers? 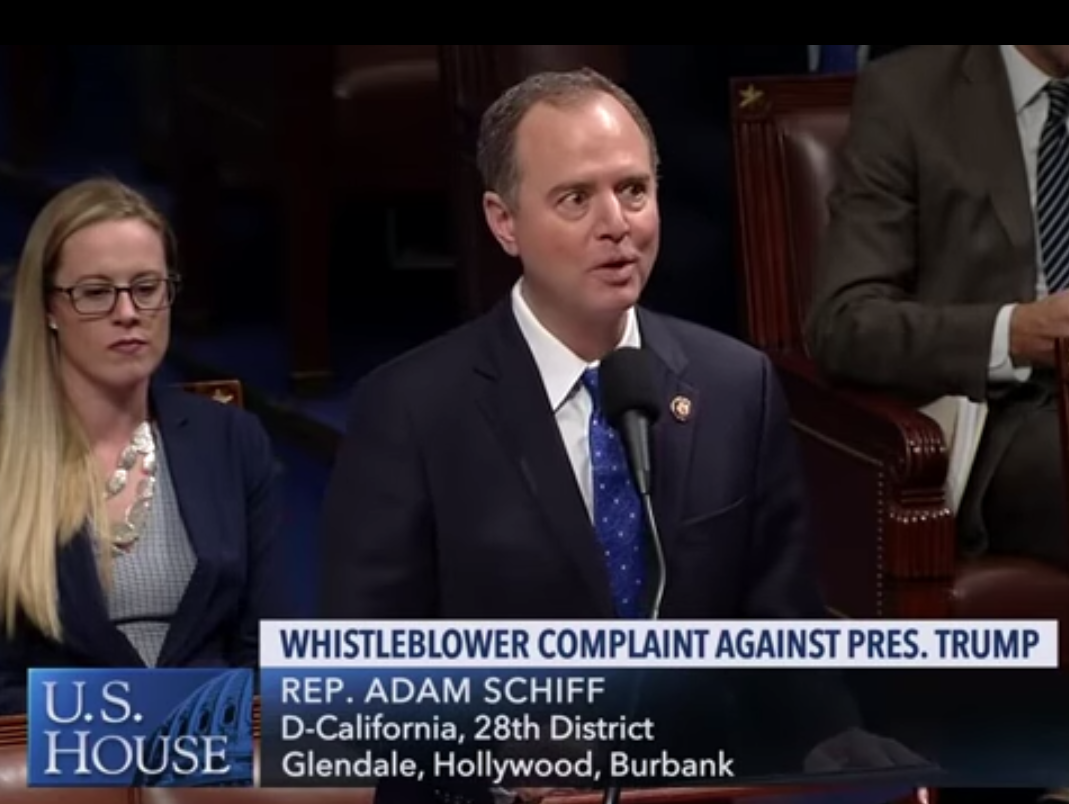 Still from C-SPAN video of House of Representatives debate on Sept. 25, 2019. (Wikimedia Commons)

It is not difficult to imagine that Trump presented Zelensky with his famous quid pro quo when they spoke last summer: Open an investigation into Biden père et fils and I will release $391 million in military aid and invite you to the White House. Trump seems to be no stranger to abuses of power of this sort. But the impeachment probe has swiftly run up against the same problem that sank the good ship Russiagate: It has produced no evidence. Innuendo and inference, yes. Various syllogisms, yes. But no evidence.

There is none in the transcript of the telephone exchange. Zelensky has flatly stated that there was no quid pro quo. The witnesses so far called to testify have had little to offer other than their personal opinions, even if Capitol Hill Democrats pretend these testimonies are prima facie damning. And the witnesses are to one or another degree of questionable motives: To a one, they appear to be Russophobes who favor military aid to Ukraine; to a one they are turf-conscious careerists who think they set U.S. foreign policy and resent the president for intruding upon them. It is increasingly evident that Trump’s true offense is proposing to renovate a foreign policy framework that has been more or less untouched for 75 years (and is in dire need of renovation).

Ten days ago Real Clear Investigations suggested that the “whistleblower” whose “complaint” last August set the impeachment probe in motion was in all likelihood a CIA agent named Eric Ciaramella. And who is Eric Ciaramella? It turns out he is a young but seasoned Democratic Party apparatchik conducting his spookery on American soil.

Ciaramella has previously worked with Joe Biden during the latter’s days as veep; with Susan Rice, Obama’s recklessly hawkish national security adviser; with John Brennan, a key architect of the Russiagate edifice; as well as with Alexandra Chalupa, a Ukrainian-born Democratic National Committee official charged during the 2016 campaign season with digging up dirt on none other than candidate Donald Trump.

For good measure, Paul Sperry’s perspicacious reporting in Real Clear Investigations reveals that Ciaramella conferred with the staff of Rep. Adam Schiff, the House Democrat leading the impeachment process, a month prior to filing his “complaint” to the CIA’s inspector general.

This information comes after Schiff stated on the record that the staff of the House Intelligence Committee, which he heads, had no contact with the whistleblower. Schiff has since acknowledged the Ciaramella connection.

No wonder no one in Washington will name this phantom in plain sight. The impeachment probe starts to take on a certain reek. It starts to look as if contempt for Trump takes precedence over democratic process — a dangerous priority. Sperry quotes Fred Fleitz, a former National Security Council official, thus: “Everyone knows who he is. CNN knows. The Washington Post knows. The New York Times knows. Congress knows. The White house knows…. They’re hiding him because of his political bias.”

Here we come to another question. If everyone knows the whistleblower’s identity, why have the corporate media declined to name him? There can be but one answer to this question: If Ciaramella’s identity were publicized and his professional record exposed, the Ukrainegate narrative would instantly collapse into a second-rate vaudeville act — farce by any other name, although “hoax” might do, even if Trump has made the term his own.

There is another half to this burlesque. While Schiff and his House colleagues chicken-scratch for something, anything that may justify a formal impeachment, a clear, documented record emerges of Joe Biden’s official interventions in Ukraine in behalf of Burisma Holdings, the gas company that named Hunter Biden to its board in March 2014 — a month, it is worth noting, after the U.S.–cultivated coup in Kiev.

There is no thought of scrutinizing Biden’s activities by way of an official inquiry. In its way, this, too, reflects upon the pantomime of the impeachment probe. Are there sufficient grounds to open an investigation? Emphatically there are. Two reports published last week make this plain by any reasonable measure. 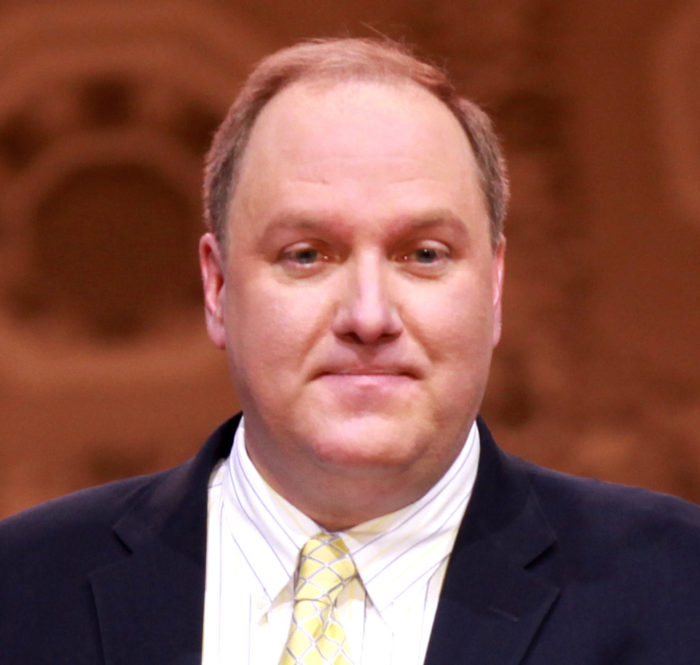 John Solomon, a singularly competent follower of Russiagate and Ukrainegate, published a report last Monday exposing Hunter Biden’s extensive contacts with the Obama State Department in the early months of 2016. Two developments were pending at the time. They lie at the heart of what we may well call “Burismagate.”

One, the Obama administration had committed to providing Ukraine with $1 billion in loan guarantees. In a December 2015 address to the Rada, Ukraine’s legislature, V–P Biden withheld an apparently planned announcement of the credit facility.

Two, coincident with Hunter Biden’s numerous conferences at the State Department, Ukraine’s prosecutor general, Viktor Shokin, was swiftly advancing a corruption investigation into Burisma’s oligarchic owner, Mykola Zlochevsky, who was by early 2016 living in exile. Just prior to Biden’s spate of visits to Foggy Bottom, Shokin had confiscated several of Zlochevsky’s properties—a clear sign that he was closing in. Joe Biden wanted Shokin fired. He is, of course, famously on the record  boasting of his threat [starts at 52.00 in video below]to withhold the loan guarantee as a means to getting this done. Shokin was in short order dismissed, and the loan guarantee went through.

Solomon documents his report with memos he obtained via the Freedom of Information Act earlier this year. These add significantly to the picture. “Hunter Biden and his Ukrainian gas firm colleagues had multiple contacts with the Obama State Department during the 2016 election cycle,” he writes, “including one just a month before Vice President Joe Biden forced Ukraine to fire the prosecutor investigating his son’s company for corruption.”

Last Tuesday, a day after Solomon published his report, Moon of Alabama, the much-followed web publication, posted a granularly researched and well-sourced  timeline of the events surrounding Shokin’s dismissal at Vice President Biden’s request. This is the most complete chronology of the Burismagate story yet available.

In an ethical judicial system, it or something like it would now sit on a prosecutor’s desk. There is no suggestion in the Moon of Alabama’s timeline that Shokin had shelved his investigation into Burisma by the time Biden exerted pressure to get him sacked, as Biden’s defenders assert. Just the opposite appears to be the true case: The timeline indicates Shokin was about to pounce. Indeed Shokin said so under oath in an Austrian court case, testifying that he was fired because of Biden’s pressure not to conduct the probe.

It is important to note that there is no conclusive evidence that Joe Biden misused his office in behalf of his son’s business interests simply because there has been no investigation. Given what is beginning to emerge, however, the need for one can no longer be in doubt. Can Democrats and the media obscure indefinitely what now amounts to very strong circumstantial evidence against Biden?

We live in a time when the corporate media make as much effort to hide information as they do to report it. But as in the case of Ciaramella’s identity, it is unlikely these myriad omissions can be sustained indefinitely — especially if Biden wins the Democratic nomination next year. Forecast: If only because of Burismagate, Joe Biden will never be president.

As everyone in Washington seems to understand, it is highly unlikely Trump will be ousted via an impeachment trial: The Republican-controlled Senate can be counted on to keep him in office. Whatever Trump got up to with Zelensky, there is little chance it will prove sufficient to drive him from office. As to the charge that Trump’s dealings with the Ukrainian president threatened national security, let us allow this old chestnut to speak for itself.

This leaves us to reckon the price our troubled republic will pay for months of irresponsible theatrics that are more or less preordained to lead nowhere.

More questions. What damage will the Democrats have done when Ukrainegate draws to a close (assuming it does at some point)? What harm has come to U.S. political institutions, governing bodies, judiciary and media? The corporate press has been profligately careless of its already questionable credibility during the years of Russiagate and now Ukrainegate. Can anyone argue there is no lasting price to pay for this?

More urgently, what do the past three years of incessant efforts to unseat a president tell us about the power of unelected constituencies? The CIA is now openly operating on American soil in clear breach of its charter and U.S. law. There is absolutely no way this can be questioned. We must now contemplate the frightening similarities Russiagate and Ukrainegate share with the agency’s classic coup operations abroad: Commandeering the media, stirring discontent with the leadership, pumping up the opposition, waving false flags, incessant disinformation campaigns: Maybe it was fated that what America has been doing abroad the whole of the postwar era would eventually come home.

What, at last, must we conclude about the ability of any president (of any stripe) to effect authentic change when our administrative state — “deep,” if you like — opposes it?

Consortium News does not necessarily agree with all positions taken by its columnists.