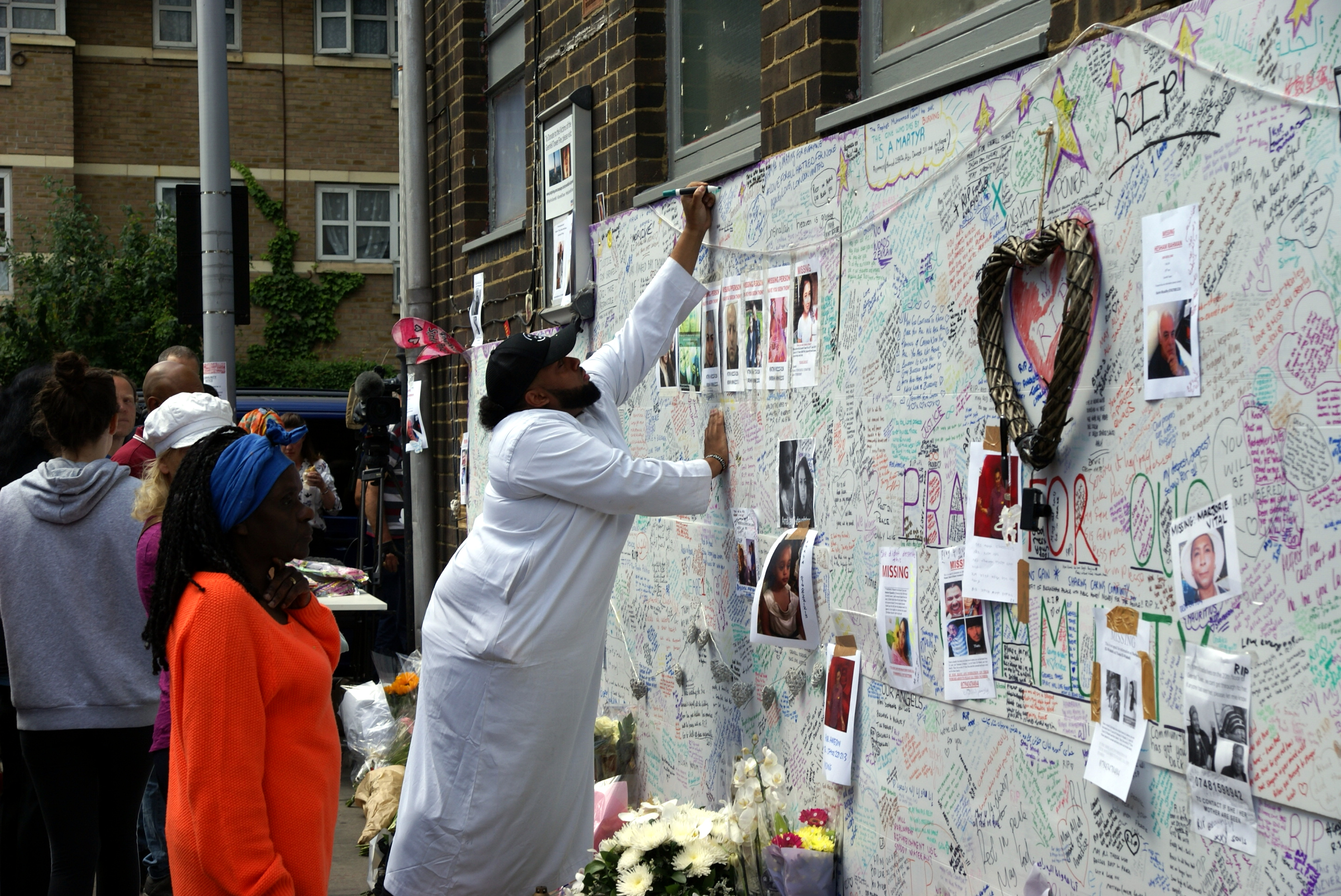 Wall of tribute to the victims of the Grenfell Tower fire in nearby Granfell Road. (ChiralJon, CC BY 2.0, Wikimedia Commons)

One simple fact cannot be hidden. The firefighters did not cause the fire. Phase 1 of Judge Sir Martin Moore-Bick’s report has been released. According to The Guardian’s story, it concentrates blame on the firefighters in charge of tackling the blaze. This is an entirely predictable Establishment ploy; blame the little people.

I do not doubt mistakes were made by the firefighters; there will always be well-intentioned errors by those trying to cope with such a terrible crisis. Moore-Bick may be correct in his identification of them. Adherence to the established “stay in your flat” doctrine was disastrously wrong in these circumstances. But the firefighters were not the reason the fire started and spread so quickly. The primary reason was inadequate regulation of the burgeoning fashion for cladding old buildings, and inadequate enforcement of such regulation as was in place. 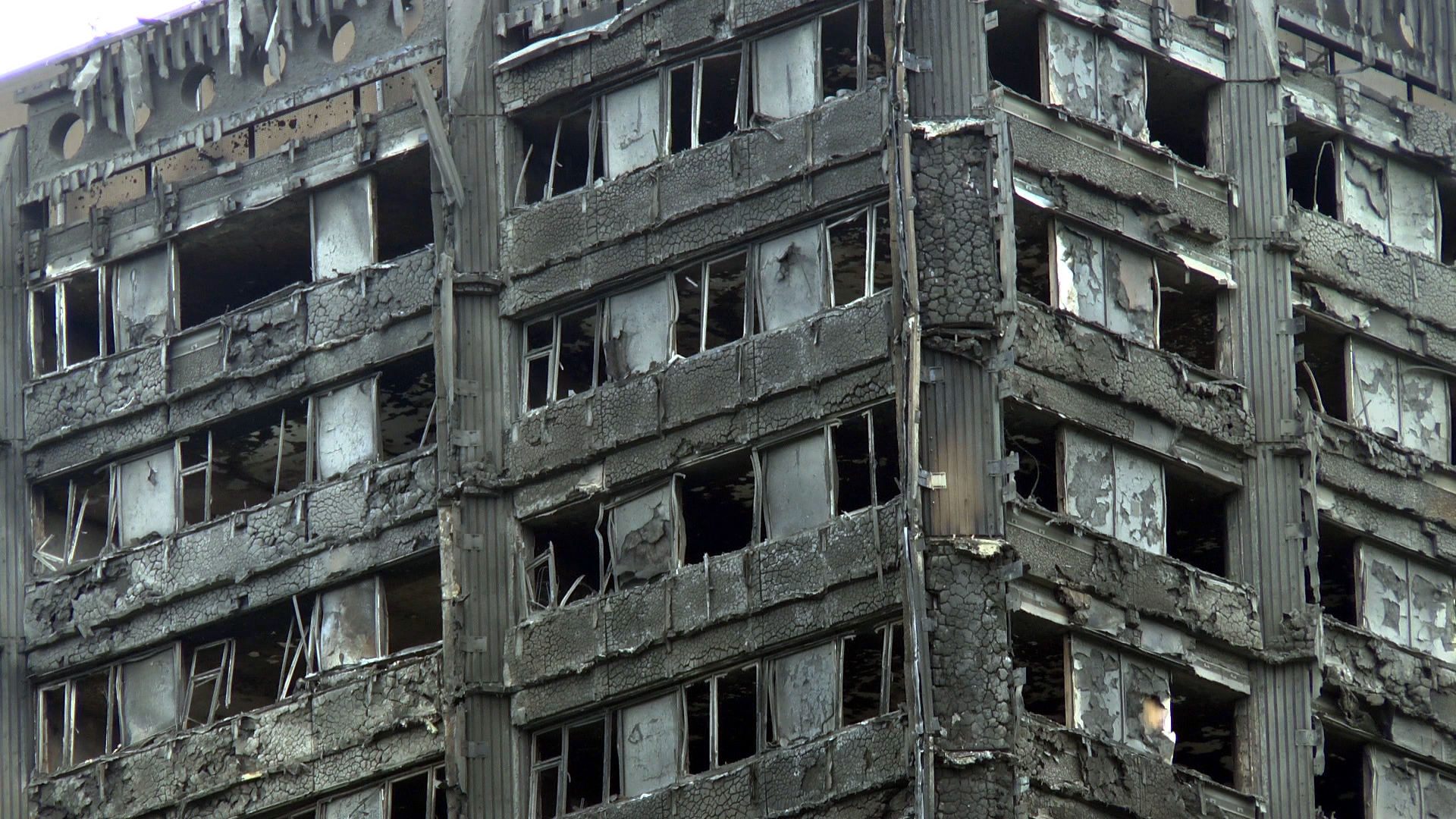 Top floors of Grenfell Tower after the fire, showing the burned insulation, with portions of the original structure revealed underneath. The cladding had melted. (ChiralJon, CC BY 2.0, Wikimedia Commons)

Moore-Bick may, a couple of years from now, ultimately produce a most damning report of government failings that caused the Grenfell Disaster. But these issues will only be dealt with as Phase 2 of the report, by which time public emotion and recollection will have faded further. I question the methodology of producing an initial report on the events of the night, and a second on the “historical background”, when the “historical background” actually contains the fundamental causes of the tragedy. The second report, when it eventually arrives, will have far less media coverage. The abiding message in the eyes of the duped public will be that the fault lay with the fire brigade.

So, let us recall now what really happened.

Over the years, regulations – and the inspections and bureaucracy that go
with them – have piled up and up. This has hurt business, imposing real
burdens and doing real damage to our economy. Reducing the number
of rules and regulations is therefore absolutely central to the Coalition
Government’s vision for Britain, removing barriers to economic growth and
increasing individual freedoms. We have given a clear commitment that where
regulation cannot be justified, we will remove it.

That is one of many examples of vital context given in an excellent pamphlet by the Fire Brigades Union. It is the background to the government’s continued failure over years to address the need for new regulation of developments in cladding.

After six people died due to combustible cladding in the Lakamal House fire of 2009, Tory Minister Eric Pickles’s instinct was to use this disaster to reduce regulation; “My department is committed to a programme of simplification of building regulations.” In the seven years between that statement and the Grenfell fire, the coalition government had still done precisely nothing on cladding regulation.

Meantime, Boris Johnson as mayor of London was taking an axe to the London Fire Service, closing 12 fire stations. Firemen involved in regulation and inspection were particularly cut. Johnson effectively reduced the number of firemen involved in operational regulation enforcement by half. Total fire brigade staff were reduced by a quarter. 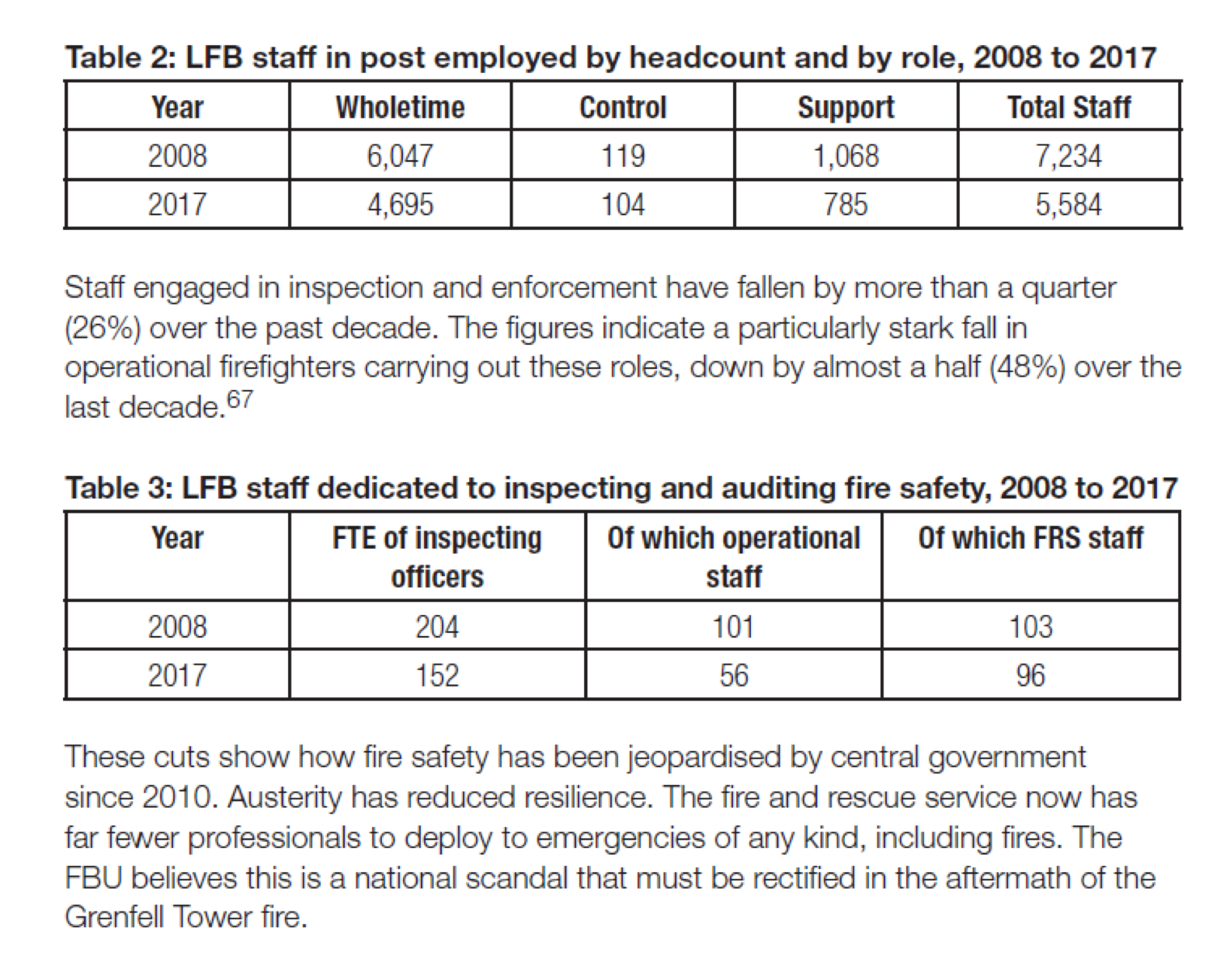 This is the essential background to any criticism of the operational performance of the fire brigade.

Finally, the owners of the building, Kensington and Chelsea Borough Council – arguably the U.K.’s wealthiest council – bear ultimate responsibility for repeated failures to address fire safety concerns and for putting flammable cladding on the building in order to improve its appearance for the benefit of wealthy neighbors in the surrounding streets. A council planning document made plain that it was clad for the neighbors’ benefit, not that of the residents, “to accord with the development plan by ensuring that the character and appearance of the area are preserved and living conditions of those living near the development suitably protected.” The aim of the cladding was to disguise the existence of accommodation perceived as for poor people.

I have not previously blogged much about Grenfell because I have a distaste for disaster journalism. But if public perception grows that the disaster was the fault of the firefighters, that would be an outrage.