James Howard Kunstler wonders if there is any way to hold the errand boys-and-girls in the news media accountable for their roles as handmaidens in what will be eventually known as a seditious coup to overthrow a president. 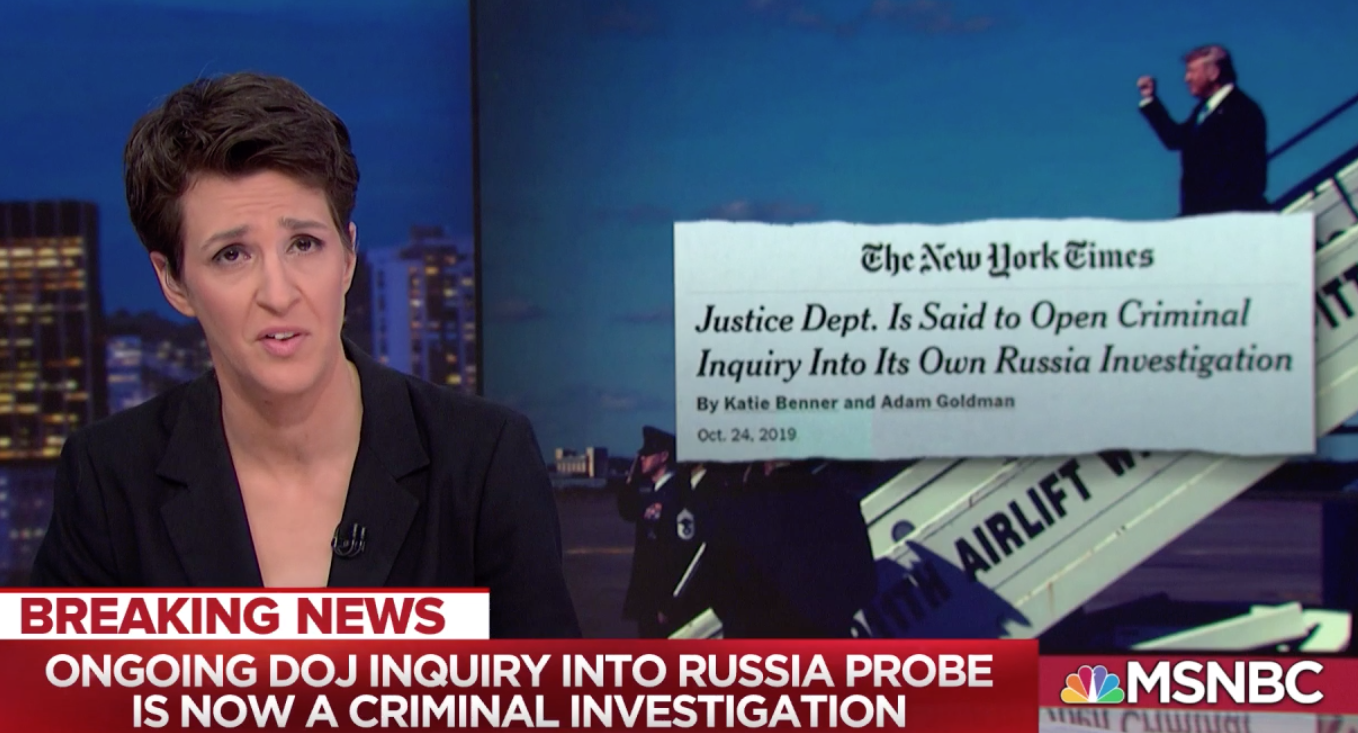 It was interesting to watch the cable news divas go incandescent under the glare of their own gaslight last week when they received the unpleasant news that the Barr & Durham “review” of Russiagate had been officially upgraded to a “criminal investigation.” Rachel Maddow’s trademark pouty-face got a workout as she strained to imagine “…what the thing is that Durham might be looking into.” Yes, that’s a riddle, wrapped in a mystery, inside an enigma, all right… with a sputtering fuse sticking out of it. Welcome to the Wile E. Coyote Lookalike Club, Rache.

Minutes later, the answer dawned on her: “It [the thing] follows the wildest conspiracy theories from Fox News!” You’d think that someone who invested two-plus years of her life in the Mueller report, which blew up last spring, might have felt a twinge of journalistic curiosity as to the sum-and-substance of the thing. But no, she just hauled on-screen Russiagate intriguer David Laufman, a former DOJ lawyer who ran the agency’s CounterIntel and Export Control desk during the Russiagate years, and also helped oversee the botched Hillary Clinton private email server probe.

“They have this theory,” Maddow said, “that maybe Russia didn’t interfere in the election….”

“It’s preposterous,” said Laufman, all lawyered up and ready to draw a number and take a seat for his own grand jury testimony. (Note: Laufman was also deeply involved in the Brett Kavanaugh fiasco as lawyer to Christine Blasey Ford’s BFF, former FBI agent Monica McLean.) 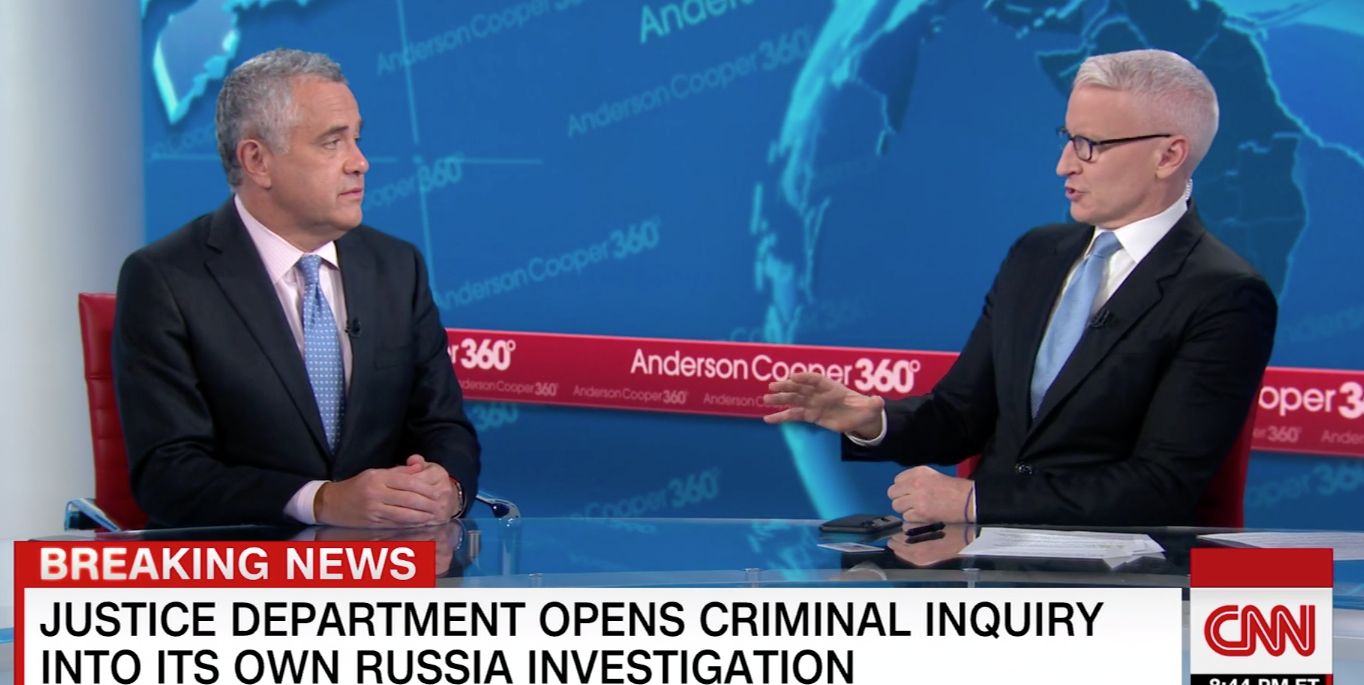 Over in the locked ward of CNN, Andy Cooper and Jeff Toobin attempted to digest the criminal investigation news as if someone had ordered in a platter of shit sandwiches for the green room just before air-time. Toobin pretended to not know exactly who the mysterious Joseph Mifsud was, and struggled to even pronounce his name: “…Mifsood? Misfood…? You mean the Italian professor?”

No Jeff, the guy employed by several “friendly” foreign intelligence agencies, and the CIA, to sandbag Trump campaign adviser George Papadopoulos, and failed. I guess when you’re at the beating heart of TV news, you don’t have to actually follow any of the stories reported outside your range of thought and experience. 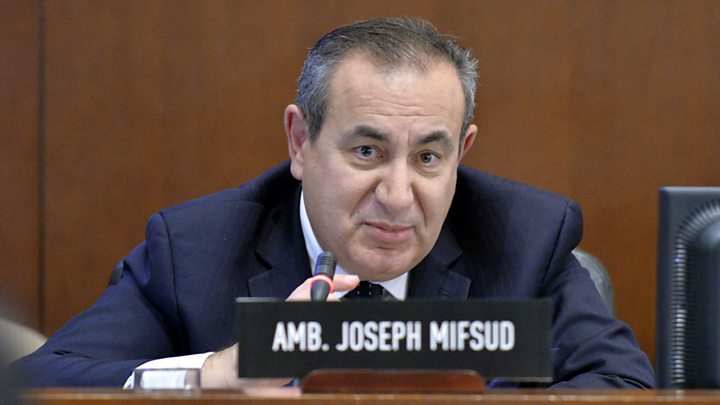 Next Andy hauled onscreen former Director of National Intelligence James Clapper (now a paid CNN “contributor”) to finesse a distinction between the “overall investigation of the Russian interference” and “the counterintelligence investigation that was launched by the FBI.” Consider that Clapper was right in the middle between the CIA and the FBI. Since he is known to be a friend of former FBI Director James Comey’s and a not-friend of former CIA Direction John Brennan’s one can easily see which way Clapper is tilting. One can also see the circular firing squad that this is a setup for. And, of course, Clapper himself will be a subject in Durham’s criminal case proceedings. I predict October will be the last month that Clapper draws a CNN paycheck — as he hunkers down with his attorneys awaiting the subpoena with his name on it.

The New York Times story on this turn of events was a lame attempt to rescue Comey by pinning the blame for Russiagate on the CIA, shoving Brennan under the bus. The Times report says: “Mr. Durham has also asked whether C.I.A. officials might have somehow tricked the F.B.I. into opening the Russia investigation.” There’s the next narrative for you. Expect to hear this incessantly well into 2020: “We wuz tricked!”

I wonder if there is any way to hold the errand boys-and-girls in the news media accountable for their roles as handmaidens in what will be eventually known as a seditious coup to overthrow a president. We do enjoy freedom of the press in this land, but I can see how these birds merit charges as unindicted co-conspirators in the affair. One wonders if the various boards of directors of the newspaper and cable news outfits might seek to salvage their self-respect by firing the executives who allowed it to happen. If anything might be salutary in the outcome of this hot mess, it would be a return to respectability of the news media.

As for impeachment, ringmaster Rep. Adam Schiff is surely steaming straight into his own historic Joe McCarthy moment when somebody of incontestable standing denounces him as a fraud and a scoundrel… and the mysterious workings of nonlinear behavior tips the political mob past a criticality threshold, shifting the weight of consensus out of darkness and madness. It has happened before in history. Two centuries before Joe McCarthy, the French national assembly suddenly turned on the Jacobins Robespierre and St. Just after their orgy of beheading 17,000 enemies. The two were quickly dispatched themselves to the awe of their beloved guillotine and the Jacobin faction was not heard of again —until recently in America, where it first infected the universities and then sickened the polity at large almost unto death.