Caitlin Johnstone flags a report about another member of the OPCW investigation who says his findings, which contradicted the official conclusions, were suppressed. 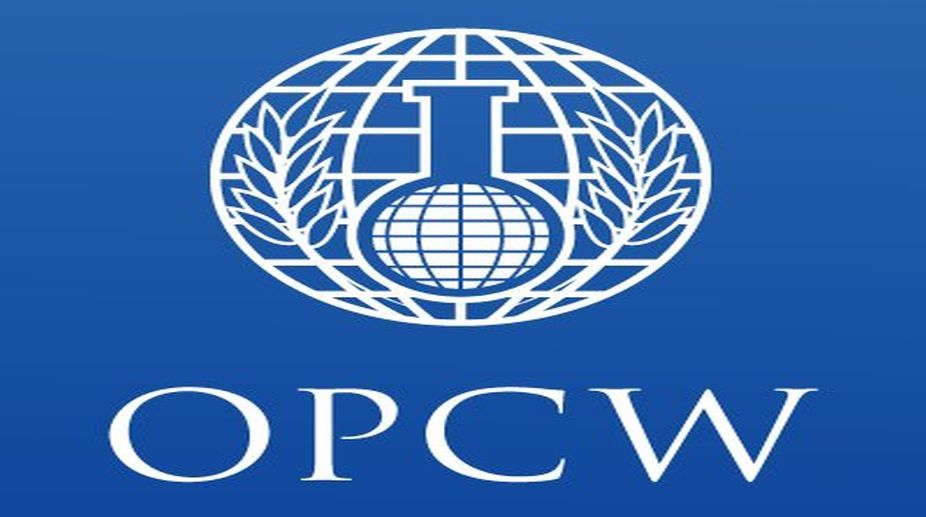 During a recent BBC radio interview, award-winning journalist Jonathan Steele said that he attended a briefing by a new whistleblower from the Organization for the Prohibition of Chemical Weapons (OPCW) investigation into an alleged 2018 chemical attack in Douma, Syria, who claimed that the OPCW suppressed his findings which contradicted the organization’s official conclusion that a chlorine gas attack had taken place. This, according to Steele, is a second whistleblower coming forward on the OPCW’s Douma investigation, the first being the leaker of an Engineering Assessment document which surfaced in May contradicting the OPCW’s official ballistics report which the organization hid from the public.

I have archived an audio recording of Steele’s statement here for posterity, since the BBC removes its content after a month. I have also compiled a timeline of relevant events here so that people can properly appreciate the significance of these new revelations.

Here's British journalist Jonathan Steele on the BBC saying he was in attendance at the OPCW/Douma panel and witnessed a new OPCW whistleblower say his findings were suppressed on the absence of evidence for chlorine gas use on the scene in Syria. pic.twitter.com/JRdGAEnlVf

Steele made these comments unbidden by the show’s host Paul Henley. They read as follows (thanks to Tim Hayward of the Working Group on Syria, Propaganda and Media for the transcript):

Jonathan Steele: I was in Brussels last week … I attended a briefing by a whistleblower from the Organisation for the Prohibition of Chemical Weapons. He was one of the inspectors who was sent out to Douma in Syria in April last year to check into the allegations by the rebels that Syrian aeroplanes had dropped two canisters of chlorine gas, killing up to 43 people. He claims he was in charge of picking up the samples in the affected areas, and in neutral areas, to check whether there were chlorine derivatives there …

JS: … led by the rebel side to try and bring in American planes, which in fact did happen. American, British and French planes bombed Damascus a few days after these reports. And actually this is the second whistle blower to come forward. A few months ago there was a leaked report by the person who looked into the ballistics, as to whether these cylinders had been dropped by planes, looking at the damage of the building and the damage on the side of the cylinders. And he decided, concluded, that the higher probability was that these cylinders were placed on the ground, rather than from planes.

PH: This would be a major revelation…

JS:… it would be a major revelation …

PH: … given the number of people rubbishing the idea that these could have been fake videos at the time.

JS: Well, these two scientists, I think they’re non-political – they wouldn’t have been sent to Douma, if they’d had strong political views, by the OPCW. They want to speak to the Conference of the Member States in November, next month, and give their views, and be allowed to come forward publicly with their concerns. Because they’ve tried to raise them internally and been – they say they’ve been – suppressed, their views have been suppressed.

Huge news: a *2nd* OPCW whistleblower has emerged over Douma attack in April 2018. 1st WB leaked an engineering assessment that challenged OPCW conclusion of Assad gov't responsibility. This new WB was *on the ground in Douma.* Both WBs want to speak out. https://t.co/tHkYdEwk4O pic.twitter.com/2tQHvpIpws

Steele appears to be referring to a Courage Foundation panel meeting which convened in Brussels on Oct. 5, the findings of which were published the other day by the Courage Foundation and WikiLeaks, though it’s possible the briefing he refers to was a separate Brussels event around the same time. I’ve been unable to reach Steele for comment but will update with clarification if I can contact him.

They are lying to us about what’s happening Syria. Shortly after the political/media class began blaring that Syrian president Bashar al-Assad had killed dozens of civilians with chemical weapons in April of last year, Grayzone‘s Max Blumenthal wrote the following in an article for TruthDig:

“In 2007, journalist James Bamford recalled how Americans had been subjected to ‘a long line of hyped and fraudulent stories that would eventually propel the U.S. into a war with Iraq — the first war based almost entirely on a covert propaganda campaign targeting the media.’ The dirty war on Syria represents an extension of that strategy, with the mainstream media operating hand in glove with insurgent-allied influence operations like the White Helmets to cultivate public support for another war of regime change.”

Indeed, the narrative manipulation campaign against the Syrian government is historically unprecedented in its depth and scale. From bizarre narrative management operations posing as rescue services, to the BBC’s manipulative and transparently bogus “Saving Syria’s Children” documentary, to the U.S.-centralized empire’s increasingly evident influence over the OPCW, we’re seeing evidence of a campaign to distort the public understanding of what’s going on in a foreign nation the likes of which we’ve never before seen.

Stay skeptical and remember Iraq. These new reports which keep surfacing on unacceptable practices by the OPCW are just one more piece on a mountain of evidence that whenever the political/media class and their hypnotized victims try to bully us into accepting the official narrative about a longtime target for regime change, we should stand firm and insist on an amount of proof which rises to the level required in a post-Iraq invasion world.

The OPCW has a lot of questions to answer, especially since its findings have been cited as authoritative and conclusive in other high-profile events like the U.K. Skripal poisoning, as well as other incidents in Syria. Journalists like Steele and La Repubblica’s Stefania Maurizi have reported that the organization has been snubbing their requests for comment. Let’s hope the OPCW stops dodging journalists and moves toward bringing transparency and accountability to its processes.

← Convicted Antinuclear Activists Speak Out: ‘Pentagon Has Brainwashed People’
The Militarization of Everything →