The jury that convicted the Kings Bay Plowshares 7 was self-avowedly apathetic about the risks posed by nuclear weapons and the judge and prosecution prevented defendants from trying to raise their consciousness on the issue, reports Marjorie Cohn. 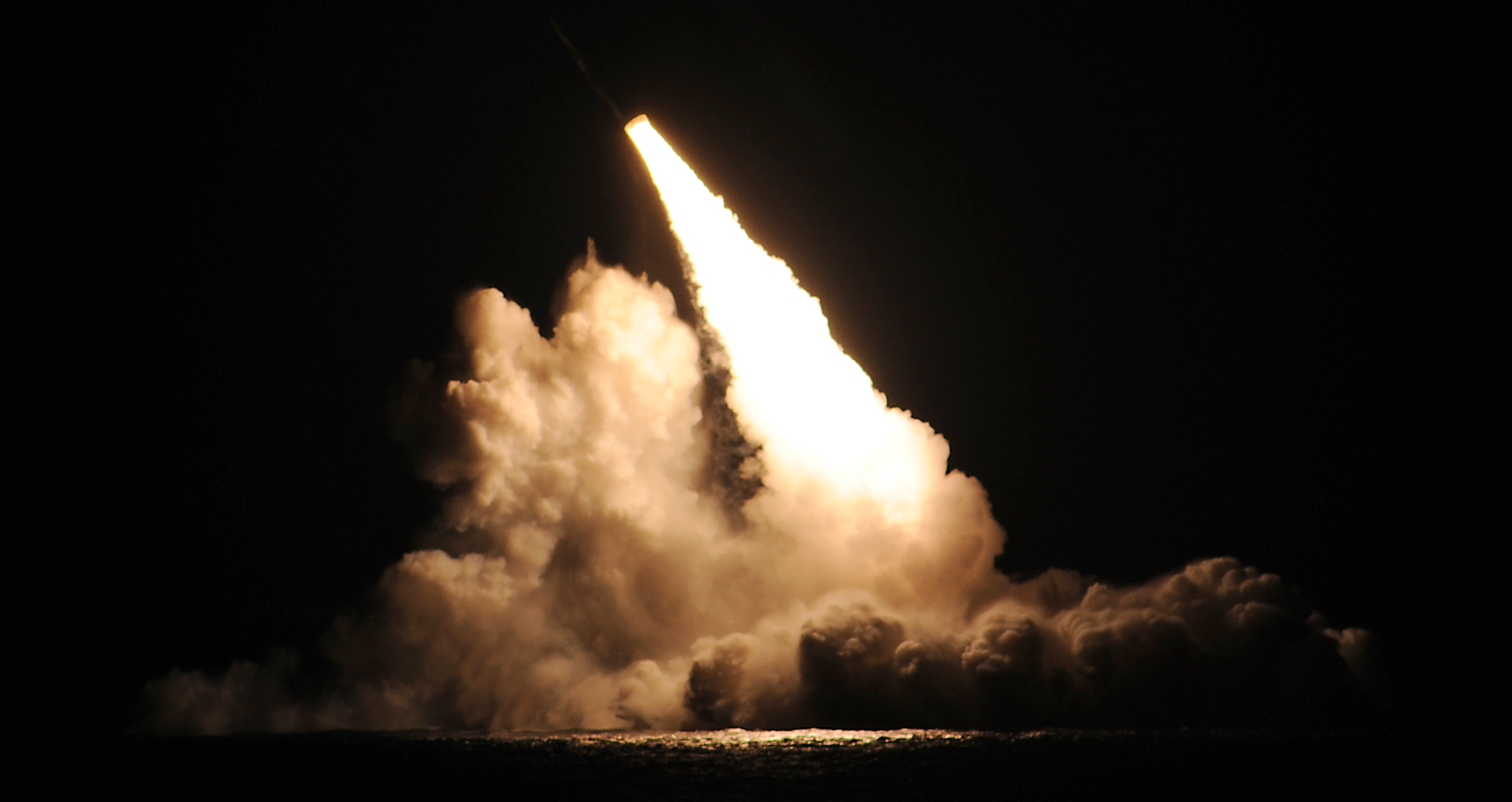 The seven Catholic peace activists who were convicted on Oct. 24 for their symbolic protest against nuclear weapons at the Kings Bay Naval Base in Georgia are now facing a two-to-three-month wait to hear their prison sentences. They could face more than 20 years in prison.

“Our own lives are uncertain regarding the possible length of prison sentences,” defendant Martha Hennessy told Truthout in an exclusive interview. “But we rejoice in the fact that more scrutiny is being directed at the purpose of the Kings Bay Naval Base in southern Georgia.”

The Kings Bay Naval Base is home to nuclear armed submarines with two dozen ballistic Trident D5 missiles, each of which is 30 times more powerful than the atomic bomb the United States dropped on Hiroshima in 1945. The seven peace activists — Martha Hennessy, Mark Colville, Clare Grady, Jesuit Fr. Stephen Kelly, Patrick O’Neill, Carmen Trotta and Elizabeth McAlister, who are collectively known as the Kings Bay Plowshares 7 — were convicted by a Georgia federal jury of conspiracy, destruction of property on a naval station, depredation of government property, and trespass after entering the base on April 4, 2018.

They came onto the base bearing hammers, baby bottles containing their own blood, crime scene tape, a copy of Daniel Ellsberg’s book, “The Doomsday Machine: Confessions of a Nuclear War Planner,” and an indictment that charged the U.S. government with crimes against peace. They cut a fence and entered the base without being detected. They used the hammers to deface a monument to the Trident, poured their blood and left a sign that read, “The Ultimate Logic of Trident is Omnicide.” They went to three sites on the base, including a storage bunker for nuclear weapons where they damaged statues and poured their blood on various structures.

“We understand the efficiency of the State is a formidable force, and we ourselves are not surprised with the guilty verdict on all counts,” Hennessy told Truthout. “In a time of withdrawing from nuclear treaties and promoting violence in foreign policy, we are left to wonder what the future may hold for the world.”

The jury that convicted the Kings Bay Plowshares 7 activists was self-avowedly apathetic about the risks posed to humanity by nuclear weapons, and the judge and prosecution worked together to prevent the defendants from sharing information or arguments to raise jurors’ consciousness on the issue.

Sam Husseini, communications director at the Institute for Public Accuracy, a progressive nonprofit organization, attended the three-day trial. “It was a subtly but insidiously controlled courtroom with the judge and prosecution working hand in glove,” Husseini told Truthout. “The defendants were allowed to speak about their religious beliefs and to some degree how they relate to nuclear weapons. But it was all presented as subjective, and expert testimony on international law, and justification and necessity of urgent action were excluded.”

The defendants, who said they were following the command of the biblical prophet Isaiah to “beat swords into plowshares,” were denied the right to present the defenses of necessity, which allows one to commit a crime in order to avoid a greater harm. They were also denied the right to discuss the Religious Freedom Restoration Act, which “ensures that interests in religious freedom are protected.” Thus, they were limited to their own testimony about their subjective motivations for their acts.

“Defendants were allowed to briefly discuss their moral objections to nuclear weapons but were cut off quickly. No outside evidence or testimony was allowed,” defense attorney Bill Quigley told Truthout.

Husseini added: “The manner that the judge allowed the case to be made did not make it clear that the house was indeed on fire — or even that there was a house. The reality of the nuclear weapons, the threat they pose, and certainly their illegality, were not objectively communicated” to the jury.

Speaking with Truthout in an exclusive email interview, defendant Patrick O’Neill shared an anecdote that further highlights the degree to which the jury reflected the widespread ignorance about nuclear risks that exists in the U.S. now.

“When Judge Lisa Wood asked the entire jury pool: ‘Do any of you have a strong opinion about nuclear weapons — pro or con, would you raise your hand?’ Of 73 people, not one raised a hand,” O’Neill told Truthout. “That is an indication that people living in the throes of the nuclear age, at two minutes to midnight on the Doomsday Clock, have come to see [weapons of mass destruction] as inconsequential — nuclear weapons on hair-trigger alert 24/7 is now a ‘normal’ part of people’s lives.”

O’Neill added, “The Pentagon has brainwashed people to just trust a government that is imperiling the earth and risking the end of life as we know. That’s why we went to Kings Bay — to hopefully wake people up.” 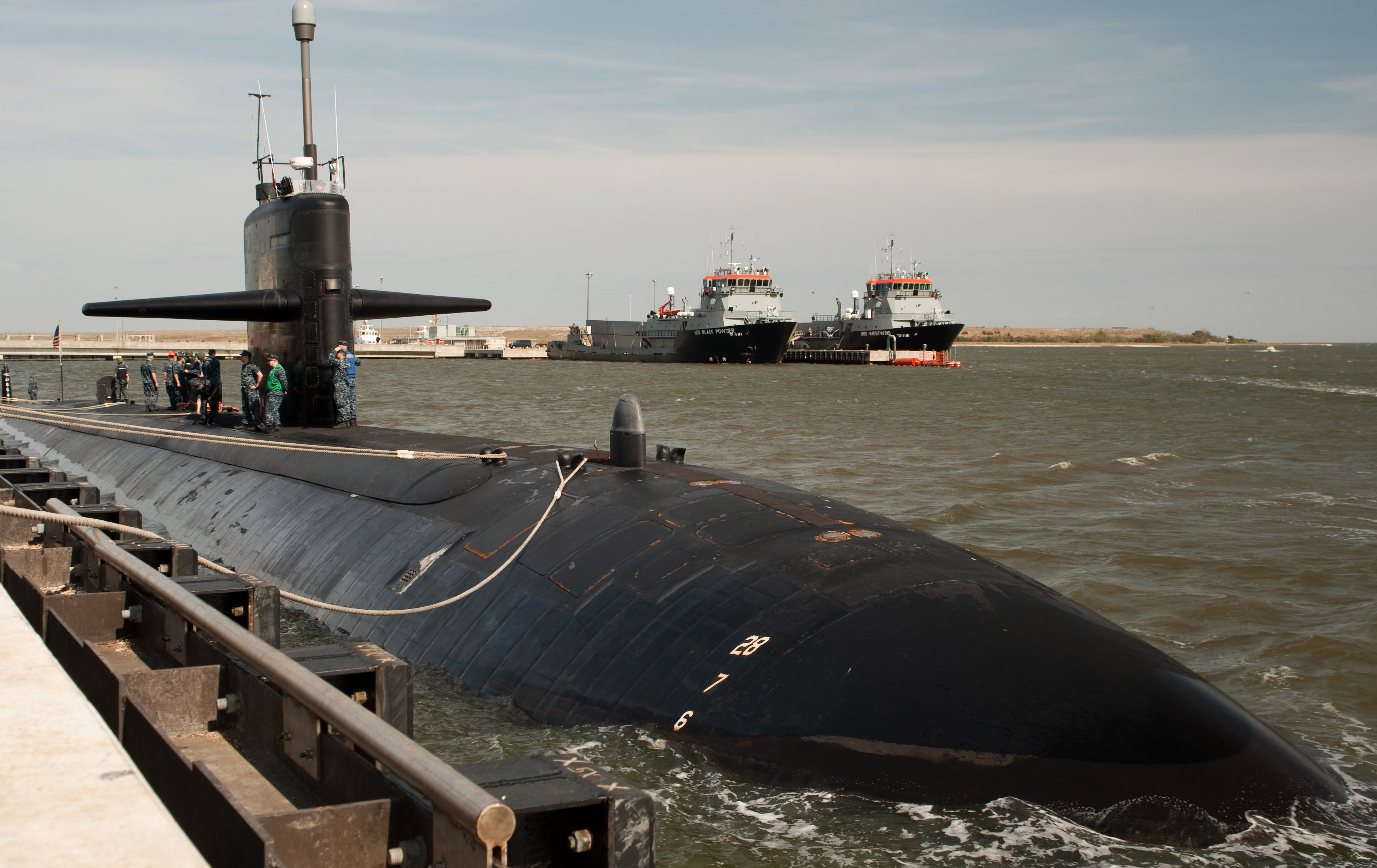 Refusal to Allow the Necessity Defense

Had the judge allowed the peace activists to raise a “necessity defense” — in other words, arguing that their actions were necessary to avoid the use of nuclear weapons — the jury could have come to a very different decision. There was abundant evidence to support a necessity defense.

In order to sustain the necessity defense, Quigley explained in his brief, the defendant must show four elements:

(1) that she believed that she needed to choose between two evils and she chose the lesser evil. “Any use of nuclear weapons by definition cannot discriminate between civilian and military targets. Each of the many Trident nuclear missiles kept at Kings Bay contain many multiples of the destructive power used by the United States in Hiroshima and Nagasaki.”

(2) that she sincerely believed and reasonably acted to prevent imminent harm. The Bulletin of Atomic Scientists says the world is closer to nuclear devastation than ever before. President Donald Trump repeatedly declared that “all options are on the table” and threatened North Korea with “fire and fury like the world has never seen.”

(3) that she reasonably believed her action could help to avoid that harm. “Only by symbolically disarming these nuclear weapons is there any hope for real disarmament.”

(4) that she reasonably believed there were no legal alternatives to breaking the law. “Defendants have each spoken, written, prayed, petitioned, and lobbied for nuclear disarmament and peace for decades. These actions are the only ones left which might make a difference.”

Quigley’s brief cited the 2018 Nuclear Posture Review, which would allow the United States to use nuclear weapons in response to a non-nuclear attack. The Doomsday Clock, maintained by the Bulletin of Atomic Scientists, continues to stand at two minutes to midnight. The U.S. refuses to join the majority of the nations of the world in ratifying the Treaty on the Prohibition of Nuclear Weapons. Trump withdrew the U.S. from the Iran nuclear deal, and he may well pull out of the New START Treaty as well, “which would leave nuclear weapons free from all controls” Quigley wrote.

Ellsberg believes the defendants were “definitely entitled” to present the necessity defense. As he said in a statement to the Institute for Public Accuracy, “an action which would under other circumstances be illegal can be justified as legal by a reasonable belief that it is necessary to avert a much greater evil: in this case omnicide, the collateral murder of nearly every human on earth in a war in which the nuclear missiles aboard Trident submarines were launched.”

The judge found that the defendants could have protested nuclear weapons without illegally entering Kings Bay and could’ve used the political process to change nuclear policy. But, Quigley wrote in his motion to reconsider, “there are no facts at all in the record” to support the judge’s conclusions. In fact, the defense tried unsuccessfully to introduce evidence that defendants had tried to effect change through the political process “for decades without success.”

In a declaration filed with the court, Ellsberg wrote about the significance of civil disobedience:

[I]t was not until widespread campaigns of civil disobedience, affecting public awareness and conscience . . . relating to the women’s right to vote, civil rights, and the right to unionize that the electoral and legislative and legal processes began to function to extend and protect these rights in a way we now take for granted as fundamental to democracy. 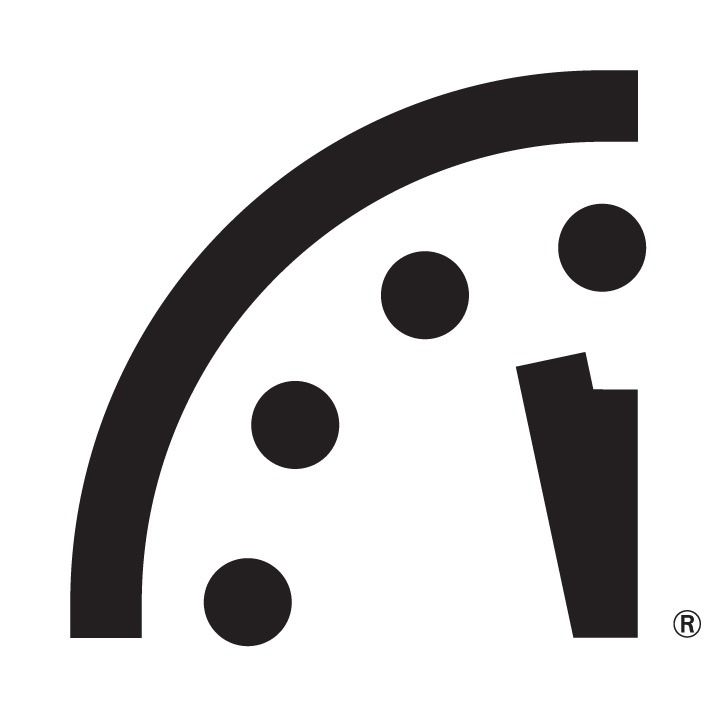 “Tellingly,” Quigley wrote, “the Magistrate granted the Government the right to preclude the jury from hearing evidence about nuclear weapons without never once discussing or even acknowledging the uncontested lethality of nuclear weapons.”

Moreover, the judge denied the defense motion to present the expert testimony of Professor Francis Boyle about the illegality of nuclear weapons under both international and U.S. law. “[T]hese defendants acted lawfully and reasonably to prevent egregious and fundamentally prohibited of all crimes, war crimes,” Boyle wrote in a declaration. He concluded that the defendants did not have the criminal intent required to convict them of the charged crimes.

But while the “Defendants’ subjective beliefs about the illegality of nuclear weapons may be relevant background information, whether nuclear weapons are actually illegal under international or domestic law (a doubtful proposition) is not relevant or an appropriate issue to litigate in this case,” Judge Lisa Godbey Wood wrote.

The judge also denied the defense motion to argue that the prosecution violated their rights to religious exercise protected by the Religious Freedom Restoration Act (RFRA). Although the judge concluded that the defendants had established the prima facie elements of a RFRA defense, the government demonstrated a compelling interest in prosecuting the defendants for their actions at Kings Bay, citing the safety of individuals on the base, the security of the assets there, and the smooth operation of the base.

The defense, however, elicited an admission from Scott Bassett, communications officer for Kings Bay base, that he had told The Washington Post that the protesters didn’t threaten any personnel or asset, or damage any military asset, including submarines or weapons systems, at the base.

Reactions to the Verdict 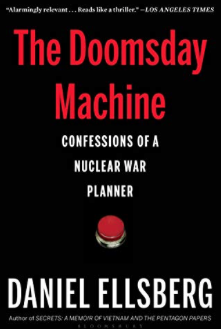 The Kings Bay Plowshares 7 are asking people to sign a worldwide petition urgently requesting that the charges against them be dropped.

Peace activist and retired Col. Ann Wright summed up the irony of the prosecution of the Kings Bay Plowshares 7, writing on Facebook, “The US nuclear weapons are so poorly protected that the 7 were able to get into the more secure area! They should be rewarded for pointing out how poorly guarded the weapons are instead of being on trial!!!”

Meanwhile, defense attorney Quigley told Truthout that he thinks the verdict will “make convictions easier and defenses harder” in the future.

“If the jury would have heard the facts about the nuclear bombs headquartered at Kings Bay — with 3,800 times the destructive power of Hiroshima and the real possibility of ending all life on the planet — they would probably have come to a different decision about the legality of what these courageous people did,” he said.