By Joe Lauria
in Washington
Special to Consortium News

The New Yorker‘s Jane Mayer has gained a reputation as one of the best reporters in Washington, but in her latest piece on Ukraine and former Vice President Joe Biden, Mayer has succumbed to the partisan mania ripping apart this city and much of the country.

There is little subtlety in her argument, as evidenced by the title of the piece: “The Invention of the Conspiracy Theory on Biden and Ukraine.” Rather than taking an impartial, non-partisan view—needed now more than ever in journalism—Mayer neglects evidence that would have produced a more nuanced report on this increasingly volatile story.

Such an achievement required the suppression of a seasoned reporter’s natural curiosity. Maybe the other side has evidence worth examining too.

Mayer is not alone in dismissing serious questions about Biden as merely “a repeatedly discredited conspiracy theory involving Joe Biden and his son Hunter’s work in Ukraine.” In doing so, Mayer has joined an unthinking media consensus protecting Biden and the media’s own interests to save itself from the shame of having pushed the now discredited conspiracy theory of Trump’s collusion with Russia. With the Trump Justice Department digging into the origins of that fiasco it was the perfect time to preempt its findings with a trumped up impeachment scandal. The last thing the intelligence agencies and their compliant media need are revelations about how they together duped the country. 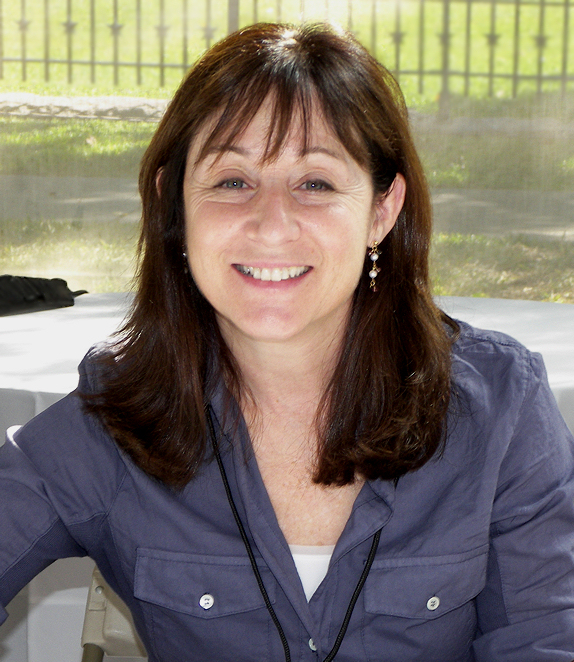 Mayer, who distinguished herself on many stories, including a defense of the wrongly accused National Security Agency senior executive Tom Drake—an actual whistleblower—reduced herself to the journalists’ herd that gave Russiagate credence, and in the process undermined scores of media reputations.

Instead of owning up to it, Mayer writes that the media was manipulated in 2016, not by Democrats or intelligence officials, but by Republican partisans.  She produces a line about Ukrainegate that would more credibly describe media accomplices in Russiagate: “News organizations continue to be just as susceptible to manipulation by political partisans pushing complicated and hard-to-check foreign narratives as they were in 2016.”

Mayer’s unwillingness to see the corruption of both major parties is stunning.

She writes: “Anyone trying to track the Ukrainian conspiracy stories that were eventually embraced by President Trump is likely to get mired in the same echo chamber of right-wing news purveyors that misinformed voters in 2016” (except that in 2016 it was an echo chamber aligned with Democrats).

Mayer only blames Republicans who were largely on the defensive during Russiagate.  Her exoneration of Democrats then and now for misinforming voters, extends to Secretary of State Hillary Clinton’s approval of an uranium deal with Russia, after which, Mayer reports, “more than two million dollars in contributions” came to “the Clinton Foundation from the businessmen behind the deal.”  She says Clinton is in the clear because other U.S. agencies also approved the deal and the amount of uranium was “negligible.” It was all just a conservative plot, Mayer tells us.

Mayer attributes the origins of Biden’s appearance of conflict of interest in Ukraine solely to a disinformation campaign run by a shadowy group set up by Donald Trump’s former chief strategist, the right wing activist, Steve Bannon.

This is intended to put a nail in the story at its origins, portraying it as just a nutty conservative conspiracy, and thus no one needs to be concerned about significant evidence that followed. “For nearly two years, conservative operatives have been trying to weaponize the Ukraine-based story that has led Trump to the brink of impeachment,” Mayer wrote.

She takes at face value Bannon’s braggadocio about his so-called Government Accountability Initiative being “key” and the “predicate” to the Biden-Ukraine story, allowing her to easily dismiss an array of facts, including a public admission of corruption by Biden himself, as merely an “unethically seeming morass.”

Of all the evidence missing from Mayer’s piece, perhaps the most important is the opening act of this Washington drama: the U.S.-backed coup that overthrew an elected Ukrainian government in 2014. Without that evidence it is impossible to understand the context of the nauseating Biden/Ukraine impeachment story. She is not alone in this either. The entire elite liberal media and Fox News won’t mention it in a bipartisan cover-up of rapacious American foreign policy.

The press usually takes 25 years, after the declassification of documents, to admit the United States routinely breaks international law by overthrowing sovereign governments, and not in the name of spreading democracy, but in the interests of capital and geo-strategy. That was the case with Ukraine in 2014.

Can you imagine if the Trump administration finally succeeds in overthrowing the Venezuelan government and a couple of months later Vice President Mike Pence’s son (who wasn’t kicked out of the Navy for drug use) lands a spot on the board of a privatized Venezuelan national oil company?

That is exactly what happened with Biden and his son Hunter in Ukraine.

And then imagine that the U.S.-installed government of Juan Guaidó begins an investigation into corruption at the oil company and wants to question Pence’s son. So Pence flies to Caracas and tells Guaidó he won’t get a $1 billion U.S. credit line until the prosecutor is fired. Six hours later the prosecutor begins cleaning out his desk and Pence later brags about it in an open forum at the Council on Foreign Relations.

That is exactly what Biden did in Ukraine.

The fired Venezuelan prosecutor then gives an affidavit under oath that Pence had him fired because he was investigating his son’s company and that the U.S. had taken over the country’s prosecutor’s office.

That is exactly what the Ukrainian prosecutor testified.

But none of these facts are in Mayer’s story. In the face of the affidavit and Biden’s open admission on video, she still somehow calls these “baseless tales claiming that Biden corruptly intervened on behalf of his son’s Ukrainian business interests.”

Instead Mayer attacks the reporter who revealed most of these facts, John Solomon of The Hill. A partisan reporter attacking another partisan reporter is what passes for journalism these days.  Being non-partisan—a requirement to practice serious journalism—means looking past the politics of a reporter or a news outlet, and even overlooking their partisan motivation, if they present documented evidence. The motive is irrelevant if the evidence is substantiated.

There was no such evidence in the Russiagate farce, but that never stopped partisans in the Democratic media. The same lack of skepticism has accepted now two CIA officials as “whistleblowers” without questioning their motives, while showing no interest in real whistleblowers who challenge the Establishment on behalf of the nation.

If the Department of Justice and its investigation into the origins of Russiagate is serious and reveals wrongdoing by intelligence officials and by extension the media, the best move those officials and journalists can make is to go on offense as their best defense.  It also gives them another crack at Trump after failing with Russiagate. And Trump gave them the opening to do it. 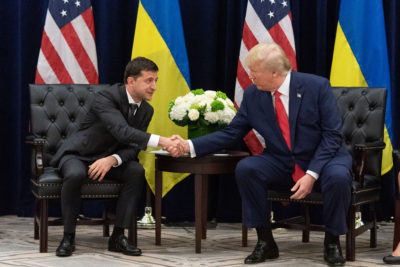 Zelensky and Trump at the UN last month. (Wikimedia Commons)

Trump’s mistake was to get personally involved in the investigations into the origins of Russiagate and the Bidens. By mentioning both in a telephone conversation with Ukrainian President Volodymyr Zelensky, he broke the wall that should exist between the White House and the Justice Department. Though there was no clear quid-pro-quo, Trump hinted that he would release military aid to Ukraine in exchange for the investigations. If Trump did that it is the routine corrupt way the U.S. carries out foreign policy, as Biden openly admitted.

Trump compounded his problems by publicly calling for China to investigate Hunter Biden’s dealings in that country. By getting personally involved, instead of leaving it up to the DOJ to investigate his possible challenger in next year’s presidential election, Trump allowed his enemies in intelligence and the media to portray his conversation as an impeachable offense.

Every move the DOJ or Trump’s personal lawyer, Rudy Giuliani, makes in investigating Russiagate or the Bidens’ corruption, including legitimately asking foreign governments for assistance, is now tainted as political because of Trump’s unwise intervention.  He threw a lifeline to intelligence officers and journalists like Mayer, who will continue to make the most of it even if it means turning their backs on their professional commitments.