The impeachment offensive against Donald Trump is another symptom of a partisan disease that ignores an even greater malignancy, writes Joe Lauria.

The most crucial aspects of the Trump-Ukraine “scandal,” which has led to impeachment proceedings against Donald Trump, are not being told, even by Republicans.

Trump was very likely motivated by politics if he indeed withheld military aid to Ukraine in exchange for Kiev launching an investigation into Democratic presidential frontrunner Joe Biden, though the transcript of the call released by the White House between Trump and Ukrainian President Volodymr Zelinsky does not make certain such a quid-pro-quo.

But what’s not being talked about in the mainstream is the context of this story, which shows that, politics aside, Biden should indeed be investigated in both Ukraine and in the United States.

We know from the leaked, early 2014 telephone conversation between Victoria Nuland, then assistant secretary of state for European and Eurasian affairs, and Geoffrey Pyatt, then U.S. ambassador to Ukraine, that then Vice President Biden played a role in “midwifing” the U.S.-backed overthrow of an elected Ukrainian government soon after that conversation.

That’s the biggest crime in this story that isn’t being told. The illegal overthrow of a sovereign government.

As booty from the coup, the sitting vice president’s son, Hunter Biden, soon got a seat on the board of Ukraine’s biggest gas producer, Burisma Holdings. This can only be seen as a transparently neocolonial maneuver to take over a country and install one’s own people. But Biden’s son wasn’t the only one. 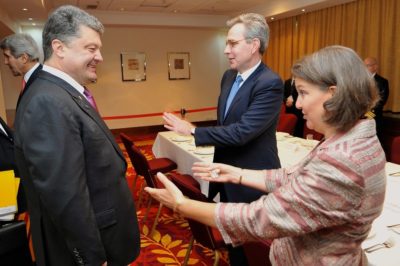 A family friend of then Secretary of State John Kerry also joined Burisma’s board. U.S. agricultural giant Monsanto got a Ukrainian contract soon after the overthrow.  And the first, post-coup Ukrainian finance minister was an American citizen, a former State Department official, who was given Ukrainian citizenship the day before she took up the post.

After a Ukrainian prosecutor began looking into possible corruption at Burisma, Biden openly admitted at a conference last year that as vice president he withheld a $1 billion credit line to Ukraine until the government fired the prosecutor. As Biden says himself, it took only six hours for it to happen.

Exactly what Biden boasted of doing is what the Democrats are now accusing Trump of doing, and it isn’t clear if Trump got what he wanted as Biden did.

That leads to another major part of this story not being told: the routine way the U.S. government conducts foreign policy: with bribes, threats and blackmail.

Trump may have withheld military aid to seek a probe into Biden, but it is hypocritically being framed by Democrats as an abuse of power out of the ordinary. But it is very much ordinary.

Examples abound. The threat of withholding foreign aid was wielded against nations on the UN Security Council in 1991 when the U.S. sought authorization for the First Gulf War. Yemen had the temerity to vote against. A member of the U.S. delegation told Yemen’s ambassador: “That’s the most expensive vote you ever cast.” The U.S. then cut $70 million in foreign aid to the Middle East’s poorest nation, and Saudi Arabia repatriated about a million Yemeni workers. 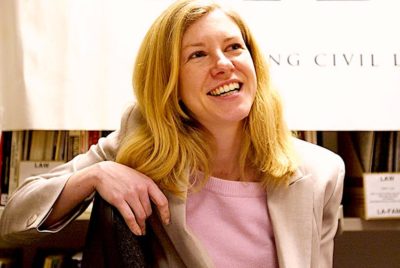 The same thing happened before the Second Gulf War in 2003, as revealed by whistleblower Katharine Gun (who will appear Friday night on CN Live!). Gun leaked an NSA memo that showed the U.S. sought help from its British counterpart in signals intelligence to spy on the missions of Security Council members to get “leverage” over them to influence their vote to authorize the invasion of Iraq.

In 2001 the U.S. threatened the end of military and foreign aid if nations did not conclude bilateral agreements granting immunity to U.S. troops before the International Criminal Court.

More recently, the U.S. used its muscle against Ecuador, including dangling a $10 billion IMF loan, in exchange for the expulsion of WikiLeaks founder Julian Assange from its London embassy.

This is how the U.S. conducts “diplomacy.”

“Coming from a developing country, I was trained extensively in international law and diplomacy and mistakenly assumed that the great powers, especially the United States, also trained their representatives in diplomacy and accepted the value of it. But the Roman Empire had no need for diplomacy. Nor does the United States. Diplomacy is perceived by an imperial power as a waste of time and prestige and a sign of weakness.”

This fundamental corruption of U.S. foreign policy, which includes overthrowing elected governments, is matched only by the corruption of a political system that exalts partisan political power above all else. Exposing this deep-seated and longstanding corruption should take precedence over scoring partisan scalps, whether Biden’s or Trump’s.

Before commenting please read Robert Parry’s Comment Policy. Allegations unsupported by facts, gross or misleading factual errors and ad hominem attacks, and abusive or rude language toward other commenters or our writers will be removed. If your comment does not immediately appear, please be patient as it is manually reviewed. For security reasons, please refrain from inserting links and try to keep your comment to within 500 words.

59 comments for “The Untold Story of the Trump-Ukraine ‘Scandal’: The Routine Corruption of US Foreign Policy”