From Cambodia to Brazil and Argentina and back to Bangkok gave Pepe Escobar insights into the disastrous course his native land is taking.

We were just beginning to hit cruising speed in our wide-ranging, 2 hour and 10 minute world exclusive interview with former President Luis Inacio Lula da Silva in his prison at the Federal Police building in Curitiba, in southern Brazil.

It was the foundation stone of what would build into a complex, rolling Hybrid War coup, from NSA spying on the Brazilian government and leading national companies, to the Car Wash corruption investigation (now demolished as a monster racket) to the impeachment of President Dilma Rousseff, the imprisonment of Lula, and the emergence of the Purveyor of Chaos, Jair Bolsonaro.

My journey started in Cambodia. I had spent hours wandering around Beng Mealea, the jungle squeezing the stony repose of the Angkorian ruins, meditating on the rise and fall of empires. The message popped up on my phone in the dead of night: the request for an interview with Lula, placed five months ago, had been approved. How soon could I get to Sao Paulo? 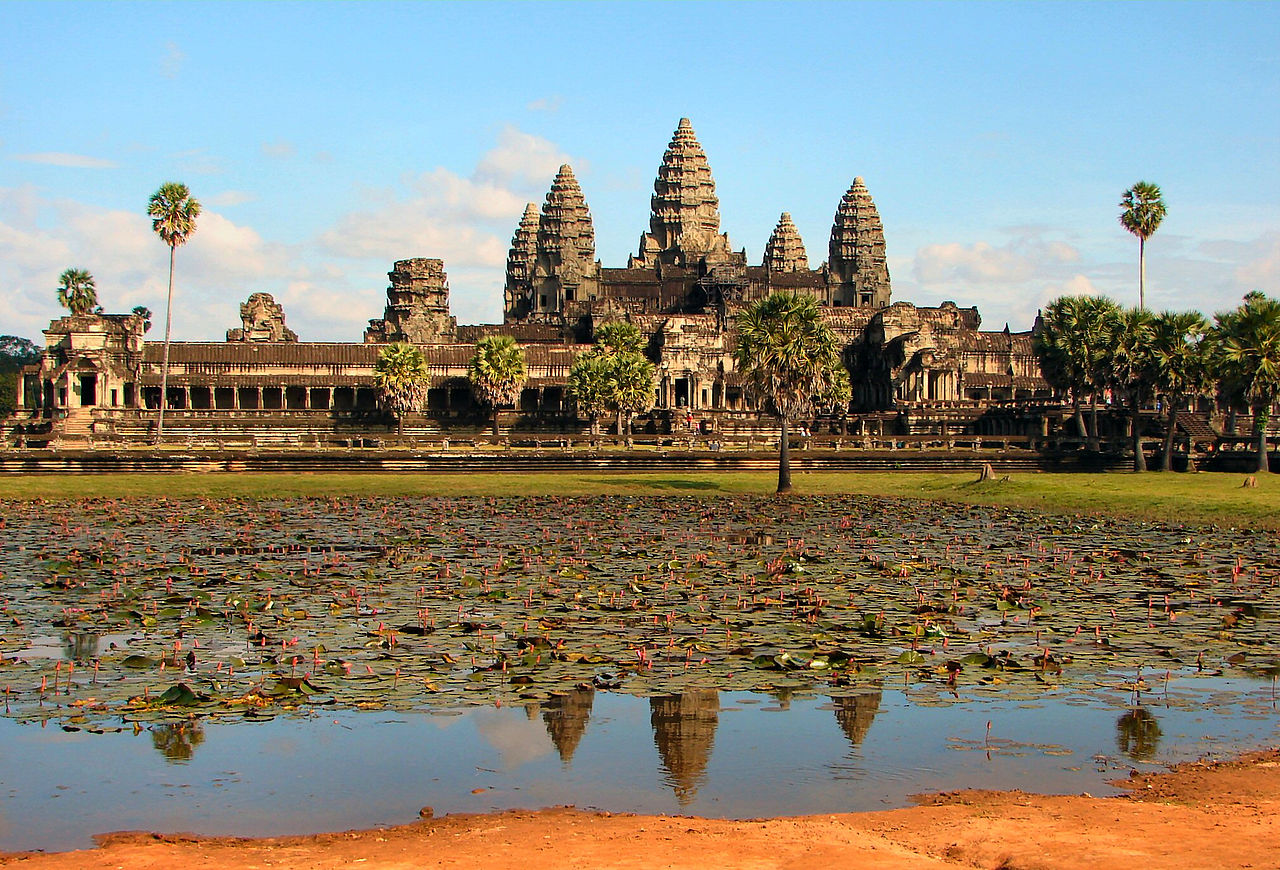 From Southeast Asia to South America, via Qatar, to Sao Paulo late the following afternoon. As we landed in the city the sky was literally black. Later I found out why: the mini-Apocalypse Now was a direct consequence of the wild fires in the lower Amazon.

Surveying the World From a Tiny Cell

Early in the evening, the day before the interview was scheduled, the Brazilian Feds suddenly started deploying stalling tactics. One of Lula’s lawyers, Manuel Caetano, engineered a silky counterpunch, with a twist: the interviews’ approval could go back to the Supreme Court again, and they would reconfirm the green light. The Feds relented.

That evening, we visited the Free Lula Vigil outside the Federal Police building. It has been going on uninterrupted for over 500 days, since April 7, 2018, the day Lula arrived in the prison. The vigil, impeccably managed, has everything from a library to a soup kitchen to an education center. Everyday, hundreds, sometimes thousands of militants and wanderers from all over the nation gather to sing “Good Morning, President Lula”, “Good Afternoon, President Lula”, and “Good Evening, President Lula”. And he listens through the tiny window in his cell that is barely open.

The extra day in this improbable, austere place impersonating an American Midwest city, proud of its green credentials and peopled with Polish and Ukrainian offspring, allowed us to devise a careful division of labor. We were representing the website/You Tube, channel Brasil 247, and in my case Asia Times and Consortium News. Mauro Lopes of Brasil 247 would concentrate on Lula, the man, and how the prison experience had changed him. Paulo Moreira Leite would focus on Brazilian politics. And I would hit on geopolitics and international relations. 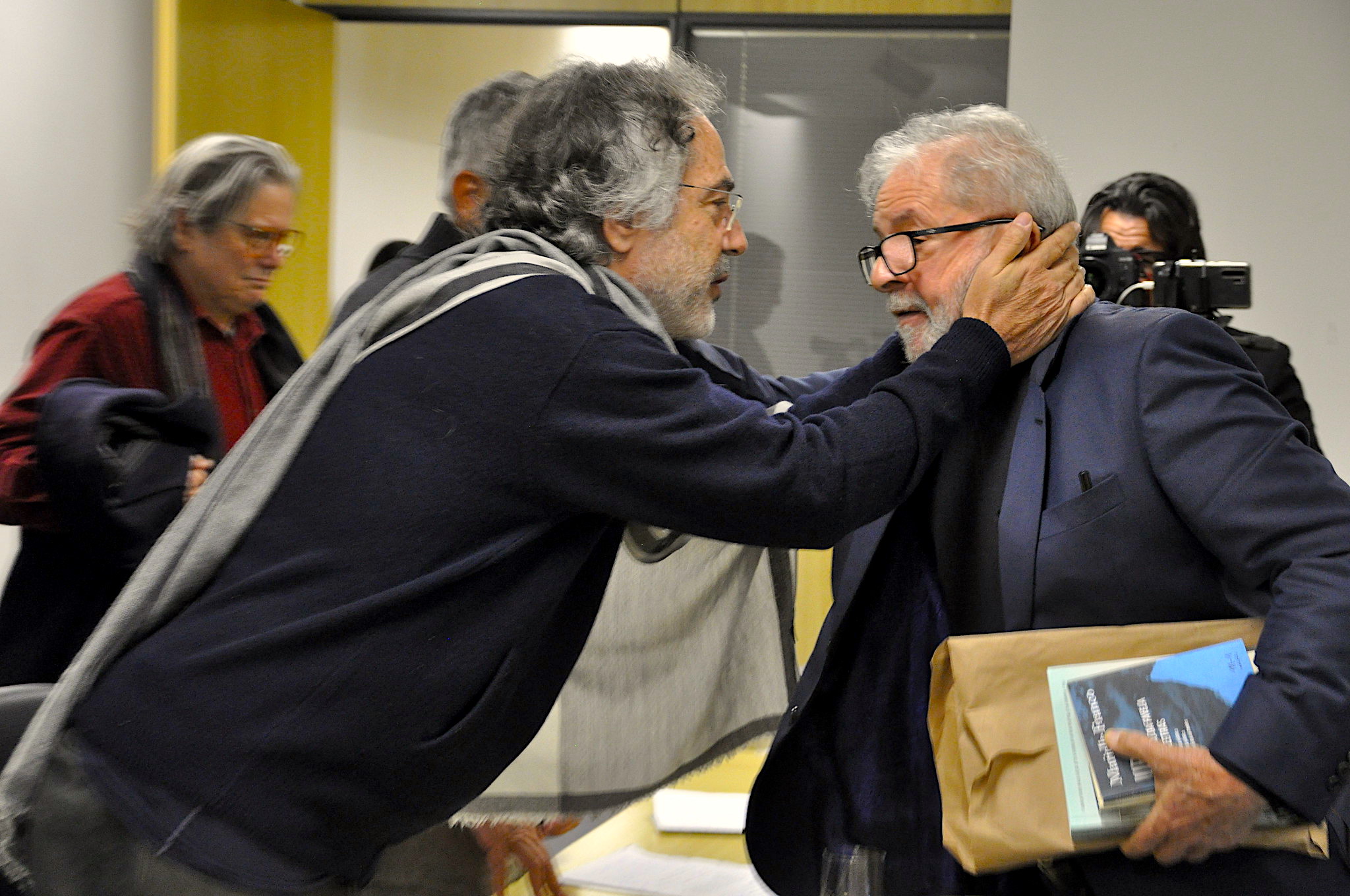 Lula’s interviews take place in a meeting room inside the Federal Police building. He is imprisoned in a 3 x 3 meter room, with that tiny window he cannot open, a bunk bed, sink, small table and a few books and mementos. The door stays open during the day but with two policemen always posted outside. He has no access to the internet or cable TV. Everyday, Marcola, a sweet young man and dutiful aide, brings a pen drive crammed with political news and departs with Lula’s handwritten messages for scores of people all over the nation.

Caetano, the lawyer, already informed us the man was in high spirits and ready to talk. This was confirmed by master photojournalist Ricardo Stuckert, who’s documented Lula all over the world since the early 2000s and briefed us on technical issues. The three of us had fine-tuned a list of interlocking questions. After less than an hour, we exchanged glances: let him roll. And roll he did.

Plotting With the Generals

Here was a man who had used his season in captivity – like monks in Himalayan meditation caves – to retrace the arc of his extraordinary life journey, plunge deep into himself, and now reclaim his status as one of the (very few) top statesmen of the 21stcentury. The contrast with the incendiary nullity in Brasilia couldn’t be starker. The three of us instinctively recognized that our conversation was historic in more ways than one, as the whole world, in utter perplexity, tries to understand how a Top Ten economy, and until recently major leader of the Global South, falls prey to proto-fascist brutalism, intolerance, degree zero of the post-politics of hate, and a plunge to the status of a mere neo-colony.

We flew back to Sao Paulo in a hurry with our interview. The online broadcast was scheduled for 9 pm. People all over the country were hangin’ on with their notebooks and smartphones. There was no time for editing. Yet the file was so huge nerves frayed with the considerable delay it took to upload it to YouTube. The rough cut was out only late at night – one camera only (Stuckert’s) focusing on Lula, and  it had dodgy sound (an edited version would be released a few days later.)

The next day I flew to Brasilia – memories of its ultimate 1960s modernist dream long gone — for an event on Saturday featuring the leadership of Lula’s Workers’ Party. But my mind was focused on a nearby meeting in the vice presidential palace going on between Bolsonaro and all the top generals. They were debating the road map ahead. But no leaks whatsoever emerged.

Night brought a private dinner with former President Dilma Rousseff. In a relaxed setting, surrounded by friends, it was  rare to listen to her unplugged: a woman of honor and integrity, drinking a glass of wine or two, cracking jokes. She had learned to “laugh at herself.”

Diplomatically, President Dilma made sure to stress the “decisive contribution by elements from the U.S. judicial-federal police complex” leading to her impeachment. And it was imperative to conduct “at least an investigation of relations between the U.S. Justice Department and the Car Wash operation,” she said.

Amid the bonhomie, something she said stuck out, ominously: “They [the NSA] had a lot of work bugging my own cabinet and Petrobras.” 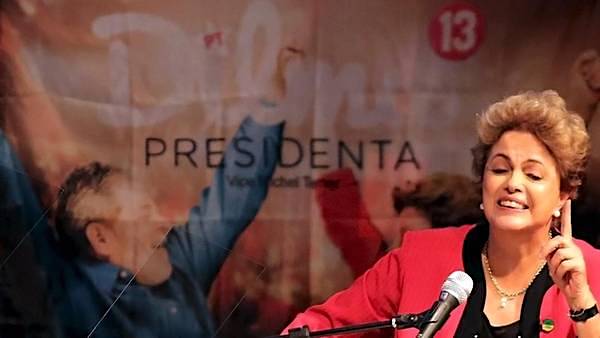 Early the next morning, under the fabulous cerrado light which reminds me of the Central Asian plains, I took a moment of reflection staring at the Supreme Court building (“all judges bought and paid for,” as reconfirmed by various sources) and at a Congress prostrated before the lobbyists’ BBB altar (“Bible, Beef, Bullet”). But after passing through Rio, my aim was to hit Macriland in Buenos Aires to see how a businesslike Argentine Bolsonaro – with better manners – had destroyed a nation.

Four years of hardcore neoliberalism worked like a (poisoned) charm, much as Bolsonaro in the Amazon: it set everything in Argentina on fire. No less than 35 percent of the Argentine population is now downright poor. The usual suspects win: banks, shareholders of privatized companies, the El Clarin group – the king of “officialist” media. To eradicate hunger has become the number one electoral promise of the Alberto Fernandez/Cristina Kirchner ticket, poised to win the upcoming October elections. I was unable to talk to former President Cristina– a close friend of Dilma’s – as she was campaigning in Patagonia.

Walking the streets of Palermo Soho, I preferred to talk to people instead of officialdom about the myriad declinations of Macri’s “economic terrorism” – which culminated in a massive, humiliating, unpayable, $57 billion IMF loan. Punctuating my wandering were all those bookshops: Buenos Aires has the highest number of bookshops per resident in the world. I snapped up priceless literature, inevitable reprints of the the Argentine poet Jorg Luis Borges and everything from a history of Peronism to collected interviews by Axel Kiciloff, Cristina’s former economy minister and favorite to become the next governor of the province of Buenos Aires.

And then, it hit me. To borrow from Keats, as re-read by Borges : Was it a vision, or a waking dream? It was instead a living nightmare. I had been transported from the ruins of Angkor to an urban Borgesian labyrinth of despair.

I returned to Sao Paulo for a geopolitical debate with Lula’s former Foreign Minister Celso Amorim, the Brazilian Sergey Lavrov (they are close friends, on top of having “invented” the BRICS). We had a fabulous lunch at Nino’s, in the same neighborhood where I grew up in the 1960s – complete with a cacio e pepe that beats anything to be found in Rome. At night I had to be trippin’ again – Go ask Alice!– South America morphing back into Southeast Asia. 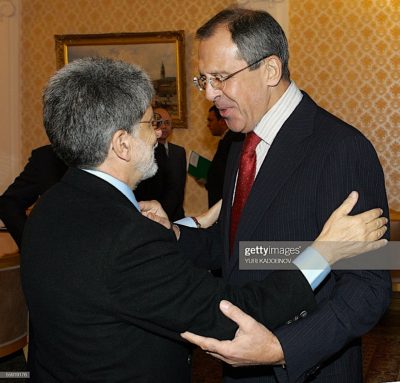 I finally got my answer to that secret meeting – poetic justice – back in the Buddhist East, from the brilliant anthropologist Piero Leirner, which went a long way to explain what the military were up to in Brasilia. For them it’s about geosecurity, not geoeconomics and geopolitics. Bolsonaro has been on the record extolling the opening up of the burning Amazon rainforest to U.S. mining giants. The military – constitutionally responsible for Brazil’s sovereignty – wouldn’t mind, as long as they oversee the proceedings.

As Sao Paulo academics were heartily debating, Brazil now seems to be configured as the ultimate global lab for new exhibits of authoritarian neoliberalism. It’s actually nastier: with Western liberal democracy reduced to a mere shell, I see it as the ultimate Hybrid War lab. A Lula in the process of Mandelazation may be even “allowed” to be set free, or placed under house arrest. Because in the end sub-imperial militarism as well as His Masters’ Voice in Washington would have had their way.

What if this is really nothing but a bad dream? As Borges wrote: “We dreamed [the world] resistant, mysterious, visible, ubiquitous in space and firm in time; but we consented in its architecture tenuous and eternal interstices of non-reason to know it is false.”

Watch Pepe Escobar speak about his interview with Lula on CN Live!

32 comments for “PEPE ESCOBAR: On the Road to Interview Lula, Into a Brazilian Black Hole”