To be a law-abiding nation, the U.S. must grant self-determination in areas it has stolen, write Kevin Zeese and Margaret Flowers.

The results of centuries of U.S. empire, which began with Manifest Destiny that crossed the North American continent and grew into a global empire, are coming home to roost in Puerto Rico and Hawaii.

Puerto Ricans had an important victory in July with the resignation of Gov. Ricardo Rosselló after more than one million people protested to demand his removal. This was a powerful display of people power, but changing the head of state does not confront the real issues for Puerto Rico: ending colonialism and ensuring self-determination.

There is confusion after Rosselló’s resignation. The next in line has already resigned and Secretary of Justice Wanda Vázquez, who is in line after that, does not want the job. Puerto Rico’s economy is a mess after Hurricane Maria, Wall Street theft and domination by a federal financial control board. The Control Board, known as la junta, is seeking to expand its power with the support of The Washington Post editorial board, to further dominate the island. This is the opposite of the next essential steps, which require decolonizing the island and empowering the people of Puerto Rico.

Demonstrators in island-wide protests in Puerto Rico calling on the governor to resign, July 22. (YouTube)

Hawaii, which was an independent nation that became a state in 1959 after the U.S. stole it, is facing protests against a telescope on its tallest mountain, a sacred area. While the telescope is the focus of the protests, the real issues are much deeper and point to a growing demand for independence. This is not being reported in U.S. media or noted by U.S. political leaders.

The demands for independence of Hawaii and Puerto Rico are part of the unraveling of U.S. Empire.

Puerto Rico lives under colonial rule. Last month was the 121st anniversary of the U.S. invasion of Puerto Rico during the Spanish-American War. Puerto Rico became part of the United States in 1898 when Spain ceded it to the U.S. at the end of that war. Puerto Rico is now a territory of the United States, a euphemism for a colony, with only a facade of democracy. They do not have voting representation in the Congress where Puerto Rico has a delegate who can only vote on procedural matters and in committees. As with the territories of Guam and the Virgin Islands, Puerto has no Electoral College votes for president. Courts have consistently upheld the disenfranchisement of people in U.S. territories as the Constitution directs that “electors” not “voters” decide the presidency.

The colonial nature of the relationship between the U.S. and Puerto Rico was made worse when in 2016 President Barack Obama created a seven-member Financial Oversight and Management Board that has ultimate control over the Commonwealth’s budget. The board, riddled with conflicts of interest, has more power than elected officials and has restructured Puerto Rico’s debt by cutting deeply into the public service budget, including cuts to health care, pensions, and education, in order to repay creditors. 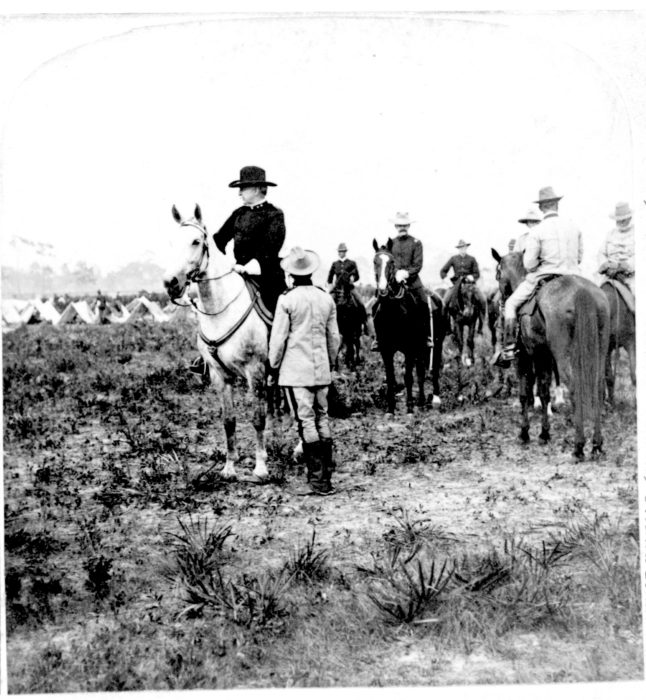 The treatment of Puerto Rico violates international law. Under the UN Charter, the United States must respect the “inalienable right to complete freedom, … sovereignty and the integrity.” The U.S. is required to work toward the “unconditional end of colonialism in all its forms and manifestations.” The “subjugation, domination and exploitation” of Puerto Rico is “a denial of fundamental human rights” as all people “have the right to self-determination” and to “freely determine their political status” and “pursue their economic, social and cultural development.”

International law requires the U.S. to take “immediate steps … to transfer all powers to the peoples of those territories, without any conditions or reservations… in order to enable them to enjoy complete independence and freedom.” Since the creation of the United Nations, more than 80 former colonies have gained their independence. However, decolonization is still a work in process. In 2010, the UN  declared 2010 to 2019 the Third International Decade for the Eradication of Colonialism and urged nations to implement a plan to end colonization.

The Declaration on the Granting of Independence to Colonial Countries and Peoples and General Assembly Resolution 1514 and Resolution 1541 further clarified steps to decolonization. The first step toward decolonization is to allow a country to develop its own constitution and democracy so it can freely determine its status. This requires the U.S. to decolonize Puerto Rico so it can determine for itself whether it wants to stay a territory, become a state or freely associate with the United States as an independent nation.

The quest for an independent sovereign nation of Puerto Rico has been a long and violent one. There has been an intense U.S. war against Puerto Rico that has included U.S. troops occupying Puerto Rico, aerial bombings, massacres of nationalists, execution of political leaders, and mass arrests including arrests of farmers, women and children. Puerto Ricans have fought back on the island but also in Washington, D.C., including the 1950 attempted assassination of President Harry Truman and in 1954, four nationalists opened fire from the visitors’ gallery above the House of Representatives chamber spraying some 30 shots onto the House floor and wounding five lawmakers.

In the Trump era, Hurricane Maria, which caused thousands of deaths and knocked out electrical power across much of the island for months, highlighted the mistreatment of Puerto Rico. President Donald Trump throwing paper towels to Puerto Ricans exemplified the mockery of inadequate federal aid to the island after the hurricane. Prior to that was the theft of the savings of Puerto Ricans by Wall Street, amounting to 10 percent of the island’s gross domestic product. Trump still lies about aid to Puerto Rico and is blocking the funding needed by the island. Today, the island is three years into a deeply unpopular debt-restructuring of about $129 billion and still has $55 billion in unfunded pensions. There is no clear resolution in sight. 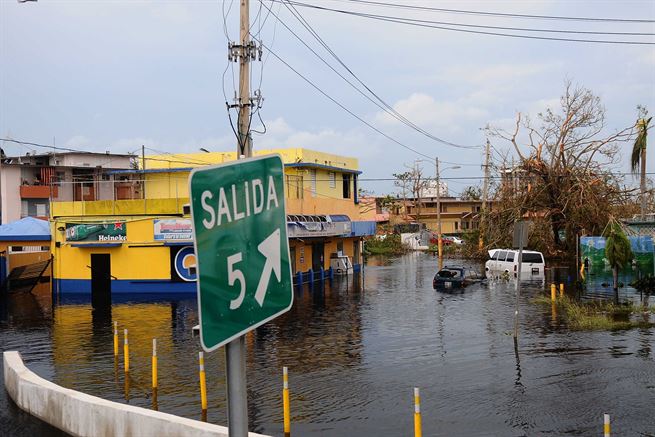 For far too long, the rules have been written for Puerto Ricans, not by them. The island has been a colony of the U.S. for more than 100 years and was a colony of Spain before that. It is time to decolonize.

The first steps should be to end the Federal Financial Control Board, cancel the debt and provide adequate resources for the recovery from Hurricane Maria and the thieving of Wall Street. The people of Puerto Rico are capable of managing their own affairs. Erica González the director of Power 4 Puerto Rico suggests some immediate steps including “supporting the leadership of community-based groups, land trusts, and municipalities with strong, proven records on the island.”

Join us for the People’s Mobilization to Stop the U.S. War Machine and Save the Planet from Sept.  20 to 23 in New York City. On Saturday, Sept. 21, we will participate in the Puerto Rican Independence March.

Native Hawaiians and allies are camped at the base of Mauna Kea to protect the summit of the mountain from the construction of a proposed Thirty Meter Telescope, a massive 18-story, five-acre telescope complex being built on sacred land. Mauna Kea, measured from its base, is the tallest mountain in the world and represents the birthplace of Hawaii island and the Hawaiian people. The summit is associated with a number of important gods and goddesses and is the site of numerous burial places and altars.

Hawaiians have been protesting the placement of telescopes on the mountain since 1968 but in reality, it is a conflict that is at least a century in the making, beginning with the arrival of colonialism in the Hawaiian lands.

In 2015, Native Hawaiians and allies halted the project by camping out and blocking the road to construction crews for months, until the Hawaii Supreme Court officially stopped construction in December 2015. But, the governments backing the telescope have persisted and are seeking to put it in place again.

In response, Native Hawaiian protectors returned to Mauna Kea. The current protectors are once again blocking construction. Over the last week and a half, they have created a sanctuary governed by the principle of kapu aloha, a prohibition against acting without kindness and love towards all. The sanctuary offers free meals, medical care, and classes on topics related to Hawaiian language, history, environment and more to anyone willing to show up to support the cause. These actions demonstrate that the conflict is not merely about a massive telescope on a sacred mountain but about the long history of resisting colonialism. 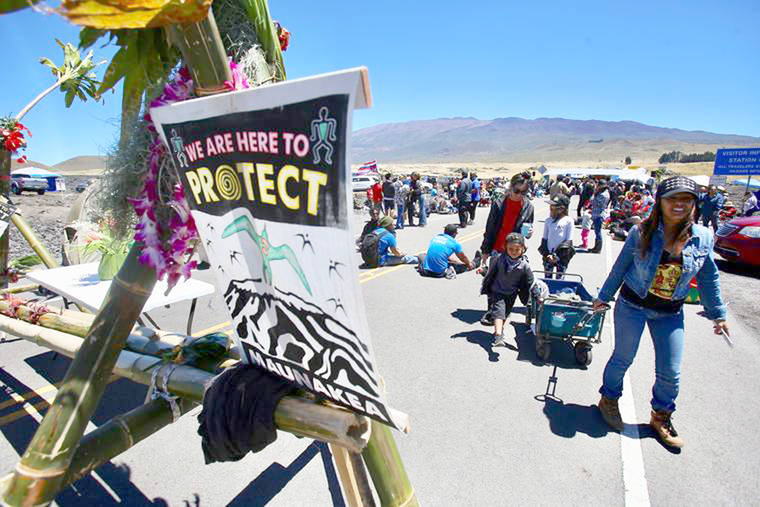 In 1893, the Hawaiian Kingdom was recognized as a sovereign and independent nation that maintained over 90 legations and consulates throughout the world. On Jan. 16, 1893, U.S. troops invaded Hawaii, which led to a conditional surrender by the Hawaiian monarch, Queen Lili‘uokalani. She said she did so “to avoid any collision of armed forces and perhaps the loss of life” recognizing the U.S. had a superior military force.

President Grover Cleveland initiated an investigation, which found that the sovereign nation submitted to the U.S. due to threats of war. Cleveland told Congress the U.S. committed an act of war and that “without authority of Congress, the Government of a feeble but friendly and confiding people has been overthrown.” In short, the U.S. committed an unlawful overthrow of an independent and sovereign nation. 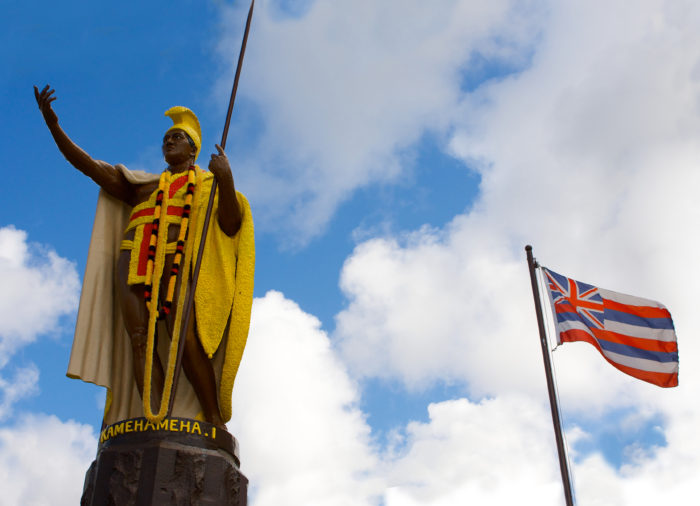 Statue in Hawaii of King Kamehamehain, who in 1795 established a unified monarchy across the archipelago. (Lux Tonnerre/Wikimedia Commons)

Recognition of that illegal overthrow persists. In 2018, Hawaii County Council member Jen Ruggles released a letter that cited a communication from Alfred M. deZayas, a United Nations independent expert, who sent a communication to judges in the state of Hawaii on Feb. 25 2018. It said: “I have come to understand that the lawful political status of the Hawaiian Islands is that of a sovereign nation-state in continuity; but a nation-state that is under a strange form of occupation by the United States resulting from an illegal military occupation and a fraudulent annexation.” In 2018, Ruggles refused to vote on new laws because of the illegal occupation of Hawaii and the lack of legal legitimacy of the council. In March 2019, the International Committee of the National Lawyers Guild concurred, finding that Hawaii is illegally occupied by the United States. A detailed history of the overthrow and illegal annexation of Hawaii is described by Jon Olsen in his book “Liberate Hawai’i.” A lawsuit was filed challenging the annexation but the federal court refused to consider the matter.

The U.S. has stolen land and created territories and states illegally. Its courts refuse to consider the issues, claiming they are political and not appropriate for courts to consider. This allows these crimes to continue and not be corrected. The recent revolts in Hawaii and Puerto Rico show that for the people living in these areas, these matters need to be reconsidered and corrected.

The U.S. needs to become a law-abiding nation and that means allowing self-determination in areas stolen by U.S. empire. The people in these areas are making significant strides toward these goals. Others can support them by joining their struggles through marches and other acts of solidarity. With the unraveling of U.S. empire, they may one day be free.

Before commenting please read Robert Parry’s Comment Policy. Allegations unsupported by facts, gross or misleading factual errors and ad hominem attacks, and abusive language toward other commenters or our writers will be removed

35 comments for “Puerto Rico, Hawaii and the Unravelling of US Empire”