Ann Wright says the people and groups now calling on Washington to re-engage diplomatically with Iran are speaking up at a time of maximum urgency.

With tensions increasing in the Persian Gulf two groups of prominent American citizens  — national security experts and religious leaders — are speaking out against a U.S. war on Iran.

Two women who are Nobel Peace Laureates, including one from Iran and one from the U.S., are doing the same.

If President Donald Trump listens to any of them he will get a very different perspective from that of his in-house national security officials Secretary of State Mike Pompeo and National Security Advisor John Bolton and the White House’s resident religious leader Vice-President Mike Pence. 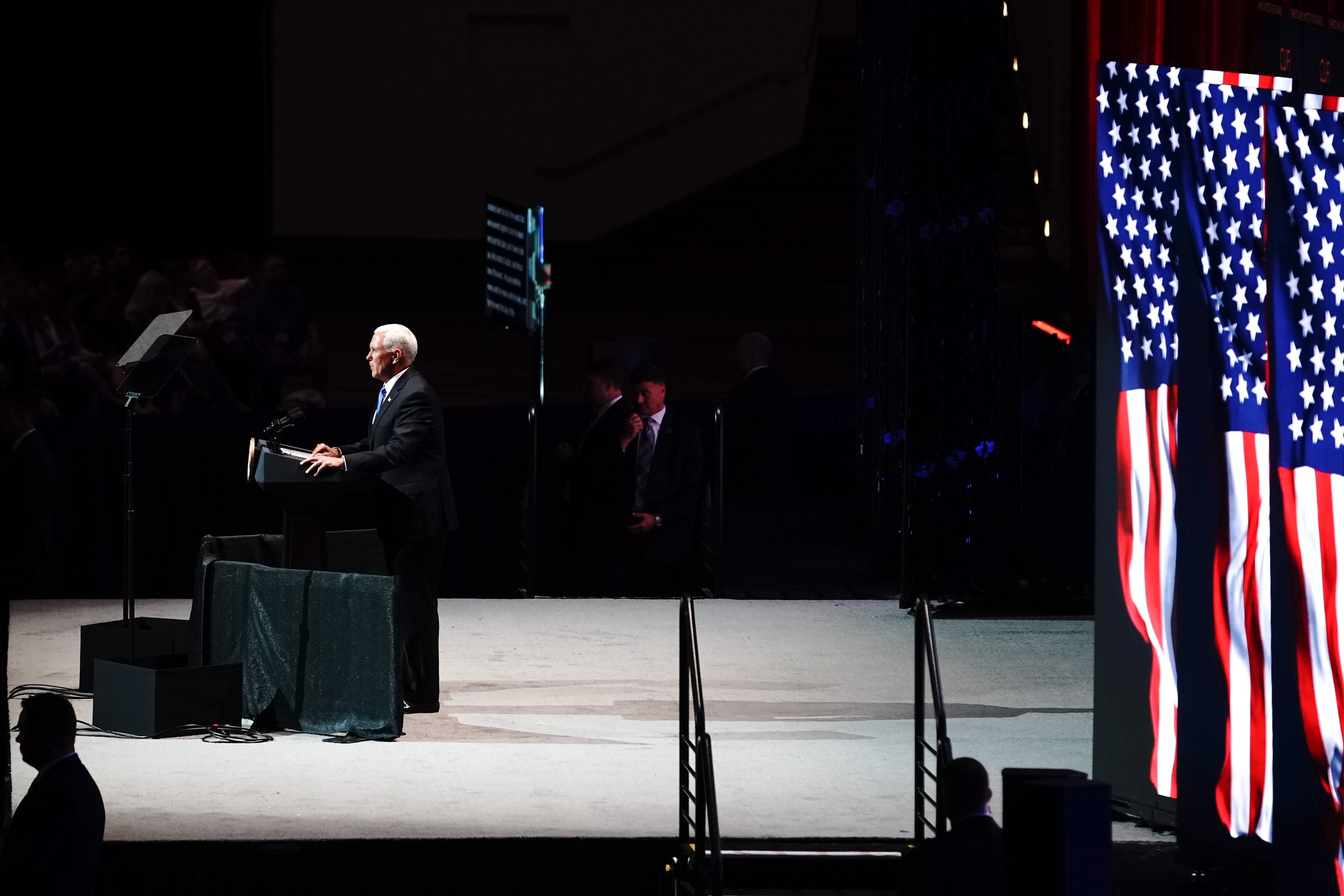 There is no doubt where Pompeo, Bolton and Pence stand on Iran. On July 8 all three spoke in bellicose words and tones about the threat to the United States from Iran to the convention of the Christians United for Israel (CUFI) headed by mega-evangelical preacher John Hagee.

For Pence, it was the longest foreign policy address of his term as vice president.  “Let me be clear,” he said, “Iran should not confuse American restraint with a lack of American resolve … we hope for the best, but the United States of America and our military are prepared to protect our interests and protect our personnel and our citizens in the region … and we will never allow Iran to obtain a nuclear weapon.”

Pompeo who in March 2019 said that God may have sent Trump to save Israel from Iran, continued his lambasting of Iran at the conference as did Bolton.

“We write to you to express our deep concern with the current escalation with Iran in the Arabian Gulf…  A war with Iran, either by choice or miscalculation, would produce dramatic repercussions in an already destabilized Middle East and drag the United States into another armed conflict at immense financial, human, and geopolitical cost…. As President and Commander-in-Chief, you have considerable power at your disposal to immediately reduce the dangerous levels of regional tension.

“Crisis de-escalation measures should be established with the Iranian leadership at the senior levels of government as a prelude to exploratory diplomacy on matters of mutual concern. The protection of U.S. national interests in the Middle East and the safety of our friends and allies requires thoughtful statesmanship and aggressive diplomacy rather than unnecessary armed conflict.

“As national security professionals with extensive careers in the U.S. armed forces and diplomatic service, we have witnessed first-hand how quickly disputes can spiral out of control.  The lack of direct communication between U.S. and Iranian political and military leaders during a time of heightened rhetoric only increases the possibility of a miscalculation resulting in unintended military conflict.  Washington and Tehran are talking past each other and taking actions the other views as dangerously provocative at best and the beginning of forceful action at worst.”

On July 9, at a press conference on Capitol Hill at the United Methodist Building, six religious leaders led by Jim Wallis of Sojourners announced that 200 American church leaders had signed an extensive statement and “a clear and emphatic NO to a war with Iran. Diplomacy is the effective and necessary alternative to what would be a disastrous and indefensible war.’

In “Back From The Brink,” those faith leaders call for diplomacy, not war, with Iran. They wrote that “a United States war with Iran would be an unmitigated disaster, morally and religiously indefensible.” They called on U.S. faith leaders “to rise up, and…demand that our political leaders seek real diplomatic and humanitarian solutions to the current crisis and refrain from military confrontation with Iran.” 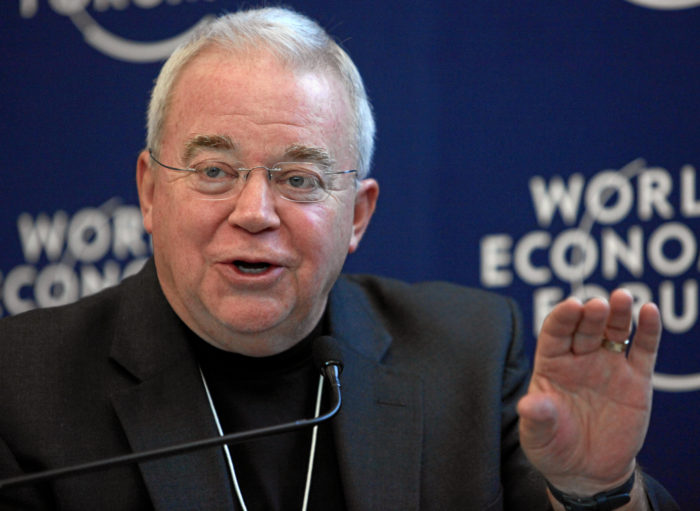 Wallis and the others also called on Iran to “repudiate terrorism and not increase uranium enrichment.” They said that a war would have disastrous human and environmental consequences, would be strategically unnecessary, and would lead to regional destabilization, increased terrorism, and unsustainable financial burdens. They pointed to the toll of the war in Iraq. “Since the start of the war in Iraq, the cost of wars in the Middle East has been almost $6 trillion and 500,000 lives lost.”

Reminding political leaders of the “failed policies of the past,” the religious leaders called preventing another costly and unjust U.S. war in the Middle East, a moral imperative.”

The statement called for three steps to prevent war- a different approach.

No. 1.    The United States should offer to return immediately to the Iran nuclear deal and use the resulting discussions with Iran to engage in an effective diplomatic process for enhancing regional security, including calling on the  United Nations and governments in Europe to create a new forum for diplomacy with Iran that could help restore the positive momentum created by the Iran deal and address the roots of the current confrontation, some of which were not covered in the agreement.

No. 2.    The United States should end its policy of harsh and punitive trade sanctions against the Iranian people. Some targeted sanctions may be appropriate to counter Iranian support for armed militancy and weapons proliferation in the region, but these measures should be multilateral in nature and targeted against Iranian officials, not against the entire economy or the general population.

No. 3.    If necessary, establish safeguards for commercial shipping in the Gulf. The international naval patrols that have helped to stem piracy off the coast of Somalia may provide a model. This would require agreement from multiple countries and a willingness by the United States to cooperate with other states in coordinated operations.

In a July 8, 2019, op-ed  in The New York Times, “Here’s How to Stop War With Iran,” Nobel Peace Laureates Shirin Ebadi, from Iran, and Jody Williams, from the United States, provided a comprehensive analysis of the U.S.-Iran standoff.

“Iran wants its economic sanctions lifted. The United States wants an assurance that Iran will not acquire nuclear weapons. It is time to talk…The Trump administration’s maximum-pressure policy has brought us to the cliff of an armed confrontation and further inflamed the Gulf region. Although Tehran is far from producing a nuclear weapon, a failed agreement with Washington could lead it to pursue its nuclear program more aggressively. This could set a dangerous global precedent, potentially leading to unregulated proliferation of nuclear weapons.”

“Iran wants its economic sanctions lifted. The United States wants, at the minimum, an assurance that Iran will not acquire nuclear weapons. Wisdom dictates that the United States and Iran commit to an agreement that addresses these mutual concerns.  On Wednesday, President Rouhani had made it clear that Tehran’s measures were fully reversible: ‘All of our actions can be returned to the previous condition within one hour.’ His statement indicates a willingness to negotiate.  Such openings offer a unique opportunity in conflict resolution and must be invested in immediately through expert and wise diplomatic engagement. The United States can reciprocate by committing to dialogue. Pursuing maximum pressure will only lead to greater ‘malign behavior’ on the part of Iran in Iraq, Yemen and Syria.” 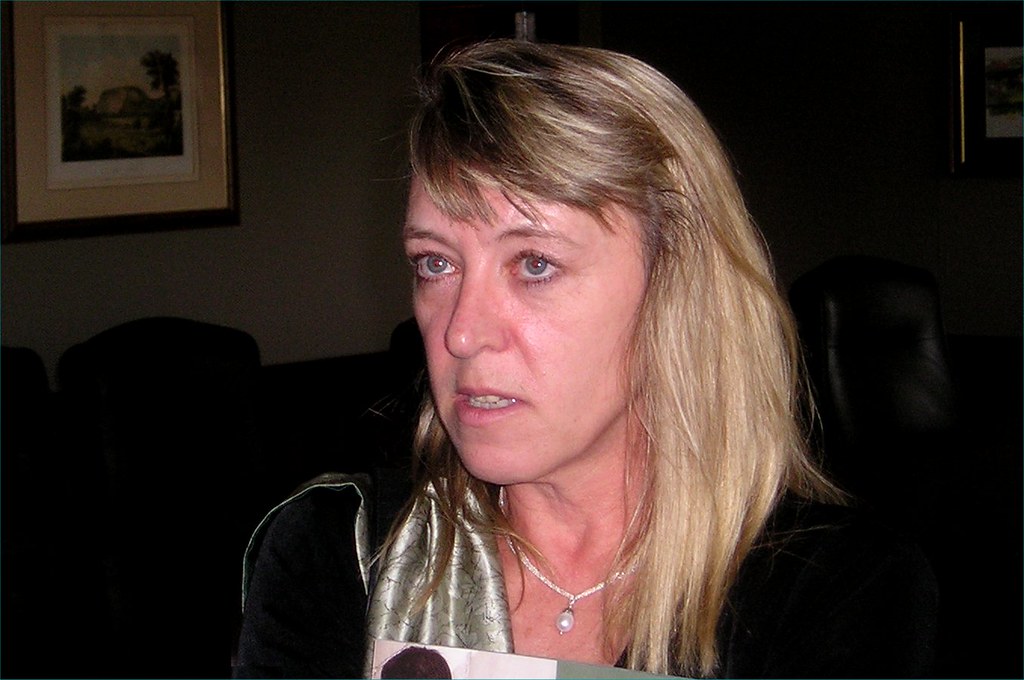 Writing of the unintended consequences of U.S. “maximum pressure” campaign, Obadi and Williams said that:

“A military confrontation would not only endanger those struggling for freedom and democracy but also further damage the Iranian economy, which is already reeling under American sanctions…. Iranians are deeply affected by a currency that has lost 60 percent of its value since the sanctions were reinstated, and concurrent rising unemployment and living costs. The price of food has skyrocketed, making meat and vegetables unaffordable to ordinary people. Meanwhile those closest to the regime profit from the corruption that is fueled by the sanctions.”

Speaking of regional consequences, they write “Beyond Iran’s borders, a United States-Iran conflict will engulf Israel, Iraq, Saudi Arabia, Yemen and Syria and set the already polarized Persian Gulf region on an even more dangerous trajectory.  Of all the countries in the region, Yemen, which faces the most dire humanitarian crisis, continues to be the battlefield between Iran-backed Houthi rebels and the Saudi- and American-backed coalition. An escalation of tensions between the United States and Iran is endangering the Yemen peace process and could affect the opening of Red Sea ports and improving aid flows into Yemen.”

Finally they described the effect on the U.S. of another U.S. war:

“The costs are also high for Americans. For years, Iran has been preparing to attack American forces in the Middle East as part of its self-defense strategy. Tehran possesses an agile and sophisticated missile force and is well equipped to challenge American interests and its allies in the region. Ordinary citizens of Iran, Yemen and the United States­ — most of whom are women and children — would pay the highest cost of this avoidable conflict.”

Ebadi and Williams speak for those of us who want dialogue, not war ending their comments with “It is time to bring sanity back to Washington and Tehran and commit to a citizen-centered, maximum-diplomacy approach that protects the fragile equilibrium between our countries.

The call for peace in the region has never been more pressing, the stakes never so high.