A new book attacking the French scholar for his views on Israel and Zionism spurs As`ad AbuKhalil to provide his own assessment.

The French Orientalist Maxime Rodinson was by far one of the greatest scholars on Islam and the Arab world in the 20thcentury (if not ever).  His contributions belie the notion that all Orientalist production can be dismissed as purely ideological (and that was not the contention of Edward Said in his “Orientalism,” all distortions of Said’s work notwithstanding). I, for one, owe a great debt of gratitude to Rodinson for influencing me early on in my conception of, and education in, Middle East studies.  Rodinson wrote the best contemporary biography of the Prophet, and he examined him from a Marxist historical perspective (the book was translated into many languages, including Persian but not Arabic). 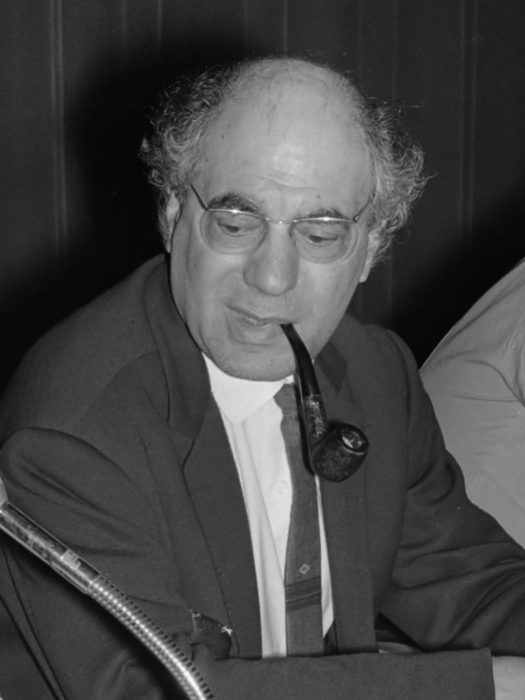 Rodinson’s “Islam and Capitalism” also powerfully debunked classical Orientalist myths about Islam and Muslims (including the thesis of Max Weber about capitalism and Protestantism) by showing that Muslims were able to go around the theoretical theological ban on usury in their financial transactions. Later, in “Europe and the Mystique of Islam,” Rodinson introduced the notion of “theologocentrism” to critically characterize the Western school of thought in academia that attributes all observable phenomena among Muslims to matters of theology.  Furthermore, refreshingly, Rodinson paid attention to Arab leftism and wrote about Lebanese and Syrian communists who he knew well in the seven years he spent between Syria and Lebanon during and after World War II.

Attention to Rodinson is prompted by the publication of Susie Linfield’s “The Lions’ Den: Zionism and the Left from Hannah Arendt to Noam Chomsky.”  The author is a professor of journalism at NYU and has no background in Middle East studies.  Yet, she uses her platform to launch an attack on critics of Israel and Zionism and situate them in the category of self-hating Jews.  But her method of handling Rodinson is not even honest: she accuses the author (who lost his parents in Auschwitz) of not talking about his Jewish background or even about Nazi atrocities when, in fact, he spoke at length about such matters.  She even accuses Rodinson of being silent about the crimes of Arab governments and misdeeds of the PLO when he was a harsh critic of them both.  And she makes up a story that Rodinson was accused by Arabs of “lacking respect for Islam (and worse)” without providing any evidence. Rodinson remains highly respected in the Arab world. 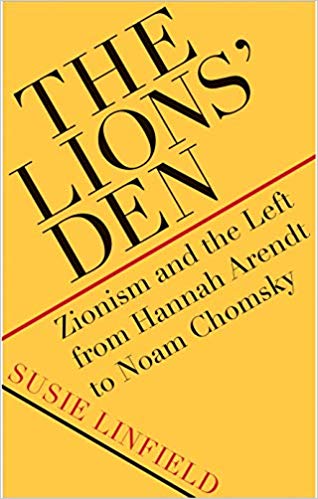 Rodinson was born to Jewish communist parents (his father played chess with Leon Trotsky), who were fierce anti-Zionists.  He grew up in a secular atheist family, and that rankled Linfield, who considered it a disqualifier in his writings on Palestine. Not identifying with an ancestral religion is anyone’s right, including Rodinson who became a communist early in his youth.  He also developed a keen interest in languages and Middle East studies.  Rodinson never tried to ignore the Palestinian question: in the West, talking about the Palestinian question from a non-Zionist, or anti-Zionist, perspective can result in enormous pressures and negative consequences.  To this very day, many Western academics choose to either champion Zionism or to ignore the Arab-Israeli conflict altogether (many of the Western academics who feigned concern for the Syrian people in recent years had never written or said a word about Palestinians).

‘Most Famous Anti-Zionist in France’

Rodinson became (in his own words) “the most famous anti-Zionist in France” (“Cult, Ghetto, and State,” p. 23).  His piece for Jean-Paul Sartre’s Les Temps Modernes in 1967 made Rodinson a target of Zionist forces worldwide.  His article (later published as a book, including in Arabic) was titled “Israel: A Colonial-Settler State?”  While Rodinson answered his question in a sophisticated argument in the affirmative, he qualified the answer with an attempt to provide Israeli founding with extenuating circumstances. In other words, Rodinson’s stance on the Palestinian question was not as radical as it was reputed to be although his arguments about the nature of the Zionist project were quite radical — and accurate.

Linfield finds Rodinson’s characterization of anti-Semitism among Arabs to be apologetic, while he was clearly critical of the plight of non-Muslims under Muslim rule historically.  But Rodinson lived among the Arabs, and was accepted by them, in the 1940s, when Jews (regardless whether they were practicing or not) were being exterminated in Europe.  Rodinson knows more about Arab attitudes toward Jews than Linfield. Rodinson rightly pointed out that the creation of Israel triggered the rise of anti-Semitism among Arabs and resulted in the translation of some Western works of anti-Semitism (even Bernard Lewis concedes that Arab anti-Semitism is political). 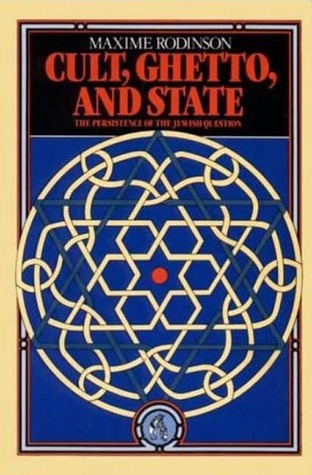 In May 1972, Rodinson gave an interview to Shu`un Filastiniyyah in which he gave an accounting of his views of the conflict (it was reprinted in “Cult, Ghetto, and State”).  In that interview, Rodinson (commenting on a remark by the late professor Ismail Faruqi to the effect that a Zionist state is objectionable even if it was established on the moon) said that he would not object to a Jewish state on the moon.  But should not a secular Marxist object to any state with a religious identify and which is founded on the principle of the juridical supremacy of one religious group over others?  Rodinson’s point was to remind readers that his objection to the Jewish state was not in principle but was due to the displacement of the native Palestinian population and the harm that Israel has inflicted on them.

Having said that, Rodinson in his book, “Israel: A Colonial-Settler State,” does not shy away from answering in the affirmative. The extenuating circumstances that he provides to the Zionist argument are that: No. 1) the immigration of Jews from Europe due to Nazi crimes was a matter of survival; No. 2) the socialist character of the Yishuv; No. 3) he talks about the sale of land to the Jews and says that it was “to the benefit of the seller and the agricultural development of the country” (p. 87).

Furthermore, the question of land sale is not really salient to the discussion of the creation of Israel because Israel became a Jewish state by force and not by legal transactions (the percentage of land sold to the Jews was minuscule in comparison to the forced theft of Palestinian land).

Finally, the socialist character of the Yishuv should be irrelevant to a discussion of a colonial subjugation of a people: what does it matter to the victims if their oppressors and killers were socialist or capitalists?  (This while the socialist character of the Yishuv has been highly exaggerated and the experiment ended in an ultra-capitalist state, and Western socialists have never been free of racism and prejudice). Zionists began to abuse the natives and practice discrimination against them from early on. (The ideal of “Hebrew labor” referred to the deliberate exclusion of Arab workers from Jewish enterprises). 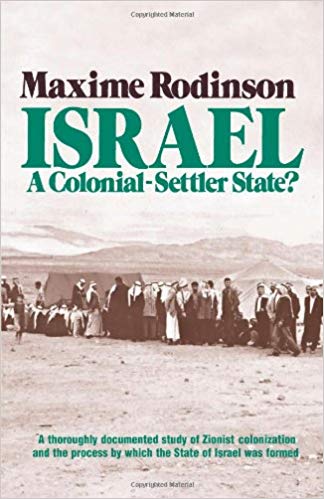 Rodinson makes a strong case against Israel but then provides weak solutions that are not commensurate with the crimes that he helped expose.  While he says that Arabs should determine the outcome of the struggle themselves, he advises against military solutions.  How did history treat those who called on the French living under Nazi occupation (or blacks under Apartheid South Africa) to practice pacifism?

Rodinson maintains that there are two distinct communities in Palestine that have to be represented in two separate political entities, i.e. two-state (non-solution).  It is ironic that Rodinson’s powerful refutation of Zionist claims concludes with a weak call for Palestinian accommodation of Zionist occupation over 78 percent of historic Palestine. But Rodinson also said (in “Israel and the Arabs”): “On the other hand, a total victory for the Arabs some day is not out of the question.  Israel’s military superiority will not last forever, or, at least, will not be absolute forever” (p. 352).  If only Rodinson had been around to watch the Israeli humiliation in South Lebanon in 2006.

45 comments for “THE ANGRY ARAB: Maxime Rodinson & the Palestinian Question”