Half of the responders to an innovative new survey of 3,000 Americans conducted by the Bulletin of the Atomic Scientists and the British research firm YouGov reported that they would support a nuclear strike against North Korea if it tested a long-range missile capable of reaching the continental United States. A third said they’d actually prefer such a strike over other hypothetical responses.

“For example, while ‘only’ 33 percent of the U.S. public prefer a U.S. preventive nuclear strike that would kill 15,000 North Koreans, 50 percent approve,” the report reads.

The study found little change in preference for a preemptive nuclear strike whether the hypothetical scenario offered to respondents entailed the death of 15,000 North Korean civilians or one million. Preferences for a preemptive strike only dropped when the hypothetical scenario reduced the probability of success (meaning elimination of North Korea’s nuclear retaliatory capabilities) was reduced from ninety to fifty percent. 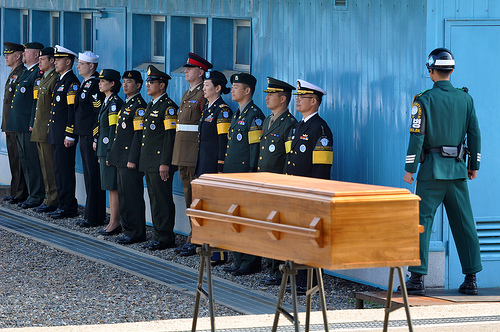 The survey found a large knowledge deficit in responders regarding nuclear weapons, with a majority reporting an unrealistic amount of confidence in both the U.S. military’s ability to eliminate all of North Korea’s nuclear arsenal in a preemptive strike and in its ability to shoot down North Korean missiles using current missile defense systems. This inaccurate perspective was significantly higher among supporters of President Donald Trump.

While the study found that a majority of Americans would prefer to de-escalate against North Korea if given the choice, a jarring number of them would be willing to use nuclear weapons at the drop of a hat, and believe it’s possible to do so at relatively little risk to Americans.

“As we have previously found, the U.S. public exhibits only limited aversion to nuclear weapons use and a shocking willingness to support the killing of enemy civilians,” write the report’s authors.

Why Expect Anything Else?

And really, why would we expect anything else? After all, Americans are taught the lie since they are children that their nation, the only nation ever to use nuclear weapons, did so with the goal of bringing a quick and painless end to a horrible world war. Like so much else, this ultimately boils down to the effects of propaganda.

“Most Americans have been taught that using atomic bombs on Hiroshima and Nagasaki in August 1945 was justified because the bombings ended the war in the Pacific, thereby averting a costly U.S. invasion of Japan,” reads an excellent 2016 LA Times article on this subject by Oliver Stone and Peter Kuznik. “This erroneous contention finds its way into high school history texts still today.”

In reality, the sole purpose of dropping nuclear weapons on Hiroshima and Nagasaki in 1945 was not to end the war, but to show the rest of the world in general and the Soviets in particular that the United States had both the capability and the savagery to wipe out any city in the world with a single bomb. The war, in fact, had already been won, and the Japanese were already on the brink of surrender as the fearsome Soviet forces entered into the war in the Pacific. The narrative that the use of nuclear bombs was a tragic but necessary means to end World War II is a lie that the U.S. has used its cultural hegemony to circulate around the world, much like the lie that America was mostly responsible for Germany’s defeat and not the U.S.S.R. 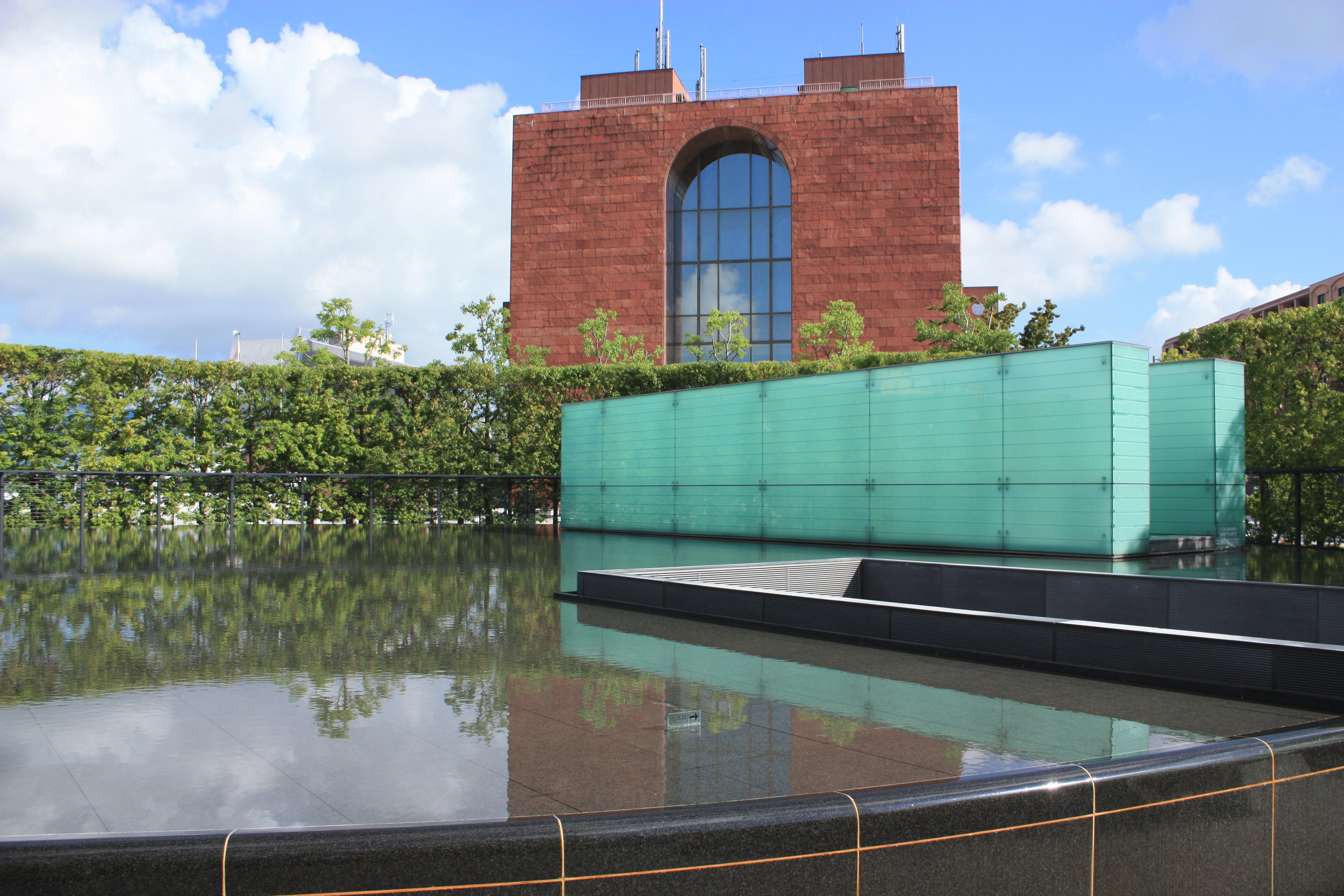 I always get a lot of pushback from Americans when I point to this, not because I don’t have facts on my side but because it’s so glaringly different from the dominant narratives that Americans are spoon fed in school. If you don’t believe me, read the aforementioned LA Times article titled “Bombing Hiroshima changed the world, but it didn’t end WWII,” or this article from The Nation, or this one from Mises Institute.

Seriously, read the articles if this is upsetting you. This is an established fact to which contemporary generals at the time have attested. The uncomfortable feeling you’re experiencing upon reading this is called cognitive dissonance. It’s what learning you’ve been lied to your whole life feels like.

This report on the American public’s widespread ignorance of and indifference to the consequences of nuclear weapons use comes shortly after the U.S. Joint Chiefs of Staff briefly published and then removed from public access an update on their position on the use of nukes which contains the alarming line, “Using nuclear weapons could create conditions for decisive results and the restoration of strategic stability. Specifically, the use of a nuclear weapon will fundamentally change the scope of a battle and create conditions that affect how commanders will prevail in conflict.”

So the people responsible for forming America’s nuclear strategies believe using nuclear weapons is not just acceptable, but potentially beneficial. The mass media have been completely ignoring this horrifying revelation, and the public are too awash in disinformation to do anything about it themselves. 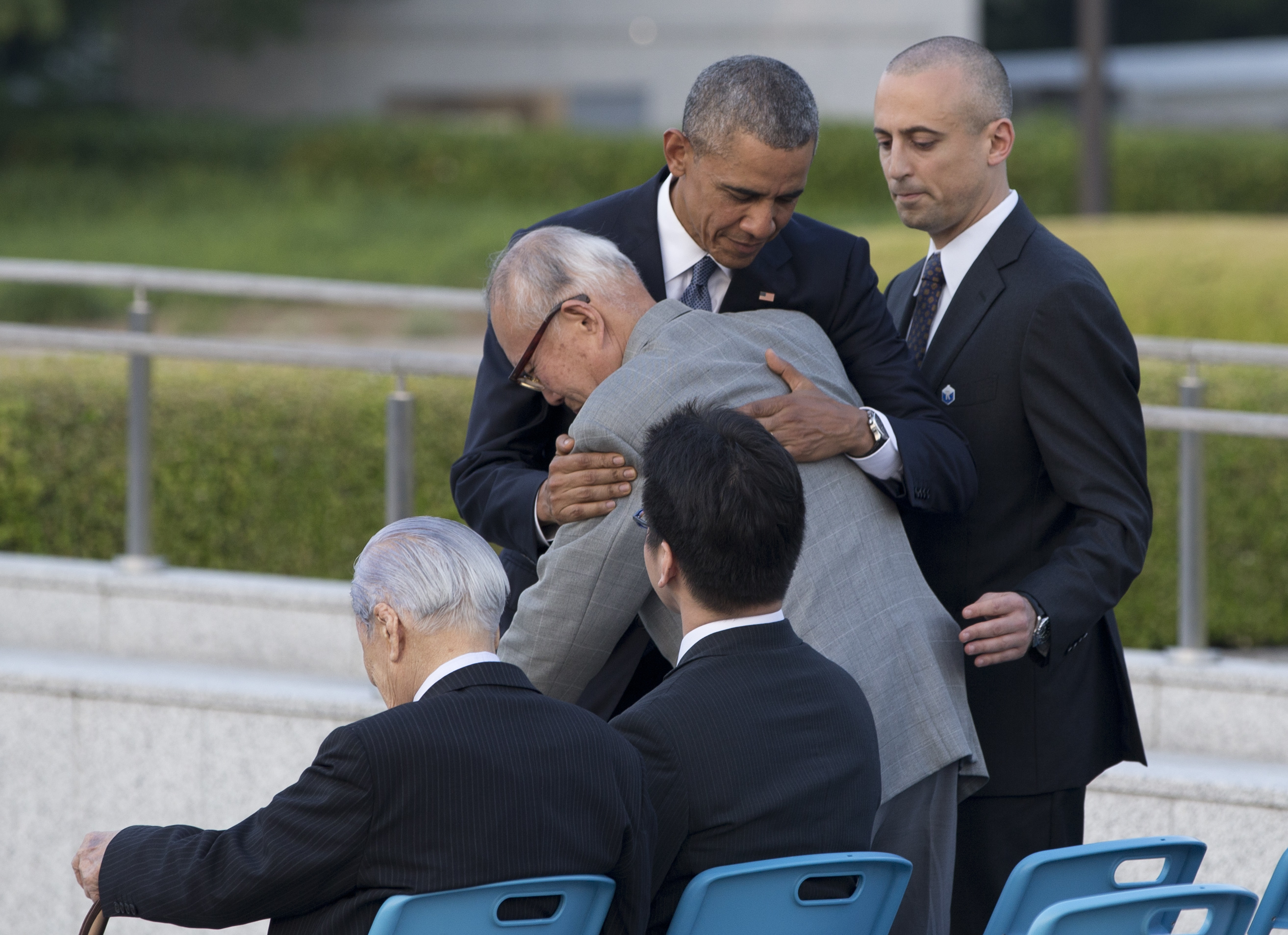 As tensions continue to escalate between nuclear powers around the world while the faltering U.S. empire becomes increasingly desperate to maintain its global hegemony, human extinction via nuclear annihilation is just as real a possibility as it was at the height of the last Cold War.

But it isn’t just the use of nuclear weapons which threatens us. Their very existence warps us as a species. In her book “The Algebra of Infinite Justice,” Arundhati Roy writes:

“It is such supreme folly to believe that nuclear weapons are deadly only if they are used. The fact that they exist at all, their very presence in our lives, will wreak more havoc than we can begin to fathom. Nuclear weapons pervade our thinking. Control our behaviour. Administer our societies. Inform our dreams. They bury themselves like meathooks deep in the base of our brains… The nuclear bomb is the most anti-democratic, anti-national, anti-human, outright evil thing that man has ever made. Through it, man now has the power to destroy God’s creation.”

This needs to change. And it won’t be changed by those in power who benefit from the status quo. Humanity itself must awaken from the propaganda cages which have been built around our minds so that the people can use the power of their numbers to force a change. The time to wake up is now.

This article was re-published with permission from CaitlinJohnstone.com