The party is being dragged into the modern world by Corbyn’s anti-racist leadership towards Palestinians, writes Jonathan Cook.

An announcement this week by the Jewish Labour Movement that it is considering splitting from the British Labour Party could not have come at a worse moment for Jeremy Corbyn. The Labour leader is already besieged by claims that he is presiding over a party that has become “institutionally anti-Semitic.”

The threats by the JLM should be seen as part of concerted efforts to oust Corbyn from the leadership. They follow on the heels of a decision by a handful of Labour MPs last month to set up a new faction called the Independent Group. They, too, cited anti-Semitismas a major reason for leaving.

On the defensive, Corbyn was prompted to write to the JLM expressing his and the shadow cabinet’s “very strong desire for you to remain a part of our movement”. More than 100 Labour MPs, including members of the front bench, similarly pleaded with the JLM not to disaffiliate. They apologized for “toxic racism” in the party and for “letting our Jewish supporters and members down.” 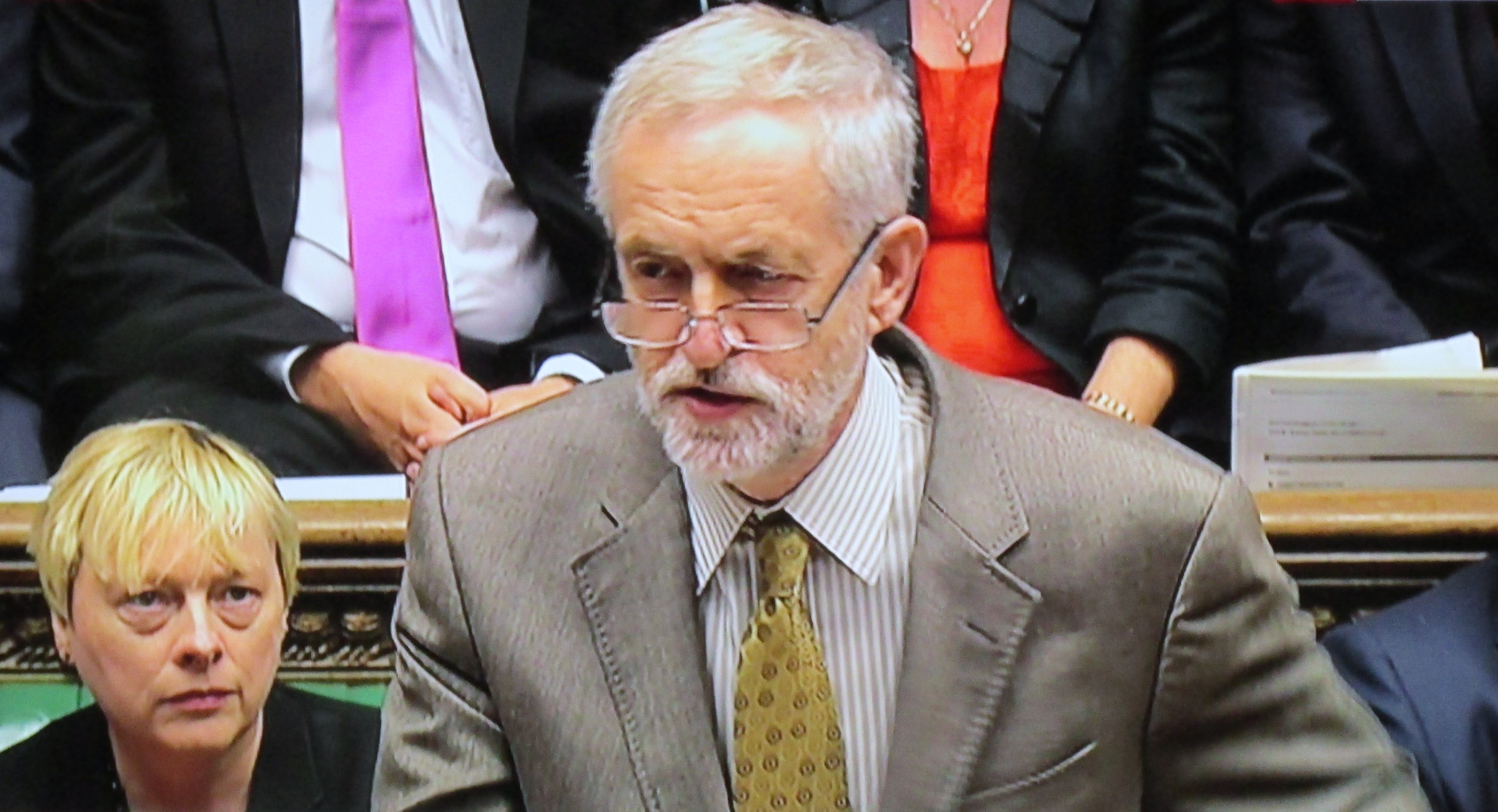 Their letter noted that the JLM is “the legitimate and long-standing representative of Jews in the Labour party” and added that the MPs recognized the importance of “calling out those who seek to make solidarity with our Jewish comrades a test of foreign policy.”

That appeared to be a swipe at Corbyn himself, who is the first leader of a British political party to prioritize Palestinian rights over the U.K.’s ties to an Israeli state that has been oppressing Palestinians for decades.

Just this week the Labour leader renewed his call for Britain to halt arms sales to Israel following a UN report that said the Israeli army’s shooting of Palestinian protesters in Gaza’s Great March of Return could amount to war crimes.

Despite the media attention, all the evidence suggests that Labour does not have a problem of “institutional anti-Semitism,” or even a problem of anti-Semitismabove the marginal racism towards Jews found in the wider British population. Figures show only 0.08 percent of Labour members have been disciplined for anti-Semitism.

Also largely ignored by the British media, and Corbyn’s opponents, is the fact that a growing number of Jews are publicly coming out in support for him and discounting the claims of an “endemic” anti-Semitismproblem.

Some 200 prominent Jews signed a letter to The Guardian newspaper calling Corbyn “a crucial ally in the fight against bigotry and reaction. His lifetime record of campaigning for equality and human rights, including consistent support for initiatives against antisemitism, is formidable.”

At the same time, a new organization, Jewish Voice for Labour, has been established to underscore that there are progressive Jews who welcome Corbyn’s leadership.

In the current hysterical climate, however, no one seems interested in the evidence or these dissenting voices. It is, therefore, hardly surprising that Corbyn and his supporters are on the back foot as they face losing from Labour an affiliate group of 2,000 members who represent a section of the UK’s Jewish community.

But paradoxically, the loss of the JLM may be inevitable if Labour is serious about becoming a party that opposes racism in all its forms, because the JLM has proved it is incapable of meeting that simple standard.

While the Labour Party has been dragged into an increasingly fractious debate about whether anti-Zionism – opposition to Israel as a Jewish state – equates to anti-Semitism, everyone has been distracted from the elephant in the room. In fact, it is political Zionism, at least in the hardline form adopted by groups such as the JLM, that is racism — towards Palestinians.

Zionism, we should recall, required the ethnic cleansing of 750,000 Palestinians to engineer a “Jewish state” on the ruins of Palestinians’ homeland. It fueled Israel’s hunger for an enlarged territory that led to it occupying the West Bank, Gaza and East Jerusalem, and further dispossessing the Palestinians through illegal settlement building. 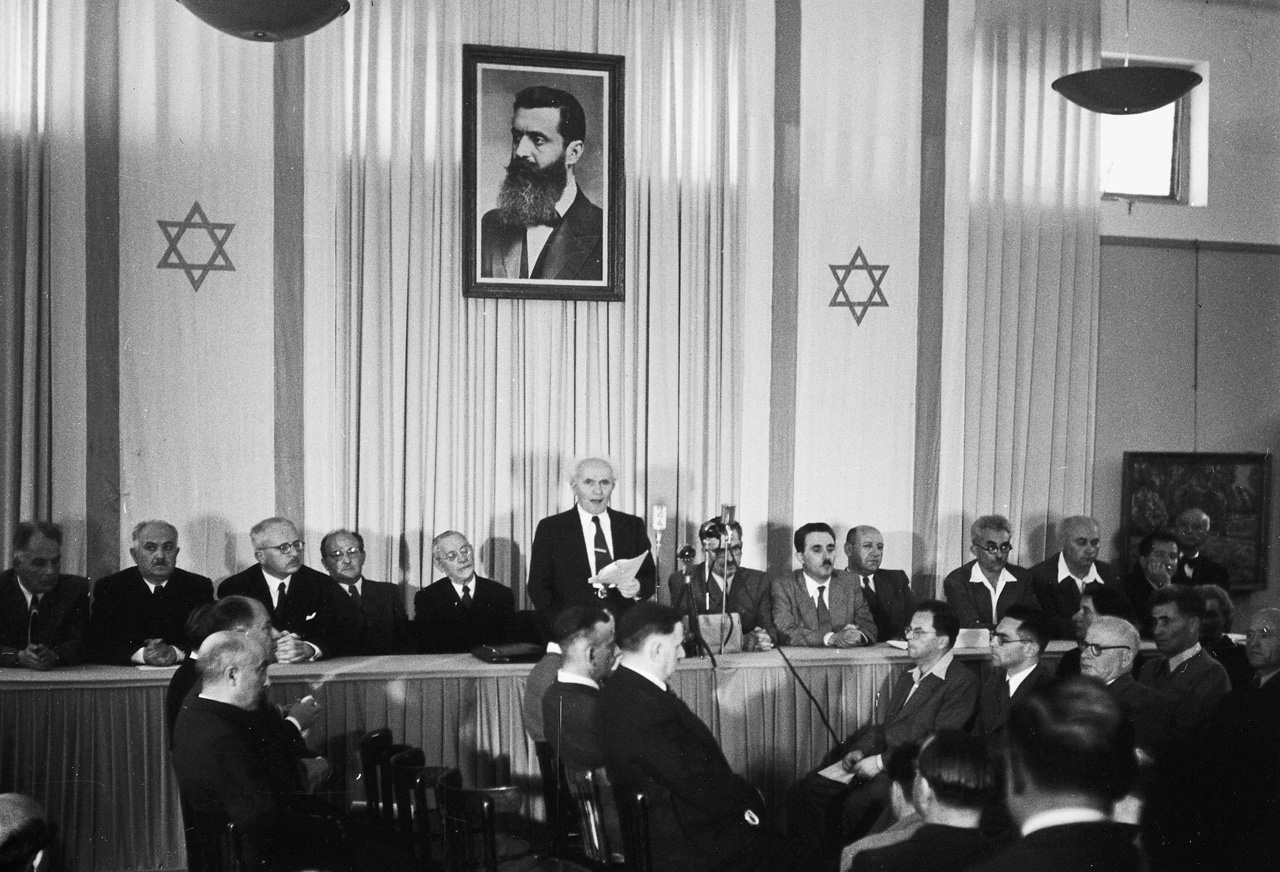 David Ben-Gurion publicly pronouncing the Declaration of the State of Israel, May 14 1948, Tel Aviv. (Wikimedia)

Zionism has made it impossible for any Israeli government to offer meaningful concessions to Palestinians on statehood to create the conditions necessary for peace. It has justified policies that view “mixing between the races” – between Jews and Palestinians – as dangerous “miscegenation” and “assimilation.”

Furthermore, Zionism has kept Israel’s Palestinian citizens a segregated minority, hemmed up in their own ghettoized communities, denied rights to almost all land in Israel, and corralled into their own separate and massively inferior school system.

All of these policies were instituted by Israel’s Labor Party, the sister organization of the JLM in Britain. The JLM not only refuses to oppose these policies, but effectively shields Israel from criticism about them from within Britain’s Labour Party.

The JLM has remained mute on the structural violence of Israel’s occupying army, and the systematic racism – encoded in Israel’s laws – towards the fifth of its population who are Palestinian citizens.

Meanwhile, the JLM’s mother body, the World Zionist Organization, has a division that – to this day – finances the establishment and expansion of settlements in the West Bank, in violation of international law.

Added to this, an Al Jazeera undercover documentary broadcast in 2017 showed that the JLM was covertly working with an Israeli government official, Shai Masot, to damage Corbyn because of his pro-Palestinian positions.

Israel, remember, has for the last decade equated to the ultra-nationalist government of Benjamin Netanyahu. His coalition allies seek not a two-state solution, but the takeover of most of the occupied territories and ultimately their annexation, again in violation of international law.

Ella Rose was appointed director of the JLM in 2016, straight from a post at the Israeli embassy.

Times – and politics – move on. The JLM is a relic of a period when it was possible to claim to be anti-racist while turning a blind eye to the oppression of the Palestinian people. Social media and Palestinians armed with camera phones – not just Corbyn – have made that evasion no longer possible.

Labour giving pride of place to groups such as the JLM or Labour Friends of Israel – to which 80 of its MPs proudly belong – is, in the current circumstances, as obscene as it would have been 40 years ago for British parties to host their own Friends of South Africa groups.

The Labour Party bureaucracy is being dragged, kicking and screaming, into the modern world by its members, who have felt liberated by Corbyn’s leadership and his history of supporting all kinds of anti-racism struggles, including the Palestinian one.

While Britain has major and pressing issues to tackle, from dealing with its exit from Europe to imminent climate collapse, Labour’s energies have been sidetracked into a civil war about Israel, of all things.

The old guard want to be allowed to support Israel, even as it heads towards full-blown fascism, while much of the membership want to dissociate from what looks increasingly like another apartheid state – and one whose leaders are seeking to stoke conflict across a volatile region.

Israel’s most ardent supporters, and Corbyn’s enemies, in Labour will play dirty to protect Israel and their own role from scrutiny, as they have been doing all along.

The JLM led moves last year intended to divide the party by insisting that Labour redefine anti-Semitism to include criticism of Israel.

Rumblings of dissatisfaction from the JLM will be cited as further evidence of the membership’s anti-Semitism, because that is the most powerful weapon they have to silence criticism of Israel and deflect attention away from their role in shielding Israel from proper scrutiny within Labour.

Politics is about choices and values. Labour has for many decades sided exclusively with Israel and ignored the rights of Palestinians.

In 1944 – four years before Israel’s creation – Labour’s annual conference recommended that the natives of Palestine, a large majority population, be ethnically cleansed to advance the goals of European Zionists colonizing their land. The resolution declared: “Let the Arabs be encouraged to move out, as the Jews move in.” 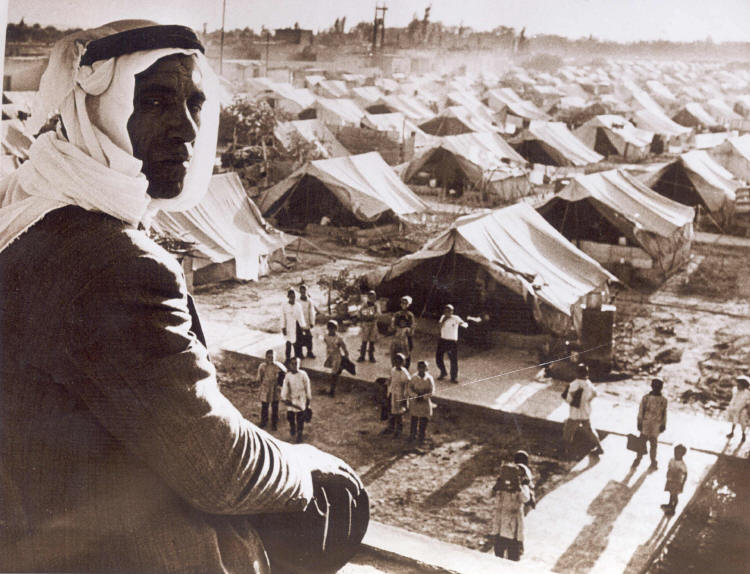 That is exactly what Israel did by expelling 750,000 Palestinians, more than 80 percent of the Palestinian population, in events we now call the Nakba (Catastrophe).

For decades after Israel’s creation, Labour Party members happily travelled to Israel to toil in agricultural communes, such as the kibbutz, that were built on stolen Palestinian land and which, to this day, refuse to allow any of the country’s 1.7 million Palestinian citizens to live in them.

In a speech in 1972, after Israel seized yet more Palestinian lands, including East Jerusalem, Labour leader Harold Wilson urged Israel to hold on to these conquered territories: “Israel’s reaction is natural and proper in refusing to accept the Palestinians as a nation.”

This is the dark, dishonorable underbelly of Labour racism, and the party’s decades-long support for colonialism in the Middle East.

Labour created a hierarchy of racisms, in which concern about hatred towards Jews enjoyed star billing while racism towards some other groups, most especially Palestinians, barely registered.

Under Corbyn and a much-expanded membership, these prejudices are being challenged in public for the first time – and that is justifiably making the party an “unsafe” space for groups such as the JLM and Labour Friends of Israel, which hang on to outdated, hardline Zionist positions.

The JLM’s claim to speak for all Jews in Labour has been challenged by anti-racist Jews like those of the Jewish Voice for Labour. Their efforts to defend Corbyn and Labour’s record have been widely ignored by the media or, encouraged by JLM, dismissed as “downplaying” anti-Semitism.

The JLM’s discomfort may be unfortunate, but it cannot be avoided. It is the price to be paid for the continuing battle by progressives to advance universal rights and defeat racism. This battle has been waged since the Universal Declaration of Human Rights was published in 1948 – paradoxically, the year Israel was established by violating the core principles of that declaration.

Israel’s racism towards Palestinians has been indulged by Labour for too long. Now history is catching up with Israel, and with groups such as the JLM.

Labour MPs have a choice. They can stand on the wrong side of history or they can recognize that it is time to fully enter the modern era – and that means embracing a program of anti-racism that encompasses everyone, including Jews and Palestinians.