That ratio is symptomatic of negative trends at the major networks, writes Jim Lobe.

The ongoing war in Yemen, called the world’s “worst humanitarian disaster” by the United Nations and independent aid agencies since early last year, received a grand combined total of 20 minutes of coverage on the ABC, NBC, and CBS weekday evening news programs in 2018.

That compared to a total of 71 minutes that the three major networks devoted to the British royal wedding and a combined total of 100 minutes dedicated to the rescue of a dozen young cave explorers from flooding in Thailand, according to the latest annual compilation by the authoritative Tyndall Report.

By contrast, the brutal murder of Washington Post columnist Jamal Khashoggi in the Saudi consulate in Istanbul in September received a total of 116 minutes of coverage by the three networks, making it one of the very few foreign-based stories to make it into the top 20 most-covered network news events in 2018. 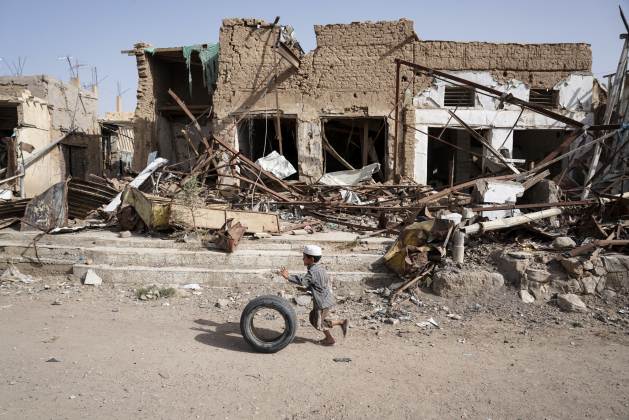 Although the Thai cave rescue was clearly a dramatic, emotional and easily accessible story of the kind that lends itself very well to television news, the number of lives at stake were a tiny fraction of those estimated to have been killed in Yemen (50,000-80,000 combatants and non-combatants), not to mention the deaths of well over 100,000 more civilians, including at least 80,000 children under the age of 5 who have succumbed to malnutrition or disease.

The lack of coverage of the Yemen disaster is symptomatic of negative trends regarding foreign news coverage by the major networks, which together remain the biggest single source of international news in the United States

Some 360,000 children there are currently suffering from severe acute malnutrition, while some 20 million Yemenis are unable to “reliably feed themselves or their families [and] almost 10 million are just one step away from famine,” UN Secretary-General Antonio Guterres said last week. The latter figure amounts to nearly half the population of the Arab world’s poorest nation.

Overall, the lack of coverage of the Yemen disaster is symptomatic of negative trends regarding foreign news coverage by the major networks, which together remain the biggest single source of international news in the United States. An average of more than 22 million households tune into the nightly newscasts, or about four times the number of those that watch any of the three major cable channels—Fox News, MSNBC, and CNN—on a given evening.

Indeed, this year’s Tyndall Report found that network coverage from overseas fell to the lowest point since its publisher, Andrew Tyndall, began systematically tracking and coding the three weeknight newscasts in 1988. Altogether, foreign datelines accounted for only 7.5 percent of all the news generated by those programs (1,092 minutes out of 14,354 minutes) in 2018. (Each half-hour newscast contains an average of roughly 22 minutes of news content.)

“Foreign bureaus have never been so little used,” noted Tyndall in his latest report. “2018 marked a general abdication of the traditional role of the nightly newscasts, which used to provide a daily summary of major national and international news developments,” he told LobeLog in an email.

“Of particular note,” he added, “the top 30 foreign news stories [covered by the three networks’ newscasts] contained no mention of the two major western hemisphere elections—in Brazil and Mexico—and none of the major crisis in Europe; namely Brexit.” 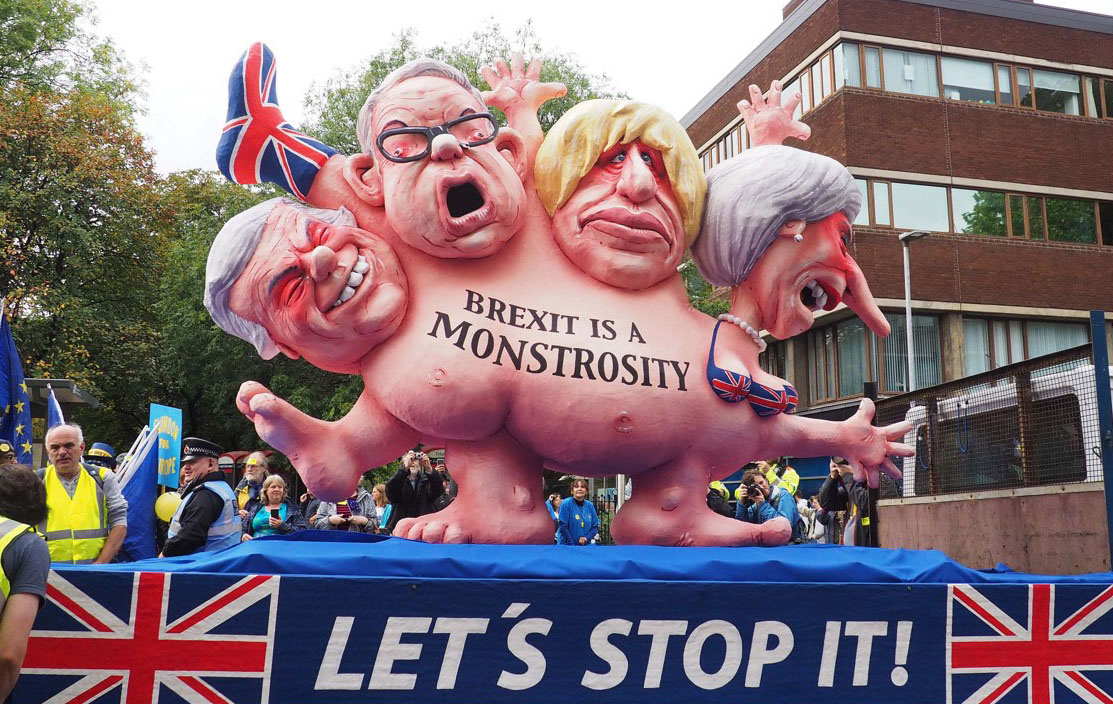 Moreover, he wrote in his email,

the overarching international crisis facing the globe as a whole —climate change — was little covered as such, although its symptoms such as wildfires and hurricanes were presented prominently. These symptoms were confined to their domestic occurrence, however, rather than the manifestations of climate change on a global scale.

I am very pessimistic about the nightly newscasts reforming themselves and ever reverting to their traditional global mission.

Precisely because of its unparalleled reach and the influence of its major sponsors (compared to cable news advertisers), network news has always been designed to appeal to the greatest number of viewers. In important ways, the network news agenda — as shallow, superficial, sensationalistic, and increasingly inward as it is — reveals how Americans see and understand events and trends overseas.

What Did and Didn’t Get Attention

The single most network-covered story of the year, according to Tyndall’s tally, was the nomination and confirmation of Supreme Court Justice Brett Kavanaugh at 426 minutes, followed by the ongoing probes into alleged Russian meddling in the 2016 election (332 minutes).

Three of the next four biggest stories involved extreme weather and its consequences — the California wildfires (242), severe winter weather (234), and Hurricane Florence in the Carolinas (203). Hurricane Michael in Florida was the 11th biggest story (134 minutes). But, as in past years, these reports, totaling over 800 minutes, were focused almost exclusively on the anticipation and immediate impact of these events rather than the possible relationship between them and climate change. 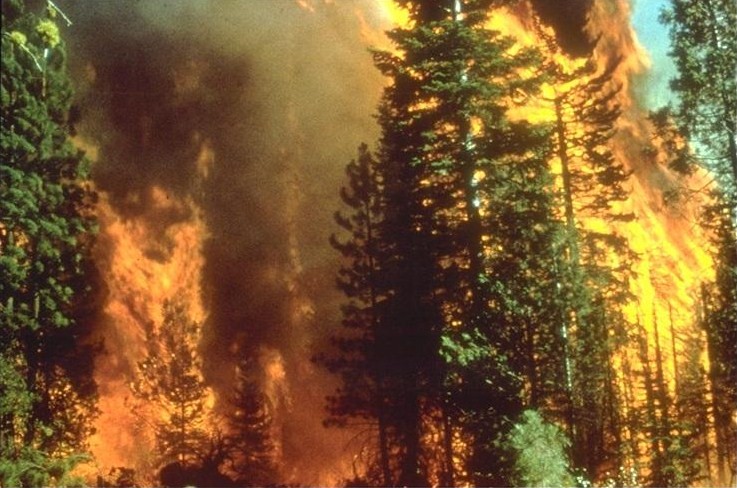 Aside from the Russian investigations, North Korean-U.S. summitry was the top foreign-policy story, clocking in at 212 minutes, making it the year’s fifth-biggest story overall. The detention of migrant children (189) ranked seventh, tied with the Parkland High School mass shooting in Florida, which was followed in turn by coverage of school safety and violence prevention more generally (184). The prosecution of President Trump’s lawyer, Michael Cohen, (164) ranked 1oth, the winding down of the campaign against the Islamic State in Syria (133) ranked 12th,  followed by coverage of the flu season (130) and accusations of partisan bias by the FBI and Khashoggi’s assassination (116 minutes each). Police killings of civilians and the federal budget and deficit (112 each), followed by the Pyeongchang Winter Olympics (111), the Facebook controversy (107), and coverage of the Christmas holiday season (105), rounded out the top 20.

As for foreign stories, all things Russia-related — including the alleged election interference (332), U.S.-Russia diplomacy including the Helsinki summit (92); Russian-British diplomacy and the poisoning of the Russian ex-spy (54); and U.S.-Russian spy-related events (23) — led the pack with a total of 501 minutes, or a little over 3 percent of total nightly newscasts.

The Koreas were the top foreign-policy story: In addition to the 212 minutes devoted to the summit between President Donald Trump and Kim Jong-un, inter-Korean diplomacy accounted for 48 minutes, and North Korea’s nuclear weapons and missile programs for another 42 minutes, bringing the total to just over 300 minutes (or about 2 percent of total programming), not counting the 111 minutes on the Winter Olympics in Pyeongchang.

The Syrian civil war and Trump’s (now-modified) decision to withdraw U.S. troops were the next most-covered foreign-related stories (133), followed by Khashoggi’s assassination (116), the cave rescue in Thailand (100), the royal wedding (71), ongoing fighting in Afghanistan (54), U.S.-China trade frictions (52), and steel and aluminum import tariffs (37).

The Israel-Palestinian conflict, NATO-U.S. diplomacy (notably Trump’s trip to Brussels), and the Iran nuclear deal, including Washington’s withdrawal from it, each earned a grand total of 29 minutes of coverage by the three networks, while the earthquake in Indonesia (26) and the eruption of the volcano in Guatemala (23) gained more than Yemen’s 20 minutes in the network spotlight, one minute more than was devoted to Trump’s quick visit to London and the Lion Air jet crash (19 minutes each).

Hopes among various humanitarian, human-rights, and peace groups that the media’s strong focus on Khashoggi’s killing would draw greater public attention to the catastrophic toll suffered by the civilian population during the 4-year-old Saudi-led campaign against Houthi rebels and their allies in Yemen seem to have been disappointed, according to Tyndall’s findings. Of the total 20 minutes devoted to Yemen in 2018, 13 minutes preceded the Saudi journalist’s death and only seven minutes followed it. The relatively greater (but still pathetic) amount of attention before the September assassination came mostly as a result of dire warnings issued by the UN earlier in the spring. (Of the 20 minutes, CBS accounted for 11, while NBC and ABC split the remainder.)

The lack of media attention to Yemen post-Khashoggi, however, did not translate into congressional indifference. Motivated in major part by a campaign led by the Post itself (as well as other print media), Congress expressed its anger by taking up a series of resolutions that have gained momentum this year to curb U.S. support for the Saudi-led campaign in Yemen. 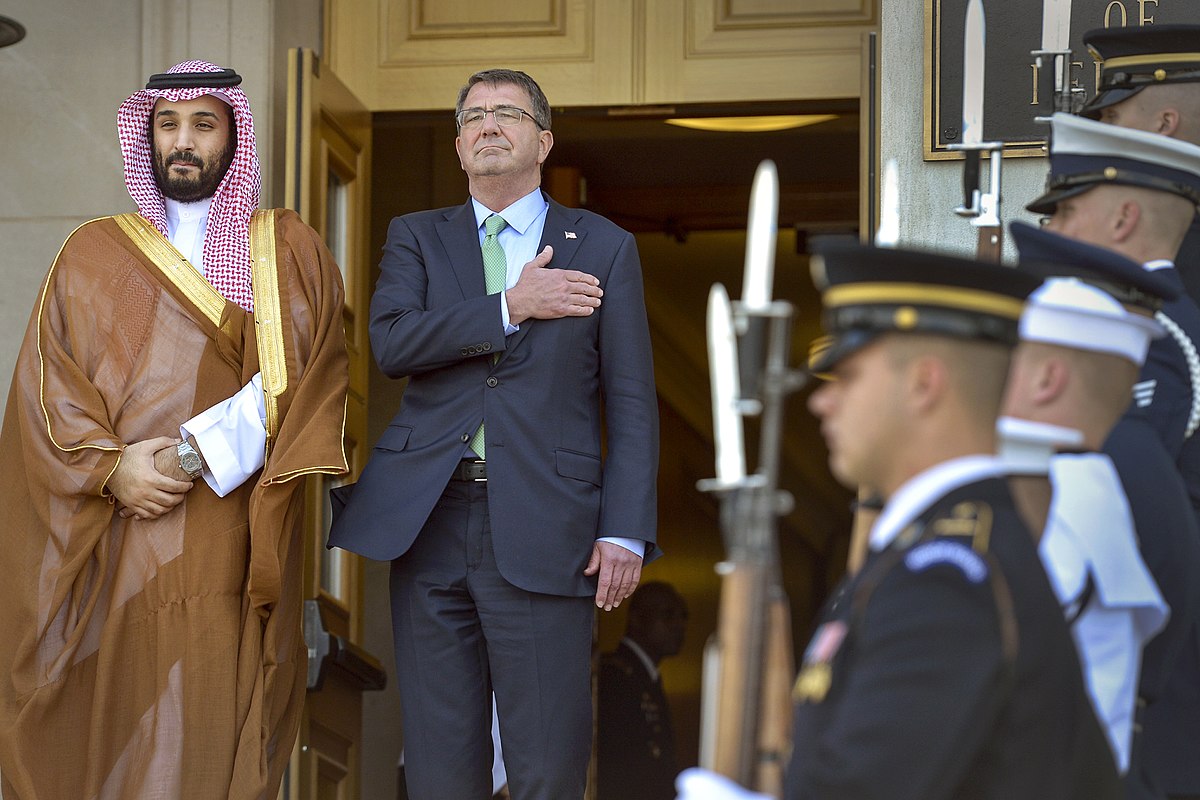 If the network evening news provides as good a measure as any of how Americans perceive the world outside U.S. borders, it’s not a great picture. As noted by Tyndall himself, South America and sub-Saharan Africa, with a combined population of nearly 2 billion, simply failed to register in the news. The rise of authoritarian movements in Europe also appeared to draw a blank, as did South and Southeast Asia (apart from the cave rescue).

And, despite the multi-trillion-dollar commitment by the United States to stabilizing and securing the Middle East region over the last two decades, there wasn’t much evidence of its existence on network television besides the last throes of the campaign against the Islamic State in Syria and the Khashoggi killing. Iraq, to which Washington has sent well over a million troops since the 2003 invasion, didn’t even make the top 30 foreign stories in 2018.

Both Israel and Iran can probably take some satisfaction from their relatively small media footprint last year. The increasingly bellicose fulminations from Trump, National Security Advisor John Bolton and Secretary of State Mike Pompeo against Tehran are unlikely to get much popular backing — let alone public enthusiasm for a new military conflict in the Middle East — in the absence of far more intense (and negative) coverage of the kind that Saudi Crown Prince Mohammed bin Salman has been getting since the Khashoggi murder.

Israel, too, can be happy with its relative obscurity. Despite the hundreds of casualties inflicted by Israeli bullets on Palestinian demonstrators along the Gaza border last year, coverage of Israel-Palestine actually fell by nearly 50 percent, from the 42 minutes the networks devoted to the conflict in 2017, which was already a record low, to a mere 29, according to Tyndall’s calculations over the previous 30 years.

Jim Lobe joined IPS in 1979 and opened its Washington, D.C., bureau in 1980, serving as bureau chief for most of the years since. He founded his popular blog dedicated to United Stated foreign policy in 2007. Jim is best known for his coverage of U.S. foreign policy for IPS, particularly the neo–conservative influence in the former George W. Bush administration. He has also written for Foreign Policy In Focus, AlterNet, The American Prospect and Tompaine.com, among numerous other outlets.
Post Views: 206