We have so little time, but still the old guard wants to block any possible path to salvation, writes Jonathan Cook.

A group of 30 respected intellectuals, writers and historians has published a manifesto bewailing the imminent collapse of Europe and its supposed Enlightenment values of liberalism and rationalism. The idea of Europe, they warn, “is falling apart before our eyes,” as Britain prepares for Brexit and “populist and nationalist” parties look poised to make sweeping gains in elections across the continent.

The short manifesto has been published in the liberal elite’s European house journals, newspapers such as the Guardian. “We must now fight for the idea of Europe or perish beneath the waves of populism,” their document reads. Failure means “resentment, hatred and their cortege of sad passions will surround and submerge us.”

Unless the tide can be turned, elections across the European Union will be “the most calamitous that we have ever known: victory for the wreckers; disgrace for those who still believe in the legacy of Erasmus, Dante, Goethe, and Comenius; disdain for intelligence and culture; explosions of xenophobia and antisemitism; disaster.”

Though unnamed, their European political heroes appear to be Emmanuel Macron of France, currently trying to crush the popular, anti-austerity protests of the Yellow Vests, and German chancellor Angela Merkel, manning the barricades for the liberal elite against a resurgence of the nationalist right in Germany.

Let us set aside, on this occasion, the strange irony that several of the manifesto’s signatories – not least Henri-Levy himself – have a well-known passion for Israel, a state that has always rejected the universal principles ostensibly embodied in liberal ideology and that instead openly espouses the kind of ethnic nationalism that nearly tore Europe apart in two world wars last century.

Instead let us focus on their claim that “populism and nationalism” are on the verge of slaying Europe’s liberal democratic tradition and the values held dearest by this distinguished group. Their hope presumably is that their manifesto will serve as a wake-up call before things take an irreversible turn for the worse. 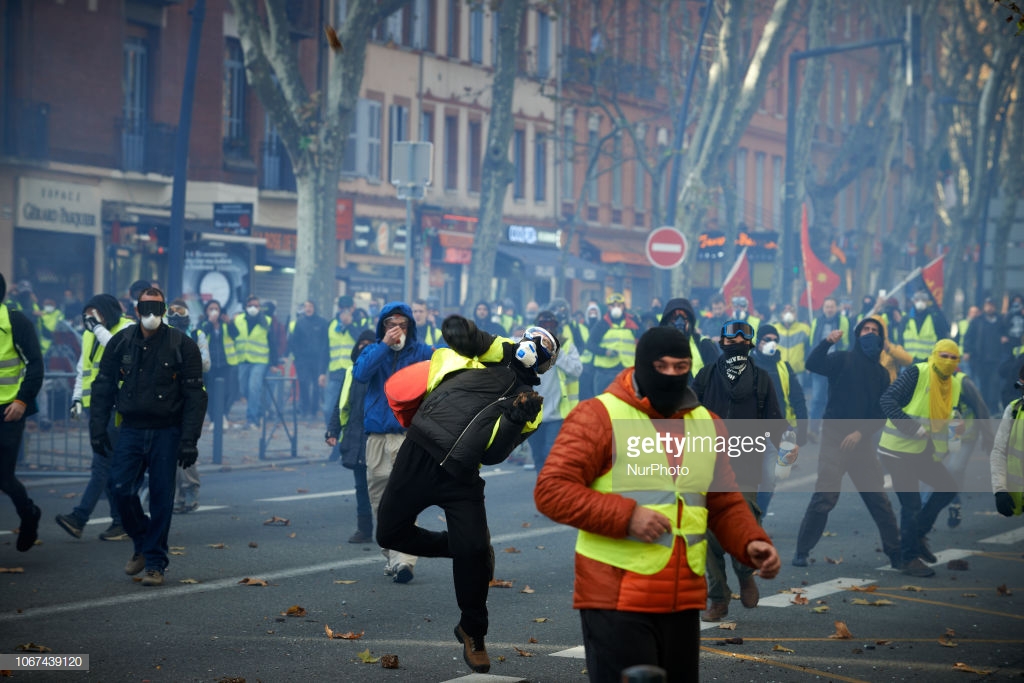 In one sense, their diagnosis is correct: Europe and the liberal tradition are coming apart at the seams. But not because, as they strongly imply, European politicians are pandering to the basest instincts of a mindless rabble — the ordinary people they have so little faith in. Rather, it is because a long experiment in liberalism has finally run its course. Liberalism has patently failed — and failed catastrophically.

These intellectuals are standing, like the rest of us, on a precipice from which we are about to jump or topple. But the abyss has not opened up, as they suppose, because liberalism is being rejected. Rather, the abyss is the inevitable outcome of this shrinking elite’s continuing promotion – against all rational evidence – of liberalism as a solution to our current predicament. It is the continuing transformation of a deeply flawed ideology into a religion. It is idol worship of a value system hellbent on destroying us.

Liberalism, like most ideologies, has an upside. Its respect for the individual and his freedoms, its interest in nurturing human creativity, and its promotion of universal values and human rights over tribal attachment have had some positive consequences.

But liberal ideology has been very effective at hiding its dark side – or more accurately, at persuading us that this dark side is the consequence of liberalism’s abandonment rather than inherent to the liberal’s political project.

The loss of traditional social bonds – tribal, sectarian, geographic – has left people today more lonely, more isolated than was true of any previous human society. We may pay lip service to universal values, but in our atomized communities, we feel adrift, abandoned and angry.

The liberal’s professed concern for others’ welfare and their rights has, in reality, provided cynical cover for a series of ever-more transparent resource grabs. The parading of liberalism’s humanitarian credentials has entitled our elites to leave a trail of carnage and wreckage in their wake in Afghanistan, Iraq, Libya, Syria and soon, it seems, in Venezuela. We have killed with our kindness and then stolen our victims’ inheritance.

Unfettered individual creativity may have fostered some great – if fetishized – art, as well as rapid mechanical and technological developments. But it has also encouraged unbridled competition in every sphere of life, whether beneficial to humankind or not, and however wasteful of resources. 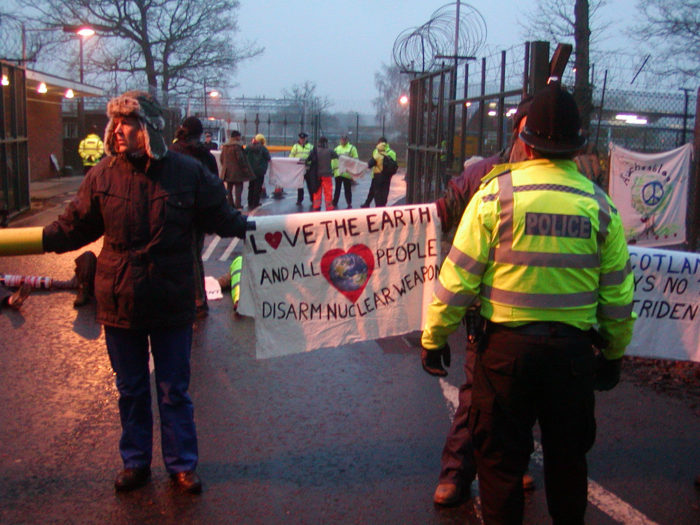 At its worst, it has unleashed quite literally an arms race, one that – because of a mix of our unconstrained creativity, our godlessness and the economic logic of the military-industrial complex – culminated in the development of nuclear weapons. We have now devised the most complete and horrific ways imaginable to kill each other. We can commit genocide on a global scale.

Meanwhile, the absolute prioritizing of the individual has sanctioned a pathological self-absorption, a selfishness that has provided fertile ground not only for capitalism, materialism and consumerism but for the fusing of all of them into a turbo-charged neoliberalism. That has entitled a tiny elite to amass and squirrel away most of the planet’s wealth out of reach of the rest of humanity.

Worst of all, our rampant creativity, our self-regard and our competitiveness have blinded us to all things bigger and smaller than ourselves. We lack an emotional and spiritual connection to our planet, to other animals, to future generations, to the chaotic harmony of our universe. What we cannot understand or control, we ignore or mock.

And so, the liberal impulse has driven us to the brink of extinguishing our species and possibly all life on our planet. Our drive to asset-strip, to hoard resources for personal gain, to plunder nature’s riches without respect to the consequences is so overwhelming, so compulsive that the planet will have to find a way to rebalance itself. And if we carry on, that new balance – what we limply term “climate change” – will necessitate that we are stripped from the planet.

One can plausibly argue that humans have been on this suicidal path for some time. Competition, creativity, selfishness predate liberalism, after all. But liberalism removed the last restraints, it crushed any opposing sentiment as irrational, as uncivilized, as primitive. 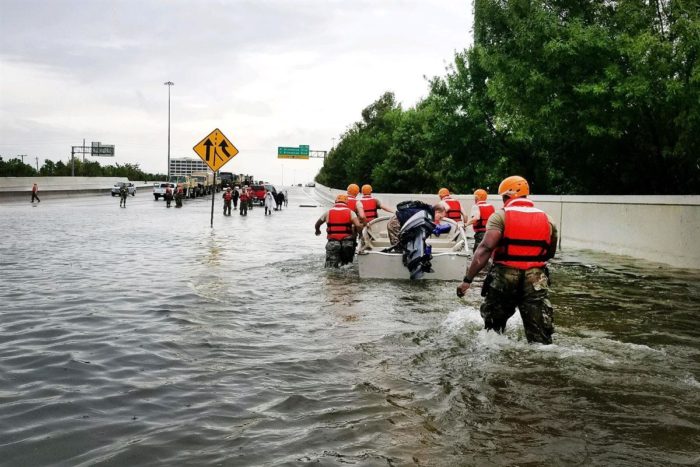 Liberalism isn’t the cause of our predicament. It is the nadir of a dangerous arrogance we as a species have been indulging for too long, where the individual’s good trumps any collective good, defined in the widest possible sense.

The liberal reveres his small, partial field of knowledge and expertise, eclipsing ancient and future wisdoms, those rooted in natural cycles, the seasons and a wonder at the ineffable and unknowable. The liberal’s relentless and exclusive focus is on “progress,” growth, accumulation.

What is needed to save us is radical change. Not tinkering, not reform, but an entirely new vision that removes the individual and his personal gratification from the center of our social organization.

This is impossible to contemplate for the elites who think more liberalism, not less, is the solution. Anyone departing from their prescriptions, anyone who aspires to be more than a technocrat correcting minor defects in the status quo, is presented as a menace. Despite the modesty of their proposals, Jeremy Corbyn in the U.K. and Bernie Sanders in the U.S. have been reviled by a media, political and intellectual elite heavily invested in blindly pursuing the path to self-destruction.

As a result, we now have three clear political trends.

The first is the status-quo cheerleaders like the European writers of liberalism’s latest – last? – manifesto. With every utterance they prove how irrelevant they have become, how incapable they are of supplying answers to the question of where we must head next. They adamantly refuse both to look inwards to see where liberalism went wrong and to look outwards to consider how we might extricate ourselves.

Irresponsibly, these guardians of the status quo lump together the second and third trends in the futile hope of preserving their grip on power. Both trends are derided indiscriminately as “populism,” as the politics of envy, the politics of the mob. These two fundamentally opposed, alternative trends are treated as indistinguishable.

This will not save liberalism, but it will assist in promoting the much worse of the two alternatives. 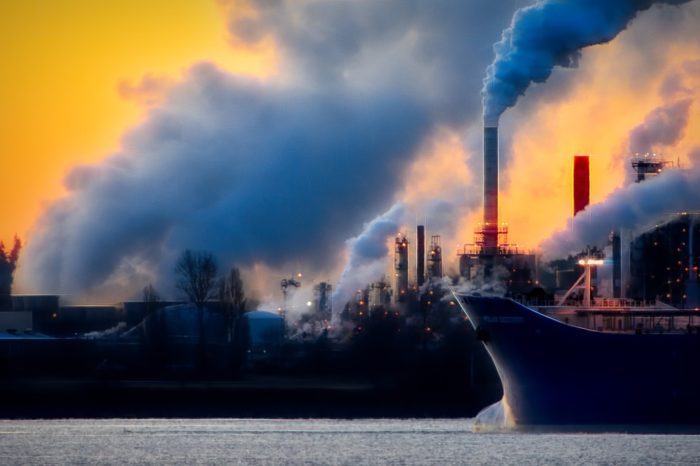 Those among the elites who understand that liberalism has had its day are exploiting the old ideology of grab-it-for-yourself capitalism while deflecting attention from their greed and the maintenance of their privilege by sowing discord and insinuating dark threats.

The criticisms of the liberal elite made by the ethnic nationalists sound persuasive because they are rooted in truths about liberalism’s failure. But as critics, they are disingenuous. They have no solutions apart from their own personal advancement in the existing, failed, self-sabotaging system.

The new authoritarians are reverting to old, trusted models of xenophobic nationalism, scapegoating others to shore up their own power. They are ditching the ostentatious, conscience-salving sensitivities of the liberal so that they can continue plundering with heady abandon. If the ship is going down, then they will be gorging on the buffet till the waters reach the dining-hall ceiling.

Where Hope Can Reside

The third trend is the only place where hope can reside. This trend – what I have previously ascribed to a group I call the “dissenters” – understands that radical new thinking is required. But given that this group is being actively crushed by the old liberal elite and the new authoritarians, it has little public and political space to explore its ideas, to experiment, to collaborate, as it urgently needs to.

Social media provides a potentially vital platform to begin critiquing the old, failed system, to raise awareness of what has gone wrong, to contemplate and share radical new ideas, and to mobilize. But the liberals and authoritarians understand this as threat to their own privilege and, under a confected hysteria about “fake news,” are rapidly working to snuff out even this small space.

We have so little time, but still the old guard wants to block any possible path to salvation – even as seas filled with plastic start to rise, as insect populations disappear across the globe, and as the planet prepares to cough us out like a lump of infected mucus.

We must not be hoodwinked by these posturing, manifesto-spouting liberals: the philosophers, historians and writers – the public relations wing – of our suicidal status quo. They did not warn us of the beast lying cradled in our midst. They failed to see the danger looming, and their narcissism blinds them still.

We should have no use for the guardians of the old, those who held our hands, who shone a light along a path that has led to the brink of our own extinction. We need to discard them, to close our ears to their siren song.

There are small voices struggling to be heard above the roar of the dying liberal elites and the trumpeting of the new authoritarians. They need to be listened to, to be helped to share and collaborate, to offer us their visions of a different world. One where the individual is no longer king. Where we learn some modesty and humility – and how to love in our infinitely small corner of the universe.

104 comments for “Liberal Elite Still Luring Us Towards the Abyss”