Judge Leonie Brinkema has denied an application from the Reporters’ Committee for Freedom of the Press to unseal the U.S. government’s complaint against WikiLeaks publisher Julian Assange.

A U.S. federal judge has ruled against a petition to unseal a criminal complaint against WikiLeaks publisher Julian Assange, arguing that there is no proof that it exists.

Judge Leonie Brinkema of the United States District Court for the Eastern District of Virginia decided on Wednesday to turn down the request by the Reporters Committee for Freedom of the Press to make public details of the complaint, the existence of which was made known inadvertently last year.

“The Government opposes the Committee’s application on the ground that it has neither confirmed nor denied whether charges have been filed against Assange and cannot be required to disclose that information before an arrest is made,” Brinkema wrote in her 10-page ruling.

Assange’s named appeared in a totally unrelated criminal complaint, apparently from a copy and paste mistake. The government called it an “unintentional error.”

Brinkema ruled that despite the government’s admission of the error, “The Government has not acknowledged whether formal charges have been filed against Assange and the Committee has not cited any authority supporting the notion that the public has a right to require the Government to confirm or deny that it has charged someone.” 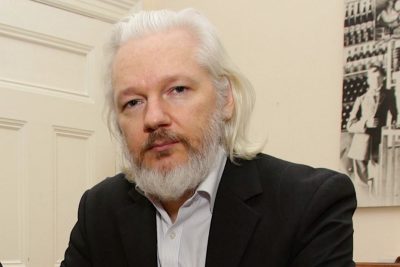 The Reporters Committee argued in a motion that the “case against Assange is already a matter of public knowledge” and that the government cannot “put the genie back” in the bottle. But the government argued in a court hearing in November that the only conclusion that can be drawn from its admission is that a mistake was made and “anything else is speculation.”

Brinkema came down on the side of the government. “The Committee has not demonstrated with sufficient certainty that Assange has been charged,” she wrote.

“Until there is a sufficiently certain disclosure that charges have in fact been filed, the Committee’s common law and First Amendment claims are premature. To hold otherwise would mean that any member of the public or press–by demanding access to judicial records based on little more than speculation–could effectively force the Government to admit or deny that charges had been filed.”

Brinkema pointed to the two paragraphs in which Assange is mentioned in the unrelated case.  The paragraphs read:

“The United States has considered alternatives less drastic than sealing, including, for example, the possibility of redactions, and has determined that none would suffice to protect this investigation. Another procedure short of sealing will not adequately protect the needs of law enforcement at this time because, due to the sophistication of the defendant and the publicity surrounding the case, no other procedure is likely to keep confidential the fact that Assange has been charged.

“The complaint, supporting affidavit, and arrest warrant, as well as this motion and the proposed order, would need to remain sealed until Assange is arrested in connection with the charges in the criminal complaint and can therefore no longer evade or avoid arrest and extradition in this matter.” 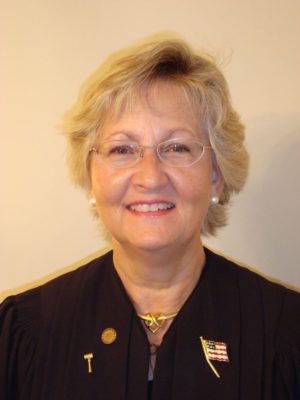 Brinkema: Not convinced paragraphs are evidence of complaint against Assange.

In her ruling, Brinkema wrote: “… news outlets and social media users noticed the two references to ‘Assange’ and surmised that the Government had instituted criminal charges against Julian Assange, the well-known founder of WikiLeaks, though there is no public record of such charges having been filed.”

She said her decision “lies at the intersection of two weighty interests.”  The first is the government’s “need to be able to investigate criminal activity and successfully bring to justice those charged with criminal conduct.”

The second is the public’s “right to access judicial records and proceedings, which is an indispensable feature of the American justice system.”

That public right is not “absolute,” Brinkema wrote and may be “rebutted” if the need to seal outweighs the public’s interest.

“Of course, that a judicial record is subject to the right of access does not mean that the public is entitled to inspect the record at all times and in every case. To the contrary, that the right is presumptive means that it may be overcome, in favor of nondisclosure or sealing, where appropriate. This is usually the case before a charged person has been arrested because of the government’s well-established interests in preventing the accused from avoiding arrest, destroying or tampering with evidence, or otherwise interfering with the prosecution; securing privacy rights or confidential sources of information; and protecting the public.

Although the Government recognizes that First Amendment right-to-access analysis typically depends on what ‘type of document’ is being sought, it asserts that courts must also consider the ‘stage at which public access is sought,’ and specifically it argues that there is no First Amendment right to access charging documents ‘before an arrest.'”

Assange has been a refugee in the Ecuador Embassy in London since 2012 fearing that if he re-entered British territory he would be arrested and extradited to the United States to face charges that Brinkema says there is no evidence of. Senior U.S. officials have called for Assange’s arrest after WikiLeaks published classified documents revealing evidence of U.S. war crimes and corruption.