This has been one of the largest general strikes in the world, writes Vijay Prasad from Kerala, as social unrest grows in Morocco, Sudan, Nigeria and Los Angeles.

Workers Around the World Greet
2019 With Wave of Demonstrations

Over two days—Jan. 8 and 9—more than 160 million workers went on strike in India. This has been one of the largest general strikes in the world. The workers, exhausted by almost three decades of neoliberal policies and by the attack on their rights, came onto the streets to make their case for better livelihoods and workplace democracy. Blockades on train tracks and on national highways closed down sections of the country.

In Bengaluru, information technology workers joined the strike. In Himachal Pradesh workers gathered to demand an end to precarious employment in government service. Workers from a broad range of sectors, from manufacturing to health care, joined the strike. There has been no response from the government. Please read my report on the strike.

My report is written from Kerala, where almost the entire workforce went on strike. This strike comes after the powerful Women’s Wall that was built on Jan. 1. For a fuller sense of what brought 5.5 million women to form a wall along Kerala, see my report. The title for this newsletter comes from a well-known poem by the late radical poet Vayalar Ramavarma (1928-1975). When workers struggle, Vayalar wrote, “isn’t it something to make the land proud?”

This two-day strike comes as workers around the world greeted 2019 with a wave of demonstrations—from the “month of anger” launched in Morocco by trade unions, to the protests in Sudan over rising prices; from teachers’ strike in Los Angeles, to the potential general strike in Nigeria over wages. 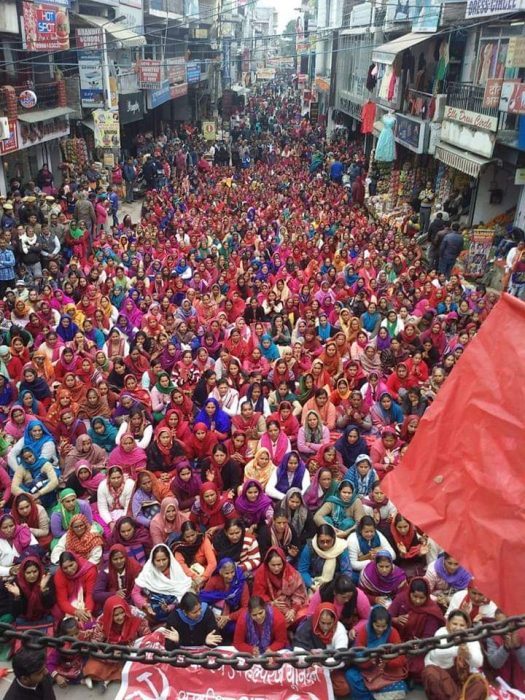 An International Trade Union Confederation report from last year showed that more countries are excluding workers from labor laws–65 percent of countries, at last count—excluding migrant workers and public sector employees and others from the rights afforded to them. There is every indication that the attack on workers’ rights and workplace democracy will continue despite the unrest amongst workers.

Brinda Karat, a leader of the Communist Party of India (Marxist), reflects—in our January Dossier—on the record of the current far-right government in India, the BJP, and on the challenges before the left to produce an alternative agenda to put before the people in the April 2019 general election. Karat offers a sharp assessment of the attacks on women and the denigration of the project of women’s emancipation in India:

“Over the past several decades, women have entered public spaces to work and to live. They have established their talents, their skills, and their capacities in numerous spheres. There has been a backlash against this increased assertion. The backlash is shaped by extreme misogyny – or a strong feeling in sections of our society that women have a specific place and anyone who crosses the boundary is liable to be punished. These cultural walls behind which women and girls are expected to live (with some exceptions for certain classes), are stronger than the high walls of a prison. When a woman is raped, she is blamed for entering public space, for being a free citizen, for the clothes she wears, for the person she speaks to, for the place and time where she was. It is the woman who is held responsible for the crime. That is the character of the misogyny.” 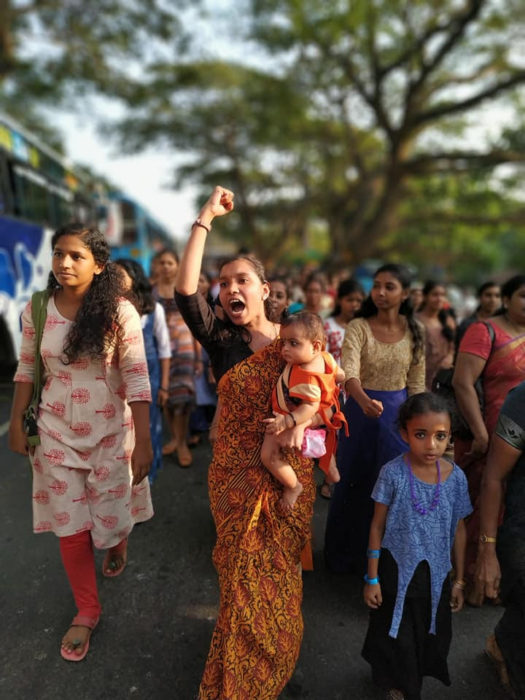 Karat’s interview goes into depth about the difficult situation under the government of Prime Minister Narendra Modi. For example, she makes the following points:

It is not axiomatic that high inequality and social distress lead to a progressive politics. In such a context, it is as likely that the culture of working-class solidarity erodes, and social violence grows, producing the seedbed of neo-fascist politics. To that end, Karat makes the case that the left in India—but also elsewhere—needs to engage with the rigidities of our culture.

Cultures promoted by capitalism and the market promote and glorify individualism and promote individualistic solutions. All these add to the depoliticization of a whole generation of young people. This is certainly a challenge: how to find the most effective ways of taking our message to the youth. Then again in India class exploitation is intensified through the caste system and vice versa. To build resistance struggles against the caste system and caste oppression and to link such struggles with the fight against capitalism in terms of struggles and goals is also a challenge. Trade unions and other class organizations certainly have to be more assertive and attentive to these aspects.

The left, Karat suggests, needs to enter fully into the struggle over how to define the terms of a culture. Questions of dignity as well as discrimination are fundamental to the development of a progressive politics. No emancipatory movement can turn its back on any form of social hierarchy. The democratic impulse must work its way into the most rigid of cultural forms.

Karat offers a clear-headed assessment of the challenges for the left in India’s upcoming elections.

Meanwhile, from Brazil, João Pedro Stedile looks back at the Brazilian election that elected the neo-fascist Jair Bolsonaro to the presidency. Stedile’s interview, which you can read here, explains the current, ugly context in Brazil. Bolsonaro has rapidly proved correct all the concerns about his politics. Stedile believes that the only antidote to Bolsonaro is a vibrant working-class movement; rooted not only in the countryside but also in the urban periphery.

Meanwhile, our Tricontinental: Institute for Social Research team in São Paulo—André Cardoso, Cristiane Tiemi and Olivia Carolino – have a full assessment (in Portuguese) of the Brazilian economy for 2019. A new law drops the minimum wage while another set of decrees directly attacks Brazil’s indigenous communities. The department in charge of indigenous rights, or FUNAI, will lose its oversight to the ministry of agriculture, which is dominated by agricultural, logging and mining business interests. Bolsonaro’s Minister of Agriculture Tereza Cristina Dias was the leader of the agricultural business lobby in the Congress. Sonia Guajajara, the leader of the National Articulation of the Indigenous Peoples of Brazil, or APIB, said after Bolsonaro’s decisions: “We are the first to be attacked. We have to be the first to react.”

We have to be the first to be react. This would have been a phrase familiar to the Palestinian communist Shadia Abu Ghazaleh, born in Nablus in 1949 and killed in 1968. In 1967, Abu Ghazaleh joined the newly formed Popular Front for the Liberation of Palestine. She abandoned her studies in Cairo to the consternation of her family, who had lost their home in Palestine. “What good is a university degree,” Abu Ghazaleh questioned them, “if I have no wall at home to attach it to?”

Last year, 56 Palestinian children, most from Gaza, were killed by the Israeli military forces. Focus has turned to the elections in Israel, but there is little concentration on the Israeli war crimes against the Palestinians.

Adalah, the legal center for Palestine, notes in a new report that Israel has shown no willingness to conduct an inquiry or investigation into the killings at the Gaza perimeter. It calls for the intervention of the International Criminal Court. None will be forthcoming.

It will remain to brave people to follow the example of Shadia Abu Ghazaleh and act to force the opening of a new road towards peace in Palestine. Their struggles will be struggles to make their land proud.

Vijay Prashad is an Indian historian, journalist, commentator and a Marxist intellectual. He is the Executive Director of Tricontinental: Institute for Social Research and the Chief Editor of LeftWord Books.

Photographs in this article were by Rahul, an independent journalist based in Anantapur (Andhra Pradesh), whose work can be seen at the People’s Archive of Rural India.