Women controlling the military-industrial complex is not feminism, it’s toxic masculinity. The fruit of a sick valuing system that is poisoning our environment and risking nuclear annihilation, writes Caitlin Johnstone.

These headlines are being derided by skeptics of the establishment mindset for the cartoonish self-parody of the corporate liberal mindset that they so clearly are, and rightly so. Pretty much everything in American mainstream liberalism ultimately boils down to advancing mass murder, exploitation and ecocide for profit while waving a “yay diversity” banner so that the NPR crowd can feel good about themselves while signing off on it. But the fact that these stories exist and have an audience can also be blamed more specifically on the failures of mainstream feminism. 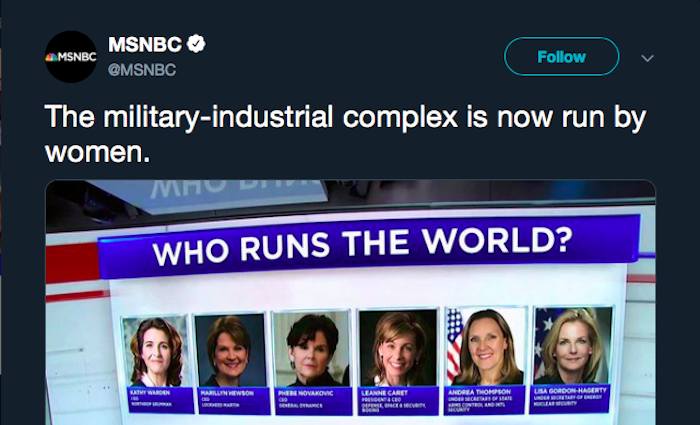 A lot of men (and the occasional cultishly servile woman) like to bitch about the problem with modern feminism as though it is something that hurts men, threatens men, demonizes men, or robs men of their place in society or anything else they feel entitled to. This is all dopey nonsense which amounts to nothing other than a childish temper tantrum over men losing control over women that they never should have had in the first place; it’s people whining about losing their slaves. That imaginary piffle is not what is wrong with mainstream feminism. What is wrong with mainstream feminism is exemplified perfectly in a mass media parade celebrating the rise of women to the top of the most depraved industry on earth.

The problem that true feminism seeks to address is not that there aren’t enough women at the top of the corporate ladder, or that Americans refused to elect a woman to do the bombing, exploiting and oppressing in 2016. The problem has always been that we’re trying to value women with a value system created by a few very powerful men. By leaving in place the value system created by patriarchy (i.e. capitalism), we are now valuing women but only for their ability to play men’s games. Nobody has ever become a billionaire by being a mother, even the very best mother in the world, and nobody ever will because capitalism was designed by men, for men, to value men’s qualities. This has created a species-threatening imbalance because inequality is baked in to the system. When men reluctantly allowed women out of their house-shaped cages in the  ’60s, they did so on the condition that they would not change a thing about themselves. Women could play, but it was the women who had to change. As usual. 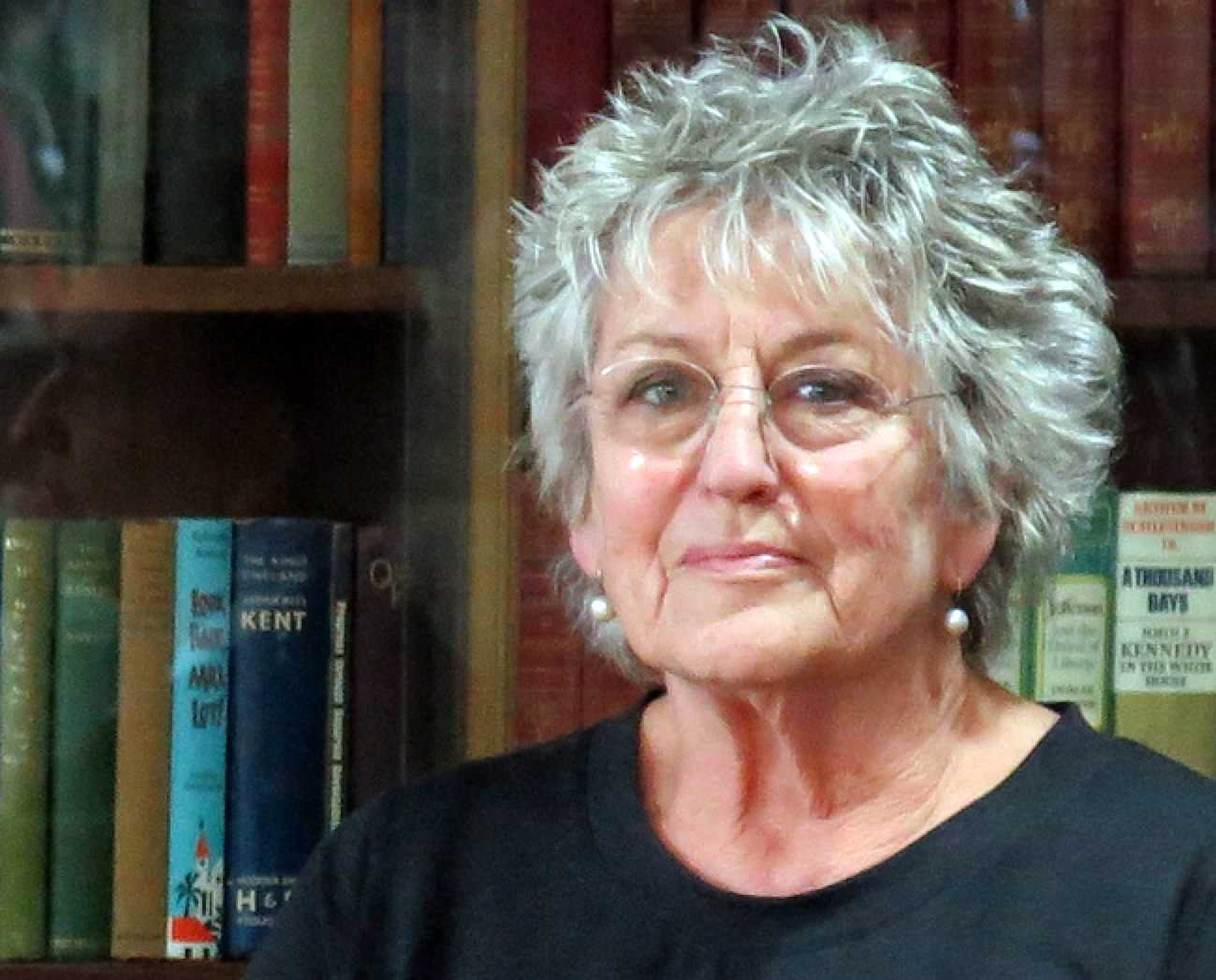 It’s interesting to go back to seminal texts like Germaine Greer’s “The Female Eunuch” and see how much time feminists spent back then thinking about how women could be paid for domestic and child-rearing work. Fifty years ago, feminists of the time could easily see how financial abuse runs rampant through marriages because women don’t get paid for the majority of their work. They could see how if women were to ever be truly free, that had to be fixed. If you’re not getting paid, then you’re not able to leave, and if you can’t leave, you’re a slave. Despite all of feminism’s gains, today if you dare suggest that women be paid for bearing children, you will be jeered at. It was decided somewhere along the line that, fine, you can be a fake man if you want to, but don’t expect us to value YOU. Men refused to value women’s work, which is why most of it is still essentially slavery. And that was a crucial, planet-threatening mistake.

By refusing to value women and what skills they naturally bring, humanity continued to not value the meta work of the feminine. We continued to not value the health of our environment, the health of our social cohesion, the mental health of each other. By refusing to place a hard and fast value on cleaning, healing, networking, redistributing goods, disappearing problems, restoring, reusing, collaboration, happiness and health, we are strengthening all their opposites.

Many men will knee-jerk argue that they too are slaves to the corporatocracy, and that’s true. That’s what you get when you don’t change a valuing system that was created by slave-owners to distract their slaves from killing them and to keep them working anyway. That’s what you get when you insist everyone change to suit a system that was created by power to keep power in place. We laugh about how indigenous people were fooled into handing over vast swathes of their land for handfuls of shiny shells, while we hand over our labor, our land, our rights and our freedoms for paper rectangles, today.

True feminism doesn’t hold that the world would be better off if women ran things; shifting control from one gender to the other would change very little as long as the current valuing system remains in place. True feminism holds that all of humanity needs to change its valuing system to one which rewards feminine work as much as masculine, instead of only rewarding women when they succeed at climbing the ladder of the patriarchal paradigm.

Women controlling the military-industrial complex is not feminism, it’s toxic masculinity. It’s the fruit of the sick valuing system that is blackening our air, poisoning our water, filling the oceans with plastic, bulldozing the rainforests, and marching us toward the brink of nuclear Armageddon. True feminism means turning away from the toxic valuing system which elevates the most ambitious sociopaths and toward one which values empathy, collaboration, nurturing and peace instead.

94 comments for “Everything That is Wrong with Mainstream Feminism”