It’s imperative to criticize presumable progressive politicians and parse their words carefully. It might open the door to actual improvements in policy, writes Sam Husseini.

In her New Year’s Eve announcement about forming an exploratory committee for the presidency, Sen. Elizabeth Warren made a great point: “Right now, Washington works great for the wealthy and the well-connected. It’s just not working for anyone else.”

In case you missed that, she did not say “the economy isn’t working well” or such, as we’ve all heard numerous politicos say countless times. 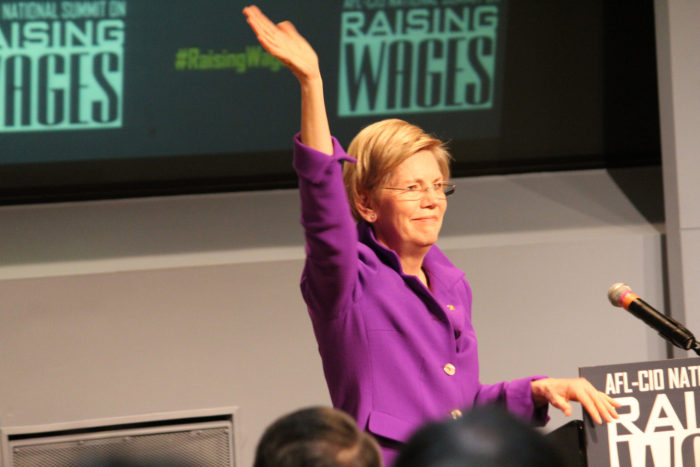 Warren: Circumspect on who profits from war. (Ben Wikler, Flickr)

It’s laudatory that Warren is using her perch and analytical skills to avoid a common rhetorical trap and is articulating the truism that the political establishment largely does the bidding of the wealthy and connected when it comes to the economy.

The problem is that she doesn’t articulate that in the same manner when it comes to bloody wars. Quite the contrary. Her list of problems—drug companies, for-profit colleges and student loan outfits—omits those who have an interest in continuing horrific wars.

When asked on Wednesday night by Rachel Maddow about Trump’s recent announcement on pulling troops from Syria, Warren said the U.S.’s wars are “not working.”

She didn’t say: “The wars are working great for military contractors, just not for regular people in the U.S. or Syria or anywhere else.”

Warren—who is on the Senate Armed Services Committee—did not say: “The wars are great for the wealthy profiting off of them, they’re just terrible for the people getting killed in them.”

Instead, Warren actually swallowed some of the rhetoric about U.S. wars having as their alleged goals stability or humanitarianism or security. The profits of military contractors or geopolitical elites went unexamined.

She said it was “right” to pull U.S. troops out of Syria and Afghanistan, an arguably positive position, but added: “It is not working and pretending that somehow, in the future, it is going to work…it’s a form of fantasy that we simply can’t afford to continue to engage in.”

But part of the fantasy is ignoring that the wars are indeed working great for some. Indeed, if Warren heard someone else say that “it is not working” about the economy, she’d likely correct them.

Warren did at least raise the question of what “success” in the perpetual wars might be, which is certainly better than most of official Washington. Advocates of perpetual war “need to explain what they think winning in those wars look like and where the metrics are,” she said.

But, like most of the U.S. political establishment, Warren doesn’t actually scrutinize the underlying motives: “When you withdraw, you got to withdraw as part of a plan, you got to know what you’re trying to accomplish throughout the Middle East and the pieces need to be coordinated,” Warren said, adding, “this is why we need allies.”

What allies? France, Britain and Turkey—the traditional colonial power in the region? Or the ever-aggressive, oppressive Israel? Or the tyrannical Saudi Arabia?

And that’s rather the point. U.S. foreign policy appears as a muddle—without any clear statement of what is supposed to be accomplished—because its stated goals obscure actual goals.

The idea that the U.S. establishment gets the country into wars for ulterior financial or geopolitical reasons should be regarded as banal. Instead, it’s barely articulated at all.

Most obviously, the military contractors benefit from wars.

Indeed, the power of the euphemistically called “defense sector” would seem to be substantially larger than the drug companies Warren focuses on. According to OpenSecrets.org, the top five military contractors — Northrop Grumman, Boeing, Lockheed Martin, General Dynamics and Raytheon—more than doubled the top five companies in the pharmaceutical manufacturing sector ($14.4 million vs. $7.7 million) in their outlays to politicos. For more, see the writings of William Hartung, such as “Corporate Patriots or War Profiteers?“

Even more critically, the U.S. establishment’s geopolitical aims frequently thrive on war. Dahlia Wasfi argued in 2015 in “Battling ISIS: Iran-Iraq war redux” that “Obama’s unofficial strategy to fight ISIS may be that of former President Ronald Reagan’s for Iran and Iraq in the 1980s: a long, drawn-out war to strengthen U.S.-Israeli hegemony in the region.” Also, see Robert Naiman’s “WikiLeaks Reveals How the U.S. Aggressively Pursued Regime Change in Syria, Igniting a Bloodbath” and my own “Is U.S. Policy to Prolong the Syrian War?” 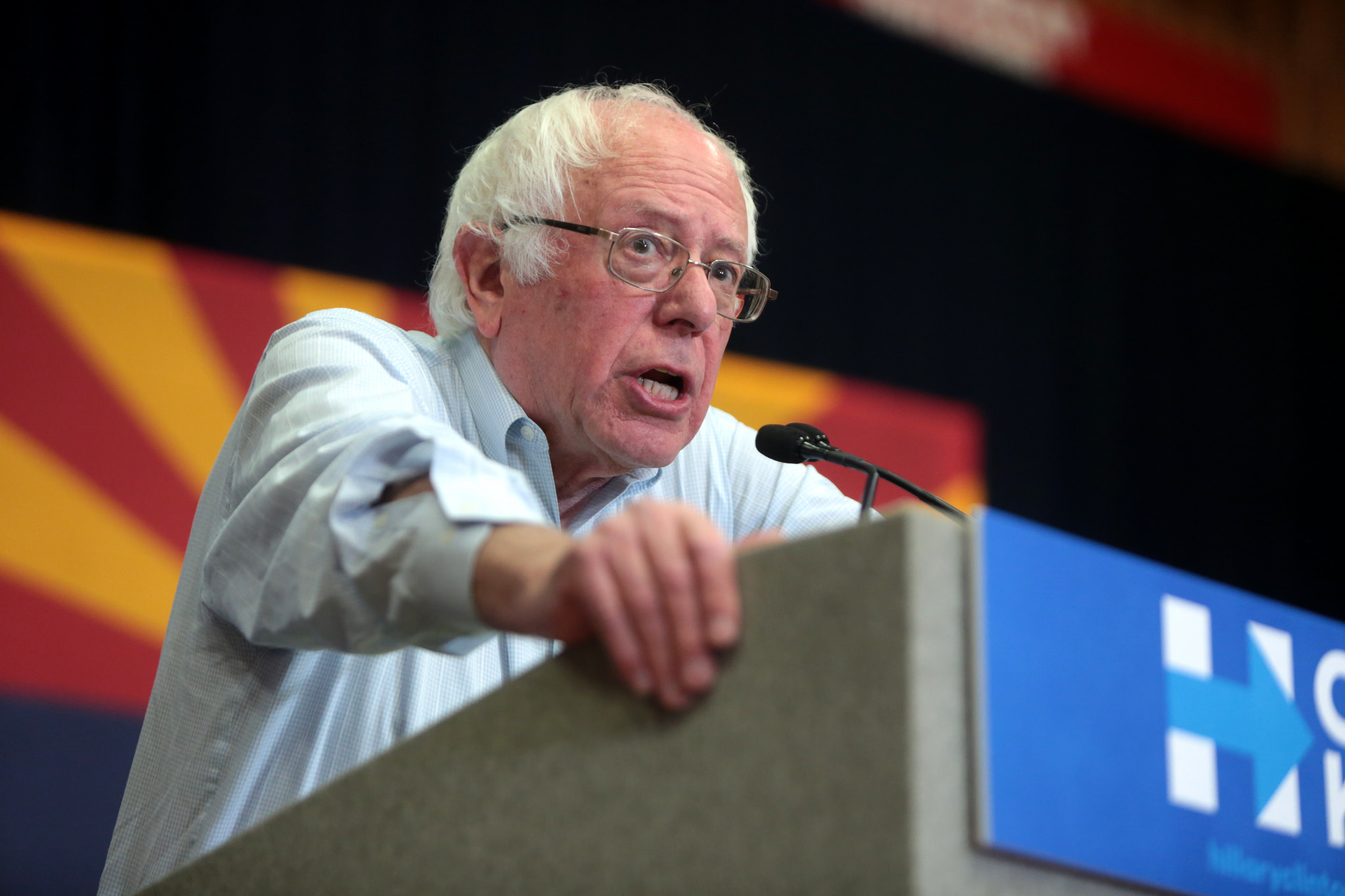 In 2015, Sen. Bernie Sanders was actually calling for more Saudi intervention in the Mideast. Said Sanders: The Saudis have “got to get their hands dirty.” He was criticized for this by Margaret Kimberley, David Swanson and myself.

Now, Sanders has taken the lead in Congress in criticizing the Saudi war in Yemen, opening the door to some alleviation of massive suffering. I wish he would be much better still on foreign policy, but this may be serious progress, though the ACLU has criticized the congressional resolution.

It’s imperative to criticize presumable progressive politicians and parse their words carefully. It might open the door to actual improvements in policy, as in the case of Sanders. And in the case of Elizabeth Warren, it’s simply asking her to cease obscuring war as she clarifies economic issues.