The outcry against Trump’s decision to withdraw troops from Syria reveals an appetite for regional hegemony, writes As’ad AbuKhalil. It also minimizes the capacity of native militia to defend territory for which they fought and died.

A Wise and Rare Decision

President Donald Trump’s announcement that he will withdraw 2000 U.S. troops from Syria has caused great alarm in elite circles. The New York Times and The Washington Post both warned it would leave Israel “abandoned” and “isolated” and would embolden enemies of the U.S.  Martin Indyk, a former Mideast envoy for Democratic administrations, complained that Trump did not factor in the national security interests of Israel.

Hillary Clinton, the former secretary of state who lost the presidency to Trump, tweeted: “Actions have consequences, and whether we’re in Syria or not, the people who want to harm us are there & at war. Isolationism is weakness. Empowering ISIS is dangerous. Playing into Russia & Iran’s hands is foolish. This President is putting our national security at grave risk.”

Hollywood celebrities have also jumped into the act.

The strong reaction to Trump’s decision (which fulfills a campaign promise to disengage militarily from the Middle East) highlights his gap with a mainstream media and foreign policy establishment that supports a more aggressive U.S. military intervention in the Middle East. The only time these detractors ever strongly supported Trump was when he ordered the bombing of Syria. Establishment spokesman Farid Zakaria, a favored CNN host and pundit, said Trump had finally become “presidential.” The only reservation was that the bombing should have been more  massive. 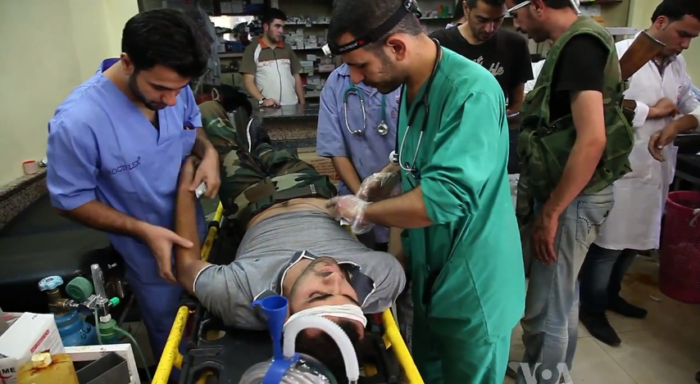 The latest civilian death toll in Syria is over 107,000. The media has, by and large, disregarded the extent to which U.S. bombs have contributed to this enormous loss of life. When the history of the Syrian war is written, it is very likely that the destruction of Raqqa will be categorized as a U.S. war crime—to be added to the many war crimes committed by all sides in the protracted war.

Exaggerations of US Role

The outcry against Trump’s withdrawal announcement include exaggerations of the role that 2000 U.S. troops played in defeating ISIS (which exclude personnel involved in covert actions).

In a Tweet, Rukmini Callimachi of The New York Times oddly attributed the loss of 99 percent of ISIS territory in Syria and Iraq to the work of the U.S.-led “coalition” (so broadly defined to include Sweden and Bahrain among others).  This estimate typically ignores the contributions and sacrifices of native Syrian, Lebanese and Iraqi fighters, many of whom are foes of the U.S.

While it can’t be determined mathematically the extent to which the U.S. and others contributed to the demise of ISIS, it is certain that the bulk of the fighting against ISIS—and the dying—was done by locals, the majority of whom opposed the U.S.

This was the case in Lebanon, where the fight against ISIS and al-Qaida, over the last two years, was carried out almost single-handedly by Hizbullah, which the U.S. State Department designates a terrorist organization. Similarly, Russia and its allies in Syria did most of the fighting against ISIS despite the contributions of pro-U.S. Kurdish militias and some rebel groups.

The economic power of ISIS—in terms of the oil trade—was largely destroyed by Russian, not U.S., bombing.  In Iraq, the virtual collapse of the U.S.-trained Iraqi Army in June 2014, when Mosul was overrun, was a major factor in the rise of ISIS in Iraq and Syria and beyond. 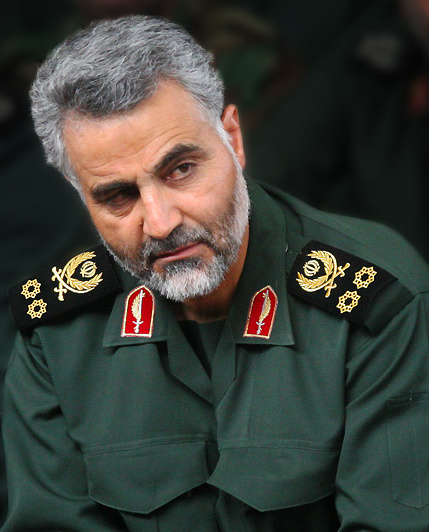 Qasem Soleimani, commander of the Quds Force of the Iranian Revolutionary Guards. (Wikimedia)

In Iraq, the process of mobilization and recruitment against ISIS began with the formation of Hashd, or “mass,” militias formed at the behest of Ayatollah Sistani, the senior Iranian Shia cleric based in Iraq. Qasem Soleimani, commander of the Quds Force of the Iranian Revolutionary Guards became directly involved. While these natives fought back and destroyed ISIS in Iraq the U.S. provided air cover. Locals did the fighting and the dying.

Trump’s agenda poses a danger to the U.S. and the world. But the global agenda of the Democratic and Republican (establishment) is even more dangerous. It would expand wars in the Middle East and beyond. It would intensify U.S. enmities to places such as Russia, China, North Korea and Iran and abort any attempts at reconciliation. It would prevent the U.S. from leaving a military occupation. It would challenge the enemies of the U.S. and Israel with direct U.S. military projection of force throughout the Middle East.

Trump’s fault, in the eyes of those who criticize his decision to withdraw troops from Syria, is that he did not follow the advice of his military. The notion that a president must follow military orders is entirely undemocratic. But since Sept. 11, 2001, it has been established—especially by Democrats—that the commander in chief should do just that.Thus, President Barack Obama went against his own views and agreed to expand the U.S. military presence in Afghanistan.

Due to its strong popular support, the U.S. military often operates outside the reach of congressional supervision or public accountability. By occasionally challenging the generals, as with this decision to withdraw troops from Syria and Afghanistan, Trump has proven more politically courageous than Obama, who was afraid to defy the brass. (While Obama resisted his own foreign policy advisors’ pressures to intervene more deeply in Syria, the U.S. military at that time was less enthusiastic about intervention.)

Israel was clearly unhappy with Trump’s announcement of troop withdrawal from Syria, although Prime Minister Benjamin Netanyahu was one of the few world leaders briefed by Trump before announcing his decision. (Is there a matter of any significance over which the U.S. president—whether Bush or Obama or Trump—does not brief Netanyahu?) 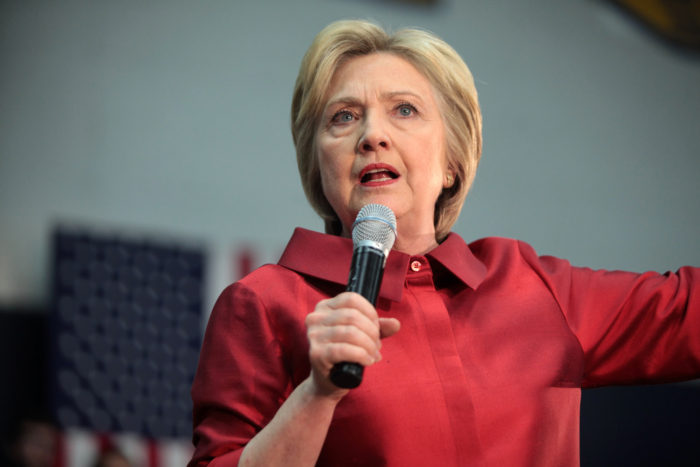 To satisfy Israel, the U.S. must deploy troops in all Arab countries and to join Israel in its unending wars against the whole Arab world. (Paradoxically, Israel is loathed by the Arab people while cruel Arab despots in the Gulf—such as those leading Bahrain, Saudi Arabia, UAE and Qatar—race to establish relations with Israel and often try to ingratiate themselves with the U.S. president and Congress.)

Israel, through its powerful lobby, has been agitating for the U.S. to wage war on Iran, Syria, Hizbullah and the Palestinian territories.  And Western media—no matter how much Israel accumulates by way of its massive arsenal of WMDs, and no matter how much Israeli gives itself the right to bomb at will in Syria and Palestine—still treats Israel as a vulnerable entity in need of permanent U.S. military protection.

All of this explains why Clinton is more popular than Trump. She had promised more military hegemony in the Middle East. And she was just as enthusiastic as Trump about propping up Middle East despots. For instance, as secretary of state, Clinton supported Egyptian dictator Husni Mubarak at all costs. When Mubarak fell she wanted the head of the secret police, Omar Suleiman,  to be his successor.

The underlying causes for U.S. withdrawals from Syria can’t be known and some wager it won’t pan out. But it is unlikely that it’s part of a large geo-strategic scheme on Trump’s part. Nor is the move likely to predict a U.S. strike on Iran. After two years in office, Trump is showing more self-confidence in his foreign policy decisions than when he started. It is likely that he will follow his original isolationist instincts.  Those instincts are at odds with the bipartisan consensus in D.C., which has heaped an avalanche of criticism upon one of the rare wise decisions of an often rash president.

ISIS is indeed on the run, and it has lost the bulk of its territorial base.  It retains some fighters in its remnants in Eastern Syria, but its ability to expand is drastically limited. The major enemies of ISIS—those who drove ISIS from most of its territory—remain on the ground in Syria, Iraq and Lebanon. While overlooked by Western reporters and columnists, they are ready to go to war again to fight back an ISIS offensive.