Ibn Khaldun—the famous Tunisian historian, geographer and social theorist—believed that decadence leads to collapse for Muslim dynasties. Such a scenario may be playing out with the Saudis, reports Daniel Lazare.

Reports are growing that Muhammad bin Salman, Saudi Arabia’s hyperactive crown prince, is losing his grip. His economic reform program has stalled since his father, King Salman, nixed plans to privatize 5 percent of Saudi Aramco. The Saudi war in Yemen, which the prince launched in March 2015, is more of a quagmire than ever while the kingdom’s sword rattling with Iran is making the region increasingly jumpy.

Heavy gunfire in Riyadh last April sparked rumors that MBS, as he’s known, had been killed in a palace coup. In May, an exiled Saudi prince urged top members of the royal family to oust him and put an end to his “irrational, erratic, and stupid” rule. Recently, Bruce Riedel, an ex-CIA analyst who heads up the Brookings Institution’s Intelligence Project, reported that the prince is so afraid for his life that he’s taken to spending nights on his yacht in the Red Sea port of Jeddah. 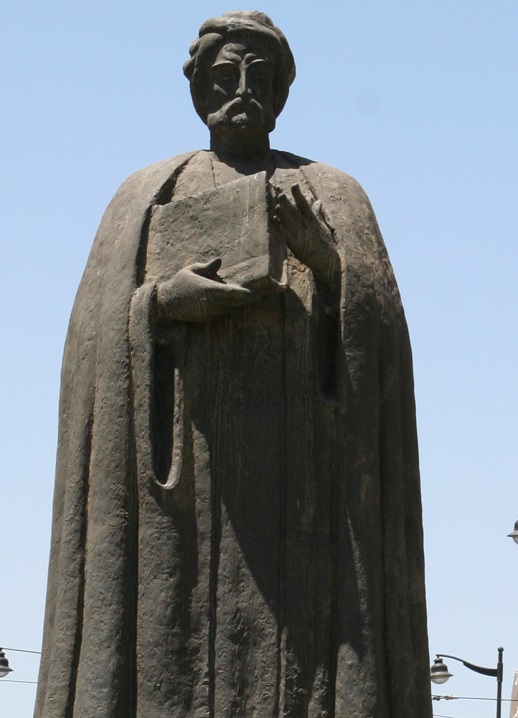 A statue of Ibn Khaldun in Tunis, Tunisia. (Kassus / Wikimedia)

What does it all mean? The person to ask is Ibn Khaldun, the famous Tunisian historian, geographer, and social theorist. You might have trouble getting him on the phone, though, since he died in 1406. But he’s still the single best guide to the deepening Saudi crisis.

If you do somehow channel him, the message might be grim. In a nutshell, it’s that if MBS goes, he’ll likely take the Al-Saud with him, and that the people waiting in the wings will not be the “moderates” beloved of Washington, but ISIS and al-Qaida. A modern state bristling with shopping malls, superhighways, and high-tech weaponry thus will succumb to a ragtag militia riding Toyota pickups and waving AK-47s.

Ibn Khaldun, a member of an upper-class Spanish-Muslim family that fled to North Africa after the fall of Seville in 1248, was one of the most remarkable personalities of the late Middle Ages on either side of the Christian-Muslim divide. He wrote The Muqaddimah, a book-length prologue to his six-volume world history, which British historian Arnold Toynbee praised “as undoubtedly the greatest work of its kind that has ever yet been created by any mind in any time or place.” The anthropologist Ernest Gellner described Khaldun as a forerunner of modern sociology. The Muqaddimah, a strange blend of faith, fatalism, and science, is best known for its musings on the subject of the urban-nomadic conflict and the process by which dynasties rise and decay.

As Ibn Khaldun put it:

[T]he life of a dynasty does not as a rule extend beyond three generations. The first generation retains the desert qualities, desert toughness, and desert strategy. … They are sharp and greatly feared.  People submit to them. … [T]he second generation changes from the desert attitude to sedentary culture, from privation to luxury and plenty, from a state in which everybody shared in the glory to one in which one man claims all the glory for himself while the others are too lazy to strive for glory. …  The third generation … has completely forgotten the period of desert life and toughness, as if it never existed…. Luxury reaches its peak among them, because they are so much given to a life of prosperity and ease.

Decadence leads to collapse as fierce nomadic fundamentalists gather in the desert and prepare to mete out punishment to the city dwellers for their religious laxity. “[A] new purge of the faith is required,” summed up Friedrich Engels, who evidently read Ibn Khaldun, “a new Mahdi [i.e., redeemer] arises, and the game starts again from the beginning.”

It’s a recurrent cycle that has held true for a remarkable number of Muslim dynasties from the seventh century on.

The big question now is whether the pattern will hold true for the Saudis.

The answer so far is that it will. Events are proceeding on course. Ibn Saud, the founder of the modern Saudi state, by allying himself with Wahhabism, the local version of Islamic ultra-fundamentalism, embodied Ibn Khaldun’s concept of a ruthless desert warrior who uses religion to mobilize his fellow tribesman and battle his way to the throne in 1932. Once Saud took power, he proved to be a tough and cagey politician who put down rebellion and expertly played Britain and America off against one another to solidify his throne.

But the half-dozen sons who followed were different. The first, Saud, was a heavy spender who brought the kingdom to the brink of bankruptcy. The second, Faisal was an autocrat who was so out of his depth that he believed Zionism somehow begat communism. Khalid, who took power in 1975, was an absentee monarch who was gripped by paralysis when hundreds of rebels took over Mecca’s Grand Mosque in November 1979 and had to be rescued by French commandos flown in specially for the occasion. Fahd, who succeeded to the throne in 1982, was obese, diabetic, and a heavy smoker who ultimately fell victim to a massive stroke.  Abdullah, his successor, also was sickly and obese, while Salman, who assumed the throne in 2015 at age 79, has suffered at least one stroke and is said to exhibit “mild dementia.” A video of the king landing in Moscow in 2017 shows a doddering old man who can barely descend a staircase. 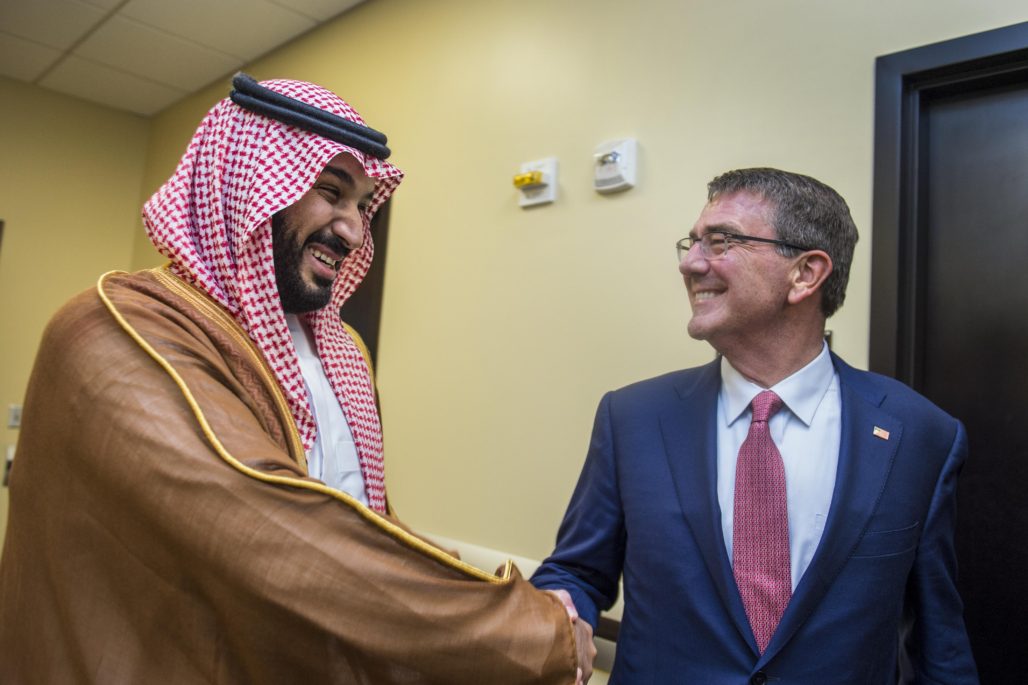 The upshot is a group study in decrepitude. MBS, who all but took over the throne in 2015, meanwhile personifies all the foolishness and decadence that Ibn Khaldun attributed to the third generation. He’s more energetic than his father. But as one would expect of someone who has spent his entire life cosseted amid fantastic wealth, he’s headstrong, impractical, and immature. Appointed minister of defense by his father at the ripe old age of 29, he declared war on Yemen, Saudi Arabia’s neighbor to the south, two months later and then disappeared on a luxury vacation in the Maldives where a frantic Ashton Carter, Barack Obama’s secretary of defense, was unable to reach him for days.

A year later, MBS unveiled Vision 2030 a grandiose development plan aimed at bringing Saudi Arabia into the 21st century by diversifying the economy, loosening the grip of the ultra-intolerant Wahhabiyya,and putting an end to the country’s dual addiction to oil revenue and cheap foreign labor. In a country in which young men routinely wait years for a comfortable government sinecure to open up, the goal was to rejigger the incentives to encourage them to take private-sector jobs instead.

It hasn’t worked. In a rare moment of candor, a pro-government newspaper recently reported that thousands of employers are evading government hiring quotas by paying Saudi workers not to show up. “Employers say young Saudi men and women are lazy and are not interested in working,” it said, “and accuse Saudi youth of preferring to stay at home rather than to take a low-paying job that does not befit the social status of a Saudi job seeker.” 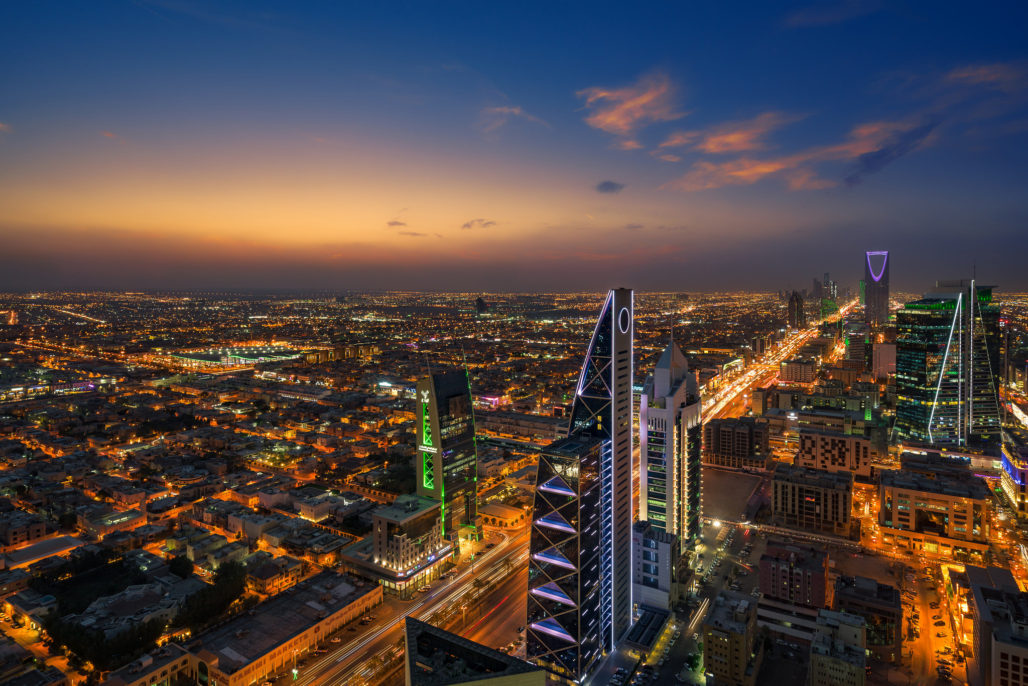 Some 800,000 foreign workers have left the country while capital is fleeing in the wake of last November’s mass roundup in which hundreds of princes and businessmen were herded into the Riyadh Ritz-Carlton and forced to turn over billions in assets. Foreign direct investment has plummeted from $7.5 billion to $1.4 billion since 2016 while a series of super-splashy development projects are in jeopardy now that Saudi Aramco privatization, which MBS was counting on as a revenue source, is on hold.

While granting women permission to drive, MBS has imprisoned women’s rights advocates, threatened a dissident cleric and five Shiite activists with the death penalty, and cracked down on satirical postings on social media.  He preaches austerity and hard work, yet plunked down $500 million for his yacht, $450 million for a painting by Leonardo da Vinci, and $300 million for a French chateau. The hypocrisy is so thick that it’s almost as if he wants to be overthrown.

As for the lean and hungry fundamentalists whom Ibn Khaldun said would administer the final blow, there’s no doubt who fits that bill: ISIS and al- Qaida. Both are fierce, warlike, and pious, both inveigh against a Saudi regime drowning in corruption, and both would like nothing more than to parade about with the crown prince’s head on a pike.

In May, al-Qaida denounced Saudi religious reforms as “heretical” and urged clerics to rise up against a “moderate, open Islam, which all onlookers know is American Islam.”

In July, Islamic State took credit for an attack on a Saudi security checkpoint that claimed the life of a security officer and a foreign resident. 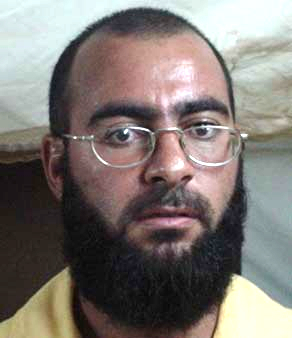 These are fighting words. Both groups meanwhile enjoy extensive support inside the kingdom. Prior to the attack on the World Trade Center, wealthy Saudis, including members of the royal family, helped fund al-Qaida to the tune of $30 million a year, according to Anthony Summers and Robbyn Swan’s 2011 best seller, The Eleventh Day: The Full Story of 9/11 and Osama bin Laden.

In 2009, then-Secretary of State Hillary Clinton confided in a diplomatic memo that “donors in Saudi Arabia constitute the most significant source of funding to Sunni terrorist groups worldwide.” More than three thousand Saudis have traveled to Syria and Iraq to join up with al-Qaida, ISIS and other Islamist forces. Once they return home, such jihadis might constitute a fifth column threatening the royal family as well. A crumbling royal family could fall like a ripe date into their outstretched palm.

Could Saudi Arabia become the Middle East’s next failed state?

Washington is filled with so-called Middle East experts contributing to one disaster after another. Could it be that the best Mideast hand worth listening to is a North African scholar who died more than six centuries ago?

← Seven Days in September
The Trouble With ‘Preventing Palestine’ →

86 comments for “Is Saudi Arabia the Middle East’s Next Failed State?”