Seeking to maintain its credibility, The New York Times dispenses with the criminal justice system and basic principles of journalism to weigh in again on Russia-gate, reports Joe Lauria.

We’ve seen it before: a newspaper and individual reporters get a story horribly wrong but instead of correcting it they double down to protect their reputations and credibility—which is all journalists have to go on—and the public suffers.

Sometimes this maneuver can contribute to a massive loss of life. The most egregious example was the reporting in the lead-up to the invasion of Iraq. Like nearly all Establishment media, The New York Times got the story of Iraq’s weapons of mass destruction—the major casus belli for the invasion—dead wrong. But the Times, like the others, continued publishing stories without challenging their sources in authority, mostly unnamed, who were pushing for war.

The result was a disastrous intervention that led to hundreds of thousands of civilian deaths and continued instability in Iraq, including the formation of the Islamic State.

In a massive Times‘ article published on Thursday, entitled, “‘A Plot to Subvert an Election: Unravelling the Russia Story So Far,” it seems that reporters Scott Shane and Mark Mazzetti have succumbed to the same thinking that doubled down on Iraq.

They claim to have a “mountain of evidence” but what they offer would be invisible on the Great Plains.

With the mid-terms looming and Special Counsel Robert Mueller unable to so far come up with any proof of collusion between Russia and the Trump campaign to steal the 2016 election—the central Russia-gate charge—the Times does it for him, regurgitating a Russia-gate Round-Up of every unsubstantiated allegation that has been made—deceptively presented as though it’s all been proven. 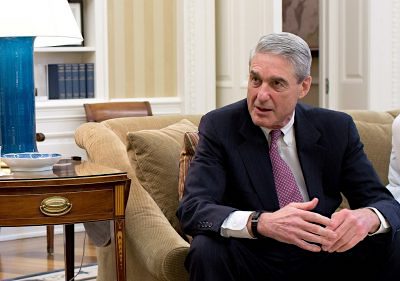 Mueller: No collusion so far.

This is a reaffirmation of the faith, a recitation of what the Russia-gate faithful want to believe is true. But mere repetition will not make it so.

The Times’ unsteady conviction is summed up in this paragraph, which the paper itself then contradicts only a few paragraphs later:

“What we now know with certainty: The Russians carried out a landmark intervention that will be examined for decades to come. Acting on the personal animus of Mr. Putin, public and private instruments of Russian power moved with daring and skill to harness the currents of American politics. Well-connected Russians worked aggressively to recruit or influence people inside the Trump campaign.”

But this schizoid approach leads to the admission that “no public evidence has emerged showing that [Trump’s] campaign conspired with Russia.”

The Times also adds: “There is a plausible case that Mr. Putin succeeded in delivering the presidency to his admirer, Mr. Trump, though it cannot be proved or disproved.”

This is an extraordinary statement. If it cannot be “proved or disproved” what is the point of this entire exercise: of the Mueller probe, the House and Senate investigations and even of this very New York Times article?

Attempting to prove this constructed story without proof is the very point of this piece.

The 10,000-word article opens with a story of a pro-Russian banner that was hung from the Manhattan Bridge on Putin’s birthday, and an anti-Obama banner hung a month later from the Memorial Bridge in Washington just after the 2016 election.

On public property these are constitutionally-protected acts of free speech. But for the Times, “The Kremlin, it appeared, had reached onto United States soil in New York and Washington. The banners may well have been intended as visual victory laps for the most effective foreign interference in an American election in history.” 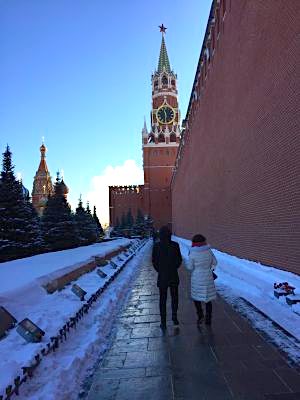 Why? Because the Times tells us that the “earliest promoters” of images of the banners were from social media accounts linked to a St. Petersburg-based click-bait farm, a company called the Internet Research Agency. The company is not legally connected to the Kremlin and any political coordination is pure speculation. IRA has been explained convincingly as a commercial and not political operation. Its aim is get and sell “eyeballs.”

For instance the company conducted pro and anti-Trump rallies and social media messages, as well as pro and anti-Clinton. But the Times, in classic omission mode, only reports on “the anti-Clinton, pro-Trump messages shared with millions of voters by Russia.” Sharing with “millions” of people on social media does not mean that millions of people have actually seen those messages. And if they had there is little way to determine whether it affected how they voted, especially as the messages attacked and praised both candidates.

The Times reporters take much at face value, which they then themselves undermine. Most prominently, they willfully mistake an indictment for a conviction, as if they do not know the difference.

This is in the category of Journalism 101. An indictment need not include evidence and under U.S. law an indictment is not evidence. Juries are instructed that an indictment is merely an accusation. That the Times commits this cardinal sin of journalism to purposely confuse allegations with a conviction is not only inexcusable but strikes a fatal blow to the credibility of the entire article.

It actually reports that “Today there is no doubt who hacked the D.N.C. and the Clinton campaign. A detailed indictment of 12 officers of Russia’s military intelligence agency, filed in July by Mr. Mueller, documents their every move, including their break-in techniques, their tricks to hide inside the Democrats’ networks and even their Google searches.”

Who needs courts when suspects can be tried and convicted in the press?

What the Times is not taking into account is that Mueller knows his indictment will never be tested in court because the GRU agents will never be arrested, there is no extradition treaty between the U.S. and Russia and even if it were miraculously to see the inside of a courtroom Mueller can invoke states secrets privilege to show the “evidence” to a judge with clearance in his chambers who can then emerge to pronounce “Guilty!” without a jury having seen that evidence.

This is what makes Mueller’s indictment more a political than a legal document, giving him wide leeway to put whatever he wants into it. He knew it would never be tested and that once it was released, a supine press would do the rest to cement it in the public consciousness as a conviction, just as this Times piece tries to do.

Errors of Commission and Omission

There are a series of erroneous assertions and omissions in the Times piece, omitted because they would disturb the narrative:

–Not mentioning that the FBI was never given access to the DNC server but instead gullibly believing the assertion of the anti-Russian private company CrowdStrike, paid for by the DNC, that the name of the first Soviet intelligence chief found in metadata proves Russia was behind the hack. Only someone wanting to be caught would leave such a clue.

–Incredibly believing that Trump would have launched a covert intelligence operation on live national television by asking Russia to get 30,000 missing emails. 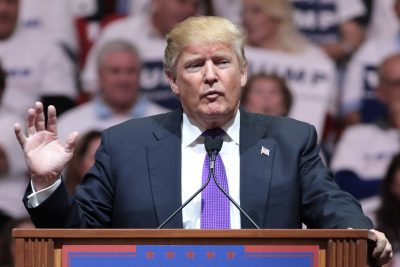 Trump: Sarcastically calls on Russia to get Clinton emails.

–Ignoring the possible role of the MI6, the CIA and the FBI setting up Trump campaign members George Papadopoulos and Carter Page as “colluders” with Russia.

–Repeating misleading statements about the infamous Trump Tower meeting, in which Trump’s son did not seek dirt on Clinton but was offered it by a music promoter, not the Russian government. None was apparently produced. It’s never been established that a campaign receiving opposition research from foreigners is illegal (though the Times has decided that it is) and only the Clinton campaign was known to have obtained any.

–Making no mention at all of the now discredited opposition research dossier paid for by the Clinton campaign and the DNC from foreign sources and used by the FBI to get a warrant to spy on Carter Page and potentially other campaign members.

–Dismissing the importance of politicized text messages between FBI agents Peter Strzok and Lisa Page because the pair were “skewered regularly on Mr. (Sean) Hannity’s show as the ‘Trump-hating F.B.I. lovebirds.’”

–Putting down to “hyped news stories” the legitimate fear of a new McCarthyism against anyone who questions the “official” story being peddled here by the Times.

–Seeking to get inside Putin’s head to portray him as a petulant child seeking personal revenge against Hillary Clinton, a tale long peddled by Clinton and accepted without reservation by the Times.

–Pretending to get into Julian Assange’s head as well, saying he “shared Mr. Putin’s hatred of Mrs. Clinton and had a soft spot for Russia.” And that Assange “also obscured the Russian role by fueling a right-wing conspiracy theory he knew to be false.”

–Ignoring findings backed by the Veteran Intelligence Professionals for Sanity that the DNC emails were leaked and not hacked.

–Erroneously linking the timing of WikiLeaks’ Podesta emails to deflect attention from the “Access Hollywood” tape, as debunked in Consortium News by Italian journalist Stefania Maurizi, who worked with WikiLeaks on those emails.

The piece swallows whole the Establishment’s geo-strategic Russia narrative, as all corporate media do. It buys without hesitation the story that the U.S. seeks to spread democracy around the world, and not pursue its economic and geo-strategic interests as do all imperial powers.

The Times reports that, “The United States had backed democratic, anti-Russian forces in the so-called color revolutions on Russia’s borders, in Georgia in 2003 and Ukraine in 2004.” The Times has also spread the erroneous story of a democratic revolution in Ukraine in 2014, omitting crucial evidence of a U.S.-backed coup.

The Times disapprovingly dismisses Trump having said on the campaign trail that “Russia was not an existential threat, but a potential ally in beating back terrorist groups,” when an objective view of the world would come to this very conclusion.

The story also shoves aside American voters’ real concerns that led to Trump’s election. For the Times, economic grievances and rejection of perpetual war played no role in the election of Trump. Instead it was Russian influence that led Americans to vote for him, an absurd proposition defied by a Gallup poll in July that showed Americans’ greatest concerns being economic. Their concerns about Russia were statistically insignificant at less than one percent.

Ignoring Americans’ real concerns exposes the class interests of Times staffers and editors who are evidently above Americans’ economic and social suffering.  The Times piece blames Russia for social “divisions” and undermining American democracy, classic projection onto Moscow away from the real culprits for these problems: bi-partisan American plutocrats. That also insults average Americans by suggesting they cannot think for themselves and pursue their own interests without Russia telling them what to do.

Establishment reporters insulate themselves from criticism by retreating into the exclusive Establishment club they think they inhabit. It is from there that they vicariously draw their strength from powerful people they cover, which they should instead be scrutinizing. Validated by being close to power, Establishment reporters don’t take seriously anyone outside of the club, such as a website like Consortium News.

But on rare occasions they are forced to take note of what outsiders are saying. Because of the role The New York Times played in the catastrophe of Iraq its editors took the highly unusual move of apologizing to its readers. Will we one day read a similar apology about the paper’s coverage of Russia-gate?

208 comments for “The New York Times as Judge and Jury”