In a corporatist system of government, wherein there is no meaningful separation between corporate power and state power, corporate censorship is state censorship, argues Caitlin Johnstone in this commentary.

Last year, representatives of Facebook, Twitter, and Google were instructed on the US Senate floor that it is their responsibility to “quell information rebellions” and adopt a “mission statement” expressing their commitment to “prevent the fomenting of discord.”

“Civil wars don’t start with gunshots, they start with words,” the representatives were told. “America’s war with itself has already begun. We all must act now on the social media battlefield to quell information rebellions that can quickly lead to violent confrontations and easily transform us into the Divided States of America.” 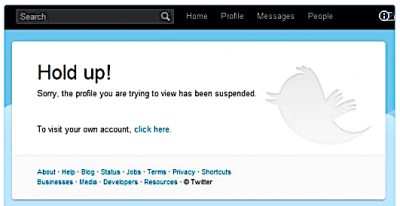 I don’t like Alex Jones. He’s made millions saying the things disgruntled right-wingers want to hear instead of telling the truth; he throws in disinfo with his info, which is the same as lying all the time. He’s made countless false predictions and his sudden sycophantic support for a US president has helped lull the populist right into complacency when they should be holding Trump to his non-interventionist campaign pledges, making him even more worthless than he was prior to 2016.

But this isn’t about defending Alex Jones. He just happens to be the thinnest edge of the wedge.

Infowars has been censored from Facebook, Youtube (which is part of Google), Apple, Spotify, and now even Pinterest, all within hours of each other. This happens to have occurred at the same time Infowars was circulating a petition with tens of thousands of signatures calling on President Trump to pardon WikiLeaks editor-in-chief Julian Assange, who poses a much greater threat to establishment narratives than Alex Jones ever has. Assange’s mother also reports that this mass removal of Infowars’ audience occurred less than 48 hours after she was approached to do an interview by an Infowars producer.

In a corporatist system of government, wherein there is no meaningful separation between corporate power and state power, corporate censorship is state censorship. Because legalized bribery in the form of corporate lobbying and campaign donations has given wealthy Americans the ability to control the U.S. government’s policy and behavior while ordinary Americans have no effective influence whatsoever, the U.S. unquestionably has a corporatist system of government. Large, influential corporations are inseparable from the state, so their use of censorship is inseparable from state censorship.

This is especially true of the vast mega-corporations of Silicon Valley, whose extensive ties to U.S. intelligence agencies are well-documented. Once you’re assisting with the construction of the US military’s drone program, receiving grants from the CIA and NSA for mass surveillance, or having your site’s content regulated by NATO’s propaganda arm, you don’t get to pretend you’re a private, independent corporation that is separate from government power. It is possible in the current system to have a normal business worth a few million dollars, but if you want to get to billions of dollars in wealth control in a system where money translates directly to political power, you need to work with existing power structures like the CIA and the Pentagon, or else they’ll work with your competitors instead of you

And yet every time I point to the dangers of a few Silicon Valley plutocrats controlling all new media political discourse with an iron fist, Democratic Party loyalists all turn into a bunch of hardline free market Ayn Rands. “It’s not censorship!” they exclaim. “It’s a private company and can do whatever it wants with its property!”

They do this because they know their mainstream, plutocrat-friendly “centrist” views will never be censored. Everyone else is on the chopping block, however. Leftist sites have already had their views slashed by a manipulation of Google’s algorithms, and it won’t be long before movements like BDS and Antifa and skeptics of the establishment Syria and Russia narratives can be made to face mass de-platforming on the same exact pretext as Infowars.

This is a setup. Hit the soft target so your oligarch-friendly censorship doesn’t look like what it is, then once you’ve manufactured consent, go on to shut down the rest of dissenting media bit by bit.

Don’t believe that’s the plan? Let’s ask sitting US Senator Chris Murphy: “Infowars is the tip of a giant iceberg of hate and lies that uses sites like Facebook and YouTube to tear our nation apart,” Murphy tweeted in response to the news. “These companies must do more than take down one website. The survival of our democracy depends on it.”

That sure sounds an awful lot like the warnings issued to the Silicon Valley representatives on the Senate floor at the beginning of this article, no? This is headed somewhere dark.

We’re going to have to find a way to keep the oligarchs from having their cake and eating it too. Either (A) corporations are indeed private organizations separate from the government, in which case the people need to get money out of politics and government agencies out of Silicon Valley so they can start acting like it, and insist that their owners can’t be dragged out on to the Senate floor and instructed on what they can and can’t do with their business, or (B) these new media platforms get treated like the government agencies they function as, and the people get all the First Amendment protection that comes with it. Right now the social engineers are double-dipping in a way that will eventually give the alliance of corporate plutocrats and secretive government agencies the ability to fully control the public’s access to ideas and information.

If they accomplish that, it’s game over for humanity. Any hope of the public empowering itself over the will of a few sociopathic, ecocidal, omnicidal oligarchs will have been successfully quashed. We are playing for all the chips right now. We have to fight this. We have no choice.

This commentary was originally published on CaitlinJohnstone.com .

← The Faulty Logic Behind the Attack on BDS
Election Results Could be Good for Pakistan, Bad for US →