A bold new political face has come to power in the recent Pakistani elections, possibly offering the US a new opportunity in that country. Sadly the opportunity will likely be squandered—again. There’s something about Pakistani and US interests that seem doomed to collision course—mainly because Pakistan’s national interests are rarely what the US thinks they should be.

Pakistanis themselves can be pleased the country has just experienced for only the second time in its history a democratic electoral transition from one political party to another. Over long decades democratically-elected governments have been routinely dethroned by the all-powerful Pakistani military-dominated intelligence service ISI. 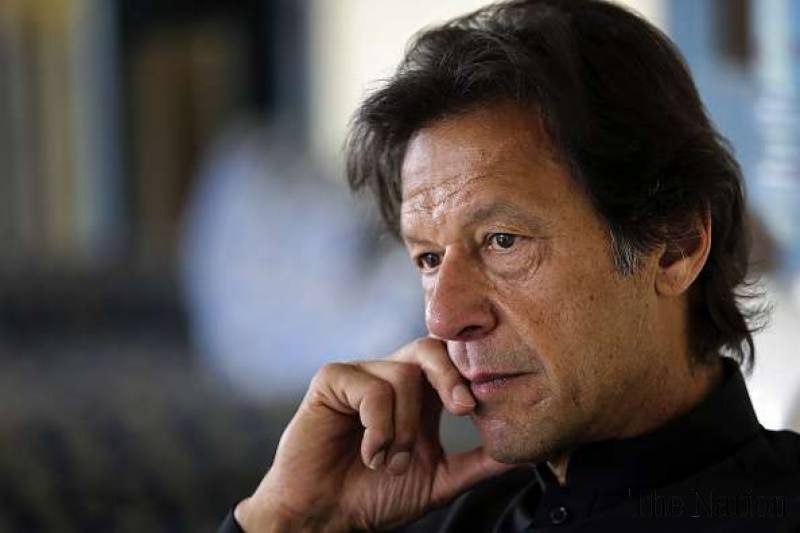 A key problem is that American interests in Pakistan have had little to do with Pakistan itself, but have been the function of other American interests—China, fighting the Soviet Union, al-Qaeda, and trying to win an ongoing—and losing—17-year US war in Afghanistan. Once about eliminating al-Qaeda, Washington today hopes the war in Afghanistan will eliminate the often violent fundamentalist Pashtun movement (Taliban) and enable the US to impose its strategic agenda upon Afghanistan. And over decades the US has alternately cajoled, but mostly threatened Pakistan to do US bidding in Afghanistan. (A former Deputy Secretary of the Pentagon, in the months after 9/11, threatened to “bomb Pakistan back to the Stone Age” if it didn’t fully get on board and support the new US invasion of Afghanistan.)

In an earlier decade, after the USSR invaded Afghanistan in 1979 to prop up a failing Afghan communist regime, the US had recruited the Pakistani government to take the lead in organizing a new anti-Soviet “jihad” through supporting new mujahedin groups in Afghanistan. It was a fateful moment: this anti-Soviet jihad represented the first time that Islamist warriors, recruited from around the world in a joint US-Saudi-Pakistani strategy, became a powerful battle-hardened jihadi force that would later go on to fight new wars in the Middle East—and against US interests. As one of the mujahideen told me at the time, they had “defeated a superpower”—the USSR—and driven Soviet troops out of Afghanistan. What would be the implications for the future?

Then, after 9/11, the US invaded Afghanistan in order to overthrow the ruling Taliban—who had taken over the country and restored order after a devastating. nine-year Afghan civil war following the Soviet withdrawal. The Taliban actually represent a home-grown movement—they had no interest in international terrorism.  But they made one disastrous mistake: they allowed Osama Bin Laden to stay on in Afghanistan after he had played a small role in supporting the Taliban in achieving power in 1996. The US invasion ensued.

The thing to be remembered is that the Taliban are primarily a Pashtun movement; Pashtuns constitute the single largest ethnic group in multi-ethnic Afghanistan and have traditionally dominated national Afghan politics over several hundred years. While unquestionably following a kind of Wahhabi-style Islamic rule, they also represent a powerful Pashtun ethnic impulse. Many Afghan Pashtuns dislike the Taliban but they generally also wish to see Pashtuns maintain power in Afghanistan. This same ethnic issue matters a lot when it comes to Pakistan.

The stated US agenda in Afghanistan now is to prevent the Taliban, who are conducting a fairly successful insurgency against the US-backed government in Kabul, from coming to power. Yet there is no way the Taliban can be decisively defeated, while the US may yet opt to move into its third decade of war there in trying to keep them out of power. While Taliban theology and policies are fairly Wahhabi in character, is it worth the longest war in American history to struggle on to keep them out? (There are a few encouraging signs that the US may be actually trying to reach some negotiated back-door deal with the Taliban for future power-sharing, but the Taliban may just decide to wait the US out.) What Washington doesn’t talk about is its long, strategic ambition to maintain military bases in Afghanistan, right in the heart of Central Asia in close proximity to Russia and China—very much out of the US Cold War playbook. But is it worth this costly and losing game?

Here’s where Pakistan comes in. In the Pak-Afghan border region there are twice as many Pashtuns living in Pakistan as there are in Afghanistan. They represent a powerful force in Pakistani politics—and that’s where Imran Khan, Pakistan’s new president from the heart of Pashtun territory, also comes in. 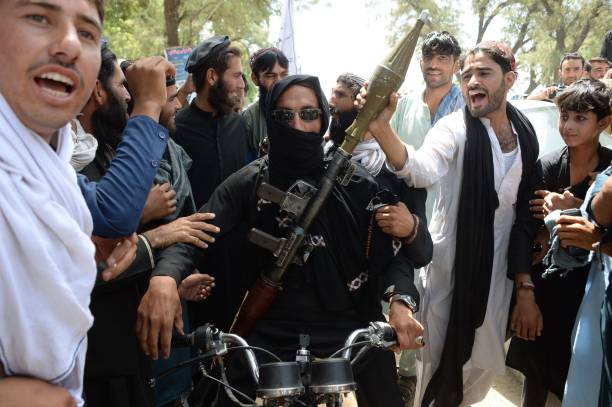 Afghan Taliban militant carries a rocket-propelled grenade on the second day of Eid on the outskirts of Jalalabad on June 16, 2018. – (Photo NOORULLAH SHIRZADA/AFP/Getty Images)

Bottom line: the US has consistently attempted to enlist Pakistan into rescuing America’s losing war in Afghanistan; a key US demand has been for the Pakistanis to sever ties between Pakistani and Afghan Taliban movements and crush all radical Islamist groups in the border region. There is no doubt Pakistan has indeed helped the Afghan Taliban (Pashtuns) to fight on in Afghanistan. Pakistan has a deep interest, domestic and foreign, in keeping close ties with all Pashtuns, Taliban or not. (The Pakistani Taliban movement is more violent than the Afghan one but cannot be easily crushed —perhaps only tamed—even by the Pakistani government.)

And the power base of Pakistan’s new president lies precisely in this Pashtun region of the country. Khan will not likely agree to any policy pressures from the US to crush Taliban cross-border ties; he favors a strong Pashtun/Taliban presence in any Afghan government. Khan, a former cricket star, has also been outspokenly critical of the US role in Pakistan and he will guard Pakistani sovereignty more jealously than his predecessors.

And Then There’s India

And then there are geopolitics with India. Already hugely outweighed and outgunned by a huge and powerful Indian state on Pakistan’s eastern border, Pakistan’s geopolitics dictate that it can never allow its geographically narrow state to be simultaneously threatened by a pro-Indian government on Pakistan’s western border in Afghanistan. Yet India has hugely invested—financially, politically and in an intelligence presence in Afghanistan with US blessing, which is perceived in Islamabad as a deadly geopolitical threat. Pakistan will do all it can to ensure that Afghanistan does not fall under Indian political domination. That also means deep involvement in Afghan Pashtun politics (that include the Taliban).

The US has consistently run roughshod over Pakistani sovereignty throughout its war in Afghanistan, thereby generating strong anti-US feelings in Pakistan. (My first novel: “Breaking Faith: An American’s Crisis of Conscience in Pakistan,” deals  heavily with these issues, including the CIA and American military presence in Pakistan, as well as the complicated range of Pakistani Islamist movements at the human level of a Pakistani family.)

And finally there is the ever-growing China factor. Pakistan has long been China’s closest ally and considers Beijing to be an “all-weather friend”— in pointed distinction to perceived US opportunism in Pakistan. Both Pakistan and Afghanistan are now integral elements in China’s sweeping new economic and infrastructural Eurasian development plan “One Bridge, One Road.”  (Iran too, incidentally, is linked into the same Chinese vision.) There is no way Pakistan will ever choose close ties with Washington over ties with China, for a dozen good reasons, including shared mutual distrust of India.

In short, Imran Khan may well bring some fresh air into Pakistani politics, including a declared willingness to clamp down on the country’s rampant corruption. The powerful Pakistan military also supports him. It is hard to imagine how the US will not continue to lose ever more traction in the Pakistan-Afghan morass short of undertaking a major US shift away from its military-driven foreign policy. That US policy and style seems to tally ever less with the interests of most states of the region.

Graham E. Fuller is a former senior CIA official, author of numerous books on the Muslim World; his latest book is BEAR, a novel of the Great Bear Rainforest and Eco-Terrorism. (Amazon, Kindle) grahamefuller.com

← In A Corporatist System Of Government, Corporate Censorship Is State Censorship
Senator Richard Burr: a Longtime Fan of Torture →

45 comments for “Election Results Could be Good for Pakistan, Bad for US”