As Donald Trump’s anti-immigrant policy intensifies, an organization founded in 1986 has stepped up its efforts to help families under attack, as Dennis J. Bernstein explains.

America’s “National Pastime” used to be the heart of the matter for Enrique Morones. But in 1986, Morones turned his back on an impressive and lucrative career in Major League baseball, as the Vice President of Latino & International Marketing for the San Diego Padres, and became a “water carrier” on the desert. He soon founded the Border Angels, whose key purpose was the life and death delivery of water to those women and children and men who found themselves lost and stranded on the dessert, after fleeing their counties for a better safer life in El Norte.

Morones, the first person to gain dual United States and Mexican Citizenship, has since joined forces with the United Farm Workers, Ethel Kennedy (the widow of Robert Kennedy) and others to give voice and a human face to the struggle of undocumented people, now under extraordinary attack by a bluntly and actively anti-immigrant Trump administration.

In 2006, producers for the Flashpoints show traveled with Morones in a caravan that included thousands of activists, protesters and organizers across the entire country in the first “Marcha Migrante”, an action that inspired many spirited protests and demonstrations across the country, and in what came to be known as the “immigrant spring.”

I caught up with Morones in San Diego just after a protest at an ICE detention center, just a few blocks from the US/Mexico border, between San Diego and Tijuana. The prison itself is relatively new, built in the last five or ten years. It is a private prison run by the Corrections Corporation of America, the largest prison company in the world. They warehouse over a thousand detainees in their San Diego facility.

Dennis Bernstein: Greetings Enrique Morones. Enrique, I have just heard about a young father who committed suicide after his three-year old son was taken away. Do you want to give us your sense of what is going on and how you have been responding to this kind of brutality? 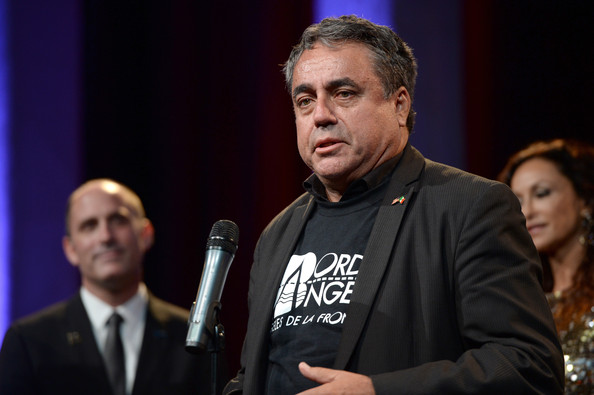 Morones: Couldn’t contain himself if he met Trump.

Enrique Morones: Sadly, the situation with Trump continues to get worse. While he spreads his message of hate– not only calling us rapists and criminals now, but animals–we see how law enforcement has been stepping up their attacks on migrants. I don’t know if you have seen the video which is making the rounds. Yesterday after the protests, the protesters were going to get something to eat and the border patrol surrounded them. They responded that they were not going to let themselves be harassed and eventually the border patrol left. It is important that we speak out, that we not be silent. We had the woman from Guatemala who was killed on the Texas border a couple of weeks ago, shot in the head. Of course, the border patrol is saying they had been aggressive–something which witnesses denied. Especially these attacks on children show the worst of the American spirit, since a society can be judged according to how it treats its children. To have these children separated from families, lost in the system, threatened to be separated if they are seeking asylum, is a total violation of human rights law. This past Saturday here in San Diego we held a mass entitled “Footprints of Tenderness” with US and Mexican Catholic and Episcopalian bishops. A caravan was launched from Friendship Park which will travel all the way to the tip of South America. It will take about a year. We want the faith community to be aware, the general public to be aware, the lawmakers to be aware. We know that Donald Trump is a lost cause, but there are people speaking out, like John McCain and some of the Democrats, and it is important that they all speak out. Because the whole world is watching and it is a shameful situation, what Trump and Sessions are doing. Racist members of law enforcement are feeling more empowered.

DB: Right now, the way I understand it, the US has a policy of systematically denying people’s right to apply for asylum by splitting families, by brutalizing them, by causing so much suffering that they turn back around. This is really one step further than Obama.

EM: This is twenty steps further than Obama. It is just totally inhumane. Not only are they separating those seeking asylum, they are threatening the ones who are thinking of coming to the border. These are families who are escaping very dangerous, violent situations in their home countries, mainly from El Salvador, Honduras, and Guatemala, but other countries as well, including Mexico. They are working their way up to the border to turn themselves in for asylum, which is a universal human right. These people under Trump seem to think that if they threaten to separate the children they are not going to come. Do they really expect these people to stay at home and watch their children being executed in front of them? Of course not. They are going to be working their way up to the northern border, hoping that they are not going to be that family separated from their children. None of the 11,000 people who have died because of Operation Gatekeeper expected to die. People are leaving because they have to leave, not because they want to. The current policy is similar to what happened to slave families that were brought here, to what the Nazis did. I never thought that this country would be doing this in this day and age. We need to rise up in protest, demanding that the people held in detention be treated humanely.

DB: How has the work of the Border Angels evolved? Part of the work that you do is put water in the desert where you know people are coming through. People have actually been arrested for being water carriers. Is it still necessary to bring water to the desert? Is the border patrol still undermining that work? 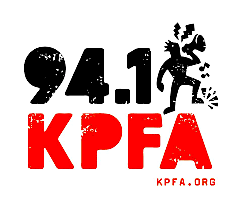 EM: As you know, we started putting water in the desert along the San Diego/Tijuana border, in the Imperial Valley and in Arizona in 1994, when Operation Gatekeeper began. We had groups going out there three of four times a month, with thirty or forty volunteers. By November 2016 we had five hundred volunteers showing up, so we had to set the limit at 100-150 people. And yes, it is still necessary. In the past five years we have seen a dramatic reduction in people crossing, with the economy recovering somewhat in Mexico. Now the largest group is coming from Central America. They typically cross along the Texas border, which is 75% of the Mexico/US border. But some cross here, too, into California or Arizona. We are busier than ever because of the hate from Trump. Even though fewer people are coming, it is more dangerous than ever. Hate rhetoric leads to hate acts. We see more hate crimes being committed. We are right across the street from an elementary school where moms are sometimes scared to walk their kids to school. The racist minority in this country are feeling more empowered.

DB: People like my colleague Miguel Molina are beginning to talk about “concentration camps,” about suffering that harkens back to World War II.

EM: These facilities are sometimes called “ICE coolers.” They are not made for the detention of children or families. These predominantly women and children are not criminals. Of course, it is inhumane to treat anyone in this manner, even if they are criminals. They are arresting so many people, profiling people who haven’t done anything wrong, who are documented. Now they are going to be putting them in real prisons and separating them from their children. So it is an inhumane situation. It is very difficult to get into the detention facilities to view the conditions. Even a couple congresspeople were not able to get in. Here are the people who make the laws and it is very suspicious when they are prohibited from seeing how the laws are being carried out.

DB: What kinds of special actions are you planning? Are there workshops for people to learn how to protect themselves? Are support groups being organized? How are people rising up to meet this kind of repression?

EM: Throughout the state of California and in other areas, we have organized rapid response teams to alert people to ICE raids in their communities. This is what the mayor of Oakland did and we applaud her for that. We also hand out “know your rights” cards to people so people know that they have the right to remain silent, to have an attorney, to ask to speak to the consulate of their country. Oftentimes those rights aren’t being honored. When you see that something happens, say something. The badge doesn’t give you a special privilege to be racist and abuse people. Law enforcement is taking advantage of this ugly prevailing mood and it is not acceptable. We are telling people not to wait until ICE knocks on your door. Set up a system beforehand so that if you are going to be deported, your children can be turned over to a family member. Once you are in custody, it is too late to do that. You have to set that up beforehand. That is one reason why children are being lost in the system.

DB: Finally, if you suddenly found yourself nose-to-nose with Trump, what would you tell him?

EM: I don’t think I would be able to contain myself. I have spoken to presidents in the past, but I would never recognize Trump as my president. If I were invited to the White House, as I have been in the past, I would not go. I am all for dialogue when you are dealing with a sane person. I will go to Washington, as I have in the past, to protest, and I will meet with elected officials, but not with the likes of Trump or Mike Pence. Those people should be put in their place, behind bars and not in positions of great power.