Years after George W. Bush created a secret “kill list” of alleged terrorism suspects, it remains murky how one gets on the list, and just as complicated to try to get off it, as Marjorie Cohn explains.

After the 9/11 attacks, the Bush administration created a secret “kill list” to step up the targeting of alleged terrorists for assassination. The criteria for inclusion on the list have apparently morphed over three presidential administrations, yet they remain elusive.

Last year, two journalists filed a federal lawsuit against Donald Trump and other high government officials, asking to be removed from the kill list until they have a meaningful opportunity to challenge their inclusion. Both men claim to have no association with al-Qaeda or the Taliban, to have no connection to the 9/11 attacks, and to pose no threat to the United States, its citizens, residents or national security.

Kareem and Zaidan Try to Get Off

Bilal Abdul Kareem, a U.S. citizen and freelance journalist, has survived five attempts on his life from targeted air-strikes. A Turkish intelligence official told Kareem that the US government is trying to kill him.

Ahmad Muaffaq Zaidan, a citizen of Syria and Pakistan, is a senior journalist with Al Jazeera. He interviewed Osama bin Laden twice before the 9/11 attacks. Zaidan learned about his inclusion on the kill list from National Security Agency (NSA) documents leaked by Edward Snowden and published by The Intercept.

The NSA zeroed in on Zaidan as a result of a program called SKYNET. Ars Technica revealed that SKYNET — which uses an algorithm to gather metadata in order to identify and target terrorist suspects in Afghanistan, Pakistan and Somalia — would result in 99,000 false positives.

In their complaint filed in March 2017, Zaidan and Kareem alleged they were included on the kill list as a result of algorithms used by the United States to identify terrorists.

At a May 1 hearing in the case, Judge Rosemary Collyer of the U.S. District Court for the District of Columbia questioned the U.S. government’s assertion of authority to unilaterally kill U.S. citizens abroad. Collyer repeatedly challenged government lawyers to explain why national security considerations outweigh a U.S. citizen’s inclusion on the kill list with no right to notice and an opportunity to respond. 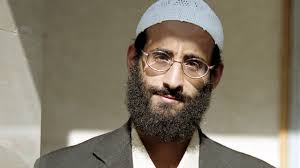 Collyer is the same judge who, in 2014, dismissed a lawsuit filed by the families of Anwar al-Aulaqi, his son Abdulrahman al-Aulaqi and Samir Khan — all US citizens who were killed in 2011 US drone strikes. Their families were seeking to hold officials in the Obama administration personally liable for their roles in the strikes.

Nasser al-Aulaqi was the father of Anwar al-Aulaqi, who was placed on the kill list maintained by the CIA and the military’s Joint Special Operations Command in 2010. Later that year, Nasser filed a lawsuit challenging the authorization for Anwar’s killing before he was killed in a US drone strike in Yemen in 2011. Nasser’s lawsuit sought clarification of the scope of the global battlefield, targeting standards and lack of transparency.

U.S. District Judge John Bates, also of the District of Columbia, dismissed Nasser’s suit, ruling that he lacked standing to challenge the violation of Anwar’s constitutional rights because Nasser’s constitutional rights were not violated by the government’s “alleged targeting of [Nasser’s] son” and the alleged targeting was “not designed to interfere with the father-adult son relationship.” Bates concluded, “[Nasser] cannot show that a parent suffers an injury in fact if his adult child is threatened with a future extrajudicial killing.”

Bates also held that the political question doctrine, based on separation of powers, prevented the judicial branch from reviewing military and foreign affairs decisions made by the executive and legislative branches.

“At its core, the suit sought to exercise a still much-needed check on a dangerous claim of executive power,” Center for Constitutional Rights attorney Pardiss Kebriaei, who filed the 2010 lawsuit on behalf of Nasser, wrote in my collection, Drones and Targeted Killing: Legal, Moral, and Geopolitical Issues.

Like Kareem and Zaidan, Nasser claimed his son had a Fifth Amendment due process right to notice and an opportunity to be heard before being deprived of life, liberty or property.

In the 2014 al-Aulaqi/Khan lawsuit, Collyer considered the plaintiffs’ due process claims, but concluded the families had no remedy for their losses. Collyer noted that the US government had relied on the 2001 Authorization for Use of Military Force and she found compelling considerations of national security, separation of powers and the risk of interfering with military decisions. Collyer wrote that reviewing those decisions would impermissibly insert the courts into “the heart of executive and military planning and deliberation.”

But on May 1, Collyer distinguished Kareem and Zaidan from al-Aulaqi. Collyer said al-Aulaqi’s case “was more clear to me because he was a terrorist and claimed to be one,” but, “I’m very concerned about the rights of a US citizen who … asserts that he is not a combatant, that he has not taken sides. He is just a journalist doing his job.”

In 2014, Judge Anna Brown of the U.S. District Court for the District of Oregon held in Latif v. Holder that plaintiffs’ inclusion on the U.S. “no-fly list” violated their right to due process because it lacked “any meaningful procedures” for them to challenge their placement on the list. As those on the kill list, people on the no-fly list were given no notice or chance to contest the evidence used by the government to watchlist them.

But Brown limited her ruling to international, not domestic, travel. The government did not appeal Brown’s ruling, although there has been further litigation about what process is, in fact, due.

Attorney Steven Goldberg represented the plaintiff in Tarhuni v. Holder, a companion case to Latif. Goldberg told me that when they asked why the government put Tarhuni on the no-fly list, they were informed it was classified. “National security is always their defense,” Goldberg said.

“The government uses the political question doctrine to avoid litigating these issues. But the cases implicate constitutional rights,” he added. Goldberg noted that while courts need to be mindful of national security concerns, there are means to address them while permitting litigation of constitutional claims. They are contained in the Classified Information Procedures Act and lawyers can get security clearances with protective orders limiting disclosure.

Regarding placement on the kill list, however, one surefire way to get off is to wait until they kill you. Short of that, litigation and lobbying members of Congress remain less draconian alternatives.

30 comments for “How to Get Off the Kill List”